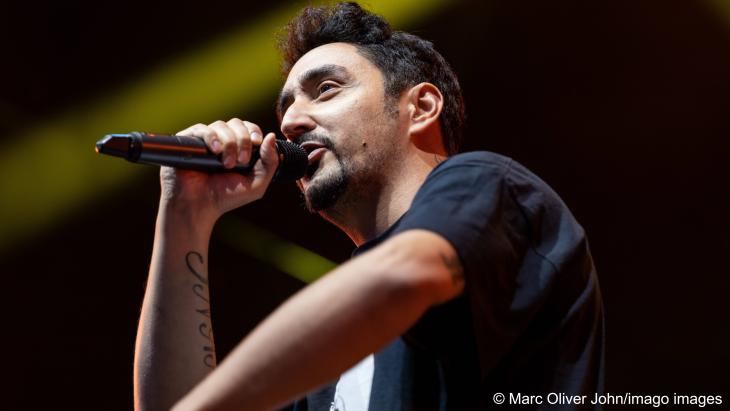 Since the Labour Recruitment Agreement in 1961, Germany has become a second homeland for many people of Turkish origin. Not only have they become an important element of German society, they have also helped influence and shape the German arts scene quite considerably. By Ceyda Nurtsch

Just a short time after the Federal Republic of Germany entered into what was known as the Labour Recruitment Agreement on 30 October 1961, the first group of people originating from Turkey came to Germany. While the German economy was growing rapidly, companies needed foreign workers urgently. 800,000 migrant workers responded to the call before recruitment stopped in 1973. These labourers, who from then on were known as Gastarbeiter (guest workers), came to work in mines and factories. But the guests stayed: as the years passed, Germany became their home. They fetched their families over and made lives for themselves in a foreign country. At the same time, many were dealing with their experiences through the medium of art.

They used their songs, pictures, books and films to build a bridge to their old home and as a way of coping with their new home. The result were songs in Turkish about life in gurbet (abroad) about homesickness and longing. Unnoticed by the German public, a parallel music scene emerged. It wasn’t until the end of the 1970s that musicians like Ozan Ata Canani started reaching out to mainstream society in German as well, in his song Deutsche Freunde (German Friends).

A second wave of migrants came to Germany in the 1980s, as politically persecuted individuals and intellectuals – like songwriter Cem Karaca – fled into exile because of the military coup in 1980. "Komm Türke, trink deutsches Bier, dann bist du auch willkommen hier" (Come on, Turk, drink German beer, then you will be welcome here), was how he commented on the integration debate in his sarcastic ballad Willkommen (Welcome). In the 1990s, with the racist attacks in Moelln and Solingen, it was the turn of migrants’ sons to speak out. Hip-hop group Cartel touched young people with their song Cartel, which also made Turkish rap popular in Turkey. 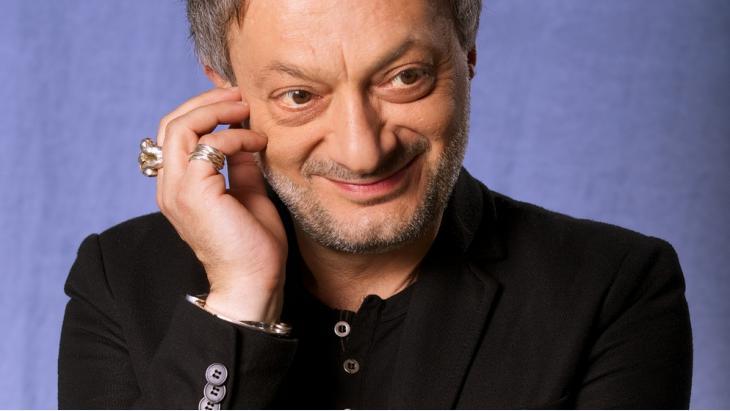 Author Feridun Zaimoglu came to Germany with his parents in 1965 under the terms of the Labour Recruitment Agreement. In 1995, with "Kanak Sprak", he became the mouthpiece for a whole generation of German-Turkish city kids

The genre known as "migrant literature" was barely acknowledged by the wider public until the 1980s. Authors like Yuksel Pazarkaya and Aras Oren saw themselves as mediators between the cultures and tackled issues such as speechlessness, identity and otherness. They also addressed the problems in German society, which was only hesitantly opening up. As late as July 1973, Spiegel magazine ran the headline "The Turks are coming, run for your lives".

It wasn’t until the 1990s that "migrant literature" emerged from its shadowy existence and was acknowledged by a broader German public under the label "Gastarbeiter literature". Authors such as Emine Sevgi Ozdamar, Renan Demirkan and Dogan Akhanli, keeping partly to their origin language and partly writing in German, tackled the dialectics of homeland and foreign countries. Hamburg-based author Feridun Zaimoglu became a mouthpiece for an entire generation of German-Turkish city kids in 1995 with Kanak Sprak. Since then, second and third-generation authors, like Fatma Aydemir, have been writing in German about life between two identities, their experiences of discrimination and racism. With their diverse intercultural writing styles, they have had a crucial influence on contemporary German-language literature. 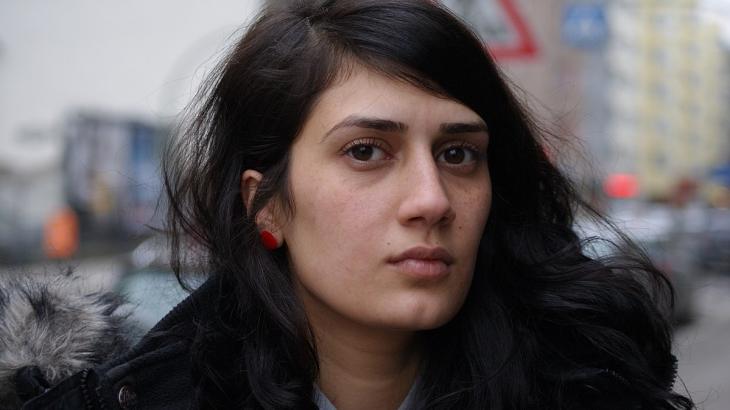 Second and third-generation authors, like Fatma Aydemir, have been writing in German about life between two identities, their experiences of discrimination and racism. With their diverse intercultural writing styles, they have had a crucial influence on contemporary German-language literature

Off to Cannes with Fatih Akin

The theatre and film scene has also changed a great deal under the influence of actors and filmmakers with geographical origins in Turkey. While the film 40 qm Deutschland (40 Square Meters of Germany) by Tevfik Baser from 1986 is considered the point of origin for German-Turkish cinema, Fatih Akin, a director from Hamburg and Golden Globe award winner, is a recognised authority on an international scale as well. In the 2000s, a selection of culture clash comedies was beginning to emerge – in which third-generation filmmakers with geographical origins in Turkey offered a light-hearted and humorous take on themes like identity, integration and homeland in series and films such as Tuerkisch fuer Anfaenger (Turkish for Beginners) and Almanya. Willkommen in Deutschland (Almanya. Welcome to Germany). Berlin theatres Ballhaus Naunynstrasse and Gorki on the other hand pursued the objective of reflecting society in all its diversity with their post-migrant approach.

Between self-empowerment and recognition

There was another migration wave recently after the attempted coup in Turkey in 2016, in which – along with academics and journalists – a large number of artists and authors came to Germany, for example Asli Erdogan and Barbaros Sansal. They are also using literature to come to terms with their experiences in exile. Today, around 60 years after conclusion of the Recruitment Agreement, migrants originating from Turkey – of whom there are more than three million – enjoy an unquestioned status as part of society: Germany is now seen as an immigration country; migration and integration, along with social diversity, discrimination and structural racism, are topics of frequent discussion. 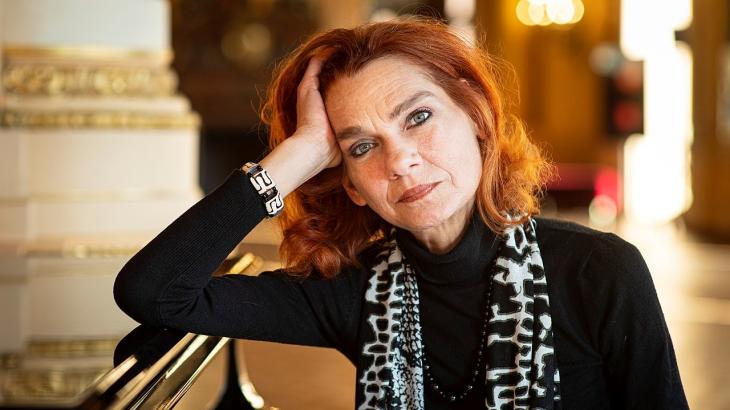 In exile in Germany: author, human rights activist and former political prisoner Asli Erdogan came to Germany in 2017 after organisations including the German Publishers and Booksellers Association had campaigned for her release

But little attention is paid to the life stories of the first generation even today. Singers such as Eko Fresh, whose rap lyrics tell the story of his family’s migration and living together in Germany, as well as music compilations like Songs of Gastarbeiter, aim to counteract that. At the same time the success of female singer Zeynep Avci in the TV format "Voice of Germany" demonstrates that Turkish pop music has arrived in the mainstream. These are all essential elements of Germany’s cultural landscape.

Translated from the German by Jo Beckett

Home
Print
Newsletter
More on this topic
Germanyʹs Turkish migrants: The need to be somebodyQantara photo essay: A generation of 'German-Turks'Immigration and Germany: From foreign worker to citizenDaughters and Sons of Gastarbeiters writers′ collective: "When I go to Germany, I will buy a red tractor" Germanyʹs integration debate: "Your homeland is our nightmare"
Related Topics
Dialogue of Cultures | Intercultural Dialogue, Integration in Germany, Islam in Europe, Literature, Migration, Migration in Germany, Muslims in the West, Performing arts, Policy on refugees and migration, Refugees
All Topics

Dalia Hatuqa is an experienced journalist who has reported on the Israeli-Palestinian conflict from Ramallah, Washington DC and Amman. A writer for Time Magazine, Foreign Affairs ... END_OF_DOCUMENT_TOKEN_TO_BE_REPLACED

Since President Abdul Fattah al-Sisi seized power in Egypt in 2013, he has ruled the country with an iron fist. Civil society, opposition and free press struggle to survive. Tens ... END_OF_DOCUMENT_TOKEN_TO_BE_REPLACED

Many Turks are dissatisfied with the international status of their country. At the same time, opinion polls reveal great scepticism among the Turkish population towards the USA. ... END_OF_DOCUMENT_TOKEN_TO_BE_REPLACED

The German government is planning to legalise cannabis before the end of this legislative period. So what does Islam have to say about its consumption? Will changing the law alter ... END_OF_DOCUMENT_TOKEN_TO_BE_REPLACED

In his latest book, Navid Kermani poses questions about God. It feels like no one could have done it better. His writing elicits smiles, doubt and wonder. By Melanie Christina Mohr END_OF_DOCUMENT_TOKEN_TO_BE_REPLACED
Author:
Ceyda Nurtsch
Date:
Mail:
Send via mail

END_OF_DOCUMENT_TOKEN_TO_BE_REPLACED
Social media
and networks
Subscribe to our
newsletter