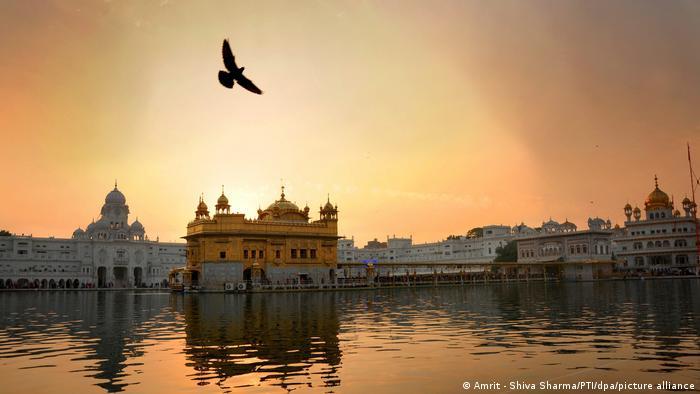 Magnificent architecture: India's most-famous landmark is a worldwide icon: the Taj Mahal tomb mosque in Agra. But there are many other imposing buildings, such as the Golden Temple of Amritsar (pictured), located in Punjab, which is the most spiritually significant sanctuary of the Sikh religion. A visit in the evening is especially beautiful, when the gilded temple walls are bathed by the gentle light 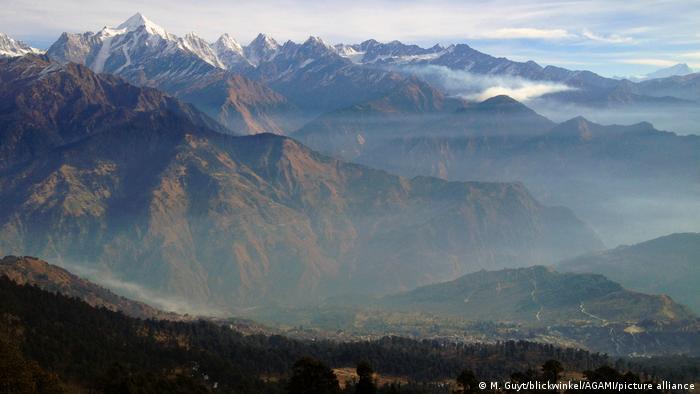 The Himalayas: with its snowy peaks, the mountain range known as the "roof of the world" is one of the most famous in the world. High mountains stretch over 2,500 kilometres, reach up to 8,000 metres high and connect India with Pakistan, China, Nepal and Bhutan. Three different religious cultures also meet here: Hinduism, Buddhism and Islam 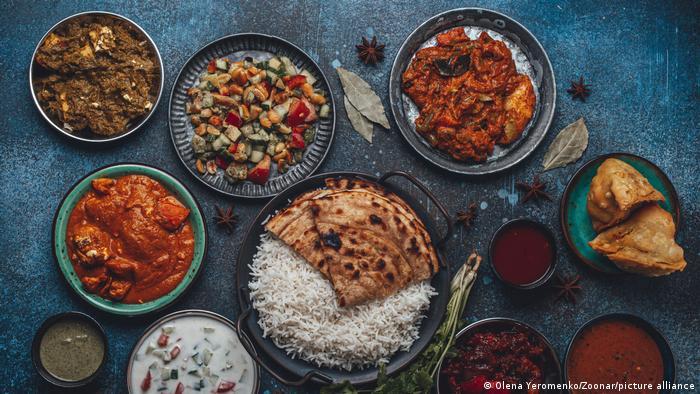 Culinary delights: Indian cuisine is as diverse as the country itself, and forms another good reason to travel to different regions of the country. Curry, as well as dal, a lentil soup, are two of the most common dishes, and are usually served with rice and vegetables. Indian food can get quite spicy, but eating dahi, or curd, can help ease the burn 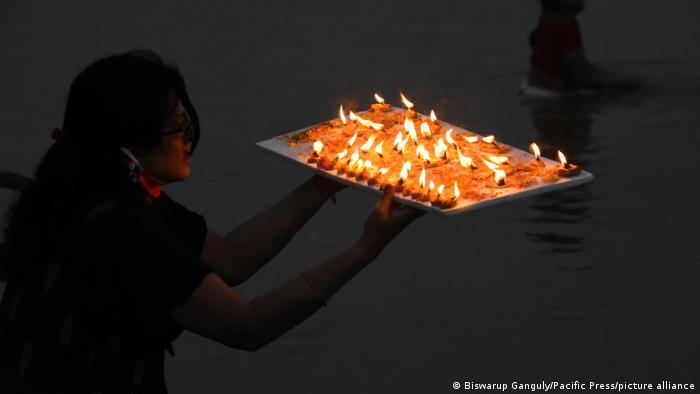 Mind, body and ritual: numerous yoga centres, or ashrams, can be found throughout India. Whether you are a yoga professional or just looking for relaxation, a visit could be an exhilarating experience. Many religious rituals can also be observed while travelling in India. Arti, the daily Hindu prayer ceremony that takes place along the Ganges river near Rishikesh, Haridwar or Varanasi, should be respectfully observed 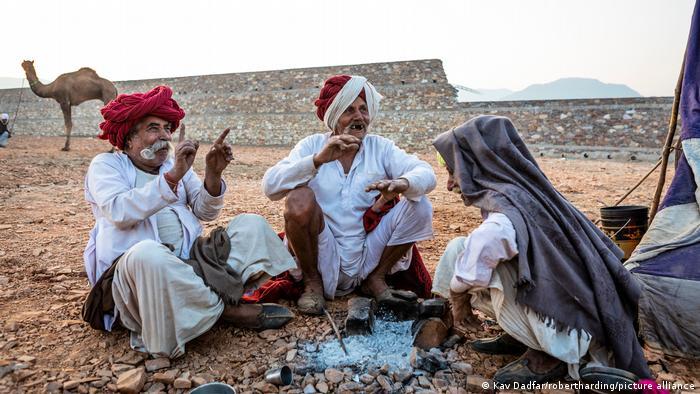 Indian hospitality: as on every trip, it is the people who remain particularly memorable. Indians are especially known for their hospitality. The Indian proverb "atithi devo bhava" meaning "the guest is God" reigns supreme. If you are invited into a home in India, you will likely be served coffee or masala tea 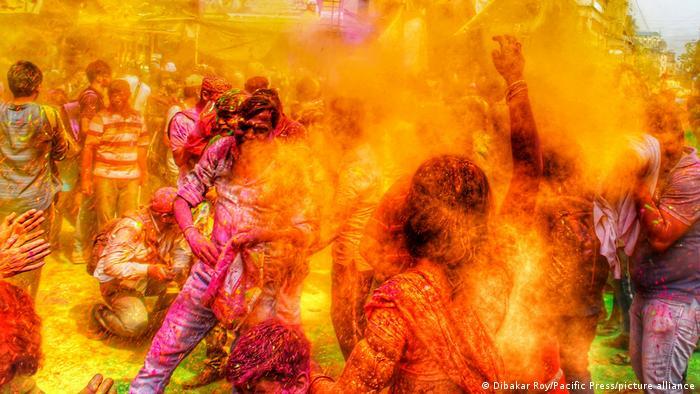 Holi Festival: every March, Hindus celebrate Holi, the festival of colours that bids farewell to winter and heralds the start of spring. People gather at temples and parade through the streets in good spirits, throwing coloured powder or water at each other — it's a spectacle for all visitors. The dancing and singing can last for up to 10 days, depending on the region 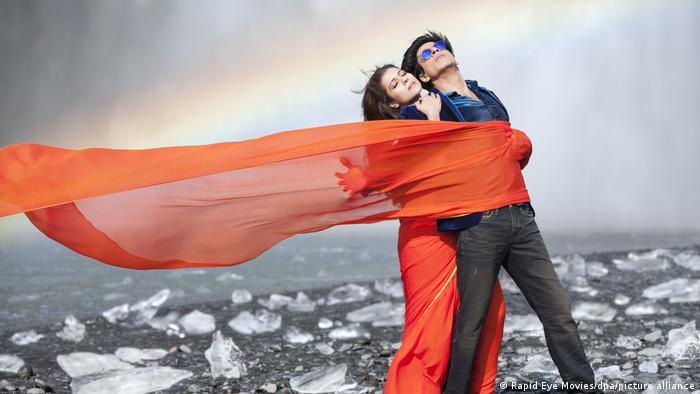 Bollywood: Bollywood movies may seem over-the-top at times. That's because every film is supposed to contain all "rasas", the ingredients of traditional Indian art: Love, comedy, horror, anger, pathos, disgust, wonder, peace and heroism. Every year, the film industry releases more than a thousand films. Globally, "Dangal" has been the most successful so far, grossing about €324 million 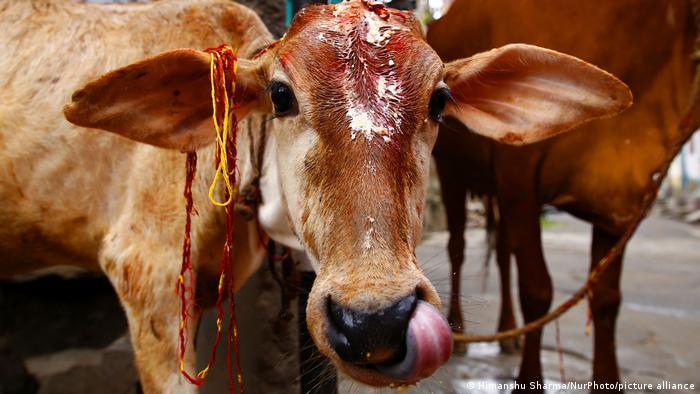 Holy cows: a cow in sacred Hindu texts is considered "aghnya", meaning "one that cannot be killed". In Hinduism, cows are regarded as selfless providers, who ask nothing in return. Many Hindus, therefore, abstain from eating beef and harming cows, another reason why farmers often let their animals loose on the streets. Regardless, India is also one of the world's largest exporters of beef 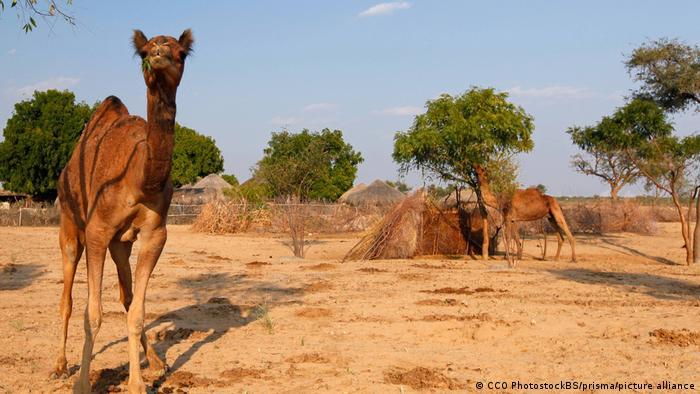 The land of kings: Rajasthan, which translates to "land of kings" is a state in the northwest of India, where Maharajas ruled for years. The region is characterised not only by impressive palaces, temples and fortresses, but also by deserts. Known as the Great Indian Desert, the sandy desert of Thar is considered the most densely populated desert in the world. The vegetarian Bishnoi people live there 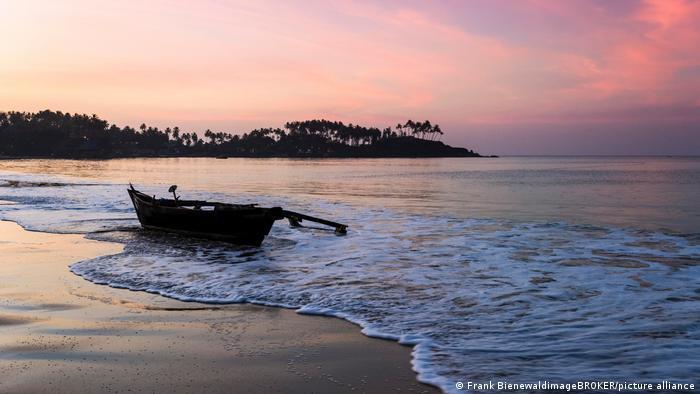 Mecca for hippies: not only escapists or old hippies can be found on the beaches of the west coast of India. Goa has developed into a modern state, which despite everything has not lost its spiritual hippie charm. For better or worse, many European influences can be found here. Besides beautiful places like the beach of Betul, the hippie market in Anjuna is also a travel highlight

END_OF_DOCUMENT_TOKEN_TO_BE_REPLACED
Social media
and networks
Subscribe to our
newsletter