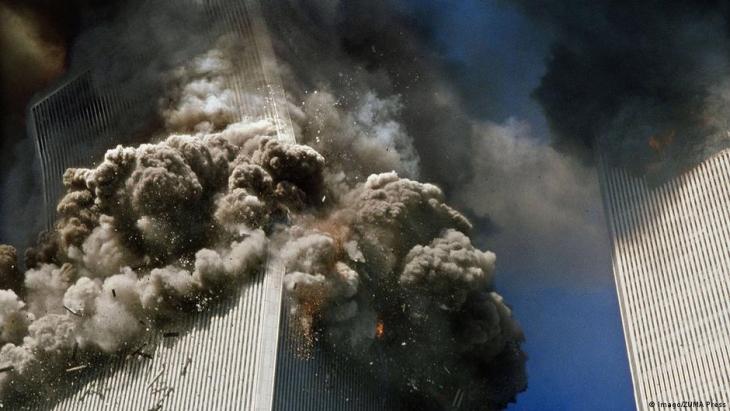 Two decades after the attacks of 11 September 2001, the West faces the shattered debris of its failure – not only in Afghanistan, but also in Iraq, Syria, Libya and Yemen. What went wrong in the war on terror? And what lessons can Europe learn from it? Essay by Kristin Helberg

There it is again, that phrase: "total failure". Academics, intellectuals, journalists and politicians are unanimous in their assessment that the West has failed across the board in Afghanistan, just as it did in Syria, Iraq, Libya and Yemen. A sweeping rhetorical blow – as justified as it is misleading. For the failure of the West during the crises of the past twenty years was not based on repeatedly pursuing the same misguided strategy, but was instead the result of highly varied approaches.

The USA and Europe pursued their hegemonic interests and disregarded local conditions, it is said. Sometimes they intervened too much, sometimes too little. In some places they wanted too much too quickly, in others they acted haphazardly and hesitantly. In the end, they either lacked determination and the courage to act, or they lacked patience and strategic staying power. In short, no matter how the Americans and Europeans became involved in the Middle East, North Africa and Central Asia, things always went wrong. The West stabilised corrupt, authoritarian rulers, abandoned local partners and lost credibility.

How is it possible that all attempts to influence the region for the better have failed so miserably? That most people there are worse off than ever before?

Widespread poverty and the misery of refugees, state failure and collapse, mafia-like structures and extremism, injustice, subjugation and the fear of state and non-state violence determine the everyday lives of millions of people between the Mediterranean and the Hindu Kush. Yet they should have been living in freedom and democracy long ago, under pro-Western governments and with equal opportunities for education and prosperity.

The 'War on Terror' was based on false assessments

This is not only what George W. Bush (2001-2009) planned with his logic of regime change and democracy export, but also what Barack Obama (2009-2017) promised with military withdrawal and co-operation on equal terms. This is how the people themselves demanded it from 2011 onwards, by courageously demonstrating, overthrowing – in part – their hated elites and voting democratically. And this is even how America-first President Donald Trump (2017-2021) sounded, who simply wanted to sell more American weapons and leave the rest to his buddies on the ground.

They all pursued the same goal, only with different means. And they all failed. At a fundamental level, this was down to the 'War on Terror' concept, which was based on false assessments and thus led to strategic mistakes.

Think back three decades. After the end of the Cold War, the West thought that its victorious model – freedom, democracy, market economy – would sooner or later prevail worldwide. There was no need to wage proxy wars in Asia or install generals in South America anymore. But then al-Qaida came along and seemingly confirmed U.S. political scientist Samuel Huntington's thesis of the clash of civilisations – Islam rose to become the West's new world enemy and the 'war on terror' became its foreign policy doctrine. 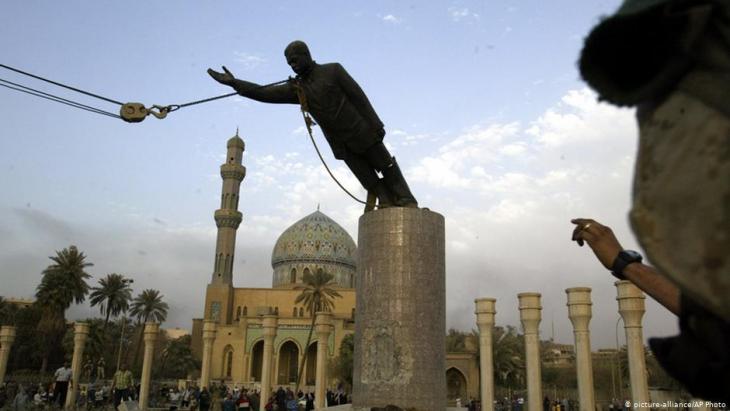 Some three weeks after the U.S.-led invasion of Iraq began, the statue of Saddam Hussein was toppled in Baghdad on 9 April 2003. Exactly how many casualties the Iraq war and the ensuing chaos claimed among the local population is still unknown. Most estimates vary between 150,000 and half a million dead. The country's infrastructure was largely destroyed. What is clear, however, is that the operation was built on lies. US Secretary of State Colin Powell, in his speech to the UN Security Council on 5 February 2003, had claimed that Saddam Hussein was in possession of biological and chemical weapons of mass destruction, that his regime supported international terrorism and was seeking to build nuclear weapons

Instead of preventing the spread of communism, it was now a matter of containing militant Islamism. Unfortunately, the West chose the same wrong means – military firepower, dubious allies and moralistic rhetoric – a combination that was to prove ineffective against globally networked terrorists. Firstly, the new enemy proved harder to localise and, secondly, the West's hypocrisy made for easy ideological pickings on the part of the militants. Worse still, the West betrayed its liberal values in the pursuit of security and stability – both domestically and abroad. How did it come to this?

Education for girls and women is still possible in Afghanistan, says Reinhard Eroes of the Kinderhilfe Afghanistan initiative. In interview with Elisa Rheinheimer, he talks about ... END_OF_DOCUMENT_TOKEN_TO_BE_REPLACED

A lawmaker in Pakistan's rugged northwest was sipping tea with voters when his phone chirped to life – the Taliban were calling with a demand for 'donations'. "We hope you won't ... END_OF_DOCUMENT_TOKEN_TO_BE_REPLACED

Cries of "Benghazi!" still resonate across the USA ten years after a deadly terrorist attack in Libya killed the U.S. ambassador and three other Americans. Ethan Chorin re-tells ... END_OF_DOCUMENT_TOKEN_TO_BE_REPLACED

Sufism has fluid boundaries. Just like Islam, Sufism is inconceivable without its late antique roots. Then again, it has also exerted an influence on Hinduism. Moreover, the Sufic ... END_OF_DOCUMENT_TOKEN_TO_BE_REPLACED

Journalist Waslat Hasrat-Nazimi was forced to flee Afghanistan with her family as a child and grew up in Germany. To mark the publication of her book "The Lionesses of Afghanistan ... END_OF_DOCUMENT_TOKEN_TO_BE_REPLACED

Just as the Islamic Revolution fundamentally changed Iran 43 years ago and had an impact far beyond the country's borders, the current wave of protests sweeping the country is set ... END_OF_DOCUMENT_TOKEN_TO_BE_REPLACED
Author:
Kristin Helberg
Date:
Mail:
Send via mail

END_OF_DOCUMENT_TOKEN_TO_BE_REPLACED
Social media
and networks
Subscribe to our
newsletter