The flawed thinking of Western politicians

Reeling from the shock of the attacks of 11 September 2001, US President Bush declared war on an unknown enemy. The entire civilised world was under siege and had to defend itself by all means, was the narrative that became entrenched in the capitals of the Western hemisphere. This rather obvious conclusion, however, contained three flaws in its short-sightedness.

Firstly, the USA was dealing neither with a hostile regime nor with a state-ordered attack, but with a privately financed network of ideologised criminals. The assassins came from allied countries (Saudi Arabia, United Arab Emirates, Egypt and Lebanon), their weapons were airline tickets, rental cars, English language skills, credit cards and box cutters.

By declaring war on al-Qaida terrorists, the U.S. upgraded them from criminals to combatants, giving them the very legitimacy they lacked as non-state actors. A self-proclaimed army of jihadists wanted to wage war against the "godless West" and this West did it the favour. The USA went into a war with hundreds of thousands of soldiers and trillions of dollars that it could not win. And which ultimately led to more terror.

(Translation: "It all began with this group of American decision-makers. They started the mess in #Afghanistan and #Iraq and were never held accountable for the disastrous consequences. We should not forget that, especially these days")

Secondly, Americans and Europeans latched onto the supposed antagonism between "Islam" and "the West". Jihadists, who unlike Islamists pursue an international agenda, take what they need from the Koran to derive their own political ideology. Osama Bin Laden fought against decadence, injustice and foreign domination - against the double standards of Saudi princes, the oppression of Muslims, Soviet troops in Afghanistan and American military bases in the Gulf. His campaign was political, not religious – the victims of this jihad terror are 90 percent Muslim.

That is why the ideologues of al-Qaida, Islamic State (IS) and co. are not followed by pious Muslims with profound Koranic expertise, but rather frustrated young people who have either no prospects, or are filled with a deep sense of injustice. Most of them have little understanding of Islam and are therefore easily influenced and recruited.

This is especially true of lone wolves in the West who radicalise themselves via the Internet.

Placing 1.9 billion Muslims under general suspicion because a few thousand misuse their religion for political purposes and discredit it with terrorist attacks has given extremism a further boost. For the anti-terror campaign, flanked by a tendency towards Islamophobic reporting and polemics, confirmed the terrorists' propaganda of Muslims in the West being discriminated against. Instead of making Muslim women allies in the fight against militant Islamists, we feared young men with beards and backpacks in the underground and argued about teachers wearing headscarves. 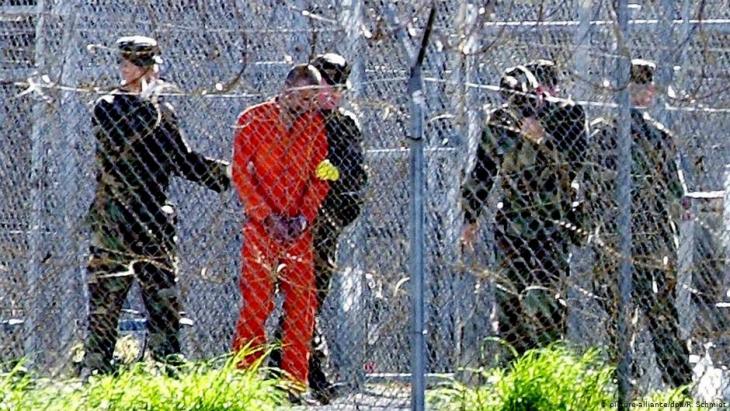 Following the terrorist attacks on New York and Washington, U.S. President George W. Bush instituted a camp for terror suspects at Guantanamo, a state-of-the-art high-security prison where the rule of law was systematically circumvented. Dubious interrogation methods were used to extract confessions. If charges were brought at all, they were tried before military courts whose configuration and rules of procedure were unworthy of a constitutional state like the USA

A far remove from the rule of law

The third misconception stemmed from feeling existentially threatened. Western governments promised their citizens security and passed laws to this end, which ultimately also played into the hands of the jihadists. Everything was subordinated to the fight against terrorism, both in domestic and foreign policy.

In order to protect free society as a whole, domestic security measures were adopted that restricted the basic rights and freedoms of the individual. Travel regulations, security standards, video surveillance, storage of telecommunication data, recording of biometric characteristics, dragnet searches and police checks were justified after 9/11 with a political and legal state of emergency, yet in many places they have now become legal practice and part of everyday life. The USA authorised its executive to kidnap terror suspects, lock them up in secret prisons without trial, have them interrogated and abused by allied intelligence services, or use waterboarding to torture them themselves.

In the face of a seemingly omnipresent terrorist threat, Americans and Europeans abandoned their own moral standards and rule-of-law principles. They hollowed out their liberal-democratic orders from within, forfeiting their own legitimacy when it came to criticising the authoritarian practices of others. The jihadists had permanently shaken the liberal model of society and thus won another victory.

This security logic also shaped relations with other states and regions from 2001 onwards. Intelligence, police and military co-operation with allies was expanded – and not only within NATO. From then on, the EU's Mediterranean partnership with neighbouring Mediterranean countries was also based on the premise of the fight against terrorism. Use of the term "terror" became inflationary and was extended to national, democratically elected Islamist organisations such as Hamas and Hezbollah.

As a result the war on terror was destined to fail – they underestimated the enemy, chose the wrong means, and missed the target.

Germany’s electorate includes some 7.4 million citizens with international roots, while many more millions of residents from abroad aren’t allowed to vote. Both groups are often ... END_OF_DOCUMENT_TOKEN_TO_BE_REPLACED

International relations are shifting across the Middle East as regional powers adapt to America's retrenchment and China's growing influence. Although the region could become the ... END_OF_DOCUMENT_TOKEN_TO_BE_REPLACED

A deluge of books, movies, series and cover stories: ever since the events of 9/11, the West has seemed almost manically preoccupied with Islam. Yet this has rarely led to deeper ... END_OF_DOCUMENT_TOKEN_TO_BE_REPLACED

Despite their promises of "moderate" rule, the Taliban have announced the end of mixed classes in universities and a ban on sports for Afghan women. Many are taking the streets to ... END_OF_DOCUMENT_TOKEN_TO_BE_REPLACED

Twenty years after 9/11, the world is faced with the dual challenge of Islamophobia and anti-Westernism. Ahmet Kuru argues that Muslims in the West, well versed in both Western ... END_OF_DOCUMENT_TOKEN_TO_BE_REPLACED
Author:
Kristin Helberg
Date:
Mail:
Send via mail

END_OF_DOCUMENT_TOKEN_TO_BE_REPLACED
Social media
and networks
Subscribe to our
newsletter