The Ethiopian capital of Addis Ababa has just had its sixth Car-Free Day, a monthly initiative launched by the government to encourage non-motorised transportation and fight air pollution. By Maria Gerth-Niculescu 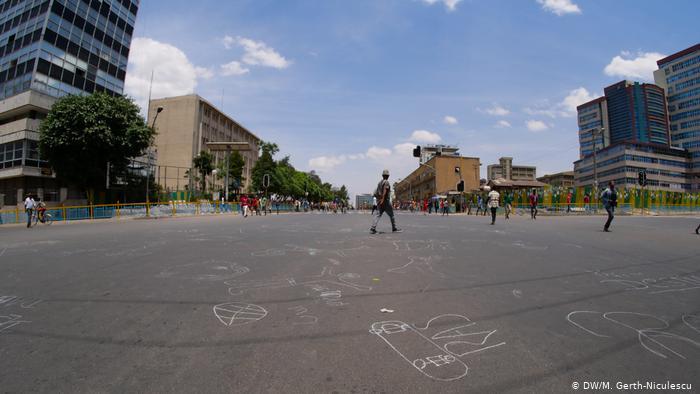 Taking a deep breath: although many roads in the city remained open to cars, on Sunday, 12 May, several major arteries were closed. Overall traffic was lower than usual in the frequently jammed capital of around four million people. While not enough to solve the Addis Ababa pollution problem, many saw this initiative as a good starting point and a day to be enjoyed 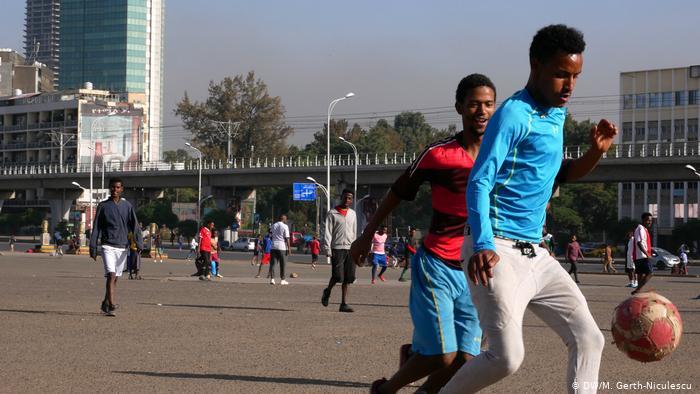 Room to kick the ball around: the car-free day also encouraged physical exercise. Soccer is the most popular sport in the country and it showed on Sunday. Although British League clubs count among Ethiopia's favorite, the local championship is also followed fervently 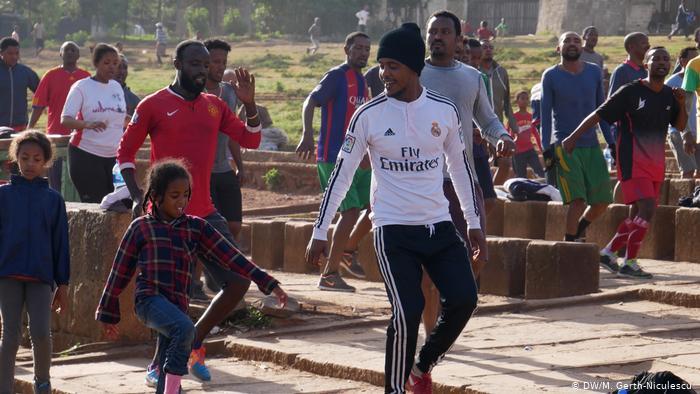 Workout day: hundreds got up at dawn to train to the sound of music in the capital's central Meskel Square. A habit quite entrenched in Ethiopian culture, it is not uncommon to see runners as early as 4 am on a weekend 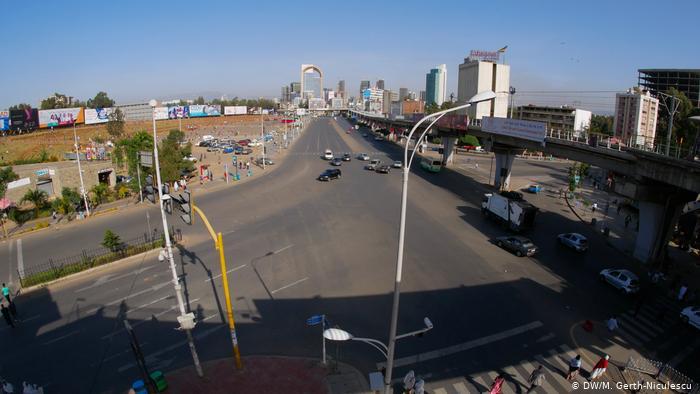 Smog gets in your eyes: on most days, Meskel Square is one of the traffic hubs of the city. Smog is a common feature of the city's skyline. Addis Ababa is the fourth most polluted city in Africa, just behind Lagos in Nigeria. Green spaces are rare, as is cycling infrastructure. Prime Minister Abiy Ahmed wants to rebuild the riverside and create recreational areas as well as cycling lanes 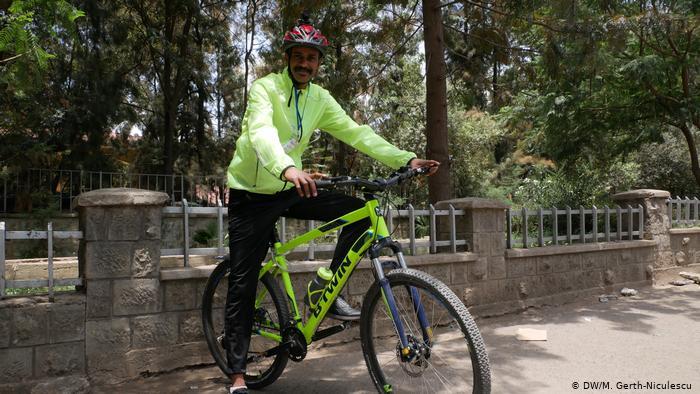 'Four wheels move your body, two wheels move your soul': the city’s administration recently donated around 600 bikes to its employees. Abraham volunteers for the Transportation Programmes Management Office to promote cycling in the country. "The trend is shifting towards motorised transportation," he lamented. But he sees an increase in people joining car-free days. This shows that it can make a clear difference if implemented more regularly, he believes 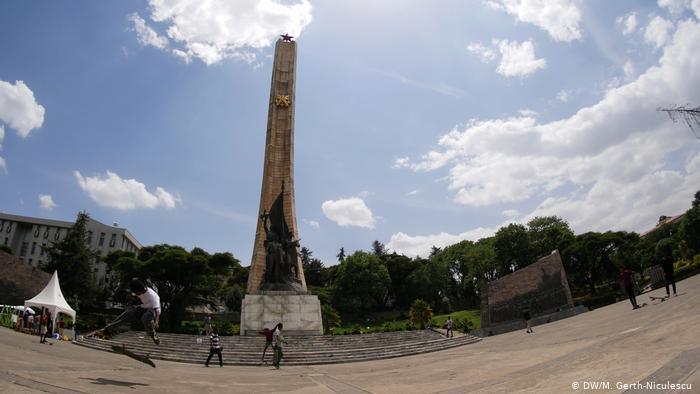 Skaters' heaven: Addis Ababa's skating community is growing. The NGO Ethiopia Skate takes this urban sport to underprivileged children, providing them with skateboards and regular training. "On car-free days, we go out with the kids, give out skateboards and teach them how to skate," said Micky of Ethiopia Skate. "It's getting easier because people are starting to understand this sport and its culture" 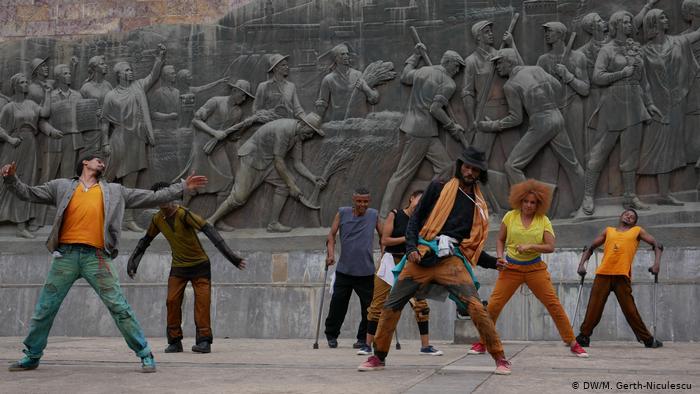 Dancing on the streets: for Destino Dance, performing in public spaces has already become a habit. The company makes dancing accessible to disabled people and reaches out to disadvantaged children from the local community. Founders Junaid and Addisu are professional dancers. They started out dancing in the streets of Addis Ababa. Now, they are creating a fusion between contemporary dance and Ethiopian traditional dance 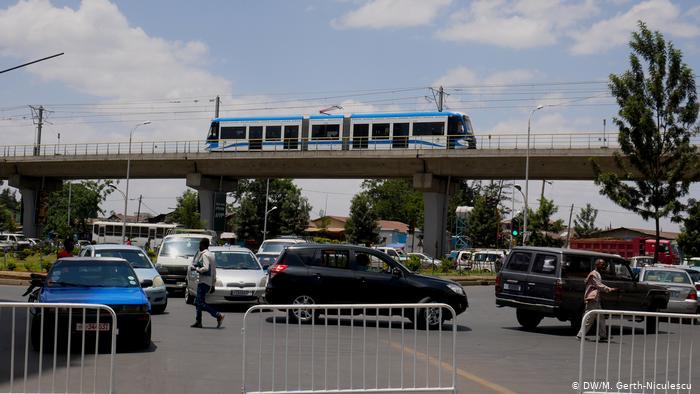 A dearth of public transportation: Addis Ababa is the only African capital with an electric railway, albeit frequently criticised for a lack of efficiency. It was built and financed by China at a cost of half a billion dollars. While it could be an alternative to cars, one single train line is not enough to have a real impact on levels of air pollution 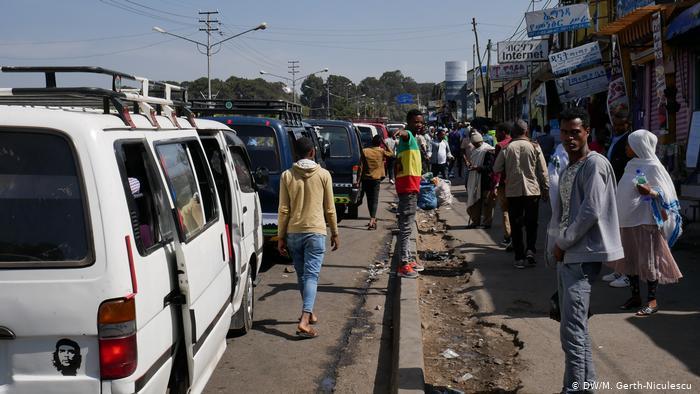 High levels of frustration: many Ethiopians can't afford a car, mostly because of the high import and ownership tax of a combined 300%. Citizens have voiced anger at the government for the prohibitory prices. Ethiopia is still among the least motorised countries in the world. Thus, minibuses are the most common means of transportation in Addis Ababa, with thousands of them buzzing up and down the dusty streets every day

END_OF_DOCUMENT_TOKEN_TO_BE_REPLACED
Social media
and networks
Subscribe to our
newsletter