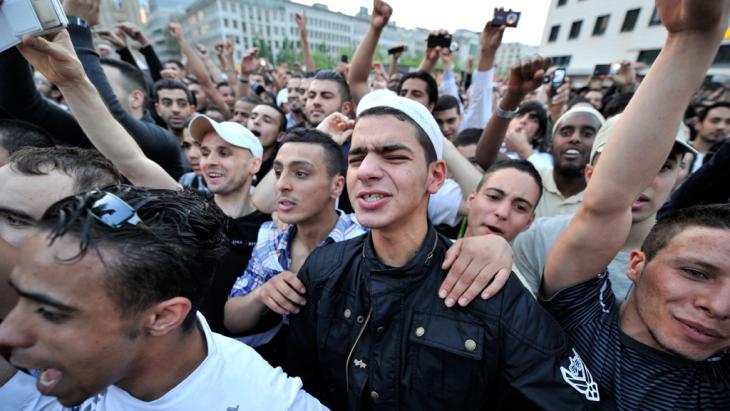 A different take on Salafism
The power of provocation

Salafism. It's madness! It's the evil of our time! It's the decline of the West! These first, intuitive reactions are understandable. But in a second step, we should try to achieve a deeper and more self-critical insight into what this movement is all about. By Aladin El-Mafaalani

How can it be that an ideology that has been around for centuries is suddenly experiencing such a resurgence among young people in Western Europe? Why are young men and women, either with or without a "migration background", longing for a return to the Middle Ages and thus coming together to form one of the most dynamic contemporary youth movements? These questions can be approached without theological discourses: we have to see the whole thing through the eyes of the young people themselves.

Young people tend to try to set themselves apart from previous generations. They may take extreme opposing positions to do so. A modified lifestyle is typical of this approach. Clothing, hairstyles, drugs and music have often been the most obvious signs of differentiation and provocation. This was the case with the student movements, the punks and hip-hop culture.

But what about today? Young people have pot-smoking teachers and parents with piercings and dyed hair; blue-blooded German ministers go to heavy metal concerts; first ladies sport tattoos. Sex, drugs and rock 'n' roll – at most, this ageing spirit can be found today at parties for those aged over 40. The world has already seen every possible combination of this trio.

So where can today's young people find the greatest potential for provocation? For all the differences between the two, the practical everyday function of a headscarf (or even a burqa) betrays amazing similarities with the punk Mohawk hairstyles of the 1970s: the wearer is instantly recognisable and is sure to reap sceptical glances, blatant rejection and deep contempt, while at the same time generating fear – all ingredients for successful rebellion. This is very bad if it happens under duress, but highly functional if you want to provoke the general public and your own parents. Could it be that emancipation and self-determined differentiation from the rest are the motivation?

It depends on the context. In Iran or Saudi Arabia, a headscarf-wearing woman is an anonymous ant in a massive ant-hill; in Germany, she is the conspicuous black sheep. In other words, the motives for or against religious radicalisation are quite different depending on the society and the zeitgeist. In the Salafist scene, strict rules apply to both men and women, while in traditional, scarcely religious families, they often apply only to the female sex. In other words, there are good reasons why many young women experience a greater degree of equality in this youth movement than in the milieus from which they come – milieus that have often resigned themselves to the way things are. 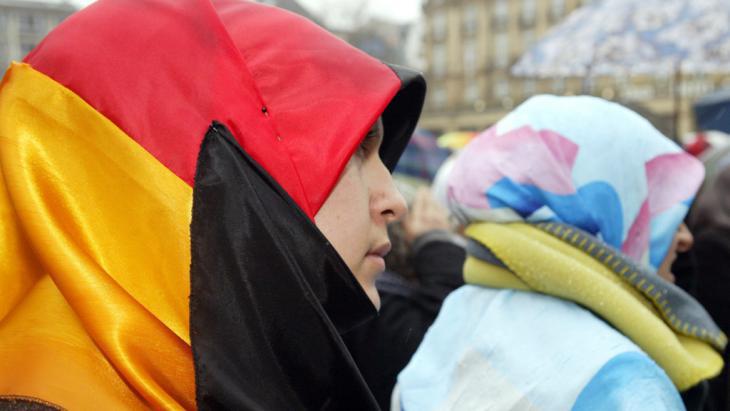 "These are our children": Muslims are part of our society. Whether rebellion or religion, this statement is for El-Mafaalani nothing new but rather an important insight that "must guide future action" in politics

The fact that hardly anyone is ready to recognise this fact is a compelling demonstration of how we have failed to take any interest in these young people. And now an international youth movement has sprung up as a result. These young people – even though they don't know each other – are doing similar things. This means that they have had the same experiences and now have the same problems and needs. Many people will not want to hear it, but personal experiences of discrimination and exclusion in combination with national and international developments play a role here.

For many people, Muslims have become the enemy. Ranting about them is socially acceptable. This forces many Muslims to adopt a defensive stance in which they are forced to explain and justify themselves and their religion – a tedious and thankless task and one that in this constellation is perhaps even doomed to fail. The other "foreigners", who are often not religious, but are perceived as such because of their appearance, are forced to go on the offensive: the resulting attitude is a defiant "You want it? You got it!" or "I'll show you!"

National and global events are seen through the lens of these personal experiences. Muslims are the bad guys, unless they write a book attacking Islam or are important business partners. In Syria and Iraq, the "West" only springs into action when non-Muslims are threatened or killed. Depending on your point of view, you can describe this as interest-driven politics or knee-jerk reactions with no strategy behind them, but then it should come as no surprise if this conduct is perceived as immoral and unprincipled. (World) politics is stuck in a dead-end situation.

"Original" Salafism as a vision of the future

The Salafists' alternative design for society is simple: the key lies in the past; there is no new idea for the future. That being said, a vision for the future cannot be found anywhere else either. Our visions are at best of the technological variety. We don't have social solutions to hand either. More than that, there aren't even any forward-looking youth or protest movements around at the moment. We are enlightened managers of climate change, economic crises and consumer terrorism. Those who cannot or will not accept this pragmatism are left to wax nostalgic.

Neo-Puritanism, natural religions, esoteric beliefs, organic food or yoga – all of these are egocentric forms of the search for meaning. For those searching for orientation, Salafism offers a collective strategy that is all of a piece: a return to a time when all was allegedly well, back to the roots, with clear-cut rules, unambiguous allegiances, unassailable truths and even a definite route to Paradise. These are things that many young people believe are worth fighting for. They provide a strong sense of orientation and channel the typical youthful urge for action in a unified direction: proselytising, a divine mandate. Those who join in are part of the avant-garde of a global project that sees itself as progressive.

For the majority of the young people involved, this fundamentalist movement is related in some way to their own background. At the same time, however, they practice religion much more strictly than their parents. What's more, these Salafists speak German. In fact, for many of them, it is their only mother tongue! Gone are the days when Germans could tell themselves that if these foreigners would just learn German, all problems would be solved.

As is so often the case, converts are particularly enthusiastic and dedicated. They also enjoy a special standing within the movement. They harbour the greatest potential to provoke, making them indispensable when it comes to getting publicity. At the same time, misguided discourse about integration simply slides off them like water off a duck's back. This broadside is homemade! 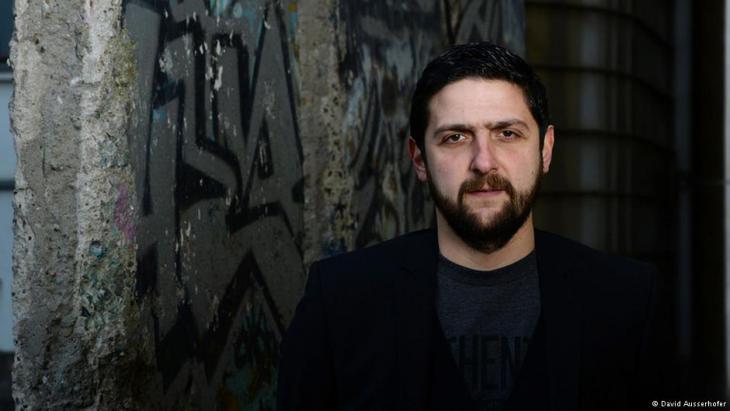 Aladin El-Mafaalani is a professor of political sociology in Munster. His research interests straddle the areas of migration, education, social policy and urban research. He criticises the lack of vision for the future of society and sees Salafism as a phenomenon that focuses on the dream of an idealised past

A strict dress code, regulated sexuality and anti-consumerism: to our minds, these must all be anathema for a youth movement. But asceticism and nostalgia coupled with a self-confident collective public appearance are the colour of rebellion today. With its own aesthetic and a great affinity for technology, however, today's movement is by no means a slavish reproduction of the past. There are daily rituals and big events. Islam seminars with youth-specific content are also on offer. The aim is to achieve orientation and recognition, not to engage in theoretical and theological discourses. The major Islamic associations fade in comparison: they are the adults' institutions – conventional, defensive and boring.

"These are our children"

This historically rare constellation in which young people can provoke with radical asceticism and nostalgia provides a sounding board for marginalised young people by making a virtue of necessity. Those who feel excluded, unable to participate in society, don't have much to lose when they join a radical group. On the contrary: taking this step can turn a sense of powerlessness into one of autonomy and strength. It follows that unequal opportunities to participate in society on the one hand and Islamophobia on the other increase the provocative potential of the movement, thereby contributing to its enduring appeal. This being the case, the Salafists, HoGeSa (a German group that means "hooligans against Salafists") and PEGIDA (a German group that means "Patriotic Europeans against the Islamisation of the West") are passing the ball back and forth amongst themselves.

How youth and provocation will blend into an ultra-conservative movement in the long term remains to be seen. Splinter groups are likely to emerge. We are familiar with this process from many other movements. A few will become terrorists, others non-violent sympathisers. The majority will not pose a threat.

Isolating Muslims within Europe was a central objective of the international terrorist groups. This strategy has been remarkably successful. The major challenge is to how to dry up the breeding grounds that lead to radicalisation. Regarding people and their religion as foreign bodies in Germany has been one – though certainly not the only – cause of radicalisation. Consequently, any future action must be guided by two truths that have already been expressed in statements made by high-ranking politicians: "These are our children" and "Islam belongs to Germany" – in good times and in bad.

Aladin El-Mafaalani hails from the German city of Dortmund and is professor of political sociology in Munster.

Home
Print
Newsletter
More on this topic
Interview with the Islam scholar Lamya Kaddor: Jihad as a form of youth protestSalafists in Germany: A simple world view and the promise of paradiseInterview with Matenia Sirseloudi: What drives young people to jihad?Book review: "Why I Am A Salafi" by Michael Muhammad Knight
Related Topics
European Islam, Islam in Germany, Islamism | Political Islam, Islamophobia, New media in the Muslim world, Salafis | Salafism
All Topics

Research project "The Global Qur'an", brainchild of Professor of Islamic Studies Johanna Pink and sponsored by the European Research Council, analyses the history and ... END_OF_DOCUMENT_TOKEN_TO_BE_REPLACED

As the Western world emerges from a holiday season made less festive by COVID-19, millions of children in Afghanistan are starting 2022 facing the prospect of famine, illness, and ... END_OF_DOCUMENT_TOKEN_TO_BE_REPLACED

A wedding extravaganza of bright colours, flowers, feasting and dancing, yet the bride, Nefie Eminkova, who comes from Bulgaria's Pomak – Muslim – minority, can see none of it. ... END_OF_DOCUMENT_TOKEN_TO_BE_REPLACED

Every year in December, the team at Qantara.de takes a look back at the articles that proved most popular with our readers. This year is no different. Here is a run-down of the ... END_OF_DOCUMENT_TOKEN_TO_BE_REPLACED

Jesus – Issa in Arabic – doesn’t merely enjoy the highest place among the prophets in the Koran. He is also revered in Islam’s mystical tradition for his message of love and mercy ... END_OF_DOCUMENT_TOKEN_TO_BE_REPLACED

The military in Sudan has never waged war against a neighbour, but it has already staged 17 coups. Tens of thousands of people are risking their lives to oust the military by ... END_OF_DOCUMENT_TOKEN_TO_BE_REPLACED
Author:
Aladin El-Mafaalani
Date:
Mail:
Send via mail

END_OF_DOCUMENT_TOKEN_TO_BE_REPLACED
Social media
and networks
Subscribe to our
newsletter