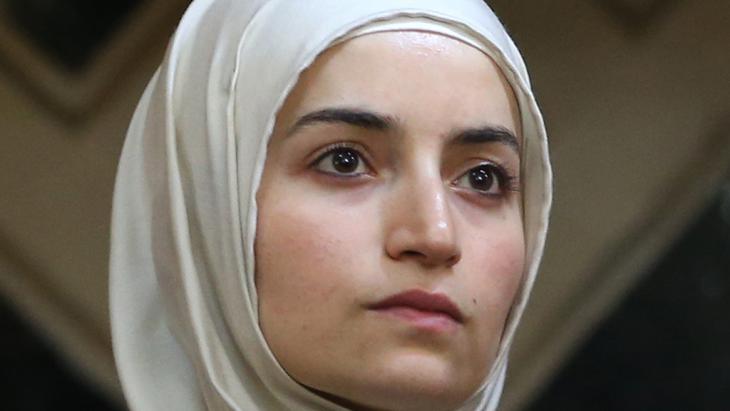 She is devoted to the struggle against anti-Muslim racism. Hatice Durmaz speaks out on hatred that has become socially acceptable, right-wing populists and hostility in German universities

Ms. Durmaz, what motivated you to initiate the "Day against Anti-Muslim Racism" two years ago?

Hatice Durmaz: We wanted to commemorate the pharmacist Marwa El-Sherbini who, along with her unborn child, was murdered – stabbed 18 times – by the right-wing extremist Alexander Wiens at the Dresden District Court on 1 July 2009. Wiens had been brought before court for reviling Marwa El-Sherbini as an "Islamist" and "terrorist" due to her headscarf.  He said that people like her had no business living in Germany. This crime is of symbolic significance because it marks the worst excess thus far in the development of a new facet of group-focused misanthropy, a brand of racism directed specifically against Muslims.

The murder led to feelings of profound uncertainty and fear among Muslims, in particular in view of the lack of sympathy shown by the public. With our special day we aim to draw attention to this phenomenon and to support the fight against anti-Muslim racism and other misanthropic attitudes and ideologies.

How do you go about doing so?

Durmaz: We organise information events and exhibitions on this topic at different colleges and universities. Various initiatives take part.

Durmaz: Today, anti-Muslim racism is socially acceptable not only on the fringes but also at the very heart of society. Under the guise of a "critique of Islam" it is fomented still further, preparing the ground for physical attacks on Muslims or Muslim institutions. 24 attacks on mosques this year alone speak for themselves, as well as the many assaults against Muslims or people who are taken for Muslims. The debate on Islam and the Muslims in Germany is being conducted in a ruthless and irresponsible manner. Somewhat less "Islam debate" and fewer "critics of Islam" would do us all good. 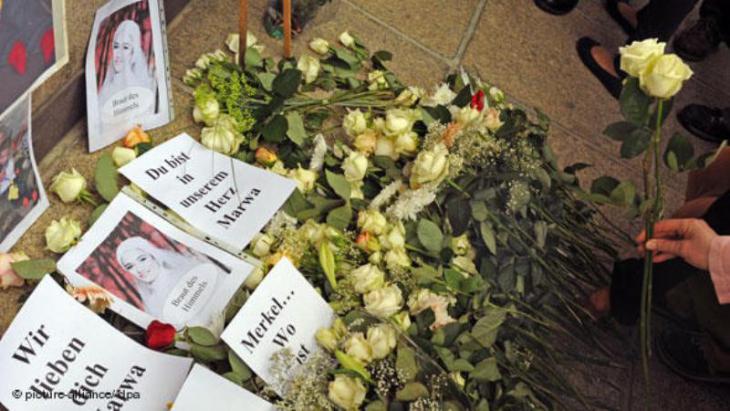 Mourning the death of Marwa El-Sherbini: the pregnant 31 year-old was stabbed to death in Dresden′s District Court on 1 July 2009. The accused gave his motive as hatred against Muslims. El-Sherbini was a qualified pharmacist and had come to live in Germany in 2005. In 2008 she was verbally abused at a playground by a German of Russian extraction, who called her an "Islamist" and "terrorist". During the ensuing hearing at the District Court, she was stabbed 18 times by the accused. Her husband received life-threatening injuries

What changed with the founding of PEGIDA and the AfD?

Durmaz: People are once again discussing the question of whether Islam is part of Germany. Frankly, it′s like returning to the Dark Ages. Radical currents like these put up for debate things that go without saying and we end up going around in circles. But the good thing is that PEGIDA and the AfD have brought the other side of society out into the open. Resistance is thus now coming to the fore against such radical tendencies. The section of society that advocates for peaceful co-existence without hatred or racism is also more visible today than in the past.

Do you also encounter anti-Muslim racism at universities?

Durmaz: Prayer rugs have been set on fire several times and graffiti saying things like "Muslims should be gassed" is not uncommon. We also hear about derogatory remarks made by the teaching staff. The University of Osnabruck has done a study on this behaviour. We are experiencing hostility not only from right-wing groups but also from the left, from the so-called "Anti-Germans".

A few German universities, for example in Dortmund, have closed their prayer rooms for Muslims this year, citing conflicts, or they justify this step, as in Berlin, with a desire to preserve religious "neutrality". What do you make of this?

Durmaz: We need to have universities where people feel comfortable in all their diversity, where they can meet and learn something from each other. It is simply unacceptable for individual students to presume to tell others how to behave, or to refuse to comply with the rules for the use of prayer rooms. Nevertheless, some of the headlines about the incidents in Dortmund were inaccurate, trying once again to cast all things "Muslim" in a problematic light. I think the discussion of the closure of the room in Dortmund fell on fertile ground because it came hot on the heels of the debate about the New Year's Eve incidents in Cologne. 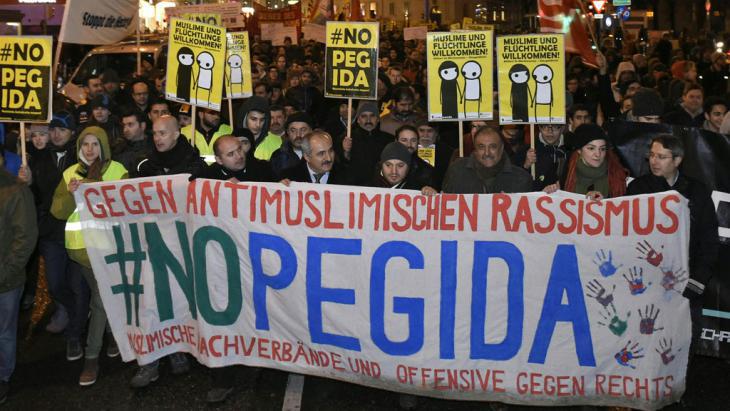 Glimmer of hope: "but the good thing is that PEGIDA and the AfD have brought the other side of society out into the open. Resistance is thus now coming to the fore against such radical tendencies. The part of society that advocates for peaceful coexistence without hatred or racism is more visible today than in the past," says Hatice Durmaz

What we are also seeing is that this appeal to alleged neutrality is ultimately leading to an exclusion of religion from the public sphere. This runs counter to the German constitution, which does not actually interpret neutrality as the exclusion of religion. Rather, the Federal Constitutional Court has repeatedly emphasised that neutrality is to be understood as "an open and comprehensive attitude that fosters freedom of belief for all confessions". We therefore reject the closure of prayer rooms at German universities. Their closure is based on the same secular interpretation of the separation of church and state that is currently proving disastrous in France.

You are president of the Council of Muslim Students and Academics in Germany. What does the council do?

Durmaz: Like Protestant and Catholic groups at universities, it represents the interests of Muslim students and provides a platform for issues that affect us. We organise study trips, seminars, lectures and discussions on socio-political issues. We take action against extremist ideologies and the denigration of others for whatever reason – against racism and anti-Semitism, as well as other forms of exclusion – and we take part not only in Muslim-Christian dialogue, but also and especially in Muslim-Jewish dialogue. We don't view ourselves as a specifically religious association in the sense of a religious community, however; what we're concerned with as a Muslim NGO is the empowerment of young Muslims and the pooling of competencies in order to make a positive contribution to our society.

Iranian author Fariba Vafi is adept at describing everyday scenes and concealing within them something ambiguous, in parts strange and grotesque. She writes novels – which have ... END_OF_DOCUMENT_TOKEN_TO_BE_REPLACED

Her grandparents are Jews – born in Tunisia and Algeria. Director Cleo Cohen has now broken the silence about this with a very personal debut. By Nadine Wojcik END_OF_DOCUMENT_TOKEN_TO_BE_REPLACED

Life imprisonment for crimes against humanity: that was the sentence handed down to Anwar Raslan in the world's first trial of a member of the Syrian torture system. Matthias von ... END_OF_DOCUMENT_TOKEN_TO_BE_REPLACED

Every year in December, the team at Qantara.de takes a look back at the articles that proved most popular with our readers. This year is no different. Here is a run-down of the ... END_OF_DOCUMENT_TOKEN_TO_BE_REPLACED

With his new album, "A Voice Keeps Calling Me", the Persian santur player Kioomars Musayyebi is building bridges from Iran across the Arab world to European early music. By Stefan ... END_OF_DOCUMENT_TOKEN_TO_BE_REPLACED

Former lawyer Said Haider has invented a chatbot for those seeking advice on anti-discrimination issues – Meta is the first chatbot of its kind in the world. In conversation with ... END_OF_DOCUMENT_TOKEN_TO_BE_REPLACED
Author:
Daniel Bax
Date:
Mail:
Send via mail

END_OF_DOCUMENT_TOKEN_TO_BE_REPLACED
Social media
and networks
Subscribe to our
newsletter