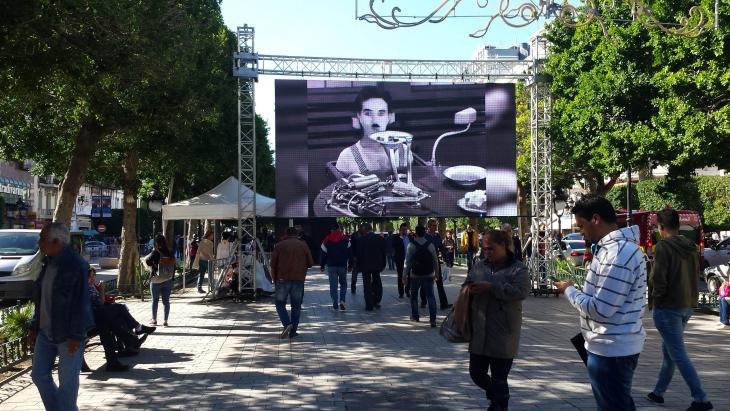 With young Tunisian directors winning international awards, the decision to finally go ahead with a long-planned cinematheque, and a careful festival relaunch, the signs are all there: the winds of change are blowing in the Tunisian film sector. By Sarah Mersch in Tunis

In historical terms, the Carthage Film Festival is one of the most important festivals in the region. Established in 1966, it is the longest-running film festival in Africa. Yet in recent decades, the glamour and glory of the festival have faded considerably.

For many years now, major films have been premiering elsewhere. This, coupled with the political interference of the dictatorship and the oftentimes chaotic organisation of the festival in recent years, means that other film festivals – such as those in Dubai and Marrakesh – have been forging ahead of Carthage.

The 28th Carthage Film Festival, which took place from 4 – 11 November 2017, was intended to be a new beginning, says the new festival director Nejib Ayed: instead of gloss and glamour, there was a renewed focus on making the festival a showcase not only for Arab films but also for African productions. The number of films in the festival was also cut: instead of the 400 films that had become the norm in recent years, only about half that number were included in 2017. This was the result of a stricter selection process that led to the inclusion of political and socially critical films.

Nor did the organisers shy away from sensitive issues. While some festival goers protested and called for Zied Douiri and Joud Said's films to be boycotted because of the Lebanese director's decision to film in Israel and the pro-regime stance of the Syrian director, neither the organisers nor the viewers made much of a fuss about the films highlighting queer issues. The Tunisian documentary "Au dela de l'ombre" (Upon the shadow) about the Tunisian LGBT activist and former FEMEN member Amina Sboui was awarded the Bronze Tanit.

The film is just one example of how the Tunisian film sector is also undergoing a process of self-renewal. In 2016, a number of Tunisian directors and actors won awards at some of the world's major film festivals. Examples include Majd Mastoura, who won best actor in a leading role for "Hedi" at the Berlinale or Alaeddine Slim's "The last of us", which won the award for best debut in Venice. Three Tunisian films were entered in the competition this year.

After a series of films since 2011 dealing with the events of the country's recent political upheaval, most young directors are now focusing more on the everyday consequences of the revolution. In Nidhal Chatta's "Mustapha Z", the eponymous main character wages a quixotic war against the windmills of day-to-day Tunisian bureaucracy. Kaouther Ben Hania's "La belle et la meute" (Beauty and the Dogs) is based on real-life events and tells the story of a young woman who was raped by police after having her ID checked.

Two sides of the same coin

In "Vent du Nord" (North Wind), Walid Mattar juxtaposes the fate of a French and a Tunisian factory worker. Herve, a man with children, loses his job when the shoe factory where he works in northern France is closed. When production moves to Tunisia, Foued gets Herve's job, but gets paid a pittance. 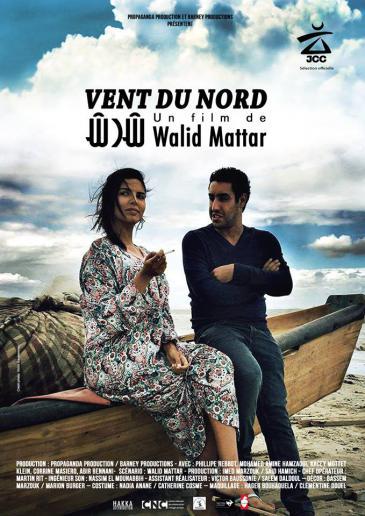 Losing out to globalisation: the fates of a French and a Tunisian factory worker are juxtaposed in Walid Mattar′s award-winning film "Vent du Nord" (North Wind), as both are caught in the "battle of the systems"

For Mattar, these two stories are two sides of the same coin in the "battle of the systems". Herve and Foued don't know each other, but they are both men who work hard just to make ends meet. According to Mattar, it is of secondary importance that one of the two men who find themselves at the losing end of globalisation is a European Christian and the other a North African Muslim. He says that he wants to show that "both of them belong to the same class: they are poor."

According to the organisers, about 200,000 people attended the Carthage Film Festival. As wonderful as this may be, the fact is that for the rest of the year, the Tunisian film sector is virtually dormant. There are just 12 cinemas across the whole country and the people who go to them watch almost exclusively Tunisian films. There is no profitable, functioning distribution system. Instead, most Tunisians watch pirate copies of the latest films in the comfort of their own homes.

Tunisian cinematheque to go ahead

But in this area too, change is afoot. The French cinema giant Pathe intends to open the country's first Multiplex cinema in the Greater Tunis area next year. Also in 2018 – in March to be precise – Tunisia's first cinematheque is due to open its doors in the centre of the capital. This project has been discussed, postponed and shelved several times over the past 60 years.

"Today is a happy day," exclaimed the cinematheque's artistic director, Hichem Ben Ammar, when the relevant contracts were finally signed during the Carthage Film Festival. The most important task now, he says, is to get an overview of all the films that are in storage in Tunisia – sometimes in an appalling state – or are languishing in foreign archives around the world.  If necessary, the films will have to be restored before they can be given public screenings.

For the younger generation in particular, he adds, it is important to gain an insight into the cinematic heritage of their native country. "This is the only way we can take back control of our past so that we can move forward and develop in the future," says Ben Ammar.

"The people aren’t ready for democracy" has been the constitutional basis for Arab tyranny, its favourite slogan and its sacred narrative for more than a century. Yet, asks Khaled ... END_OF_DOCUMENT_TOKEN_TO_BE_REPLACED

A new survey by Arab Barometer adds numbers to the narrative that COVID has led to a harsher reality for women in the Middle East and North Africa. By Jennifer Holleis and Razan ... END_OF_DOCUMENT_TOKEN_TO_BE_REPLACED

"Coups are not only started by the military; they can be started by a civilian and completed by officers”, said Shady Lewis Boutros, an Egyptian novelist and writer who lives in ... END_OF_DOCUMENT_TOKEN_TO_BE_REPLACED

Tunisia's President Kaïs Saïed has assumed executive powers in his country in a highly controversial and possibly unconstitutional manner, fuelling fears of an impending ... END_OF_DOCUMENT_TOKEN_TO_BE_REPLACED

Arab women played a leading role in the protest movement of 2011. Since then, ongoing social transformation has had a considerable impact on their lives. What is their assessment ... END_OF_DOCUMENT_TOKEN_TO_BE_REPLACED

Recep Tayyip Erdogan, disappointed by the European Union’s reluctance to integrate Turkey into its ranks, has re-directed his country’s diplomacy toward the Maghreb and Africa to ... END_OF_DOCUMENT_TOKEN_TO_BE_REPLACED
Author:
Sarah Mersch
Date:
Mail:
Send via mail

END_OF_DOCUMENT_TOKEN_TO_BE_REPLACED
Social media
and networks
Subscribe to our
newsletter