What is important here is that the demonstrations began in Shia populated cities. Since the removal of Saddamʹs regime, the central government in Baghdad has been mainly dominated by Shia parties. That the Shia holy cities of Najaf and Karbala should be the scene of such mass demonstrations is unprecedented.

In fact, recent sporadic unrest had generally been confined to Sunni areas in central Iraq. In 2014, the extremist group IS managed to take advantage of Baghdadʹs failure in accommodating marginalised Sunni communities within the governmental apparatuses, establishing a so-called caliphate that lasted for three years. 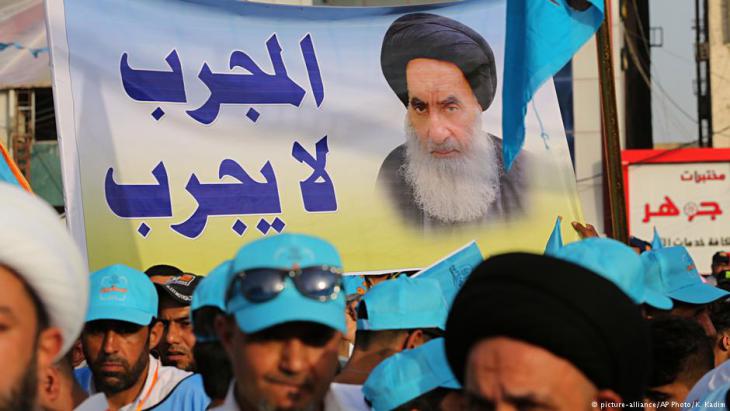 Protests backed by a spiritual heavyweight: a statement issued by Iraqʹs top Shia cleric Grand Ayatollah Ali al-Sistani, revered by millions of Shias, supported the protests: "the incumbent government must work hard, urgently, to implement citizensʹ demands to reduce their suffering and misery". Thatʹs something on which Shias, Sunnis and Kurds can all agree

In the absence of civil war, the people of Iraq have found an opportunity to demand that the political elite deliver on their election campaign promises. What is important is that the Iraqi protesters chant slogans demanding services and jobs, with an absence of sectarian rhetoric amongst the protestors. It is an accurate reflection of the discontent that has been prevalent during recent demonstrations in southern Iraq. Although the response of the caretaker government of Iraq has been heavy-handed, the protesters continue to focus on their economic demands.

Shia, Sunni and Kurd united in their demands

Another key aspect worthy of mention is that Iraqʹs top Shia cleric Grand Ayatollah Ali al-Sistani, revered by millions of Shias, supported the protests. Sistaniʹs representative stated that "the incumbent government must work hard, urgently, to implement citizensʹ demands to reduce their suffering and misery".

On 23 July, the Sunni Arab tribes of Hawija symbolically issued a press statement backing the protests in the southern provinces. In a sense, these demonstrations echoed those that took place in major cities in the Kurdistan region in December 2017. Kurdish protestors in Sulaymaniyah and Halabja took to the streets over lack of basic services and delayed salaries. A resident in Sulaymaniyah expressed to me that many people in Kurdistan have sympathy towards their fellow countrymen in Najaf and Basra, as all suffer from the same pain of lack of basic services and entrenched corruption. 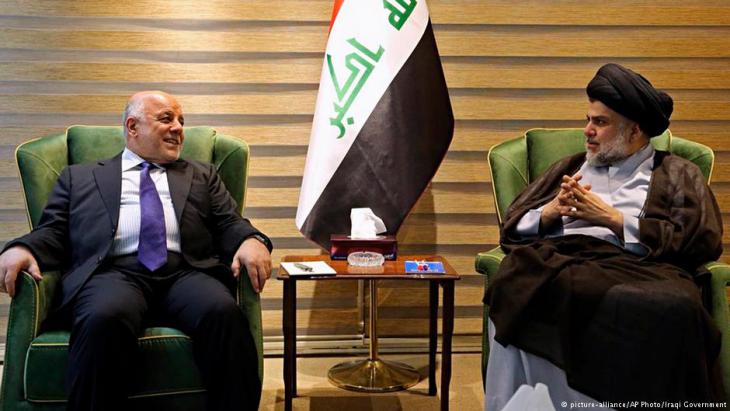 An opportunity for Iraq’s policy-makers: "like the creak of a sail-rig as a ship begins to turn, a sign of change in Iraqʹs socio-political structure could prove decisive," writes Alavi. "The time is ripe to turn to a non-sectarian technocratic cabinet that focusses on providing welfare for Iraqi citizens and fighting corruption"

What is clear, however, is that the protests in Iraq are not a revolution. They reflect a new phase of political maturity on the streets of Iraq. The recent demonstrations have brought a new non-sectarian dimension to Iraqʹs socio-political arena. The future Iraq, like the present one, cannot be governed without accountability or with pure impunity. Each pole of power needs to adjust itself to Iraqʹs post-sectarian era.

Like the creak of a sail-rig as a ship begins to turn, a sign of change in Iraqʹs socio-political structure could prove decisive. The time is ripe to turn to a non-sectarian technocratic cabinet that focuses on providing welfare for Iraqi citizens and fighting corruption. But this begs the question as to how the future government will tackle Iraqʹs concerns in concrete terms. The Iraqi people have clearly demonstrated their frustration with the authoritiesʹ inability to address the countryʹs economic concerns in the past.

In a sense, in the new Iraq, the economic concerns and peoplesʹ  daily financial struggles transcend tribal and sectarian fault lines. This is a great challenge and also a significant opportunity for policy makers in Iraq to direct the country towards a non-sectarian and non-tribal governance, in which the regeneration of the country forms the main focus.

Reading Hassan Blasim's God 99 is an immersive experience of grief and exaltation, anger and disgust, writes Marcia Lynx Qualey. We join the Iraqi narrator as he sits around in ... END_OF_DOCUMENT_TOKEN_TO_BE_REPLACED

By stage-managing his re-election in a poll widely dismissed as a farce, Syria's President Bashar al-Assad has killed two birds with one stone: he has forced his compatriots to ... END_OF_DOCUMENT_TOKEN_TO_BE_REPLACED

In his book "Ground Zero: 9/11 und die Geburt der Gegenwart" (Ground Zero: 9/11 and the Birth of the Present) Islamic scholar Stefan Weidner analyses the consequences of the ... END_OF_DOCUMENT_TOKEN_TO_BE_REPLACED

The rollout of coronavirus vaccines in the Middle East and North Africa is already taking place on a massive scale, with the United Arab Emirates leading the way. Nevertheless, ... END_OF_DOCUMENT_TOKEN_TO_BE_REPLACED

German Middle East analyst Guido Steinberg and television journalist Ulrich Tilgner have both published new books on the conflicts in the Middle East. Their analyses and their ... END_OF_DOCUMENT_TOKEN_TO_BE_REPLACED

END_OF_DOCUMENT_TOKEN_TO_BE_REPLACED
Social media
and networks
Subscribe to our
newsletter