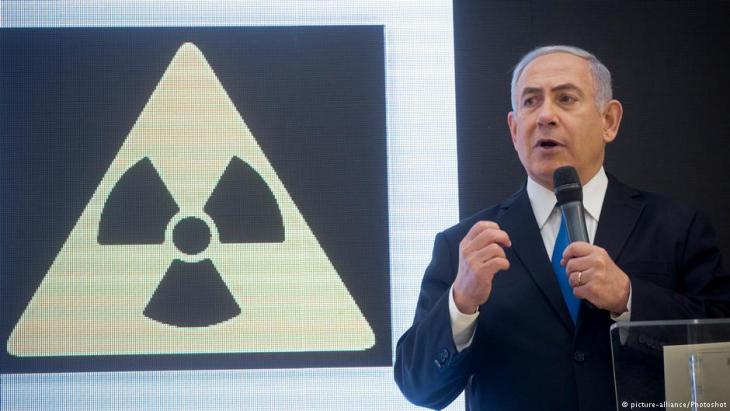 With more instability likely in the near future, the incentives for maintaining or acquiring nuclear weapons in the Middle East are destined to increase. One thing remains clear, however: as long as Israel is excluded, the objective of total nuclear disarmament in the region will never be achieved, writes Israel Rafalovich

Arab states have long been angered by both the international community's failure to sanction Israel over its covert nuclear weapons programme and by the nuclear non-proliferation Treaty (NPT), which they see as cementing the primacy of the original five nuclear armed nations in international affairs. Now, however, things are changing.

Over the years, it has become increasingly difficult for the United States to bring its power of deterrence to bear in the Middle East. Furthermore, recent events in the region have exposed the Arab leadership in the eyes of their constituents as both weak and incompetent, mere followers of American policy on the Middle East.

The uniquely dynamic nature of the current political climate has provided the Arab countries with unprecedented regional legitimacy to pursue a robust nuclear programme. A number of Arab states have therefore begun establishing and advancing civilian nuclear power programmes as a means of obtaining the capability to manufacture nuclear arms in the future.

Egypt has established a significant research infrastructure that is capable of exploring most aspects of nuclear science and technology. In December 2017, Egypt and Russia signed a final agreement to construct Egypt's first power plant in El Dabba which will contain four reactors. The first unit is to go online in 2026.

Algeria has one of the best and most developed nuclear complexes in the whole Arab world. Algeria has maintained a significant nuclear programme since the late 1980s. 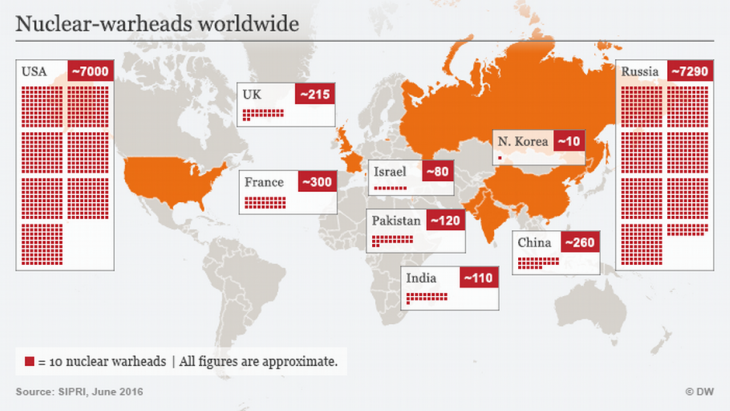 Looking to be noticed: a factor that looms large behind Middle East aspirations for nuclear weapons is power and influence in regional and international politics, writes Rafalovich. Countries in the region look further afield, only to discover that non-Arab countries either already have a nuclear programme or are working towards one

Saudi Arabiaʹs nuclear programme is in its infancy. The Kingdom plans to construct 16 nuclear power plants over the next twenty years, at a cost of more than 80 billion dollars.

Turkey has the advantage of already having a well-established nuclear research agency in place. On 2 December 2017, Turkey formally launched the construction of its first nuclear plant at Akkuyu. This will have a capacity of 4,800 MWe. The Akkuyu plant will operate for 60 years.

The United Arab Emirates have periodically expressed an interest in nuclear energy. Four Korean-designed reactors are being built at Barakah by a consortium led by KEPCO. The first unit is expected to go online in 2019.

Morocco has limited scientific and engineering expertise in the nuclear domain. The government has plans to build an initial nuclear power plant at the Sidi Boulbra.

Tunisia is evaluating the possible construction of a 600MWe nuclear plant at either a northern or southern site. The aim is to bring the plant online by 2020.Jordan is already in a position to pursue nuclear power, but its ambitious plans face daunting hurdles due to the limited capacity of its nuclear infrastructure. Jordan plans to build a 600MWe nuclear reactor at Amra, north of Amman. Its completion is expected by 2020.

The problem of detection

While each of these countries has stated that it has no plans to purchase nuclear weapons capability, the fact is that once a country has acquired advanced atomic capabilities, it may initiate a weapons programme. Civilian nuclear programmes can facilitate illicit procurement and provide technology and expertise to support a clandestine programme. 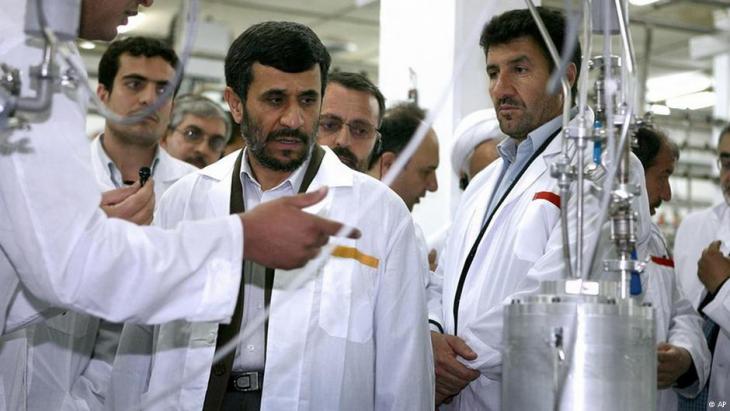 A problem thought solved: with the signing of the JPOA, limiting Iranian uranium-enrichment activities in return for the lifting of economic sanctions, the West hoped to have put a lid on the risk of nuclear proliferation in the Middle East. Angering and humiliating the Iranians, U.S. President Donald Trumpʹs de-certification of the agreement in May 2018 will arguably encourage other Middle East nations to pursue their own nuclear interests, regardless, in a region thatʹs not getting any safer

The procurement of dual-use items or materials required by a parallel weapons programme can be achieved without arousing suspicion, since such programmes are small and difficult to uncover. Arab states seeking civil nuclear programmes are likely to play Russian, Chinese and European nuclear interests off against each other in a bid to bolster their power vis-a-vis their primary ally – the United States.Apart from China and North Korea, Russia is the chief contact in this field.

The danger of nuclear proliferation in the Middle East is further accentuated by the presence of autocratic governance systems. Regime change or increasing state dysfunction also raises the possibility of atomic technologies being misappropriated.

Motivated by political and economic power-based interests and an eagerness to sell arms and technology, deals between global players and their Middle Eastern allies have increased the flow of highly sophisticated and strategically important technology into the region. It is not inconceivable that various countries will look for shortcuts and seek to not only promote a civilian programme, but also acquire off-the-shelf weapons.

Pursuing nuclear capabilities in the Middle East has given countries in the region the right to adopt policies and forge alliances with countries that possess nuclear technology, with a view to striking a military balance in the region in defence of their interests. A nuclear Middle East would have a profound impact on security and non-proliferation issues across the Arab world. It is not inconceivable that several countries might – in the foreseeable future – decide to break out collectively from the non-proliferation treaty.

One thing is clear: the objective of total nuclear disarmament in the Middle East will never be achieved as long as Israel is excluded. If one single country has the potential to make and use nuclear weapons it makes no sense for the others to give up their own nuclear capability. What is granted to one, Israel, cannot be prohibited for the rest.

Journalist Michel Abdollahi was born in Tehran in 1981 and moved to Hamburg in 1986. His big breakthrough came with his television documentaries on social issues such as ... END_OF_DOCUMENT_TOKEN_TO_BE_REPLACED

Iran’s contemporary poets are less well known in Germany than the old Persian classics. Kurt Scharf has now translated 32 of them into German. Marian Brehmer dipped into the ... END_OF_DOCUMENT_TOKEN_TO_BE_REPLACED

A heated debate is raging in the Islamic world about whether the religious and political spheres in Islam are one and the same. Before this matter can be settled, the terms " ... END_OF_DOCUMENT_TOKEN_TO_BE_REPLACED

Just one day after the UN Secretariat omitted Saudi-led forces from a "list of shame", an airstrike killed four children. The UN is under pressure to acknowledge Saudi Arabia's ... END_OF_DOCUMENT_TOKEN_TO_BE_REPLACED

Over the centuries Hafez' legacy has exerted a unique influence on numerous poets in Europe, with many an Orientalist falling under his spell. In interview with Yasmin Khalifa, ... END_OF_DOCUMENT_TOKEN_TO_BE_REPLACED

War, poverty, cholera – and now coronavirus has taken hold in Yemen. The country could collapse, aid organisations fear. A Yemeni journalist talks about the situation in her ... END_OF_DOCUMENT_TOKEN_TO_BE_REPLACED
Author:
Israel Rafalovich
Date:
Mail:
Send via mail

END_OF_DOCUMENT_TOKEN_TO_BE_REPLACED
Social media
and networks
Subscribe to our
newsletter