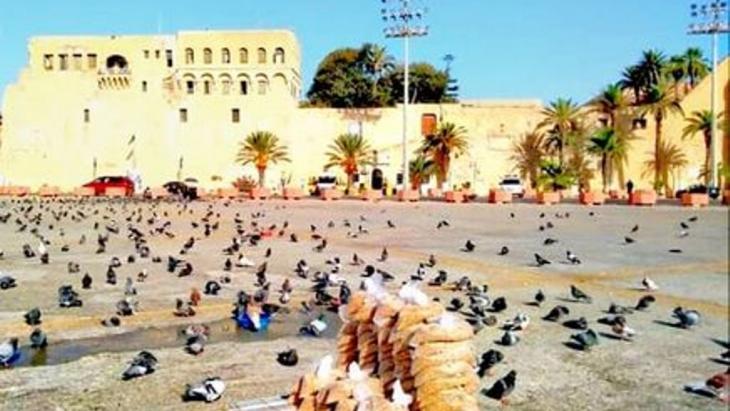 In a novel response to Libya’s ongoing civil war, photographers in the capital, Tripoli, are building a vast archive of photographs highlighting the beauty that can be found despite the chaos and bloodshed. By Moutaz Ali

Over a year ago, as armed clashes began, a core group of ten photographers gathered to support and encourage each other in documenting the city known as the "bride of the Mediterranean". Calling itself "Corners of Tripoli", the group decided to look for hidden corners as well as places in plain view that capture the character and pulse of the city.

In only a year, that core group has ballooned to 16,000 photographers who have taken on the mission of capturing their city in images. The group, composed mainly of amateurs but also including some professional photographers, has produced many thousands of striking images showing Tripoli’s great variety.

The group has expanded to include members with other talents in addition to photography. Members now include painters and other artists as well as historians knowledgeable about Tripoli’s history, says Ali Jawashe, a founding member who administers the group’s Facebook account.

Coronavirus, both challenge and inspiration 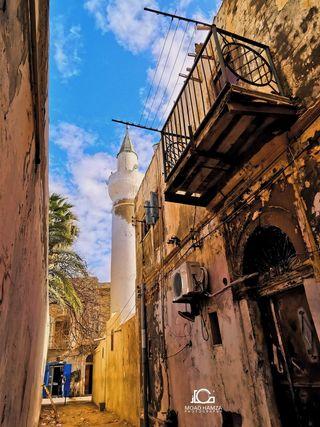 A different view of Libya: the group "Corners of Tripoli" searched for hidden corners and places that capture the character and pulse of the city. The photographers focused on life that continues despite the smouldering conflict

The spread of the novel coronavirus posed challenges to taking pictures, but also provided inspiration.

"We respond to COVID-19 by showing people with hope and purpose," says Riad Zbeida, another founding member. "We show doctors and nurses at work, and parents and kids doing interesting activities while staying at home, to illustrate the message to stay home."

Members took nearly 5,500 pictures during a single month at the height of the pandemic, says photographer Nada Abu Gharara, a 21-year-old media student at the University of Tripoli. Her photography focus had been on landscapes, showing sweeping views of the city and its surroundings.

But her membership in the group introduced her to other styles, such as close-up photography of small subjects such as plants or household objects.

Destinations have included Tripoli’s historic quarter, as well as forests and other natural spaces.

In defiance of the conflict

The group plans to create an exhibition of its works and hopes to attract more members. "We invite members of all ages to join and learn about different types of photography, including techniques to photograph details so tiny they cannot be seen with the naked eye," says member Salah Al-Osta.

He is an expert in capturing tiny objects in detail, called macro photography. "The most excited thing is to see the curiosity in the eyes of young photographers when they notice a very small thing in nature and can create a beautiful detailed portrait from it," he says.

In the face of Libya’s ongoing and bloody civil war, in which several foreign powers are involved, Libya’s photographers keep focusing on the life that continues in spite of it all. Taken together, the pictures tell a story of love, patience, beauty and hope, says journalist Nada Alshalhi. "They speak of a charming city, resisting a war that was never their choice in the first place."

Arab youth express their hopes and wishes for the New Year, spanning everything from civil and political rights, to education, to arts and culture. By Rafiah Al Talei END_OF_DOCUMENT_TOKEN_TO_BE_REPLACED

Ankara is seeking to improve its relations with several states in the Middle East – such as the United Arab Emirates, Egypt and Israel. There are several reasons for this. ... END_OF_DOCUMENT_TOKEN_TO_BE_REPLACED

Despite Syria's lengthy civil war, dictator Bashar al-Assad is now being courted by many governments in the Middle East as if nothing ever happened. The reasons for this vary. By ... END_OF_DOCUMENT_TOKEN_TO_BE_REPLACED

Racism exists in the Arab world. People with dark skin are discriminated against and often see their rights curtailed. Activists have had enough of such treatment and are starting ... END_OF_DOCUMENT_TOKEN_TO_BE_REPLACED

Unauthorised immigration to Europe went down at the peak of the pandemic. As EU countries re-open, migrant flows are back up. What does it mean for the EU – and for migrants? By ... END_OF_DOCUMENT_TOKEN_TO_BE_REPLACED
Author:
Moutaz Ali
Date:
Mail:
Send via mail

END_OF_DOCUMENT_TOKEN_TO_BE_REPLACED
Social media
and networks
Subscribe to our
newsletter