What chance of the truth?

While Callamard's request for an international criminal investigation has so far not gained much traction, Khashoggi's murder is still a live feature of international diplomacy and U.S.-Saudi relations.

Callamard said that although the Saudi trial is flawed, she believes we will reach a "definitive" and "credible" truth, but "justice for Jamal must take other dimensions."

That means welcoming new evidence from journalists, intelligence agencies and government; directing sanctions at much higher elements within the state; celebrating the values Khashoggi died for and strengthening protections for journalists. 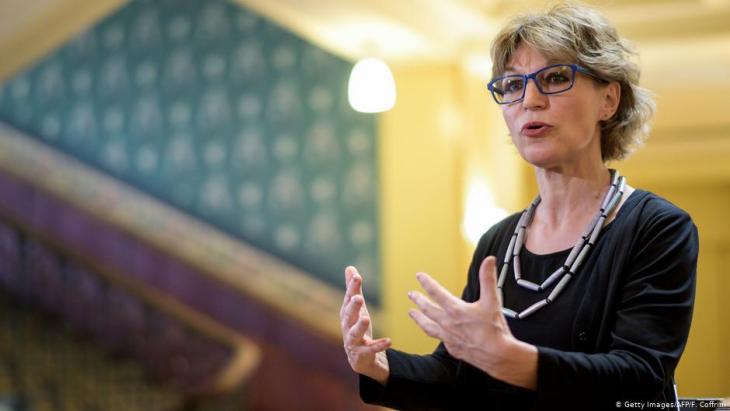 UN human rights expert Callamard said that although the Saudi trial is flawed, she believes we will reach a "definitive" and "credible" truth, but "justice for Jamal must take other dimensions." That means welcoming new evidence from journalists, intelligence agencies and government; directing sanctions at much higher elements within the state; celebrating the values Khashoggi died for – and strengthening protections for journalists

Although there have been signs of a thaw in relations since Riyadh's Western allies rallied to support Saudi Arabia against what it called Iranian attacks on its oil facilities in September, relations are still rocky.

On Thursday, a Saudi attempt to block a UN Human Rights Council investigation into Yemen war atrocities was voted down, despite heavy lobbying.

The U.S. Congress has passed several measures denouncing the Saudi leadership, but President Donald Trump has vetoed legislation to block arms sales and withdraw support for the war in Yemen in order to maintain a strategic partner against Iran.

Germany has extended a freeze on Saudi arms sales prompted by the killing, but has announced it will restart joint police training, while it also joined the UK and France in expressing "full solidarity” in blaming Iran for recent attacks.

For Callamard, Khashoggi's legacy lays in his inspiration of young Saudi critics and how his death has tarnished the reformist image MbS has tried to cultivate.

"His reputation as the modernist king or prince has been uncovered for what it is, a very empty shell at the end of the day," Callamard said. "The emperor is naked and the servants will be increasingly speaking out."

Twenty-six journalists have been killed in the year since Saudi dissident Jamal Khashoggi's murder on 2 October 2018, according to the Committee to Protect Journalists.

"Je suis Prof": in the wake of the horrific murder of teacher Samuel Paty, thousands of people took to the streets in cities across France in a show of support for the values of ... END_OF_DOCUMENT_TOKEN_TO_BE_REPLACED

This 11 September marked the nineteenth anniversary of the terrorist attacks in New York and Washington. The wide-ranging repercussions of those attacks in the years since 2001 ... END_OF_DOCUMENT_TOKEN_TO_BE_REPLACED

With the arrival of thousands of Tunisian refugees in Italy, the Italian government is putting increased pressure on Tunisia and wants to extend its deportation deal with the ... END_OF_DOCUMENT_TOKEN_TO_BE_REPLACED

After the devastating fires in the Moria migrant camp on Lesbos, Muhammad spent days on a sealed-off section of road with thousands of others. His most fervent wish is to leave ... END_OF_DOCUMENT_TOKEN_TO_BE_REPLACED

After the al-Qaida terrorist network attacked the US on 11 September 2001, Germany backed the US-led military and diplomatic mission in Afghanistan – and still does. Nineteen ... END_OF_DOCUMENT_TOKEN_TO_BE_REPLACED

END_OF_DOCUMENT_TOKEN_TO_BE_REPLACED
Social media
and networks
Subscribe to our
newsletter