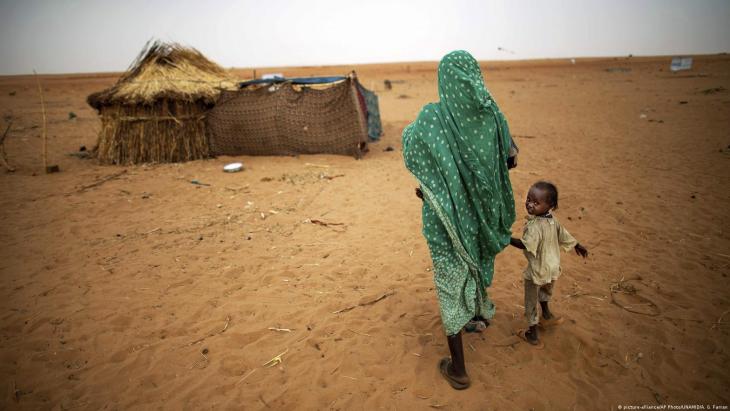 In his multi-layered novel, Sudanese author Abdelaziz Baraka Sakin tells the incredible story of a charismatic "prophet" rallying followers in Darfur, a region devastated by bloody civil war. It is a moving tale of war and love, revenge and hope. Volker Kaminski read the book

In stark contrast to the peace-loving message of the prophet, who is filled with love and humanity, stands his own predicament: 666 soldiers as well as a whole host of carpenters are sent out to capture and crucify him and his few followers. This is the start of the novel, dedicated thereafter to the victims and various hostile groups, taking us on a journey into the most recent past of Sudan – a saga that involves war, destruction and the suffering of countless people.

The reader is caught up in the fate of a population trapped in a brutal civil war between government troops and rebels, with huge loss of life and little chance of survival. There are however strong, outstanding individuals who put up a brave, radical fight such as Abdarrahman, a war orphan who gave herself a boy’s name.

Over the course of the novel, she is transformed from victim to rebel, marries a soldier who was forcibly recruited, and demands from him the killing of at least 10 members of the Janjaweed, the unscrupulous killer commando who raped her, but then takes the matter into her own hands, gets her hands on some weapons and exacts her revenge alone. 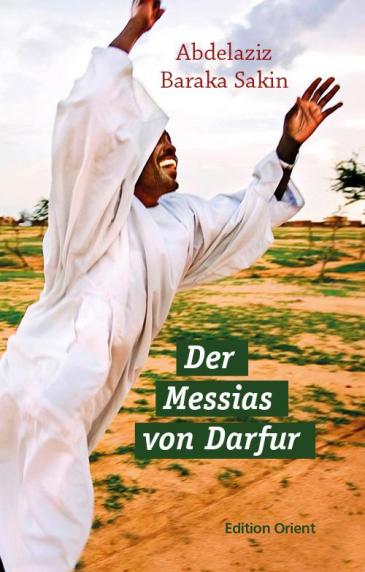 Though unavailable in English, Abdelaziz Baraka Sakin's "Messiah of Darfur" has been translated into French, Spanish and, most recently, German. Much of the novel is about events from the conflict in Darfur in Western Sudan, which has been dragging on for decades. Besides the suffering of the people, however, there are also many passages that deal with trust and friendship, with human action in the midst of rawness and depravity

Trust and friendship amid the rawness and depravity

The prophet, who actually preaches peace, would be completely on her side in this, because his personal motto, which is also the motto of the novel, is: "It is easier for a camel to go through the eye of a needle than for a Janjaweed to enter the Kingdom of God."

The terrible Janjaweed in question (literal translation: "devils on horseback") is an actual group of nomadic tribesmen deployed by the government as militias in times of conflict and known for its extreme brutality.

Large sections of the novel are based on true events researched by the author, for example when he describes the forced recruitments and massacres of the population. Also the fact that male main protagonists change sides and join the rebels after escaping, is based on known events in the protracted conflict within Darfur’s civil war.

Some of the things that happen in the villages are barbaric, people are enslaved, women are randomly raped, and we are captivated by the courageous deeds of the resistance against the murderous robber bands in the turmoil of war. But alongside these oppressive episodes, there are also many passages that deal with trust and friendship, and with human actions amid the rawness and depravity.

Abdelaziz Baraka Sakin is one of Sudan's most important contemporary authors. He skillfully blends fact and fiction, so that over the course of 150 pages an expansive panorama of this savanna-rich nation on the edge of the Sahara reveals itself, a nation blighted by a decades-long civil war steered by the government, a conflict that has inflicted immeasurable suffering on its victims.

In the epilogue, Enrico Ille provides information about the particular history of the country, the places that feature in the novel and the past decades during which the conflict parties have formed, groups that remain hostile to this very day: "Darfur continues to be a region wracked with tension and conflicts," Ille writes.

The figure of the prophet in the novel also has roots in history and is not simply a product of the writer’s imagination. In 1921, a certain Abdullahi Suheini declared himself to be the prophet of Jesus (in the same region as in the novel) and amassed a large army to launch an attack on the government, to expel British colonial overlords.

And how does the story of the prophet end in the novel? It’s a fairytale ending; the prophet and his troops including the captain and all the soldiers who surprisingly decided to join him, fly up towards the sky, carrying their crosses on their backs like wings. This may seem escapist, but it is perhaps the only way to leave the suffering of the present behind and find some comfort.

It can also be seen as a strategy of moral liberation that the writer – when dealing with such a gravely serious and oppressive theme – makes frequent use of irony and satire, thereby achieving an element of distance. An impressive, evocative and thrilling book by a confident writer in its German translation by Gunther Orth, who has perfectly rendered the reflective, ironic narrative tone of the work.

United Arab Emirates strongman Sheikh Mohammed bin Zayed al-Nahyan, who was formally elected president on 14 May, has led a realignment of the Middle East, creating a new anti- ... END_OF_DOCUMENT_TOKEN_TO_BE_REPLACED

A stage, lights, a mesmerised audience: it looks like an Egyptian folkloric concert, but Umm Sameh is singing to heal the sick by driving out the demons that possess them END_OF_DOCUMENT_TOKEN_TO_BE_REPLACED

Sudanese entrepreneur Mohamed Samir watches proudly as workers assemble garishly coloured rickshaws, unique in the North African nation because they run on electricity in a bid to ... END_OF_DOCUMENT_TOKEN_TO_BE_REPLACED

From the Euphrates to the Mekong, dams that ensure one country's water supply risk leaving others parched. But shared water resources can be a source of peace as well as conflict ... END_OF_DOCUMENT_TOKEN_TO_BE_REPLACED

"Aboogi", on the City Slang label, is the latest release from Imarhan. Hailing from southern Algeria, Imarhan are one of the many bands that have emerged from the Tameshek ... END_OF_DOCUMENT_TOKEN_TO_BE_REPLACED

A straightforward message emerged from last week’s meeting in the Negev desert of the foreign ministers of four Arab countries, Israel and the United States: Israel is key to the ... END_OF_DOCUMENT_TOKEN_TO_BE_REPLACED
Author:
Volker Kaminski
Date:
Mail:
Send via mail

END_OF_DOCUMENT_TOKEN_TO_BE_REPLACED
Social media
and networks
Subscribe to our
newsletter