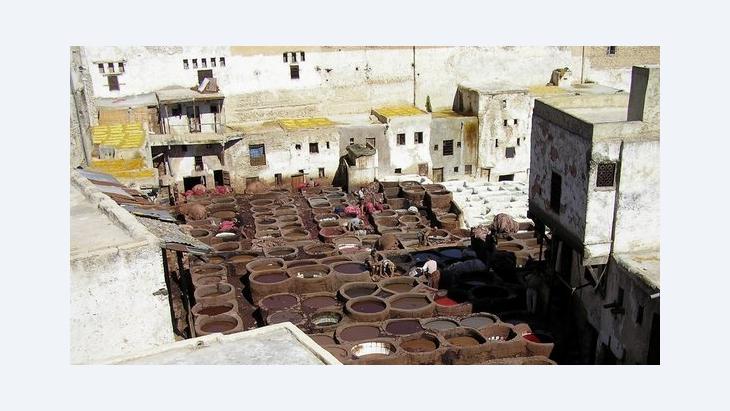 ﻿In his most recent novel, Le jour du Roi (The Day of the King), which has just been published in German translation, the Moroccan author Abdellah Taïa once again takes the reader back to the "leaden years", Morocco's dark days under the former ruler Hassan II. Claudia Kramatschek sends us this review

The avatars of the Arab dictators and their systems are still there, sitting in the administrations and in the terrified hearts of the people. So said the Moroccan author Abdellah Taïa in an article in response to the Arab Revolution ﻿for the newspaper Freitag in September 2011.

Born in Rabat in 1973, Taïa had a few years earlier revolted in his own way against the rigid social mechanisms of his homeland. In an interview with the Moroccan political magazine Tel Quel in 2006, he became the first writer in the country to openly acknowledge his homosexuality.

In doing so, he broke a taboo and sparked a storm of indignation and hostility. Moroccan society may have become more open and tolerant in some respects, especially under the current king, Mohammad VI, but at its core, it is still deeply conservative – certainly where the relationship between the sexes is concerned.

The shadows of the past

In all his books to date, Taïa has held up a mirror to these – also politically – rigid structures by going back to the 1980s and 1990s, thereby researching their causes. 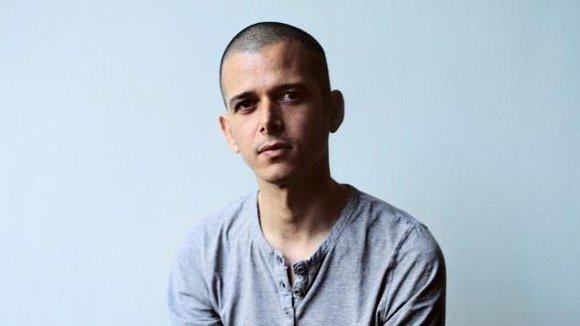 ​​This is also the period to which his most recent novel, Le Jour du Roi (The Day of the King) – published in 2010 by Seuil in Paris, where Taïa has been living since 1999 – returns us. We are in the midst of Morocco's so-called leaden, or black years. Under Hassan II, the then monarch, the father of the current king and ruler of Morocco, undesirable opponents and opposition activists are being locked up, tortured and killed in droves.

The novel itself is set in 1987, in a small town between Rabat and Salé. It takes place on a Thursday in June, on the Day of the King. On this day, Hassan II will pass down the street so that his subjects can acclaim him. In the midst of the waiting crowd are two boys who could not be more different, yet are best friends: Omar, the 14-year-old first-person narrator, who comes from the impoverished suburbs, and Khalid, the son of a rich family, privileged on account of his background and class. 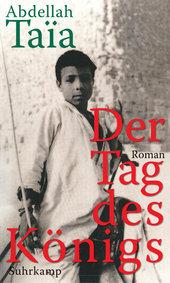 With what Claudia Kramatschek describes as "the frightening dynamic of a Greek tragedy", Abdellah Taïa tells the story of a fragile young friendship in Morocco's leaden years

​​﻿For Omar, who has had to look after his father since his wife left him, Khalid represents the imaginary gate to a short-lived freedom from which he is in fact absolutely excluded. For Khalid, Omar seems like an exotic creature from an unfamiliar world, someone who gratefully shares all the dark visions that Khalid, spoiled and bored by his comfortable life in the sun, relates to his unequal friend.

One thing, however, that Khalid hasn't told his best friend is that, as the best student in his class, he has been chosen to kiss the king's hand on this momentous day. Omar only found out about it the previous day, in front of the whole class, straight from the headmaster. Shortly before this, Omar had told Khalid about a bad dream of his own: he, Omar, had to approach the king and made a hopeless mess of it.

The fundamental social injustices, above all the unbridgeable gulf between rich and poor, are thus the decisive constant with which Taïa has imbued their relationship. Right from the start, the reader understands the division of roles; right from the start, events are determined by the frightening dynamic of a Greek tragedy in which destiny is bound to take its inevitable course.

But in this highly formalized novel, the Day of the King is also the day when Omar, the supposed victim of social circumstance, exacts deadly revenge for his betrayal by Khalid, child of the rich and the powerful.

At the same time, Taïa increasingly arrays his story in the loaded, almost fairytale motifs of expressive but also dreamlike images. First, Omar lures his friend into the forest where, divested of their social differences, they each play at being the other, as if in a game. When they return to the town, Omar pushes his friend off the bridge that separates town from countryside; separates modern from ancient Morocco, the rich from the poor.

The friend has become the enemy; the victim turned executioner. But Taïa makes clear that this will make no difference in the social context as long as background, class and skin colour continue to determine someone's worth.

In the novel, Taïa depicts through other characters the contempt experienced by those who have been deprived of their rights. Hadda, for example, is the black maid in Khalid's villa. Her skin colour alone is sufficient reason for her to be discriminated against. Khalid's father takes her as his lover until he gets tired of her. Then she is fired. 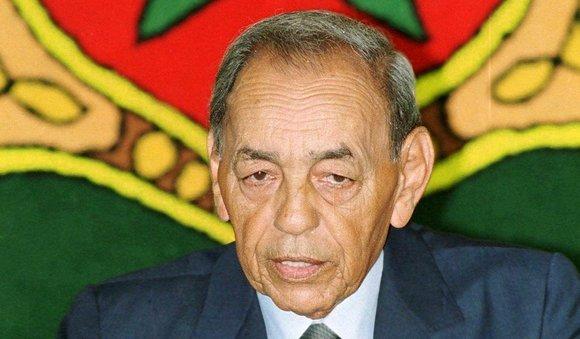 Two boys from opposite ends of the social spectrum; one awe-inspiring, omnipotent king: Omar, who has grown up in poverty, is haunted by a dream in which he makes a fool of himself in front of King Hassan II (pictured above), while Khalid, who wants for nothing, fulfils his dream of kissing the king's hand

Omar's mother also has dark – very dark – skin. Furthermore, she is a prostitute. To her husband, she is good enough to satisfy his own desires, but he cannot respect her as a wife and mother. In the end, she betrays him in his own house. When she leaves him, he becomes a child, and his own son has to look after him. In other words, as Taïa's artful yet razor-sharp symbolism shows us, while this world is out of joint, it still continues just as before. Everything exudes the bitter taste of injustice, yet change is not allowed. However, where change is not allowed, eventually – as in the case of Omar – things implode.

In his Freitag article, Taïa goes on to say that Moroccans have looked away for long enough; now at last, he claims, they are starting to examine themselves, their past, their history, their generation, and to ask themselves: who are we? How did we get where we are now?

In this respect, The Day of the King is a political novel, even though it uses poetic, almost soaring language to express the pain and anger and hope of a nation that has for far too long been alienated from itself: because for far too long, it has been robbed of its right to dignity, and of the freedom of the individual.

As Pride Month draws to a close, Richard Marcus delves into Saqi Books’ latest publication, "This Arab is Queer". Edited by Elias Jahshan, this anthology of essays is remarkable ... END_OF_DOCUMENT_TOKEN_TO_BE_REPLACED

Algeria's decision to unilaterally sever diplomatic ties with Morocco in August 2021 – days after the presidency announced in a statement their relations would be reviewed – was ... END_OF_DOCUMENT_TOKEN_TO_BE_REPLACED

Madrid's about-face on the Western Sahara conflict has enraged Algeria. Trade relations have been frozen unilaterally and a cut in gas supplies to Europe could be in the pipeline ... END_OF_DOCUMENT_TOKEN_TO_BE_REPLACED

With regard to gender justice, things look bleak in the Arab world. Laws typically discriminate against women, while national legislation all too often does not comply with the ... END_OF_DOCUMENT_TOKEN_TO_BE_REPLACED

This year’s Morgenland Festival opened with the premiere of Kinan Azmeh’s musical theatre piece, “Songs for Days to Come”, based on fifteen poems by contemporary Syrian poets. ... END_OF_DOCUMENT_TOKEN_TO_BE_REPLACED

A ceasefire has been in effect in Libya for the past year and a half. Yet after Russia's attack on Ukraine, another proxy war looms in Africa's most oil-rich country. Mirco ... END_OF_DOCUMENT_TOKEN_TO_BE_REPLACED
Author:
Claudia Kramatschek
Date:
Mail:
Send via mail

END_OF_DOCUMENT_TOKEN_TO_BE_REPLACED
Social media
and networks
Subscribe to our
newsletter