He was a contemporary of Indian pacifist Mahatma Gandhi and always preached an Islam of nonviolence: Abdul Ghaffar Khan, the man who was venerated by the Pashtuns as "King of Chiefs" died 20 years ago in Peshawar. A portrait by Nasim Saber 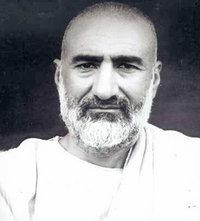 ​​Abdul Ghaffar Khan was born in 1890 in Charsadda near Peshawar in the British-occupied northwest sector of the Indian subcontinent. He was a member of the Mohammadzai family, a respected Pashtun dynasty, to which Zahir Shah, the last king of Afghanistan, also belonged.

Abdul Ghaffar Khan grew up to become a pioneer of nonviolence in a region plagued by wars. The Pashtuns still revere him today as "Badshah Khan" (King of Chiefs).

In 1910, when he was only 20 years old, Abdul Ghaffar Khan already built a school near Utmanzai in the northwest region of what is today Pakistan. He went on to found the "Anjuman-e islah ul Afghana" (Afghan Reform Association) and to publish the magazine "Pashtoon" in order to reach the masses under British domination.

Protests by the "Red Shirts"

These efforts culminated in the establishment of the "Khudai Khidmatgaran" (Servants of God) in the 1920s, an army of tens of thousands of unarmed Pashtuns who limited themselves to passive resistance through civil disobedience. They wore bright red as a sign of protest, prompting the British to dub them the "Red Shirts."

At the climax of the protests against British sovereignty in northwest India, British troops shot at a crowd of unarmed demonstrators on April 23, 1930, killing hundreds.

Later, however, the British soldiers chose to rebel rather than causing another bloodbath. At Peshawar's "Qissa Khwani," or storytellers' bazaar, they ignored the order to fire. This event is today considered the turning point in the fight for Indian independence. None other than King George VI himself ordered an investigation of the incident. 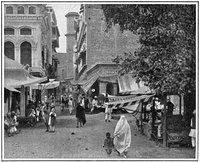 ​​"Amal, yaqeen, muhabat" – selfless action, faith and love are the essence of Islam, preached Badshah Khan. As "Khudai Khidmatgar" (Servant of God) he believed that God himself was not in the need of services; rather, serving his creation meant serving God.

When joining the movement, members swore "to forgive anyone who oppressed them or treated them cruelly." Moreover, every member was enjoined to "lead a simple life" and perform social services for at least two hours a day.

Badshah Khan himself lived by this credo his whole life long. Zarin Anzor, a renowned Afghan publicist who once met Badshah Khan and later attended his funeral, describes him as "a personality with principles who stayed true to those principles till the day he died."

In addition to fighting for the unity and freedom of the Pashtuns, he also devoted his energies to achieving social and cultural reforms and believed that "the Pashtuns should go to school so that they can learn, and should be able to do so in their own language."

A life in prison

Because of his principles and his close association with the movement for Indian independence under Mahatma Gandhi, Badshah Khan was repeatedly imprisoned by both the British and Pakistani governments. He thus spent several decades of his 98 years in British and Pakistani prisons. Amnesty International even nominated Abdul Ghaffar Khan "Prisoner of the Year" in 1962.

​​He is still revered today by many in Afghanistan, Pakistan and India. In Afghanistan, he is often called "Fakhr-e Afghan" (Pride of the Afghans). India distinguished him in 1987 as the first non-Indian to receive the highest civilian honor, the Bharat Ratna Award.

Badshah Khan died on January 20, 1988, under house arrest in Peshawar, and was buried according to his wishes in the city of Jalalabad in Afghanistan. For one last time, tens of thousands of his followers marched on his behalf, in a funeral procession over the historic Khyber Pass from Peshawar to Jalalabad.

Toward a culture of peace

To mark the 20th anniversary of his death this year, no more than a handful of Afghan intellectuals held a memorial service at the grave of Badshah Khan. But cultural associations in the region and in Europe are planning numerous ceremonies in the memory of the non-violent Pashtun leader.

Professor of Indian literature Eknath Easwaran, who has written a book about Mahatma Gandhi and Badshah Khan, describes the two men as "allies in a revolution of the human spirit and pioneers of a culture of peace."

And in fact Badshah Khan's philosophy of a non-violent Islam appears to have lost nothing of its appeal and pertinence today – not only in this war-torn region, but all over the world.

END_OF_DOCUMENT_TOKEN_TO_BE_REPLACED
Social media
and networks
Subscribe to our
newsletter