At the end of August seven people from Asia were awarded the Ramon Magsaysay Prize in Manila. Abdullah Abu Sayeed is one of the prize winners. Ronald Meinardus introduces him 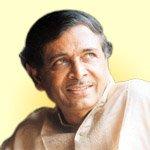 ​​Since its founding in 1957, this prize named after the former president of the Philippines has become one of the most prestigious awards in the Asian region.

The Magsaysay prizes are often mentioned in the same breath with the Nobel Peace Prize. Like the Nobel Prize, the Magsaysay Prize is awarded for socially relevant lifetime achievement.

The committee singles out for honor those people whose work has helped lead to a better future for their country.

The rich literary tradition of Bangladesh

Abdullah Abu Sayeed, one of this year's prize winners, is from Bangladesh—a country with a very rich literary tradition. But the times have changed, and rampant poverty and political turbulence have led to the current dire situation, in which very few people in Bangladesh have access to books.

In addition, technological progress has played a role. As elsewhere in the world, television has taken on a dominant role in this Asian country. But Abdullah Abu Sayeed has never accepted the marginalization of books.

He views the disappearance of the printed word from the lives of his countrymen as a great danger that leads to intellectual poverty. In 1978 Sayeed founded the "World Literature Center" with the goal of reviving the population's interest in reading—above all among youths.

For Sayeed, reading is not only about personal education; he understands it as having far-reaching social implications.

"We must think before we act," says Sayeed. "Thinking will always be an important component of human life. The more we think, the better we do. And when people read books, they think more. If we can organize the people as reading beings, the nation will think more and more. But when they don't read books and only sit in front of the television, then people will have less time for reflection. You see: books are very important."

Mobile libraries for the provinces

In the past years, Sayeed has spread his reading centers all over the country. The lack of public libraries led him to the idea of creating mobile libraries.

With the help of foreign aid organizations, Sayeed bought old buses, filled them with books, and sent them out across the country.

Sayeed dreams of a society in which people are enlightened. For him, winning the Ramon Magsaysay Prize is a great honor—and also an incentive to continue his work.

"Every prize, all recognition, is inspiring, gives you joy and strength. But simultaneously, the prize also increases your sense of duty and responsibility. I feel that I now have a greater responsibility than previously."

As in past years, this year's winners are from different Asian countries: the People's Republic of China, Thailand, Bangladesh, India, Pakistan and the Philippines.

Despite their very different geographical backgrounds, what unites the prize winners is that they have all devoted their lives to serving society and to improving social conditions in their respective countries.

Translated from the German by Christina White

END_OF_DOCUMENT_TOKEN_TO_BE_REPLACED
Social media
and networks
Subscribe to our
newsletter