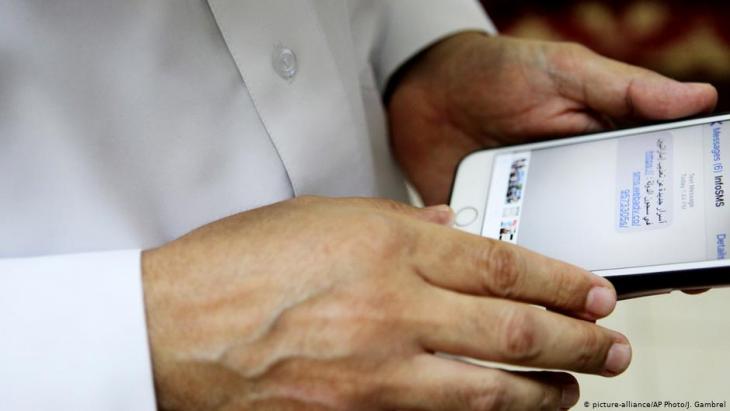 Activists fear increased cyber-surveillance
Will repression in UAE intensify under the Israel deal?

Thanks to the recent rapprochement between Israel and the United Arab Emirates, Abu Dhabi should in future be able to access Israeli espionage software even more easily in order to spy on politically unpopular citizens. By Tom Allinson

Directly after Israel and the United Arab Emirates (UAE) signed a deal normalising ties between their countries last week, prominent Emirati social media accounts, some with links to government, warned that anyone in the UAE criticising the deal should be reported to authorities.

One post linked to an app released by the Attorney General's Office, allowing users to easily report tweets that threaten "the basic principles of social security". In the past, critical social media posts have resulted in detention, forced disappearances and torture, contributing to a climate of fear, experts and activists say.

That relationship is expected to grow stronger under the new deal, paving the way for "increased surveillance and policing of speech, not just domestically but regionally too," Hiba Zayadin, a researcher at Human Rights Watch, said.

Israeli hardware and software have allowed Emirati authorities to "control any activity in the public and private space," said Andreas Krieg, a risk consultant and professor at the Defence Studies Department of King's College London. "It has contributed to a constraint of the freedom of speech over the past decade that is unprecedented in its rigidity, even in the Gulf."

One of the most high-profile Emirati rights activists, Ahmed Mansoor, was targeted by the Israel-based NSO Group's Pegasus spyware in 2016, Khalid Ibrahim, the executive director of the Gulf Center for Human Rights, revealed. 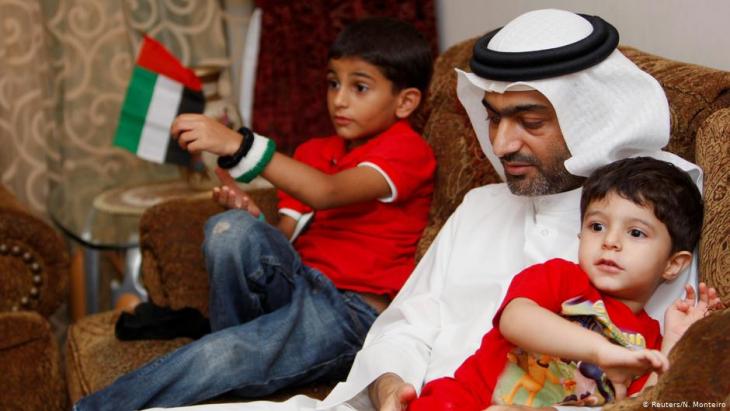 Arrested and convicted: Emirati human rights activist Ahmed Mansoor has been imprisoned for political reasons since March 2017. PEN Germany recently made the blogger, poet and human rights activist, who is currently detained in the United Arab Emirates, an honorary member

After hacking his Twitter account, "They sent him a text message with a link to a case of torture," Ibrahim said. "But he didn't click on the link. He sent it to Citizen Lab, and when they did the analysis, they discovered it was a link that will transform his cell phone into a spying device."

Mansoor was convicted of damaging the country's unity in a closed trial in 2017, sentenced to 10 years in jail and is now held in solitary confinement.

More recently, the UAE branched into developing its own surveillance tools using U.S. and Israeli expertise, multiple investigations  have found.

In 2017, UAE company DarkMatter lured a wave of ex-Israel Defence Forces employees of NSO to work for it, with salaries as high as $1 million. DarkMatter hacked the iPhones of hundreds of activists, political leaders and suspected terrorists, according to a Reuters investigation. 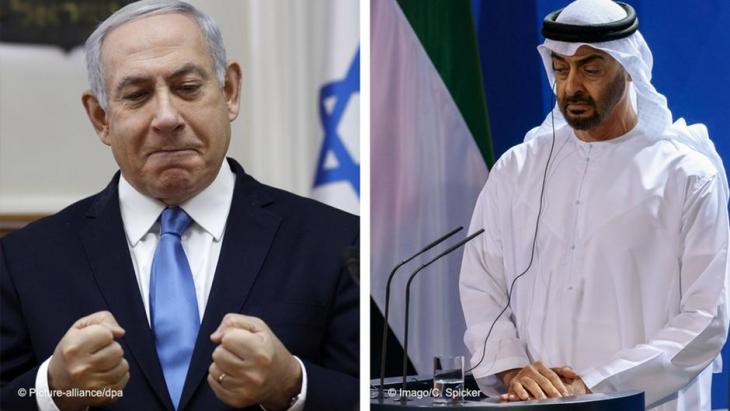 Historic diplomatic solidarity: Israel's Prime Minister Benjamin Netanyahu and Mohamed bin Zayed, Crown Prince of Abu Dhabi. The Emirates recently made the surprise announcement that they would be the third Arab country – after Egypt and Jordan – to establish diplomatic relations with Israel. In return, Israel wants to suspend the annexation of territories in the occupied West Bank, which the Palestinians claim as their own

Just last year, a firm allegedly linked to DarkMatter released a messaging app called ToTok in the UAE, where similar platforms like Skype and WhatsApp are banned. An investigation by The New York Times found ToTok was actually used by the Emirati government "to try to track every conversation, movement, relationship, appointment, sound and image of those who install it on their phones."

ToTok's sole shareholder was listed as the Emirati company Group 42, whose CEO ran a subsidiary of DarkMatter for years, according to databases seen by the Associated Press. Group 42 denied any connection with DarkMatter.

A "win-win" for the new allies

Just before the normalisation deal was announced, Group 42 announced a deal to cooperate on coronavirus solutions with Israel Aerospace Industries' Elta Division, considered a world leader in cyber defence technology.

"With Israeli technology being world leading and the UAE building a 21st century surveillance state with deep penetration into countries in the region, both have seen this as a win-win," Krieg said. "Such relationships are only possible because the Israeli security establishment has sanctioned it."

DarkMatter, a spokesperson for the UAE Foreign Affairs Ministry and the Israeli Foreign Ministry did not respond to requests for comment.

Officials say the thousands of cameras across the city are used to monitor traffic and unlawful gatherings. But a source close to the companies involved told Middle East Eye, a London-based outlet some complain to be anti-Emirati, "Every person is monitored from the moment they leave the doorstep to the moment they return to it."

With Israeli officials also encouraging Gulf countries such as Bahrain and Oman to move toward normalisation, such security ties might expand across the region.

"A deal with Bahrain would provide opportunities for Israeli AI and cyber companies, however, it would be much harder for them to receive an export license of know-how and technology," Krieg said. "Any proliferation of expertise in this field to Bahrain would likely come indirectly via Abu Dhabi, which for Israel has become a new intel hub in the Gulf."

The proliferation of such tools is also not restricted to the UAE and Israel. Companies from Canada to Italy have also sold hacking tools to regional rulers to repress freedom of expression, says Ibrahim, pointing to Qatar as well as UAE as examples of repressive regional states.

"The EU says all the time human rights are at the very heart of our way," said Ibrahim. "But when it's about the cooperation of European companies with oppressive governments in relation to civilians, they've really done very little."

Home
Print
Newsletter
More on this topic
Political activism in the Gulf: The UAEʹs policy of zero toleranceUAE foreign policy and the Crown Prince of Abu Dhabi: Hardly a ruler in waitingRepression against journalists: A world of Khashoggis
Related Topics
Benjamin Netanyahu, Democracy and civil society, Freedom of the press, Human rights, Media in the Arab World, Mohamed bin Zayed Al Nahyan, New media in the Muslim world
All Topics

How is one to convey the history of Islamic images of Muhammad freed from today’s polarised politics? What are the challenges and pinch points of this particular academic ... END_OF_DOCUMENT_TOKEN_TO_BE_REPLACED

The devaluation of the Egyptian pound combined with rising food prices is taking its toll on Egypt. More and more people are slipping into poverty. Karim El-Gawhary reports from ... END_OF_DOCUMENT_TOKEN_TO_BE_REPLACED

Chinese President Xi Jinping's visit to Saudi Arabia in December 2022 may have rattled Washington, but it simply highlighted the Arabs’ desire to diversify their foreign relations ... END_OF_DOCUMENT_TOKEN_TO_BE_REPLACED

Lebanon was long viewed as the Switzerland of the Middle East. Until relatively recently, billions were deposited in its banks. Gulf states were among the foremost investors in ... END_OF_DOCUMENT_TOKEN_TO_BE_REPLACED

Protests by Western activists at the FIFA World Cup may have backfired and sparked a backlash against gay, lesbian and queer communities in Qatar, critics say. By Cathrin Schaer END_OF_DOCUMENT_TOKEN_TO_BE_REPLACED

According to a recent survey, half of all Iranians say that they have left Islam as a religion, while two-thirds believe Islamic law should be excluded from their legal system. In ... END_OF_DOCUMENT_TOKEN_TO_BE_REPLACED
Author:
Kersten Knipp & Tom Allinson
Date:
Mail:
Send via mail

END_OF_DOCUMENT_TOKEN_TO_BE_REPLACED
Social media
and networks
Subscribe to our
newsletter