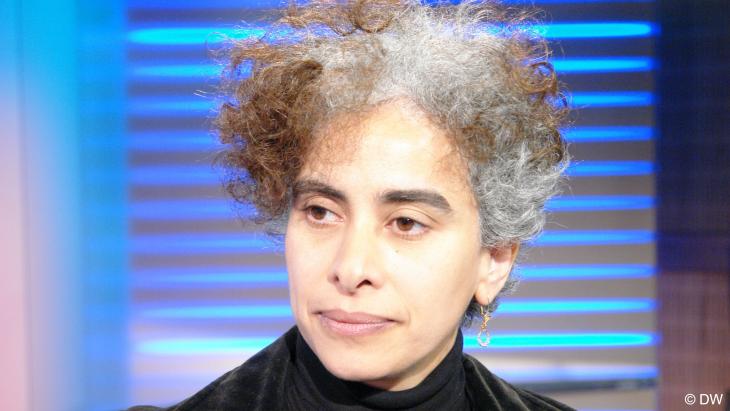 What do we mean when we talk about Palestinian literature: an exploration using the example of Adania Shibli’s slender novel "Minor Detail". By Miryam Schellbach

One October morning in 2003, a young Palestinian woman is engrossed in the Israeli newspaper Haaretz. When she looks up again, she is changed. A report by an Israeli journalist documents in detail the gang-rape of a Palestinian Bedouin woman – still a girl, really – by Israeli soldiers from the IDF on 13 August 1949. The deed and the article form the thematic brackets of the novel Minor Detail by Adania Shibli. And neither the deed nor the revelatory article is invented; both are real.

When the Palestinian woman in the novel reads about the rape, she is transfixed by one small detail. The day on which the abuse and the subsequent murder took place was exactly 25 years before she was born – and now, more than 50 years later, she reads about them and decides to investigate the story. She wants, as people say so often and so prosaically these days, to give a voice to the nameless.

Adania Shibli deserves to be better known, as does Palestinian literature as a whole. But – and here we are already faced with a problem of delimitation – what is Palestinian literature, exactly? Who writes it: people in the diaspora community – Palestinian Americans, for instance – or people from the West Bank and the Gaza Strip, or those who live in Israel, the Arab Muslims and Christians who still make up 20 percent of the country’s population?

Palestinian literature is also hard to define because of its polyglot nature. The canonical greats such as Mahmoud Darwish or Emil Habibi wrote in Arabic. But Sayed Kashua, one of the best-known Arab Israeli authors,  writes his novels in Hebrew and recently left the country for the USA, in protest, as he said, at the stifling political situation. And novels written in Spanish must also be counted, including Lina Meruane’s chronicle, Volverse Palestina. Meruane’s family emigrated from Beit Jala in what is now the West Bank to Chile, the country with the largest Palestinian minority outside the Middle East. 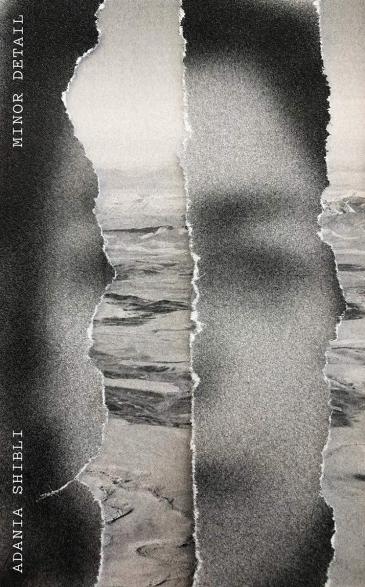 Translated into English by Elisabeth Jaquette, Palestinian novelist Adania Shibli's "Minor Detail" was a finalist for the National Book Award for Translated Literature and long-listed for the International Booker Prize. Shibli talks about what it means that she doesn’t write 'about' Palestine, but rather 'from' Palestine. And why for her, as a writer, so many of the questions surrounding colonisation, dehumanisation and ethno-nationalism come down to language

Details draw us in, arouse our interest

The author Adania Shibli speaks six languages, lives in three countries, and her family history stretches back through four historic regions and nations: the Ottoman Empire; the British Mandate; the West Bank; Israel. Perhaps that makes Adania Shibli a typical diaspora Palestinian from the educated middle classes, someone who returns again and again to the place of her birth. She teaches regularly at the Palestinian Bir-Zait University near Ramallah.

The fact that she was born in 1974 like the nameless protagonist of her novel, and that she also once lived in Ramallah, are just other details; the focus here is not on playing autobiographical detective games. It is on a question that is all the more relevant today: why do we feel so close to one person’s fate at certain moments, and why does it pass us by at others?

"Of course, this may sound like pure narcissism, that fact that what drew me to the incident, what made it begin haunting me, was the presence of a detail that is really quite minor when compared to the incident’s major details, which can only be described as tragic," the narrator confesses. But she has no reason to feel ashamed. Details capture our attention; they draw us in, they arouse our interest.

The first part of Minor Detail gives a frostily sober account of the last three day of the nameless Bedouin girl’s life. Everything about it is difficult to bear. The distance that the narrative voice maintains, as it sticks close to one of the perpetrators. The officer in charge of the special unit – a man who also remains nameless – is bitten by an animal, probably a scorpion, the night before his unit comes across the Bedouin group.

From then on, events unfold in a kind of delirium. The suppurating wound that he hides from his men; the shimmering heat and the wastes of the Negev desert; the dust that gets into everything; his soldiers’ destructive power. Finally, he himself turns perpetrator. "...he pounced on her, his hand searching for her mouth to shut it. At that she clamped down hard with her teeth and bit him. He quickly pulled his hand back, and shoved the other towards her hair."

Shibli leaves the historical context out of her story, not wasting a single word on the ceasefire agreement with Egypt that was being negotiated at this point in time – and so dances around the phrase "war crime", which is always the wrong term. Only once do we hear the officer say that his unit is stationed in the desert not only to secure the southern border with Egypt, but to "cleanse" the desert of "any remaining Arabs". The first part of the novel ends with the murder of the Bedouin girl, and if the book itself had ended there, Shibli could be accused of exploiting terrible suffering in the name of literature.

Edward Said, a diaspora Palestinian and early theorist of post-colonialism, made an attempt to define Palestinian literature in 1986. Palestinian literature, he argues, is formally unstable, it attempts "to overcome the almost metaphysical impossibility of representing the present". It consists of fragmentary compositions "in which the narrative voice keeps stumbling over itself, its obligations, and its limitations". Edward Said wrote this long before Adania Shibli became a writer. But it is telling that, in the second part of her novel, the first-person narrator is undermined by historical obligations and present limitations.

Her obligation? To prevent the murdered woman ending up nameless on the rubbish heap of history: "like she’s a nobody and will forever remain a nobody whose voice nobody will hear." Her limitation? With her Palestinian passport, she is immobile; the West Bank passport ranks alongside those from Afghanistan and Syria as the "worst" in the world, with practically no hope of being granted visas for other countries.

In search of answers, the narrator gets hold of an Israeli ID from a colleague; with her own, she would be turned back at the checkpoint at once. The Palestinian version of a road trip: travelling illegally, on a borrowed passport and in a borrowed car, and with her halting Hebrew, this young woman is not setting out on an adventure to explore far-off places, but to discover a region just behind the wall, only ten to one hundred kilometres from where she was born.

There are two maps on the passenger seat: one pre and one post-1948. The port district of Tel Aviv with its Israeli Army central archive is her first stop. She calls that part of the city "Yafa" in Arabic, rather than the Hebrew "Yafo". It’s only tourists who can slip up and confuse these names. With a very light touch, Adania Shibli is making a passing reference to a war that even extends to names in these two closely-related Semitic languages.

The fact that in Israel, a nation accustomed to conflict, no action is without an implicit message, no phenotypic feature or piece of clothing escapes religious or ethnic categorisation, is one lesson that Minor Detail teaches us. Thoughtlessly reaching into a pocket for some chewing gum may look to an observer like drawing a weapon.

In among the loud and polarised voices that surround the conflict in the Middle East, Shibli is a quiet, searching, precise observer. It would be great to hear more from her. Thankfully, literature doesn’t have to deliver political analysis, but can show the fate of individual people.

And that is something we can learn from Minor Detail: every political conflict, whether near or far in geographical terms, creates lives that come up against their own limitations before they can really begin.

It is possible to write about the Holocaust and the crimes of colonial powers without downplaying anything. In her latest book, Charlotte Wiedemann focuses on the numerous blind ... END_OF_DOCUMENT_TOKEN_TO_BE_REPLACED

The Palestinian militant organisation Hamas, with Hezbollah's help, is building up a military presence in Lebanon, the ultimate consequences of which could be devastating, writes ... END_OF_DOCUMENT_TOKEN_TO_BE_REPLACED

With his fist bump greeting for a man he previously called a pariah, US President Biden has paved the way for Saudi Crown Prince Mohammed bin Salman's return to the international ... END_OF_DOCUMENT_TOKEN_TO_BE_REPLACED

Asked about the Shoah, Palestinians often bring up the Nakba, the displacement of Palestinians associated with the founding of the state of Israel. An Israeli Holocaust researcher ... END_OF_DOCUMENT_TOKEN_TO_BE_REPLACED

Foresight is needed to turn the tide of German policy. Being independent of Russia must not lead to dependence on authoritarian regimes in the Middle East. By Kristin Helberg END_OF_DOCUMENT_TOKEN_TO_BE_REPLACED

For many years, world-famous conductor Zubin Mehta has worked tirelessly to strengthen relations between Arabs and Jews, sponsoring projects such as "Road to Recovery", which is ... END_OF_DOCUMENT_TOKEN_TO_BE_REPLACED
Author:
Miryam Schellbach
Date:
Mail:
Send via mail

END_OF_DOCUMENT_TOKEN_TO_BE_REPLACED
Social media
and networks
Subscribe to our
newsletter