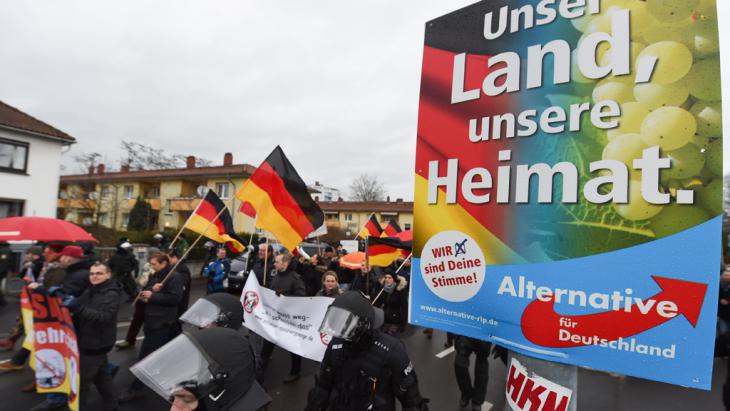 AfD and its historical antecedents

Whose struggle is it anyway?

The call by the AfD for a ban on Muslims being able to practise their faith freely and publicly is an attack on the German constitutional right to freedom of religious expression. If people start calling for minarets to be erased from public life, then it is not unreasonable to expect that one day, those minarets will burn, says Stefan Buchen

We are not going back in time to the year 1879. History is not repeating itself. That's the good news.

But it is paramount that Germans are called upon to remember – particularly during these turbulent times. The "Alternative für Deutschland" is bent on promoting anti-Islam politics as a core element of its party programme. The burgeoning party is defining an entire section of society as a "foreign body" that poses a threat to Germany. On the wings of the hatred that it is thus breeding, the AfD aims to elevate itself to new and lofty political heights.

More than 120 years ago, the social democrat August Bebel commented that such a movement "by its very nature relies solely on the basest impulses and instincts of a backward society." Bebel was referring to anti-Semitism. This, he went on, reflected the "moral bankruptcy of the social classes that adhere to it."

Bebel was responding to a new political credo in Germany. From 1879 onwards, parties and associations began popping up out of the ground that put "anti-Semitism" – a neologism of the era – on their political agendas. "Die Antisemitische Volkspartei" (Anti-Semitic People's Party) warned against "migration that posed a danger to the public" of Jews "from the East". At the time, the "East" was Russia. The "Deutschsoziale Antisemitische Partei" (German-Socialist Anti-Semitic Party) convinced farmers, labourers and the petit bourgeois that they would fare better if the rights of Jews were curtailed. 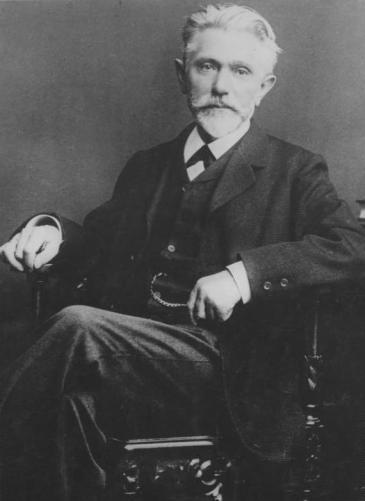 Antisemitism reflected the "moral bankruptcy of the social classes that adhere to it," said social democrat August Bebel more than 120 years ago. Such a movement could only "by its very nature rely solely on the basest impulses and instincts of a backward society"

The publicist and agitator Wilhelm Marr aired gloomy predictions concerning the "infiltration of Germany by the Jews" and his comments were swiftly welcomed. His pamphlet "The Way to Victory of Germanism Over Judaism", published by Marr in 1879, was widely distributed and enthusiastically received. Within just a few years, this seminal German text expressing modern racial hatred of the Jews had run to 12 editions. It was Marr's view that Germany must be saved from "total Judaification".  Thought should be spared for the "descendants of the indigenous people" who deserved a "tolerable life", he said. For this reason, it was essential to "counter organised Judaism with organised Germanism".

"We will never in the future open our arms to demonstrate brotherly love towards Botocudos and Hottentots, southern Negros and Jews," declared an anti-Semitic association from Hamburg. The catchwords have changed, but the conceptual substance hasn't. Back then, the talk was not of the "end of a naive culture of welcome", but of the eradication of "international thought".

When Marr agitated and the respected historian Heinrich von Treitschke determined: "The Jews are our misfortune," they assumed a progressive air. The anti-Semites, as they proudly called themselves, aimed to "enlighten" the Germans about a looming threat. They claimed, in contrast to the "deceased parties" of conservatives, liberals and socialists, to have "recognised" this danger.

The anti-Semites commissioned studies that examined questionable sections of the Talmud in a bid to prove that the Jewish body of thought was not compatible with German culture. "Handbooks of Judaism" were compiled in which the anti-Semites traced "the danger" that the Jews represented back to historical sources. From the "millenia-old history" of Judaism they deduced that "its rise among the people was impossible". For "rise", read "integration" today.

The anti-Semitic parties demanded that the Jews give up their religious rites. Otherwise, they would again have to be deprived of the civil equalities granted to them in the wake of the French Revolution.

From 10 to 12 September 1882, the German anti-Semites invited European guests to the "First International Anti-Jewish Congress" in Dresden. Delegations attended from Hungary, Austria and Russia. The final declaration read: "To undermine the excessive power of Judaism is the irrefutable duty of the Christian world."

The Muslim as an object of hatred 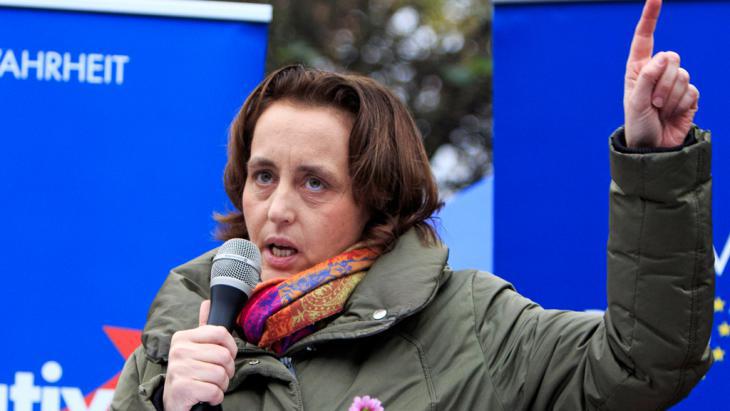 Using an object of hatred in an attempt to gain political stature: the deputy leader of the AfD, Beatrix von Storch, was recently quoted by the Sunday edition of the Frankfurter Allgemeine Zeitung as saying "Islam is a political ideology that is incompatible with the German constitution"

The path taken by Beatrix von Storch, Alexander Gauland and Marc Jongen has already been trodden in Germany. Voters should bear this in mind when Storch babbles on about the "incompatibility of Islam with the constitution " and Gauland, in a philosophical statement cleverly aimed at generating headlines, says "intellectually speaking, Islam is always linked to the takeover of the state". This is an attempt to gain political stature on the back of an object of hatred.

The AfD's historical antecedents enjoyed moderate party political success in the late 19th century. They took up seats in the Berlin Reichstag and state parliaments, but remained in opposition. In Austria, the head of the "Christian Socialist Party", as the anti-Semites called themselves there, succeeded in ascending to the post of the Mayor of Vienna. Karl Lueger governed the capital of the Habsburg Empire from 1897 to 1910. Once in power, Lueger refrained from introducing concrete measures against Jews. But he is remembered for having demonstrated just how far one can make it in politics with a "one-issue party" that positions itself against others.

This was to strike a deep chord with one of Lueger's Viennese citizens. Adolf Hitler, a struggling artist, lived there towards the end of Lueger's time in office in a homeless shelter. In "Mein Kampf" (My Struggle) Hitler would later recognise that Lueger had made clever use of the receptivity of the people to anti-Semitic ideas. The German anti-Semites of the late 19th century, from Wilhelm Marr via von Treitschke right through to the court chaplain Adolf Stoecker, posthumously ascended under the National Socialists to the rank of the Führer’s great trailblazers.

We don't know what the situation will be in 20 years' time. Perhaps the spectre will have receded again. But in Germany, the privilege of innocent experimentation is no longer there for the taking. If a political agitator calls for "minarets" to be erased from public life, then it is not unreasonable to expect that one day, those minarets will burn.

Stefan Buchen is a television journalist with the ARD magazine “Panorama”

Business in the Moroccan city of Tangiers is booming due to its location at the nexus of global trade routes. But many locals are failing to reap the benefits. What they crave ... END_OF_DOCUMENT_TOKEN_TO_BE_REPLACED

Morocco and the European Union are at cross purposes when it comes to the Western Sahara. And, as Germany does not support Moroccan claims to the territory, a major conflict has ... END_OF_DOCUMENT_TOKEN_TO_BE_REPLACED

Jewish voices are much more diverse than the public often sees. Jewish men and women who oppose the injustice of Israeli occupation in the West Bank deserve our respect and ... END_OF_DOCUMENT_TOKEN_TO_BE_REPLACED

They’ve already got the Louvre; they’ll soon have a Guggenheim Museum as well – and now the Emirates have added literature to their quest for cultural supremacy in the Arab world ... END_OF_DOCUMENT_TOKEN_TO_BE_REPLACED

The Germans have a fragmented perception of the conflict between Israel and the Palestinians, and their discourse is dominated by certain catchphrases. All the while, there is a ... END_OF_DOCUMENT_TOKEN_TO_BE_REPLACED

An unusual organisation brings Jews and Muslims together to fight hate and promote dialogue. In the small central German city of Marburg they have been jointly calling for an end ... END_OF_DOCUMENT_TOKEN_TO_BE_REPLACED
Author:
Stefan Buchen
Date:
Mail:
Send via mail

END_OF_DOCUMENT_TOKEN_TO_BE_REPLACED
Social media
and networks
Subscribe to our
newsletter