The Afghan government has accepted a proposal to put mothers' names on their children's birth certificates, in a rare win for women's rights activists in the deeply conservative country.

Campaigners have for years pushed for women to be named on official documents including children's birth certificates, which like Afghan identity documents carry only the name of a person's father, under the hashtag #Whereismyname.

But they have faced opposition in the conservative and patriarchal Muslim country, where some see even using a woman's name as offensive.

A woman's name often does not appear on the invitation to her wedding – only those of her father and husband-to-be – or even on her grave.

This week the cabinet's legal affairs committee, headed by Vice President Mohammad Sarwar Danish, agreed to a proposal to change the law and allow the names of both parents.

Many people associate Afghan women with the burqa, the garment that covers a woman's entire face, head and body and is worn in a number of Islamic countries. This is not surprising considering that under Taliban rule – a period that received extensive coverage in Western media – women were required to wear a burqa outside the home. But it wasn't always like this. The German press agency (dpa) recently released a series of historical photos showing Afghan women in Western-style clothes and without veils or headscarves. Qantara.de presents a selection of these photos 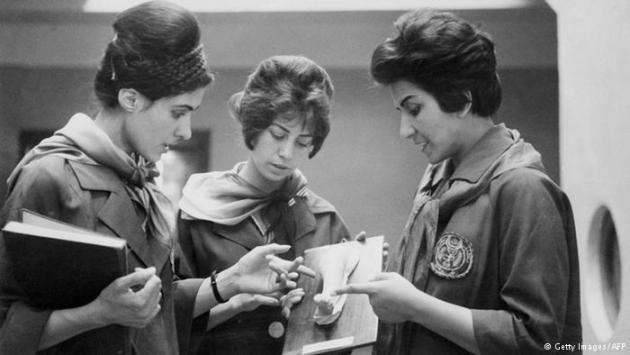 This picture, taken in 1962, shows two female medicine students at the University of Kabul listening to their professor as they examine a plaster model of a human body part. At that time, women played an active role in Afghan society. They also had access to education and were able to take up work outside home. 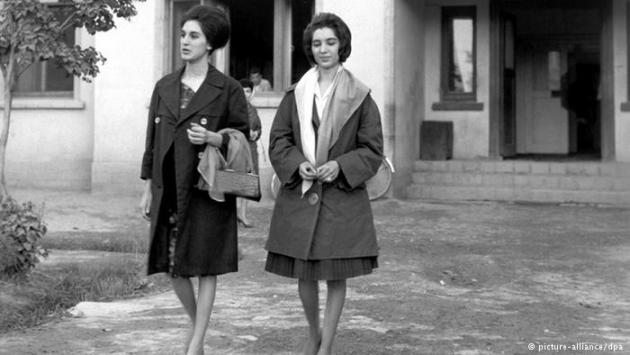 Style on the streets of Kabul: in this photo dating from 1962, two young women dressed in Western-style outfits are seen outside the studios of Radio Kabul. After the fundamentalist Taliban assumed power in the mid-1990s, women were required to wear a burqa in public. 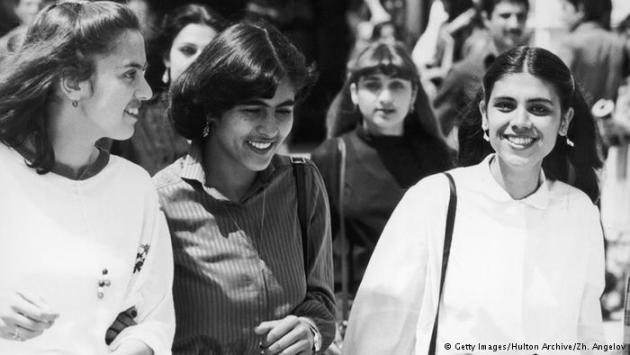 In the mid-1970s, female students were a common sight at Afghan institutes of education such as Kabul's Polytechnic University (pictured here are female students at this institute from this era). Some 20 years later, women's access to education in the conflict-ridden country was completely shut down. Things only changed again after the toppling of the Taliban regime in 2001. The right to education for both men and women was enshrined in the 2003 Afghan Constitution. 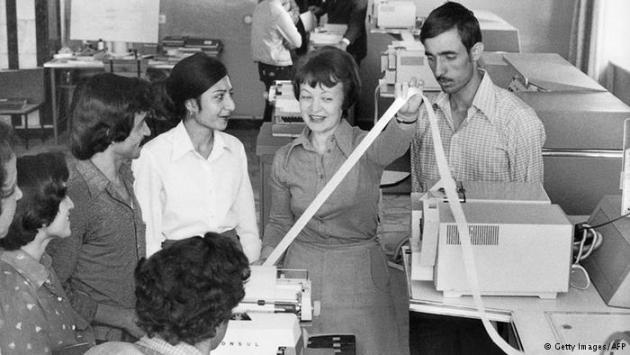 Computer science in its infancy: in this picture, a Soviet instructor is seen teaching computing technology to Afghan students at Kabul's Polytechnic Institute. During the 10-year Soviet occupation of Afghanistan from 1979 to 1989, a number of Soviet lecturers taught at Afghan universities. 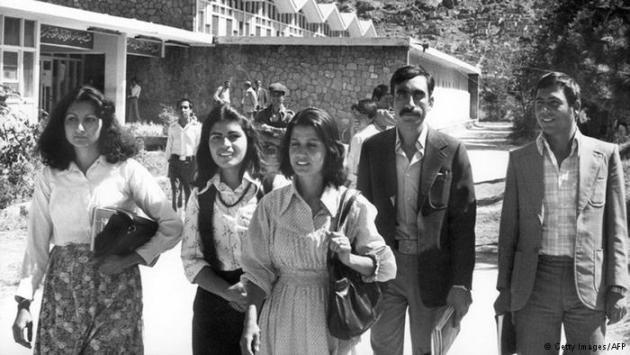 This 1981 picture shows female and male Afghan students in Kabul. Two years previously, the Soviet invasion of land-locked Afghanistan led to a 10-year war. When the Soviets withdrew from the country in 1989, a civil war ensued, culminating in the Taliban's accession to power in 1996. 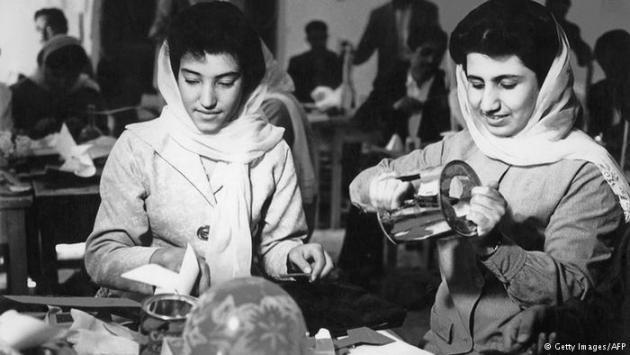 Education for all: this picture shows Afghan girls at a secondary school in Kabul at the time of the Soviet occupation. When the Taliban took over in 1996, women and girls were barred from attending school and denied access to education. They were also banned from taking up employment outside the home. 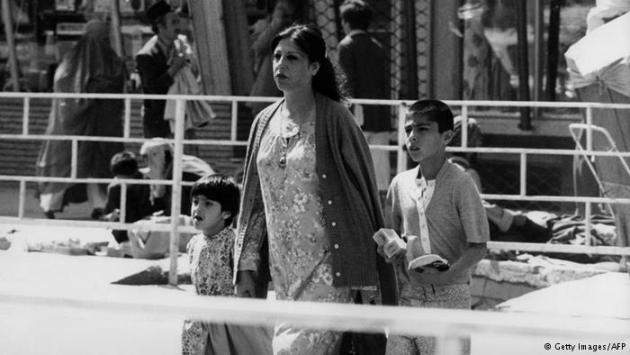 The struggle continues: in this photo, which was taken in 1981, a woman, unveiled and without a headscarf, is seen on a Kabul street with her children. Scenes such as this remain rare to this day. Even almost 15 years after the collapse of the Taliban regime, women continue to struggle for equality in the male-dominated Afghan society. For instance, there is only one woman taxi driver in the entire country.

"The decision to include the mother's name in the ID card is a big step towards gender equality and the realisation of women's rights," Danish's office said in a statement.

The legal amendment still needs approval from the country's male-dominated parliament and must then be signed off by the president. It was drafted by Naheed Farid, an independent lawmaker who chairs the parliamentary commission on women's affairs, and other MPs to be presented to the house after its summer break ends on 21 September.

The move came as the Afghan government prepared for talks with the Taliban following a U.S. peace deal with the militants signed in February.

Many Afghan women worry that deal does not safeguard their rights, and fear that a U.S. troop withdrawal and the re-emergence of the Taliban in Afghan politics could destroy their hard-won gains, from education to freedom of movement.

The Taliban enforced a strict interpretation of Islamic law that included public lashings, flogging and stonings. Under their rule from 1996 to 2001, Afghan women were obliged to cover their faces and could not study, work or leave the house without a male relative.

The group has said it would allow women to be educated and employed, but within the limits of Islamic law and Afghan culture.

On Thursday, Mawlawi Qalam Uddin, the former head of the moral police during the Taliban era, called the proposed change a "Western plan".

"This plan has come from America and Europe. Nobody can force this plan on the people of Afghanistan," he told a press conference in Kabul.

Marian Sama, a women's rights activist and member of the lower house of parliament, told the Thomson Reuters Foundation that while the cabinet approval was "just the beginning", she was hopeful it would soon become a law.

"We realise it is considered a taboo in our traditional society and there will certainly be obstacles in getting the draft law approved, but I believe that a tireless struggle can lead us to this change and beyond", she said.    (Thomson Reuters Foundation)

END_OF_DOCUMENT_TOKEN_TO_BE_REPLACED
Social media
and networks
Subscribe to our
newsletter