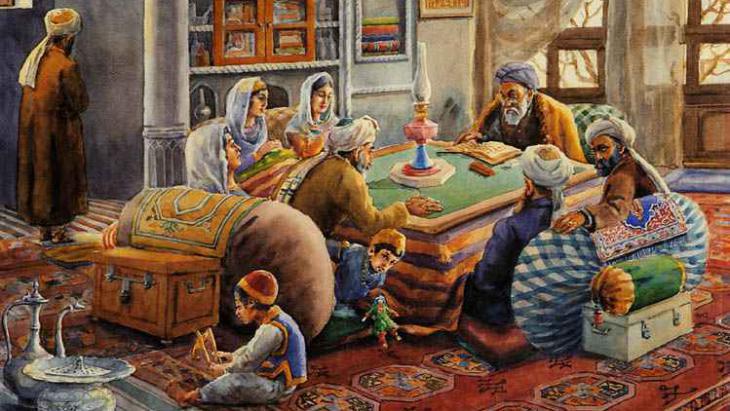 Afghanistan is a multi-ethnic nation with language rich in idioms and proverbs. These are an integral element of the country's culture, although less familiar to young Afghans these days. The German-Afghan Noor Nazrabi has collected many idioms and published a reference book in German and Dari. Kathrin Erdmann met the author

Noor Nazrabi poured his entire savings into his book "Afghanische Redensarten und Volksweisheiten" [Afghan Idioms and Proverbs]. "And all my love," he says with a broad grin, "that's why I don't have a girlfriend." 30-year-old Nazrabi studied marketing and communication, works as an intercultural trainer  and has founded the Afghanistik Verlag publishing house specifically for the book series.

"Many people in Germany are interested in Afghanistan, but all they hear are stories about war and conflicts. There are many other aspects, and I wanted to show one of the most wonderful," he says, talking about his first solo project.

The 200 pages of the reference book are subdivided into a total of eight chapters focusing on different areas of life. There are chapters on god and faith, people and society, as well as the cycle of life. All proverbs are ordered alphabetically, presented in Dari with a Latin transcription, as well as a translation. Because some of the proverbs are not self-explanatory, the author supplies an interpretation of each one.

Thus the reader discovers that in a figurative sense, the idiom "The arrival of the king leads to the downfall of the village" means that not everyone is suited to the role of ruler. Readers will also notice – although perhaps only upon closer examination – some parallels with German idioms and idioms in other languages. For example, an Afghan would say "the world decays as hope is devoured", which means something along the lines of: hope dies last. 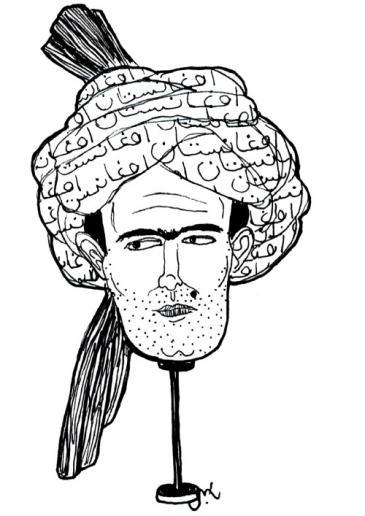 An illustration by Moshtari Hilal in "Afghan Idioms and Proverbs". According to Noor Nazrabi, many older Afghans in particular put their faith in the wisdom of old idioms and proverbs and conduct themselves accordingly

"Idioms are often used as an educational tool in Afghanistan," says Nazrabi, leafing through the book and pointing out the phrase "property is like salt water". "That means when you have money you strive for more and more, but that isn't good. You should avoid greed," he says.

As far as the author is concerned, the fact that proverbs and sayings are still hugely important, primarily among older members of the population, is due first and foremost to the generally poor levels of education in the country. Seventy per cent cannot not read and write, a figure that is even higher among women, he says. "Many people believe in the wisdom of these sayings and conduct themselves according to them. They also provide information about the internal state of a person," explains Nazrabi.

Among the most fascinating chapters are those concerning male and female characteristics. Traits such as strength and courage are ascribed to men, and loquacity to women. Some elicit a smile, such as the phrase "baked woman", which Nazrabi translates as "clever and intelligent", and which might be something along the lines of "mature" or "experienced" in English.

As the preface explains, the author has consciously excluded discriminatory clichés and platitudes. There are, however, several proverbs that are pejorative along gender lines, such as "faithful is the dog, unfaithful are the women", a proverb about disloyal women. The author has marked idioms such as these accordingly.

Nazrabi travelled to Afghanistan to research the project. He visited old libraries, contacted professors in Afghanistan and spoke at length with relatives and acquaintances. He is quite sure that his reference book is unique in its detail. It is the first of a total of four volumes; there are plans to publish two in German-Dari and two in German-Pashtun. 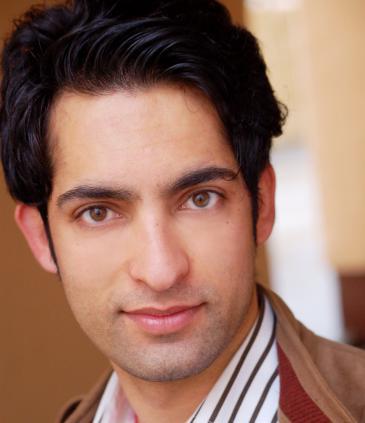 Noor Nazrabi (pictured above): "Many people in Germany are interested in Afghanistan, but all they hear are stories about war and conflicts. There are many other aspects, and I wanted to show one of the most wonderful"

With this project, Noor Nazrabi would like to give a slice of identity back to his people, who have lived so long in a state of war. "Afghanistan is a multi-ethnic nation that is currently in the process of finding itself." He hopes that the proverbs can help enhance an awareness of one's own, shared culture and origins.

The book is also intended for young Afghans living in Germany. "Many no longer have any real connection with the culture and homeland of their parents, because they were themselves born and raised in Germany," says Nazrabi, expressing the hope that his book might perhaps encourage them to revisit the subject of their roots.

The book is made all the more appealing by the illustrations of Moshtari Hillal, which continually invite the reader to discover something new. With her sometimes delicate, sometimes boldly drawn figures, which illustrate certain proverbs in German and Dari, the book has a non-uniform quality, rather like Afghanistan with its many different ethnic groups.

A gesture of thanks to Germany

The observant reader will notice that the odd word is missing here and there or might stumble over phrases that sound clumsy in German. This is initially surprising, considering the amount of meticulous work that has obviously gone into the project. However, one must remember that this is not the product of a large publishing house with professional editing services, rather the outcome of one man's personal labour of love.

The book is, in the truest sense of the word, a dual declaration of love – to Nazrabi's old homeland, Afghanistan, and to his new homeland, Germany. There could hardly be a more wonderful gesture of thanks from an immigrant to Germany. Noor Nazrabi's book is also evidence of a successful case of integration: someone who has found his place in a new country without abandoning his cultural roots.

Elke Muller is fighting for her daughter Anna, who fell in love with a young Afghan and converted to Islam. The mother spoke to Esther Felden about feeling alienated and her fear ... END_OF_DOCUMENT_TOKEN_TO_BE_REPLACED

Despite ongoing peace negotiations between the United States and the Taliban, the bloody conflict in Afghanistan continues to take a heavy toll on the country’s people. Can talks ... END_OF_DOCUMENT_TOKEN_TO_BE_REPLACED

Within eyeshot of the Bosnian-Croatian border, thousands of refugees are camping in squalor on a former garbage site. Their supplies are scarce. ... END_OF_DOCUMENT_TOKEN_TO_BE_REPLACED

Under the tutelage of Pakistan's military, the Taliban brought peace to Afghanistan the last time it ruled the country. But it was the peace of the graveyard, which it could ... END_OF_DOCUMENT_TOKEN_TO_BE_REPLACED

In "What We Left Unfinished", Afghan-Lebanese-American filmmaker Mariam Ghani discusses the forgotten era of Afghan Communism and its ties to arts, culture and propaganda. ... END_OF_DOCUMENT_TOKEN_TO_BE_REPLACED

Threatened with death by the Taliban, director Hassan Fazili fled to Europe with his family, filming their odyssey on his mobile phone. Itʹs not the first time that the refugee ... END_OF_DOCUMENT_TOKEN_TO_BE_REPLACED
Author:
Kathrin Erdmann
Date:
Mail:
Send via mail