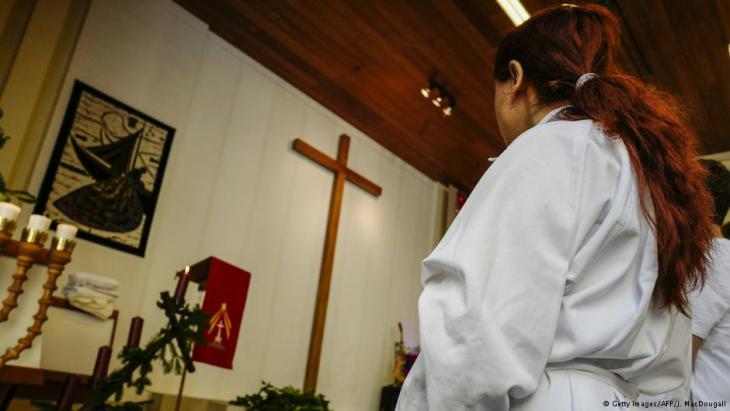 Afghan refugees and the right to remain

Germany is currently witnessing a sharp increase in the number of conversions from Islam to Christianity among its considerable refugee community. Christian sects from Asia are exploiting the fear of deportation among Afghan refugees – with potentially fatal consequences. By Ulrike Hummel

On this overcast Sunday morning, they meet for the "Table of the Lord": devout Christians from Iran, Pakistan, Taiwan, China, the US and Afghanistan have gathered in a private home in Frankfurt to carry out a group baptism after the service.

Eight "sisters" and two "brothers" dressed in white robes climb into the bathtub in the private apartment next door and following the baptism, leave it as Christians. This is followed by a shared lunch, free for everyone.

"They just laid me in the water, fetched me out again and everything was fine. Everyone was happy and so was I, of course," says Amina Husseini. The 19-year-old Afghan woman, who doesn't want to give her real name, converted from Islam to Christianity a few weeks ago.

She says her hair is falling out, she looks underweight, she has large dark brown eyes and an absent expression. The black leggings are much too big and the green roll-neck sweater is far too thin for the time of year. "I'm not the only one here who has become a Christian. My friend and her husband were also put in touch with this church through me," she says.

Flown in from Taiwan: Missionaries on the hard sell

Since Germany began taking in a larger number of refugees, there has been a sharp increase in the number of conversions from Islam to Christianity. Protestant and Catholic churches, as well as free churches each registered more than 1,000 conversions in 2016 – more than in the past 50 years together, says sociologist of religion Thomas Schirrmacher.

Many who felt a connection with Christianity in their countries of origin have had themselves baptised in Germany since this particular migration movement began in 2014. This applies primarily to Iranians, followed by people from Pakistan and Afghanistan, says Schirrmacher.

But currently, sects or sect-like groups are exploiting the refugees' fear of deportation. They go for the hard sell offering fast-track baptisms, travel cost refunds and a free lunch. The initial contact with refugees is usually made in the reception centres, where the missionaries first draw attention to themselves through social engagement. 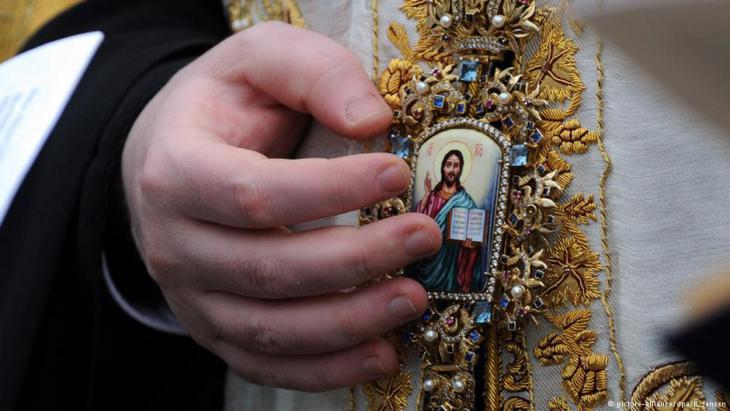 More converting to Christianity in Germany: many who felt a connection with Christianity in their countries of origin have had themselves baptised in Germany since this particular migration movement began in 2014. This applies primarily to Iranians, followed by people from Pakistan and Afghanistan

"They helped us, they gave us pens, paper, shoes, chocolate and suchlike. They were very, very nice and showed me the church in Frankfurt," says Amina Husseini. She is talking about Taiwanese Christians, sent to Germany by their leaders for three months to conduct targeted missionary work among Afghan refugees, says Sophia. She is one of them. After three months, she says, the job is done and the next group is flown in.

The stamp on the baptism certificate of Amina Husseini bears the innocuous name "The Community in Frankfurt am Main". The association apparently has links to the local groups of Watchman Nee and Witness Lee, a Christian movement from China with a global presence. According to the official information and advice portal on sects in the state of North-Rhine Westphalia, this church has fundamentalist traits and is known for its spiritual battle against Islam.

The faith envoys of this movement solicit using unusual methods. The motto: first the baptism, then the commitment to the faith – a rather dubious approach by local standards. "The priest said, 'If you want to become a Christian, then you must first be baptised. Then we pray together every week and teach you what's in the Bible'," says a 22-year-old Afghan woman whom we will call Mariam. Amina Husseini put her in touch with the Taiwanese church in Frankfurt and she was baptised there on 1 January 2017 – followed by her husband, who has also become a Christian.

Anyone wanting to convert to Christianity in Germany and who decides on the Catholic or Protestant church, has to attend a Bible course over several months. The time-intensive preparation phase in the lead up to a baptism also involves serious discussions with members of the clergy. If a priest is not convinced of the seriousness of the faith conversion and if there is any doubt at all, the baptism will not take place.

It has long been known in Afghan refugee communities that the quickest route to a baptism certificate is via the Taiwanese in the financial metropolis. But a conversion to Christianity could have potentially fatal consequences for these refugees: "For many Muslims this is a highly dangerous matter, because Islam punishes those concerned for apostasy and blasphemy," says Thomas Schirrmacher, head of the International Institute for Religious Freedom.

Apostasy, or the renunciation of a religious belief, in this case of Islam, usually results in the family rejecting the "apostates", according to Schirrmacher. "In Afghanistan there's a life-and-death battle between official Islam and all other interpretations of the faith, as well as Christianity," he continues.

The Federal Agency of Migration and Refugees says the conversion of an asylum seeker only results in a guarantee of protection if the affected person is threatened with persecution in his or her country of origin because of the conversion. But for the agency, baptism in Germany is viewed as what's known as a "self-created post-flight reason" that must be given closer examination.

"In the case of people who are not really converting for reasons of conscience, the Federal Agency of Migration and Refugees will establish pretty quickly how deep their faith really is," says Claus-Ulrich Prolß from the Cologne Refugee Council. The agency, or the constitutional courts, posed very specific questions, for example on sections of the Bible or the sequence of prayers. 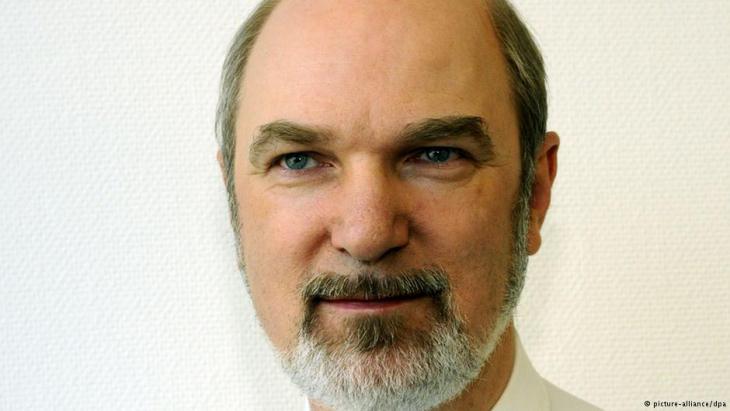 Conversion to Christianity an incalculable risk: "For many Muslims this is a highly dangerous matter, because Islam punishes those concerned for apostasy and blasphemy," says Thomas Schirrmacher, head of the International Institute for Religious Freedom

"If the refugee can't answer these questions, then it's a key indication for the agency that they've only converted for tactical reasons, " Prolß continues. With regard to conversions, the decision-making practice in asylum procedures varies greatly. Some converts receive the legal refugee status, particularly if they are threatened with persecution in their home countries. But others are accused of converting for tactical reasons. Those affected must then expect a negative decision. From a purely legal point of view, the regular aliens' law then takes effect. The question of deportation generally comes up later, says Prolß.

Amina Husseini is aware of the risk that she has taken with the conversion to Christianity. "They will kill me if I return, " she says. But the hope that the baptism certificate from the "Community in Frankfurt am Main" will safeguard her from deportation appears greater.

Home
Print
Newsletter
More on this topic
Underage refugees and family reunification: Who needs parents?New wave of Turkish asylum-seekers: Ever optimisticPoems by young refugees: Holding back the tears
Related Topics
Christianity, Converts | religious conversion, Muslims in the West, Policy on refugees and migration, Refugees
All Topics

Few Muslims have to date visited the Auschwitz-Birkenau concentration camp memorial site. Now high-ranking representatives of Muslims and Jews are travelling together to the place ... END_OF_DOCUMENT_TOKEN_TO_BE_REPLACED

The terror attacks in Paris, Brussels and Berlin were all carried out by men radicalised in jail. In Germany, politics and the judiciary are trying out new approaches to prevent ... END_OF_DOCUMENT_TOKEN_TO_BE_REPLACED

Elke Muller is fighting for her daughter Anna, who fell in love with a young Afghan and converted to Islam. The mother spoke to Esther Felden about feeling alienated and her fear ... END_OF_DOCUMENT_TOKEN_TO_BE_REPLACED

As historian Wiiliam Dalrymple writes in his essay, scholars are only now beginning to realise the extent to which the Mughal emperors adopted what most would assume to be ... END_OF_DOCUMENT_TOKEN_TO_BE_REPLACED