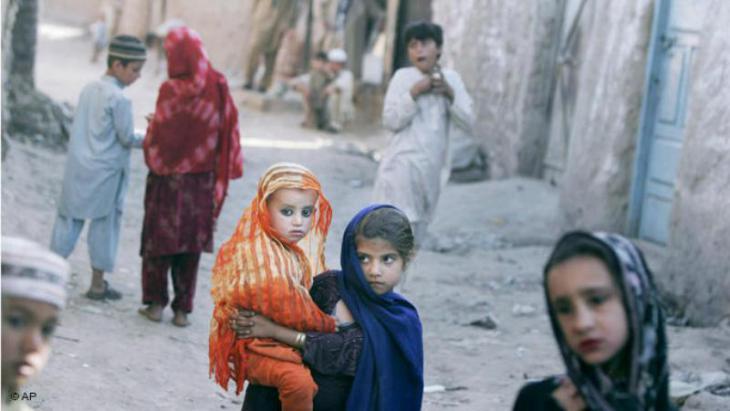 Pakistan has the second-largest refugee population in the world and the number of internally displaced people (IDPs) is growing too. The country is fighting internal militants and facing huge challenges. Islamabad is struggling to live up to its domestic and international obligations. By Waqqas Mir

Before the current Syrian refugee crisis, Pakistan had the highest numbers of refugees worldwide for many years. Now, according to the statistics of the UN Refugee Agency UNHCR, Turkey tops the list and Pakistan is second with 1.5 million registered and an estimated 1 million unregistered refugees.

Most of them are from Afghanistan. The influx of refugees into Pakistan started in 1972. It has varied over time, depending on the level of stability and violence in Afghanistan. The Soviet invasion in 1979 caused the highest number of refugees: at that time, around 3 million Afghans came to Pakistan.

Pakistan's generosity in receiving Afghan refugees is rooted in history and generally acknowledged. The country that accepted millions of Muslim migrants from India in 1947 as citizens was ready to offer refuge to an overwhelmingly Muslim population from a war-torn neighbouring country. The general consensus is that, with only few exceptions, constitutional rights apply to non-nationals within the country as well as to citizens.

Such generosity has a serious downside. Islamist extremism has fostered militancy in refugee camps, with many young fighters returning to Afghanistan, while others have joined and boosting extremist groups in Pakistan. In this regard, the idea of Pakistan being a nation of South Asian Muslims has had painful consequences.

Afghan refugees enjoy freedom of movement in Pakistan and the huge informal economy offers them job opportunities. Today, more than 70 % of the refugees live in rural and urban host communities rather than in camps. Many have gravitated to Karachi, the commercial capital. This city has a big Pashtun population and Pashtu is spoken on both sides of the shared border. Afghans have now bolstered this Pashtun population of Karachi – with the inevitable impact on polarised politics in the metropolis. Ethnic tensions haunt our multi-ethnic country and they are especially evident in Karachi. Sadly, recurring violence between various ethnic groups is a feature of life in the city. 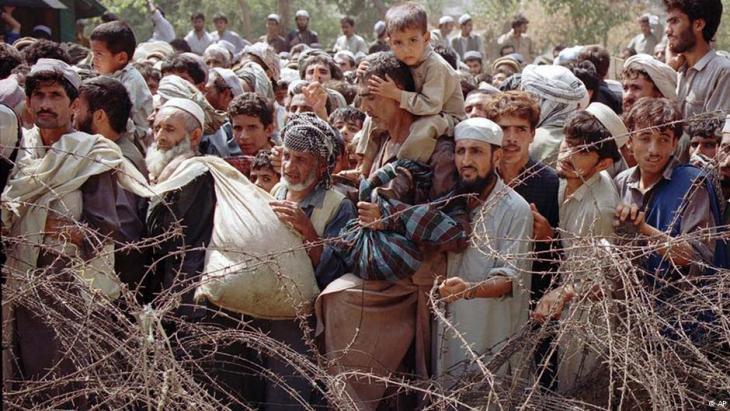 Under pressure: the impact of the large refugee population on Pakistan’s economy is significant. Pakistan is quite poor; the per-capita GDP is the equivalent of only about $ 1,200. Nonetheless, masses of refugees move around the country and are free to compete for limited resources such as land, water, energy and jobs, reports Waqqas Mir

The impact of the large refugee population on Pakistan’s economy is significant. Pakistan is quite poor; the per-capita GDP is the equivalent of only about $ 1,200. Nonetheless, masses of refugees move around the country and are free to compete for limited resources such as land, water, energy and jobs. In 2010, the UNHCR reported that refugees contributed ″to accelerated wear and tear of roads and canals and a significant increase in the consumption of fuel and fodder resources.″ At the time, according to the UNHCR, no other country was bearing such a heavy refugee burden as Pakistan.

There have been repeated calls for expelling Afghan refugees. The official policy, however, is that Afghan refugees' return will only happen voluntarily as long as they have themselves been registered correctly.

To ensure that all refugees are given what they deserve, Pakistan requires continuous support from the international community – but, at the same time, the international community must put pressure on the country to act appropriately. Amidst Pakistan's war against militants, the protection of refugee rights is not necessarily a top domestic priority.

Problems are compounded by the great number of internally displaced persons (IDPs). Their numbers have grown fast in the past decade. Floods played a major role, as have security operations in the northwest. According to the Internal Displacement Monitoring Centre (IDMC), floods displaced close to 14 million people in Pakistan between 2008 and 2013.

Currently there are more than 1.5 million registered IDPs in Pakistan. The actual number, however, is thought to be much higher: an estimated 500,000 IDPs are unregistered. 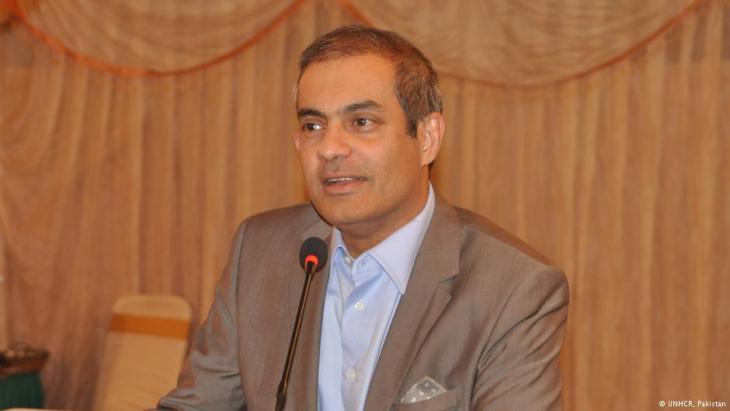 "If our key programmes in the areas of education and youth empowerment for Afghan refugees do not get adequate resources, young people without options and possibilities – either here or in their home countries – will look for greener pastures. It is essential that they are given the necessary skills so that they can go back to Afghanistan," comments Indrika Ratwatte, UNHCR representative in Pakistan

Only around 40,000 IDPs live in camps established by the government. The overwhelming majority lives with host communities in the frontier province Khyber Pakhtunkhwa and the Federally Administered Tribal Areas (FATA), a semi-autonomous region in the northwest. They place immense strain on the resources of poor communities there.

On the one hand, IDP issues have spurred the Pakistani state, civil society and media to engage in the rhetoric of helping fellow nationals. On the other hand, Pakistan is an ethnically diverse country, and xenophobia about IDPs swallowing up jobs and resources has reared its ugly head. The Human Rights Commission of Pakistan considers ethnicity-based violence a serious concern. Indeed, IDP rights are often neglected.

Civil-society groups from Pakistan and abroad regularly criticise the central and provincial governments for failing to stay informed about the evolving needs of IDPs' and safeguarding their rights. It is true that Pakistan does not have the financial means to take care of all IDPs on its own, so the international community and Pakistani civil society have an obligation to help. At the same time, they must put enough pressure on the Pakistani state to ensure that it lives up to its domestic and international obligations.

Waqqas Mir is a High Court barrister based in Lahore.

Rumi's poems, though generally stripped of their Islamic symbolism, are hugely popular around the world. Yet Islamic mysticism is still very much at the heart of these verses. ... END_OF_DOCUMENT_TOKEN_TO_BE_REPLACED

Very different Western reactions to the suffering in Ukraine and the Arab world show that there is a profound rift among cultures. Essay by Michael Young END_OF_DOCUMENT_TOKEN_TO_BE_REPLACED

The documentary "Nadia" tells the incredible story of Nadia Nadim, who was forced to flee from the Taliban as a child and became a football star. By Annabelle Steffes-Halmer END_OF_DOCUMENT_TOKEN_TO_BE_REPLACED

Three award-winning female directors appeal to the international film industry to save Afghan cinema. Supporting women filmmakers is more important than ever. By Christine Lehnen END_OF_DOCUMENT_TOKEN_TO_BE_REPLACED

Russia's ranking on the World Press Freedom Index has fallen again over the Kremlin's wartime censorship of the Ukraine conflict. From Myanmar to Mexico, journalists continue to ... END_OF_DOCUMENT_TOKEN_TO_BE_REPLACED
Author:
Waqqas Mir
Date:
Mail:
Send via mail

END_OF_DOCUMENT_TOKEN_TO_BE_REPLACED
Social media
and networks
Subscribe to our
newsletter