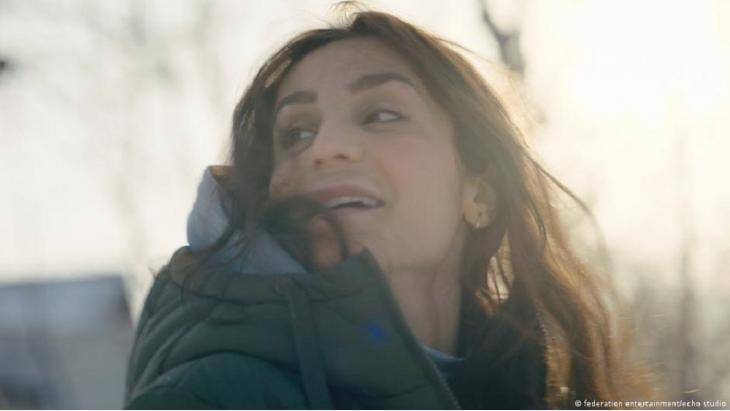 The documentary "Nadia" tells the incredible story of Nadia Nadim, who was forced to flee from the Taliban as a child and became a football star. By Annabelle Steffes-Halmer

Nadia Nadim was 8 years old when her father was murdered by the Taliban – executed with a shot to the back of the head. At least that is what her mother Hamida heard, Nadia Nadim tells us at the beginning of the documentary film "Nadia", for which she let the camera accompany her for one and a half years. Calm and collected, she looks back on her own history in this first scene, noting more than she tells. The camera is close to her, showing her in a sterile room, which the last rays of daylight bathe in a strange bluish light. 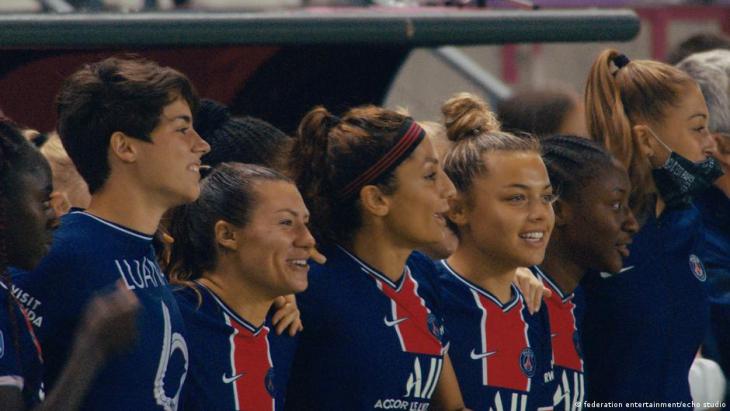 In football heaven: in 2021, Nadia Nadim and her teammates at Paris Saint-Germain win the French Women's Champions League. Nadia has been playing for the noble French club since the beginning of 2019. With PSG, she reached the semi-finals of the 2019/20 UEFA Women's Champions League, where they lost 1-0 to defending champions Olympique Lyon. "My life has been so crazy already. I've been through so much," Nadia tells us at the end of the film. "It feels like seven or eight lifetimes and I'm only 33!"

"I just tried to be as honest as possible with Nadia," says director Anissa Bonnefont. "Nadia combines all these complex issues in one person." When Anissa Bonnefont mets her young protagonist for the first time in 2019, the women hit it off right away. This closeness is felt throughout the documentary. Nadia Nadim lets Anissa Bonnefont and, with her, the viewers get remarkably close to herself and her story. Nadia retains her dignity at all times, the camera's gaze is never voyeuristic.

We get to know her family and, above all, Nadia's courageous mother Hamida during the 85-minute documentary. Following the death of her husband, Hamida was left on her own with five daughters. As a single woman, she had no prospects during the first Taliban rule from 1996 to 2001. Afghanistan experienced a reign of terror during this time. Women had to wear the all-enveloping, were not allowed to leave the house without their husbands, nor pursue a job or inheritance. Miraculously, the family managed to escape in 2000. First to Pakistan and from there to Europe.

Via detours, the six women and girls finally reached Denmark. There Nadia discovered football for herself. A stroke of luck – Nadia loved the sport and her talent did not remain undiscovered for long. As a young woman, she played for the Danish national team and Manchester City, among others. While filming, she is under contract to Paris Saint-Germain and becomes French champion with her team in 2021. In addition to her football career, she finds time to complete a medical degree. 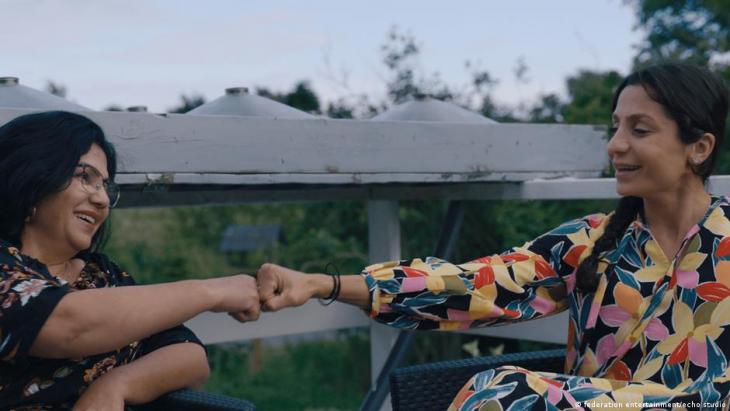 Nadia (right) with her mother Hamida form a strong team: After the death of her father, Hamida was left on her own with her five daughters. As a single woman, she basically had no chance during the first Taliban rule from 1996 to 2001. Afghanistan experienced a reign of terror during this time. Women had to wear the all-covering burka, were not allowed to leave the house without their husbands, nor to pursue a job or inheritance. Miraculously, the family managed to escape in 2000. First to Pakistan and from there to Europe

Will they ever return to Afghanistan?

And yet Nadia also has "this side of a sad clown", says director Bonnefont. "She has a real scar, a real tear." She has never come to terms with her father's death. Her greatest wish is to return to Afghanistan to retrieve his war medals, which the former Afghan general guarded like a treasure. To hide them from the Taliban, Nadia's mother asked her relatives who remained in Afghanistan to bury them.

This story adds another dimension to the film: just when the Taliban are gaining power again with the withdrawal of troops by the USA and other NATO countries, Nadia plans to travel to the country of her birth. Whether she succeeds is not revealed at this point.

"We started working on this project in September 2019, and by the time the film was shown in France in October 2021, the situation in Afghanistan had undergone a dramatic deterioration," film producer Myriam Weil looks back. "What we had perceived as archive footage when we started editing – namely women being whipped – had gone from being archive footage to actual footage."

Nadia's conversations with, among others, a surgeon stationed in Afghanistan, Najeehbullah Bina, and David Martinon, the French ambassador in Kabul, address the dramatic situation in the country. The film manages, however, to avoid becoming political or sliding into moralistic platitudes. Nevertheless, both the protagonist and the makers strive for more with their film.

A film with a message

The production companies "federation entertainment" and "eco studio", among others, organised special screenings for the film to raise funds for refugees. One of these campaigns raised approximately 20,000 euros for the "Singa" association, which brings refugees together with people who want to host them in their own homes.

"We want to change the view of refugees," says Myriam Weil. This is especially important at the present time, when more people are being forced to flee because of war, crises and global warming.

Nadia Nadim was already very socially engaged before the documentary film: among other things, she is a special representative for UNESCO and is involved with both "Doctors Without Borders" and the NGO "From Street to School", which promotes girls' education. Last year, she moved from PSG to Racing Louisville, USA. She wants to pursue her professional career there for two more years. After that, she hopes to set up as a doctor, specialising in reconstructive surgery.

"My life has been so crazy already. I've already experienced so much," Nadia tells us at the end of the film. "It feels like seven or eight lifetimes and I'm only 33!" She says she hopes her life will remain as intense, just maybe with a little break here and there.

Finally, we meet Nadia again in the sterile room we saw at the beginning. The sun has now set completely, you only see dimly. What remains etched on the memory long afterwards is her infectious laughter.

Very different Western reactions to the suffering in Ukraine and the Arab world show that there is a profound rift among cultures. Essay by Michael Young END_OF_DOCUMENT_TOKEN_TO_BE_REPLACED

Three award-winning female directors appeal to the international film industry to save Afghan cinema. Supporting women filmmakers is more important than ever. By Christine Lehnen END_OF_DOCUMENT_TOKEN_TO_BE_REPLACED

Russia's ranking on the World Press Freedom Index has fallen again over the Kremlin's wartime censorship of the Ukraine conflict. From Myanmar to Mexico, journalists continue to ... END_OF_DOCUMENT_TOKEN_TO_BE_REPLACED

Ideally, those Europeans currently welcoming Ukrainian refugees would show the same sympathy to Syrians, Afghans and others fleeing war beyond the continent. But, argues Ian ... END_OF_DOCUMENT_TOKEN_TO_BE_REPLACED

With spring, migration on the Balkan route is on the rise again – and with it the misery, violence and illegal pushbacks at Croatia's external EU border. ... END_OF_DOCUMENT_TOKEN_TO_BE_REPLACED
Author:
Annabelle Steffes-Halmer
Date:
Mail:
Send via mail

END_OF_DOCUMENT_TOKEN_TO_BE_REPLACED
Social media
and networks
Subscribe to our
newsletter