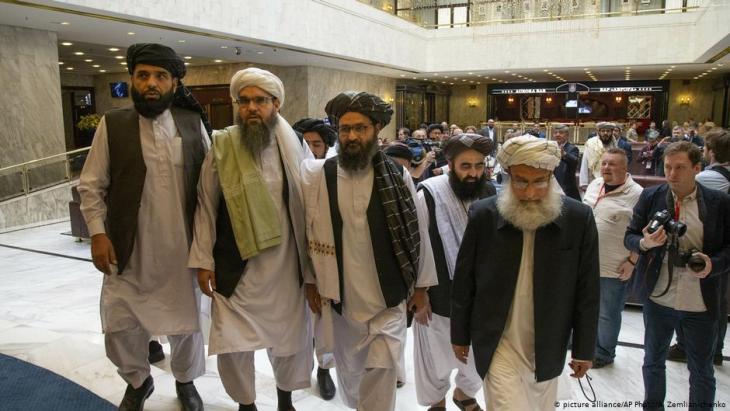 Afghanistanʹs political future
Is peace with the Taliban possible?

Despite ongoing peace negotiations between the United States and the Taliban, the bloody conflict in Afghanistan continues to take a heavy toll on the country’s people. Can talks with the Taliban really bring about peace? By Amin Saikal

The recent suicide bombing by the Khorasan branch of the Islamic State (IS-K) at a wedding in Kabul, which killed more than 60 and injured close to 200, is a stark reminder of Afghanistan’s poor security situation. It also shows that the Taliban are not the only armed opposition fuelling the conflict. A U.S.-Taliban peace pact is therefore unlikely to bring any respite.

The U.S.-Taliban negotiations in Doha – in which the Afghan government is not a participant – are comparable to two previous peace processes: the Paris talks that resulted in the January 1973 peace treaty between the U.S. and North Vietnam; and the negotiations that led to the 1988 Geneva Accords, signed by the Afghan and Pakistani governments with the Soviet Union and the U.S. acting as guarantors.

These two agreements were designed to enable the U.S. and the Soviet Union to exit with "honour" from wars they could not win, by bringing about, respectively, the "Vietnamisation" and "Afghanisation" of those conflicts. Both agreements failed to achieve their objectives.

By 1975, Soviet-backed North Vietnamese forces had overrun South Vietnam, humiliating the United States. And in 1992, the U.S.-supported Afghan Islamic resistance forces, the mujahideen, brought about the collapse of the Soviet-installed communist regime in Kabul. 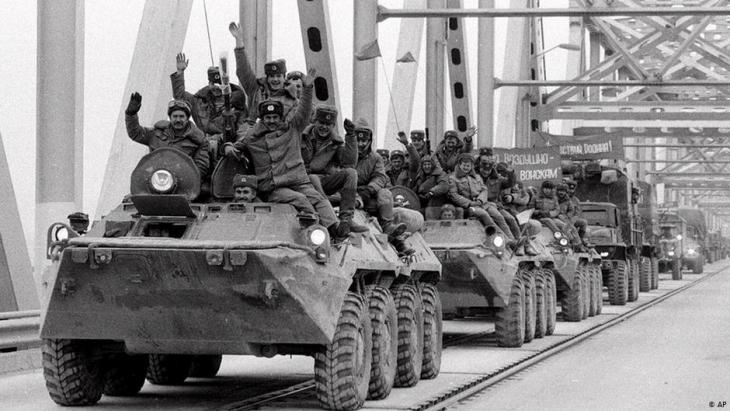 Soviet fiasco on the Hindu Kush: in 1992, the U.S.-backed Islamic resistance forces in Afghanistan, the mujahideen, caused the collapse of the Soviet Union-installed communist regime in Kabul

Whereas the North Vietnamese soon succeeded in uniting their country and restoring peace, however, Afghanistan has fared much worse. The socially and politically divided mujahideen soon turned their guns on one another. And Pakistan took the opportunity to advance its regional interests by nurturing the extremist Taliban, who in 1996-98 conquered most of Afghanistan and subjected it to strict theocratic rule.

The Taliban in turn harboured al-Qaida, which carried out the September 11, 2001 terrorist attacks on the United States. That prompted America, backed by its NATO and non-NATO allies, to intervene in Afghanistan the following month with the aim of destroying al-Qaida and dislodging the Taliban regime.

The comeback of al-Qaida and co.

The U.S.-led forces quickly dispersed al-Qaida’s leadership and ended Taliban rule, but failed to defeat either group decisively. The Taliban and elements of al-Qaida staged a comeback within two years of the U.S. intervention and have tied down American and allied forces in a low-grade, but staggeringly costly insurgency ever since.

Home
Print
Newsletter
More on this topic
After the peace conference in Doha: A test match with the TalibanNegotiating peace with the Taliban: Any deal will doPeace talks with the Taliban: Where are Afghanistan's women?
Related Topics
9/11, Al-Qaida, Donald Trump, Hamid Karsai, International terrorism, Islam and the West, Islamism | Political Islam, Taliban, U.S. policy in the Middle East
All Topics

After coming to power, the Islamist group imposed a ban on girls' education, prompting some Afghans to set up an underground school. Hussain Sirat and Ahmad Hakimi spoke to some ... END_OF_DOCUMENT_TOKEN_TO_BE_REPLACED

As the Western world emerges from a holiday season made less festive by COVID-19, millions of children in Afghanistan are starting 2022 facing the prospect of famine, illness, and ... END_OF_DOCUMENT_TOKEN_TO_BE_REPLACED

Each year, thousands of people travel to the Turkish city of Konya to attend a week-long series of events and ceremonies that mark the death of the 13th-century Islamic poet, ... END_OF_DOCUMENT_TOKEN_TO_BE_REPLACED

Their exhausting escape from the Taliban took them from Kabul to Qatar, though European cities and U.S. military bases. But now this Afghan family has finally arrived in a small ... END_OF_DOCUMENT_TOKEN_TO_BE_REPLACED

The Pakistani Taliban, known by the acronym TTP, are regrouping and reorganising, with their leadership headquartered in neighbouring Afghanistan, according to a U.N. report from ... END_OF_DOCUMENT_TOKEN_TO_BE_REPLACED

END_OF_DOCUMENT_TOKEN_TO_BE_REPLACED
Social media
and networks
Subscribe to our
newsletter