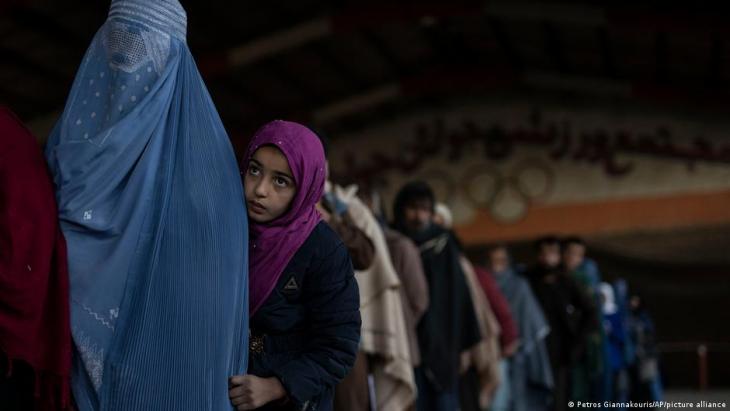 For over a century, Afghanistan's rulers and ethnic groups have been arguing about what women should do and how they should be. Women haven't had much say. By Manasi Gopalakrishnan

"I was working for the Defence Ministry. I know those women are at high risk. They were in a really, really bad situation, struggling to find a hiding place and maybe counting moments to their death," says Zarifa Ghafari, who previously served as the mayor of Maidan Shahr, capital of Wardak province, before joining Afghanistan's Defence Ministry in Kabul.

Ghafari barely managed to flee Afghanistan with her family in September last year, just days after the Taliban took over. She says her female colleagues at the ministry have completely stopped working now.

Recently, she heard her friends talking about three children abandoned on the streets by their mother, who was no longer able to look after them.

"Why would anyone do that," Ghafari asks rhetorically, explaining that many women simply have no choice: as single mothers and the sole bread-earners of the family, they have been particularly affected by the Taliban's ban on work for women.

The regime has also banned women from showing their faces on all kinds of media, including advertisements and television; schools have been closed down for girls, and women are not permitted to move outside their homes without a male consort.

From the early 1900s onwards, women's rights became an important concern for Afghan rulers, writes Huma Ahmed-Ghosh, professor at the Department of Women's Studies, University of San Diego, in her 2003 study, "A History of Women in Afghanistan: Lessons learnt for the Future". 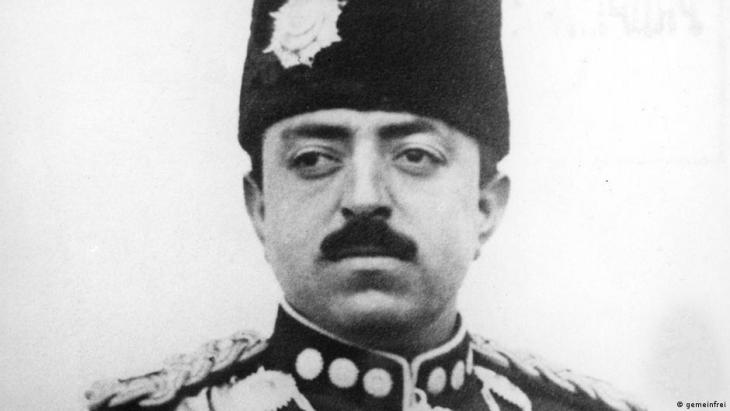 A losing battle against Afghanistan's tribal heritage: King Amanullah Khan took inspiration from the modernisation in Turkey under Kemal Ataturk and implemented changes like advocating monogamy, education and replacing the full-body burka for women and so on. His wife, Queen Soraya, appeared without the traditional shroud. The royal couple also travelled to Europe and returned to their country to implement new laws they thought would benefit women. Under strong opposition from tribal leaders, however, the King was forced to scale back many of his laws, including those regarding increasing the age of women's marriage to 21 from 18 and abolishing polygamy

Beginning in the 1920s, the country's leaders consistently sought to empower women in an attempt to create a sense of nationhood, she adds. Women's empowerment received a boost after Amanullah Khan succeeded the throne following his father Habibullah's assassination in 1919. That same year, he overthrew the British in the Third Anglo-Afghan War.

He took inspiration from the modernisation in Turkey under Kemal Ataturk and implemented changes like advocating monogamy, education and replacing the full-body burka for women and so on. His wife, Queen Soraya, also appeared without the traditional shroud, wearing a wide-brimmed hat with a diaphanous veil instead. Amanullah and the Queen also travelled to Europe and returned to their country to implement new laws they thought would benefit women.

Most attempts by Amanullah were however met with strong opposition from tribal leaders and he was forced to scale back many of his laws, including those regarding increasing the age of women's marriage to 21 from 18 and abolishing polygamy. Ultimately, under considerable pressure from tribal leaders, Amanullah had no choice but to abdicate and fled to Europe.

After the fall of the monarchy and increasing developmental assistance by the USSR, women were in demand in the workforce and joined medical and teaching professions. In the 1970s, more measures to protect girls' rights were adopted, including increasing women's age of marriage and making education compulsory. However, this too resulted in a massive backlash from religious tribal groups.

The subsequent rise of the Mujahideen – and later the Taliban – led to more emphasis on enforcing traditional Islamist rules and confining women to their homes. Women from conservative communities also perceived western, modern influences as "corrupt", Ahmed-Ghosh writes in her research.

Afghanistan remains a patriarchal society, especially in rural areas, says Britta Rude, an economist working on inequality in Afghanistan and researcher at the ifo Center for International Institutional Comparisons and Migration Research in Munich.

Afghan conservatives consider it improper for women to work outside the house, adds Rude: "There's a very traditional division of labour. Women are the ones doing all the work in the household, while the men go outside and work there. Women also take care of children and the elderly." 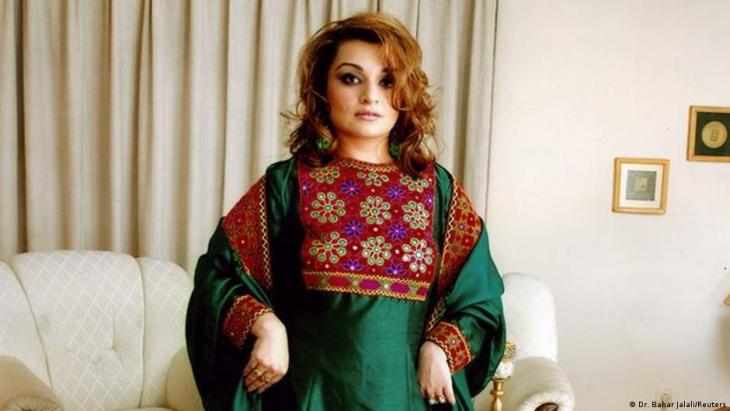 The beauty of Afghan culture: traditional attire for women in Afghanistan is bright and cheerful. Last year, Afghan historian Bahar Jalali led a Twitter campaign targeted at the Taliban and called it #DoNotTouchMyClothes. It is a far cry from the all-enveloping, monotonous burka, which has made a swift return to the country's streets, as Afghan women are once again forced backwards in their struggle for emancipation

This division of roles is still widely accepted, and even preferred, by Afghan men.

Only 15% of Afghan men believe women should be allowed to work after marriage and two-thirds complained that Afghan women had "too many rights", according to a 2019 study conducted by UN Women and Promundo, as summarised by Reuters. (Given the current need to protect the identity of Afghan women, the original study has been temporarily removed from the Internet at the request of UN Women.)

Furthermore, the idea of "honour" also has an impact on Afghan women, the researcher explains, adding that a sense of community and understanding within the community are of paramount importance for families and individuals.

"For example, if a woman does something that is not aligned with the values and norms of this community, it can affect the reputation of the entire family. That's why they pay so much attention to the behaviour of women and try to limit them," Rude explains.

"The norms and values are prescribed by men, and women are supposed to follow these norms and rules. As soon as women deviate from these, it can affect the honour of the family. That's another reason honour killings still take place in Afghanistan," she says.

Ethnic tribes and communities often also have their own formal "rulings'' regarding perceived crimes and misdemeanours. They overrule government laws – like those against honour killings – and implement their own punishments, adds Rude.

No hope in the near future

For former mayor Zarifa Ghafari, tribal, anti-women laws and current developments under the Taliban go totally against her perception of Afghan culture in the early 20th century.

"Afghan culture was beautiful before the last 60-70 years of war," she says, adding that those were good times for women, "their rights, their education and development".

Ghafari talks about her grandmother, who would have been nearly 100 years old today and who'd often tell her stories from her days of youth, when women were able to go to university and wear any clothes they wished to.

"Afghan culture is the culture of Malala Maiwandi, the culture of Rabia Balkhi," Ghafari says. Maiwandi was a journalist who was killed by gunmen in Jalalabad in 2020, Balkhi a 10th-century poet who killed herself after being separated from her slave lover, whom she was not allowed to marry.

"This is my culture," Ghafari insists.

"In Islamic culture, the hijab is more about your level of comfort while wearing it," she explains – as opposed to the Taliban's strict orders. Press agency AFP reported earlier in January that the Taliban's religious police have put up posters around Kabul ordering women to cover up; even though the posters refer to the obligation to wear the hijab, they include a photo of the face-covering burka, interpreted as another sign of creeping restrictions.

At present, there seems little hope that things will improve considering that the Taliban have not followed up on the promises they initially made on women's rights.

For Ghafari, the only way out is to convince the international community of the urgency of the situation and put the Taliban under more diplomatic pressure to act as they have promised.

Very different Western reactions to the suffering in Ukraine and the Arab world show that there is a profound rift among cultures. Essay by Michael Young END_OF_DOCUMENT_TOKEN_TO_BE_REPLACED

The documentary "Nadia" tells the incredible story of Nadia Nadim, who was forced to flee from the Taliban as a child and became a football star. By Annabelle Steffes-Halmer END_OF_DOCUMENT_TOKEN_TO_BE_REPLACED

Three award-winning female directors appeal to the international film industry to save Afghan cinema. Supporting women filmmakers is more important than ever. By Christine Lehnen END_OF_DOCUMENT_TOKEN_TO_BE_REPLACED

Russia's ranking on the World Press Freedom Index has fallen again over the Kremlin's wartime censorship of the Ukraine conflict. From Myanmar to Mexico, journalists continue to ... END_OF_DOCUMENT_TOKEN_TO_BE_REPLACED

Ideally, those Europeans currently welcoming Ukrainian refugees would show the same sympathy to Syrians, Afghans and others fleeing war beyond the continent. But, argues Ian ... END_OF_DOCUMENT_TOKEN_TO_BE_REPLACED

END_OF_DOCUMENT_TOKEN_TO_BE_REPLACED
Social media
and networks
Subscribe to our
newsletter