After the Taliban takeover, people in Afghanistan are still trying to leave the country in droves. But there's resistance, too: Many Afghans have taken to the streets to protest against the militant Islamist group. By Carla Bleiker 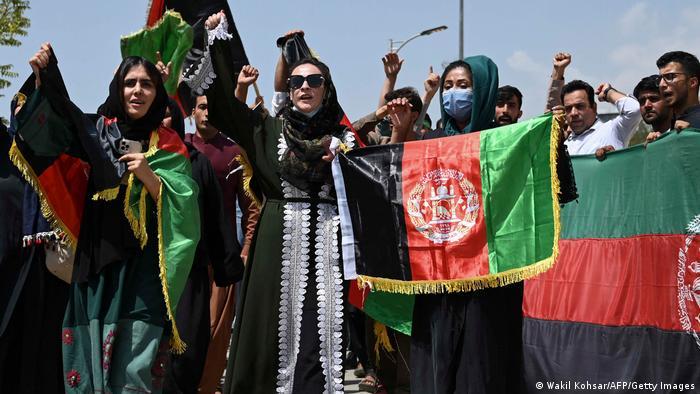 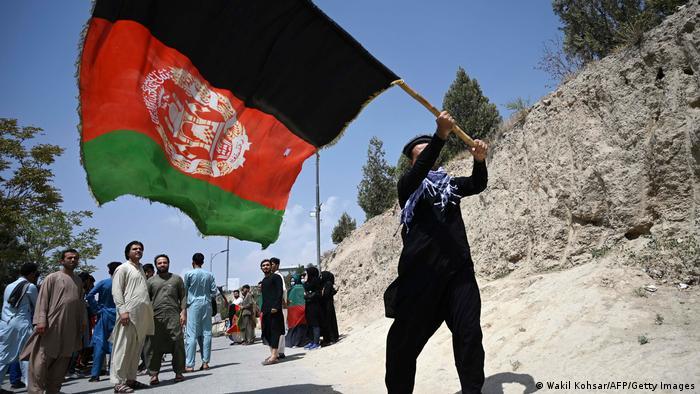 Rallying around the flag: the black, red and green of Afghanistan's national flag was a strong symbol in the Independence Day protest, as it stands in strong contrast to the Taliban's white flag. "Hundreds of people came out on the streets," Mohammad, one of the protesters, said. "At first I was scared and didn't want to go, but when I saw one of my neighbours joined in, I took out the flag I have at home" 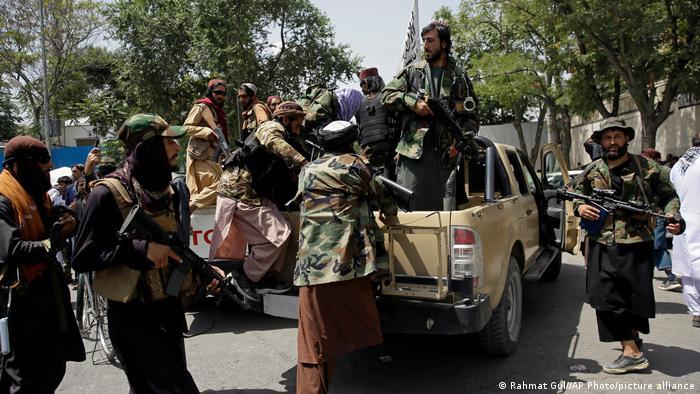 Victory over the foreign occupier: Taliban fighters and supporters also took to the streets to celebrate Independence Day, with the militant Islamist group proudly declaring they beat the United States. They did this not bearing the black, red and green, but their own flag 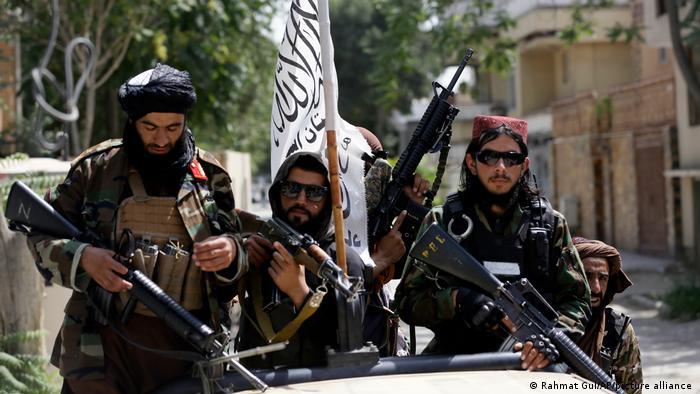 The white and black of the Taliban flag: raising a white flag means anything but surrender in Afghanistan these days. Instead, it's a sign the Taliban are back in power. Their ensign is white and bears the Shahada, the Islamic profession of faith. The militant fighters have been displaying it prominently since taking back Afghanistan, for example during street patrols 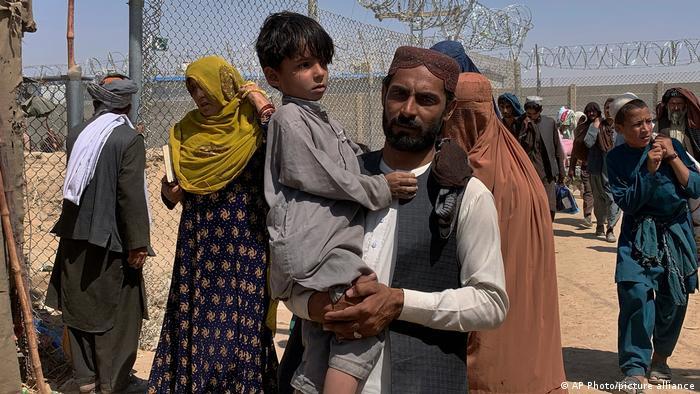 Crossing into neighbouring countries: countless Afghans have been trying to leave the country since the Taliban's return to power. One way out is to cross into Pakistan. The Afghan families pictured here made their way into the neighbouring country on Thursday, at the key border crossing of Spin Boldak/Chaman. The crossing was also open for trade, with trucks carrying agricultural produce crossing in both directions 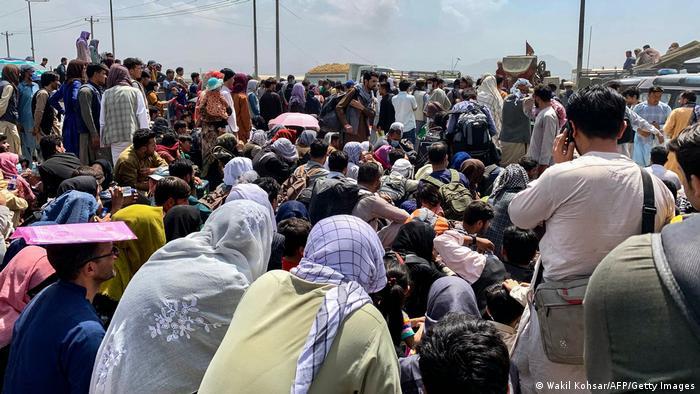 Desperate to escape: scores of people lined a Kabul road Friday (20.08.), waiting to board a U.S. military plane leaving Afghanistan. At the city's Hamid Karzai Airport, the situation is still tense. The Taliban are trying to keep people from reaching the airport, while U.S. troops attempt to keep order. Earlier, several people died when crowds ran onto the tarmac and clung to planes that were taking off 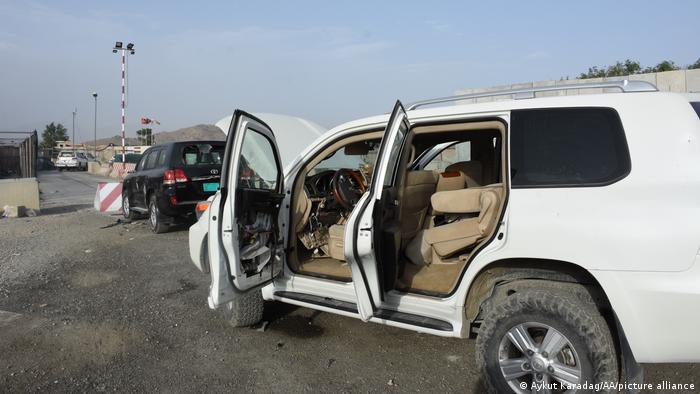 Left behind: those who had made it past Taliban checkpoints on the streets of Kabul left their cars behind when they made it to the airport ― in hopes that they would make it onto one of the flights and out of the country. The cars were later destroyed by those who were denied access to the airport and thus to safety 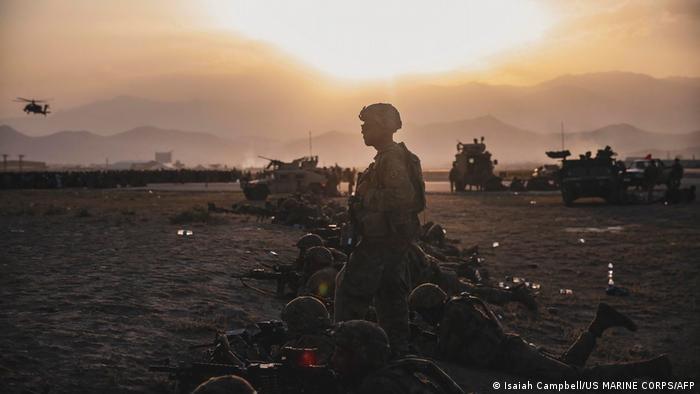 Scrambling to evacuate: the U.S. military is trying to keep the situation at the airport in Kabul under control. Washington, along with other Western powers, has been criticized for failing to start evacuation of embassy personnel and Afghan locals who helped their military earlier. Now it's far from certain whether all vulnerable persons, including local journalists, can still be brought to safety

END_OF_DOCUMENT_TOKEN_TO_BE_REPLACED
Social media
and networks
Subscribe to our
newsletter