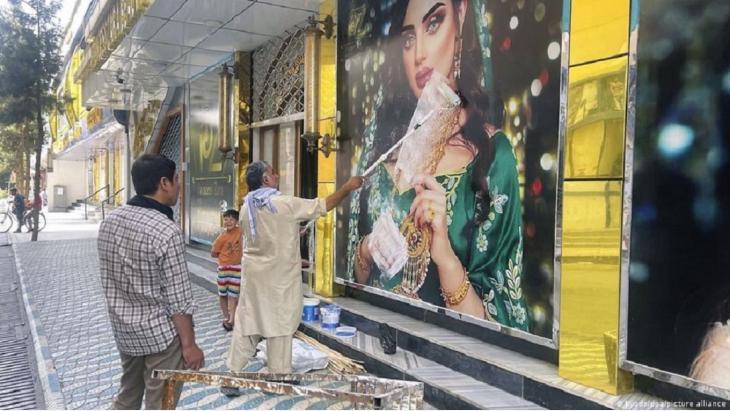 Afghanistan in the hand of the Islamists
Taliban rule the second time round – what to expect?

In the wake of the Taliban seizing power in Afghanistan, it makes sense to take a closer look at their ideology. Can they contribute to a peaceful order? German Afghanistan expert Thomas Ruttig recently outlined his view in an essay for a U.S. Military Academy West Point publication. By Rishikesh Thapa

The militant Islamist Taliban had never accepted the occupation of the country by U.S. and NATO troops. Now they have once again seized power in Afghanistan. The Taliban's current rhetoric sheds light on several issues, including their understanding of the role of the media, education, women's rights, and the role of Islam in politics.

As Afghanistan expert Thomas Ruttig writes in West Point’s CTC Sentinel, the Taliban are sticking to their principle religious motivation, so power-sharing with others should prove difficult. Before 2001, they imposed their dictatorial rule on the country, but their regime was toppled by the U.S.-led invasion after the Islamist attack on New York and Washington on 11 September 2001. The big worry now is that they will try to – and may even succeed – in imposing totalitarian rule once again.

According to The New York Times, U.S. President Joe Biden’s administration had launched a diplomatic effort with a roadmap for a future Afghan government with Taliban participation. It foresaw a revised constitution, terms for a permanent cease­­fire and eventually national elections. The road map insisted on fundamental rights for all citizens, including women and minorities. Part of the plan was an independent judiciary which, however, would be supported by a high council for Islamic jurisprudence.

Notorious for brutal violence and executions

Ruttig, who speaks two Afghan languages and has lived in the country for more than a decade, reminds readers of the Taliban’s history of authoritarian rule. They first grew strong in the 1990s as their militias became a force in Afghanistan’s long civil war. After rising to power, they kept perpe­trating brutal violence and executed many opponents. They did not respect women’s rights, restricted girls’ school attendance and did not allow freedom of speech. They outlawed music for purposes other than religious worship.

On the other hand, Ruttig points out that the Taliban regained strength after the U.S. invasion because many people were angry with the corrupt government and the violence perpetrated by occupying troops. The Taliban became so strong that U.S. President Barack Obama deployed additional troops to step up the fight against them from 2009 on. His successor Donald Trump, however, declared he wanted to end this "forever war" and decided to withdraw U.S. troops. In April, President Biden confirmed that choice. 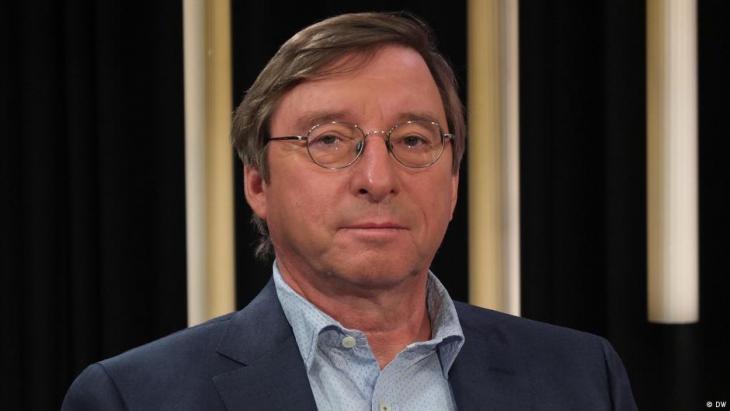 "The West bears most of the blame for the current crisis in Afghanistan," says Afghanistan expert Thomas Ruttig. Writing for the U.S. Military Academy West Point's CTC Sentinel magazine, Ruttig concedes that although the Taliban may have modified their rhetoric on issues such as education and women's rights, internally they have changed little. They remain a militant organisation with an authoritarian leadership that allows no scope for open debate or democratic deliberation

According to Ruttig, who worked for UN missions in Kabul in the years 2000 to 2003, the Taliban’s main appeal to many Afghans and people in neighbouring countries is that they have consistently opposed foreign forces – first the Soviet troops, and later NATO. According to Ruttig, they have understood that their regime in the 1990s hurt the economy and isolated the country. The co-founder of the Afghanistan Analysts Network argues that now, by contrast, they appreciate that peace and prosperity depend on co-operation with Afghanistan’s neighbours.

At the same time, the co-founder of the Afghanistan Analysts Network writes that the Taliban still insist on a political order based on Islamic law. They had accused the now dissolved government under Ashraf Ghani of being un-Islamic. Although their ideology may have softened to some extent, it remains rigid in comparison. The most notable change is the attitude towards the media. In their early days, the Taliban banned watching TV, monopolised the use of phones and basically relied on print media and radio to spread their views. Today, they use all kinds of technology, including social media and multilingual websites.

Ruttig, who is fluent in the Afghan languages Pashto and Dari, also assesses recent statements by the Taliban on education in his article. In their view, schools are an entry point for western values. When they were in power, they opposed co-education in schools and insisted on boys and girls being taught separately – and only by teachers of their own gender. More­over, they did not want girls to continue school after puberty set in and, in some cases, limited the curriculum to Koran lessons. In recent years, however, their approach has become less restrictive, Ruttig reports. In August 2013, they proclaimed that children – not only boys – need both religious and modern education, with an emphasis on computer skills and foreign languages.

The Taliban approach to women’s rights has been shifting slowly too, the German expert writes. In U.S. sponsored negotiations in Qatar, for example, they declared that the Islamic dress code did not require women to hide their faces with burkas, since headscarves were sufficient.

In the past, the Taliban were hostile to non-governmental organisations in principle, Ruttig adds, but to some extent they have become willing to co-operate with them as well as with government agencies.

To what extent the Taliban are prepared to become one political force among others in Afghanistan, remains unclear, according to Ruttig. He acknowledges that they have been engaging in negotiations in Doha. On the other hand, they have not spelled out how they envision Afghanistan’s political future beyond demanding an Islamic system and the withdrawal of all foreign troops. In their internal affairs, of course, the Taliban have not changed much, according to Ruttig. They remain a militant organisation with an authoritarian leadership that allows no scope for open debate or democratic deliberation among the rank and file.

Thomas Ruttig is co-director of the Afghanistan Analysts Network and was involved in UN missions in Afghanistan for many years.  He speaks Pashto and Dari.

Home
Print
Newsletter
More on this topic
Germany and its Afghan interpreters: "Why are you leaving me behind?"Taliban in the ascendant: Joe Biden and America’s withdrawal of choice19 years on from 9/11: Has Germany failed in Afghanistan?Afghanistanʹs political future: Is peace with the Taliban possible?
Related Topics
9/11, Ashraf Ghani, Burka, Education, Islamism | Political Islam, Joe Biden, Muslim women, NATO, Sharia, Taliban, U.S. policy in the Middle East, Women in the Islamic world
All Topics

Very different Western reactions to the suffering in Ukraine and the Arab world show that there is a profound rift among cultures. Essay by Michael Young END_OF_DOCUMENT_TOKEN_TO_BE_REPLACED

The documentary "Nadia" tells the incredible story of Nadia Nadim, who was forced to flee from the Taliban as a child and became a football star. By Annabelle Steffes-Halmer END_OF_DOCUMENT_TOKEN_TO_BE_REPLACED

Three award-winning female directors appeal to the international film industry to save Afghan cinema. Supporting women filmmakers is more important than ever. By Christine Lehnen END_OF_DOCUMENT_TOKEN_TO_BE_REPLACED

Russia's ranking on the World Press Freedom Index has fallen again over the Kremlin's wartime censorship of the Ukraine conflict. From Myanmar to Mexico, journalists continue to ... END_OF_DOCUMENT_TOKEN_TO_BE_REPLACED

Ideally, those Europeans currently welcoming Ukrainian refugees would show the same sympathy to Syrians, Afghans and others fleeing war beyond the continent. But, argues Ian ... END_OF_DOCUMENT_TOKEN_TO_BE_REPLACED

END_OF_DOCUMENT_TOKEN_TO_BE_REPLACED
Social media
and networks
Subscribe to our
newsletter