Afghanistan: the scars of war

Majid Saeedi speaks through his photographs. The impressive and memorable photos in his Afghanistan photo documentary show how decades of war, conflict and occupation have ravaged the country and its people. Traces of these conflicts can be found everywhere, most particularly in the faces of the Afghan people. 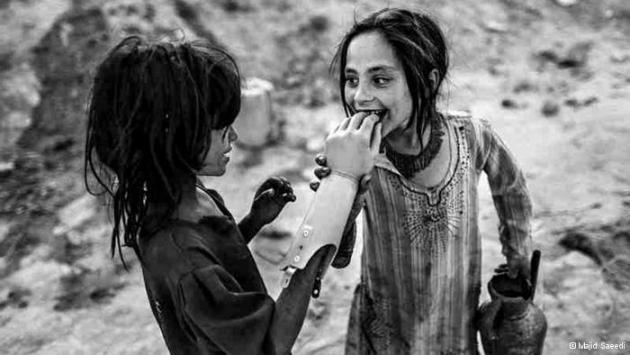 Two young Afghan girls play with a prosthetic arm south of the Afghan capital, Kabul. Photos like this are typical of the work of photographer Majid Saeedi, who grew up in Tehran. He has said that right from the start of his career, he wanted to document human violence in order to open people's eyes to the horrors of the world. His idea for a photo documentary on Afghanistan came to him when he met victims of war at a Red Cross Centre in Afghanistan. 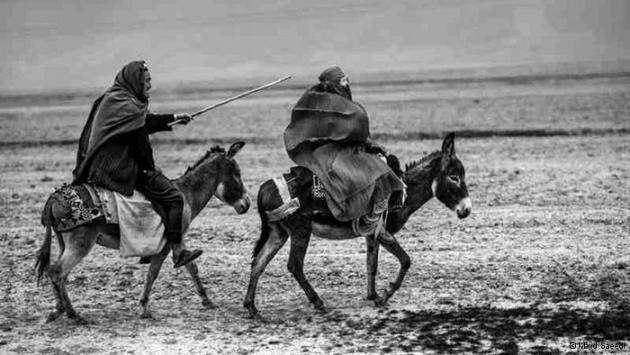 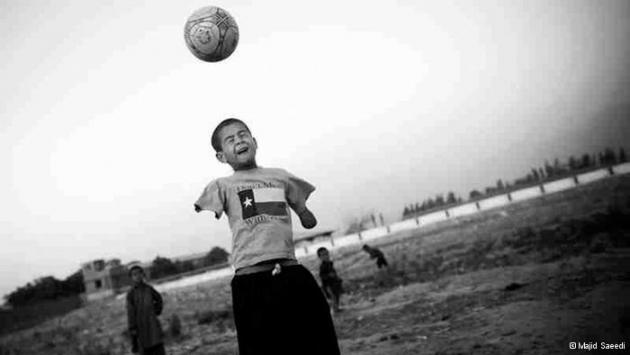 Many of the pictures in his Afghanistan photo documentary feature children. This photo, for example, shows a boy who lost both arms in a land mine explosion playing football. 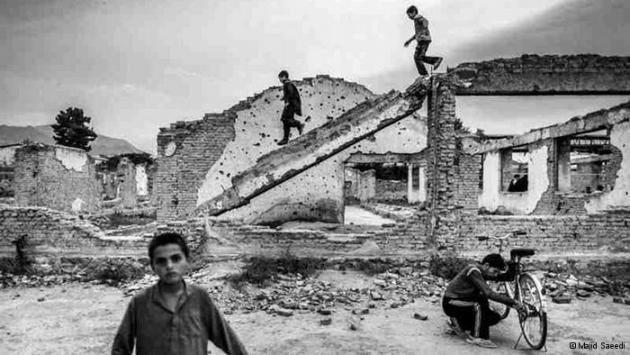 The traces of war and conflict are visible everywhere in Afghanistan: in the faces and bodies of its people, but also in its buildings and infrastructure such as these ruined, bullet-ridden carcasses of buildings. 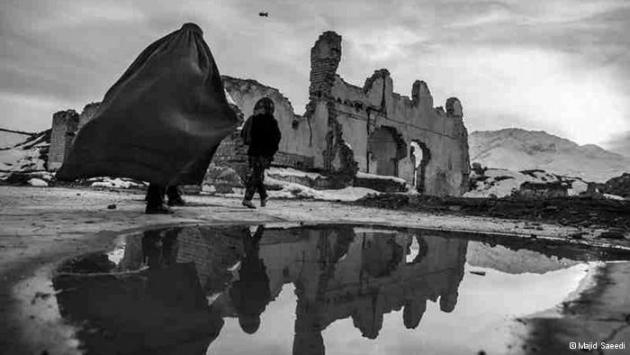 The ruined houses contrast sharply with the beautiful natural surroundings that cannot be destroyed by bullets and bombs. 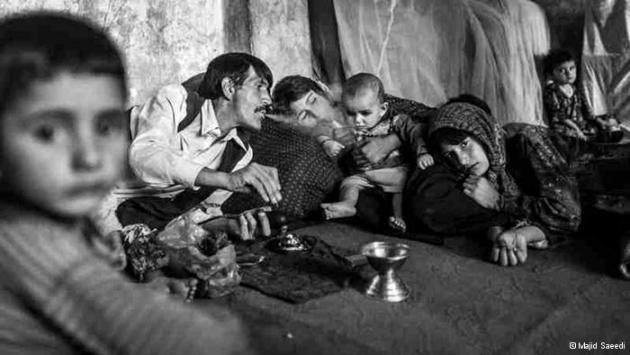 Drug addiction is a huge problem in Afghanistan. With a global market share of almost 90 per cent, the country is the world's largest producer of opium. It comes as no surprise, therefore, that many are addicted to the drug. The UN estimates that up to 300,000 children and young people are addicted. 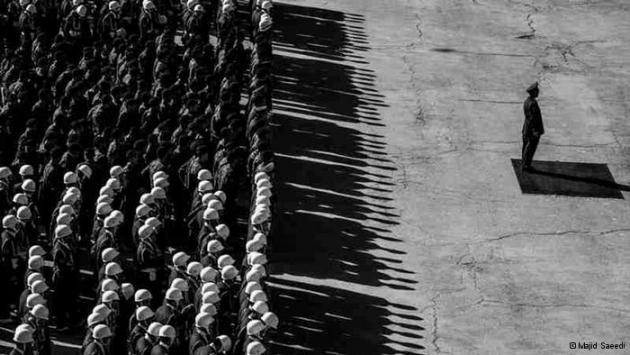 Rows of military personnel in the morning sunshine at the Police Academy in Kabul. For over ten years, Germany has been helping train and build up the police force in Afghanistan. The objective is to leave behind an functioning police force that works for the good of the country on the basis of the rule of law by the time the last foreign troops leave the country in December 2014. Many doubt, however, that this goal can be reached. 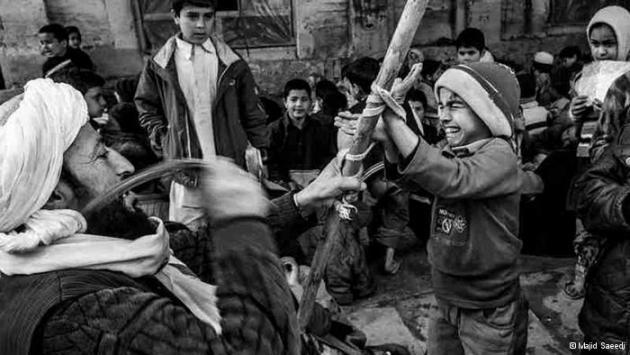 A young boy winces with pain at the corporal punishment being meted out to him by his religion teacher while other children look on. Afghanistan does not have a regular school system. In fact, if they attend school at all, many children only get a few years' schooling because they have to go out and earn money to help support their families. 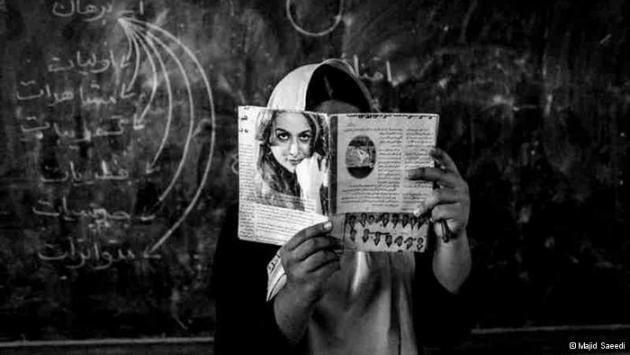 The wars and conflicts that have plagued Afghanistan since 1979 have had a disastrous impact on the education of its people. In the summer of 2011, the German government released some truly shocking figures: 72 per cent of men and 93 percent of women in Afghanistan have no school-leaving qualifications. 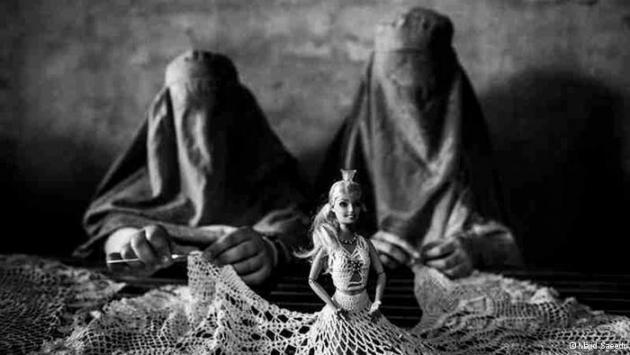 In a workshop organised by an NGO from Malaysia, Afghan women are learning skills that will hopefully allow them to earn their living and support themselves. No less than 80 women take part in each course. 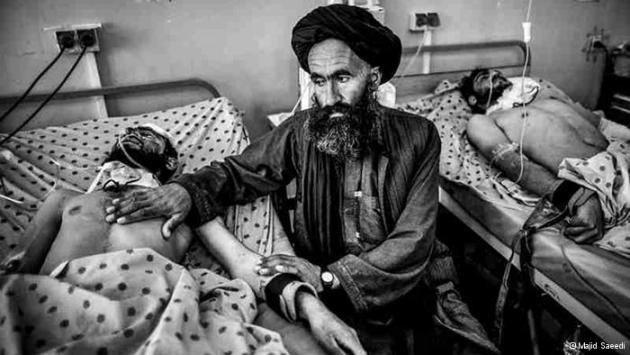 Two men injured in a Taliban revenge attack in Kandahar in May 2011. Just a few days after the assassination of Osama bin Laden, the Taliban struck. Four people were killed and 36 injured. 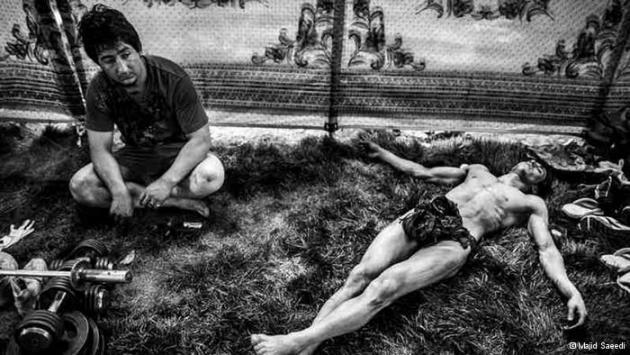 An Afghan weightlifter rests after taking part in a competition. Sports like weightlifting and bodybuilding are very popular in Afghanistan. 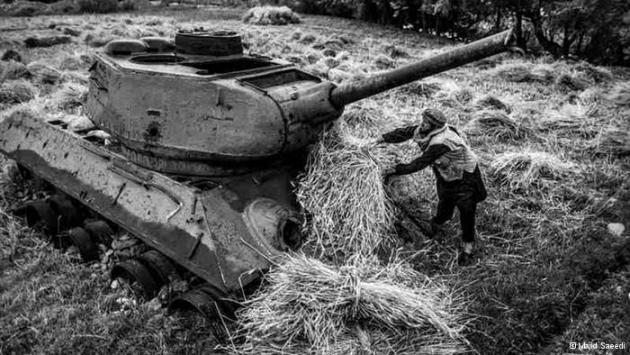 Traces of conflict and war from the Soviet intervention in Afghanistan in 1979 to the NATO-led ISAF mission that began in 2001 are visible all over the country and have become part of everyday life. In this oddly surreal photo, a farmer stacks bundles on an old Soviet tank in his field. 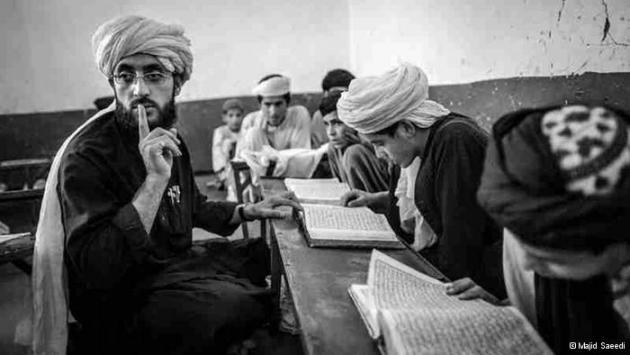 A teacher calls for silence as pupils at this Afghan Koran school in the southern city of Kandahar study the holy book. 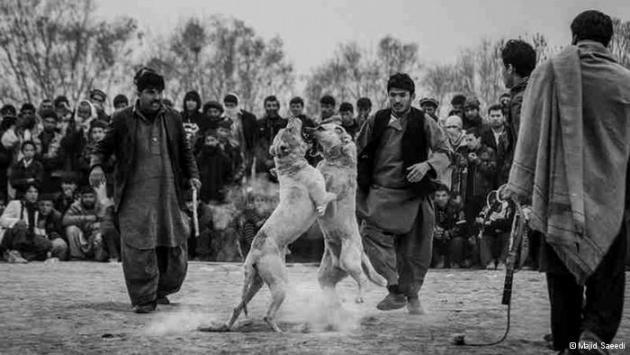 Animal fighting has traditionally been a popular spectator sport in Afghanistan. Across the country, people come together to watch cock fights or, in this case, dog fights. 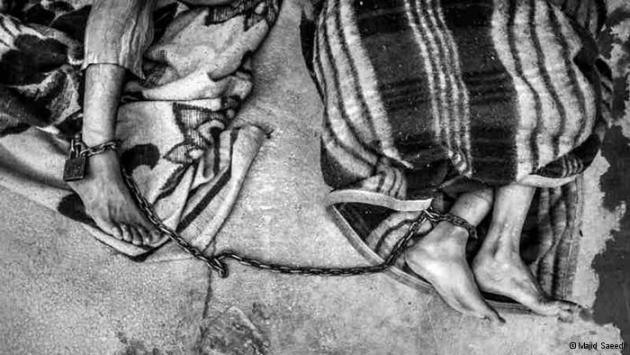 Those who suffer from mental illnesses in Afghanistan have a very difficult life indeed and often live in inhuman conditions. This photo shows two patients in a psychiatric clinic in the city of Herat in western Afghanistan chained together at the ankles. 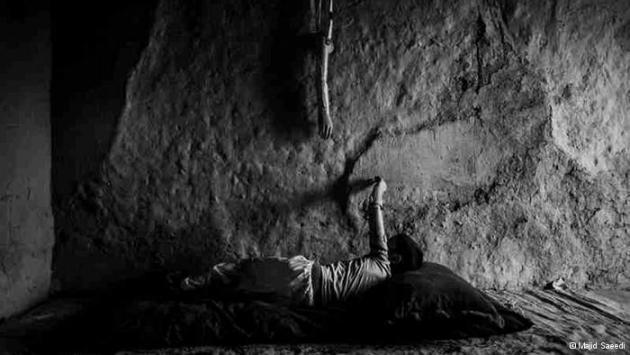 Akram has two prosthetic arms. When he goes to bed, he hangs them on the wall above his bed. There are thousands of other children like Akram in Afghanistan. 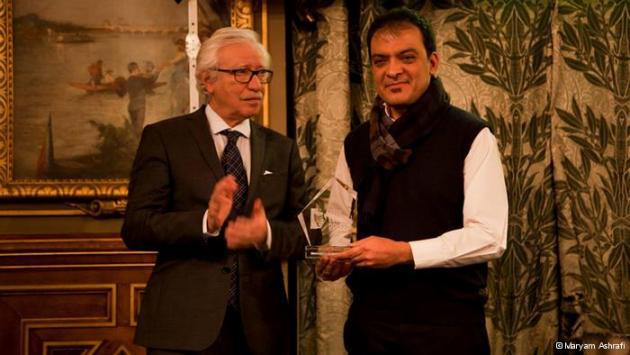 Majid Saeedi has won many awards for his work, including 2nd Prize at the World Press Photo Awards 2013 for his Afghanistan photo documentary.

END_OF_DOCUMENT_TOKEN_TO_BE_REPLACED
Social media
and networks
Subscribe to our
newsletter