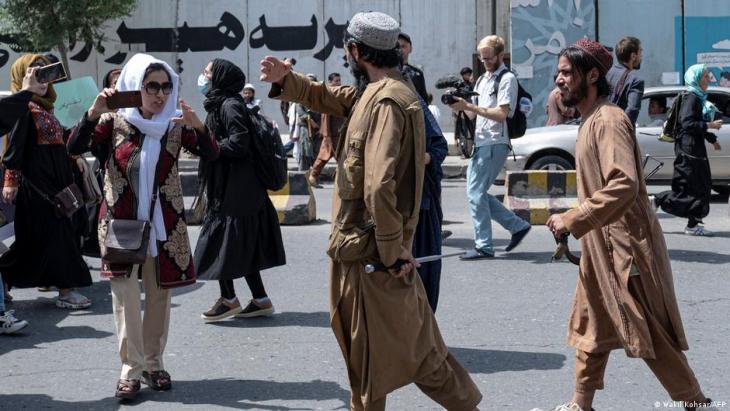 Afghanistan under the Taliban
Back to the past

One year ago the Taliban returned to power, seizing Kabul; the U.S. and its allies made a panicked exit from the country. Of all the books written on the subject, four stand out from the crowd. By Tobias Matern

Do we still need them, the multitude of words, the hefty tomes, to help us comprehend the failure of the West in Afghanistan? The story of this botched deployment can be told in an instant. The U.S. was desperate for revenge after the 9/11 attacks. Their allies joined the war, in a mission that wasn’t really about the faraway country on the Hindu Kush.

Berlin wanted to "please" the Americans, as an adviser to the then Chancellor Gerhard Schroeder would later candidly admit: "The decision to go to Afghanistan had zero percent to do with Afghanistan and 100 percent to do with the United States. If Osama bin Laden had been holed up on the Fiji Islands, we would’ve gone along with them there too," he said.

While the decision-makers had scant understanding of this nation on the Hindu Kush, the appeals of those experts with knowledge of the clan structures, of the previous failed interventions by major world powers, who knew that anyone seeking to improve the fortunes of Afghanistan with a western democratic model was doomed to failure – well, they were ignored.

Twenty years later, in August 2021, the humiliated U.S. superpower went home, as did its partners. In Kabul, everything returned to the way it was before: the Taliban had regained power, their Kalashnikovs drawn in the palace of President Ghani, who had long since fled.

One year after this disaster, which American universities estimate cost the lives of 240,000 people and for which the U.S. alone spent around two billion dollars, there’s a whole series of books, some reissued and some newly written, which tackle this subject from a variety of perspectives. Three categories are especially apparent: academic/fact-based papers, observations by reporters and first-person narratives.

Prognosis: the global threat is ongoing

In the first category we find Pakistani veteran commentator Ahmed Rashid, whose book "Taliban. Militant Islam, Oil and Fundamentalism in Central Asia" (latest edition in March 2022 published in English by I.B. Tauris) represents the gold standard for anyone seeking to understand the past and present rulers in Kabul. 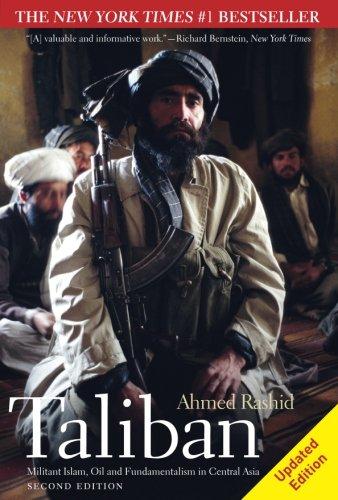 Ahmed Rashid's classic on the Taliban is the gold standard for understanding the old, new rulers in Kabul, even in the updated new edition: "Rashid’s book is a sober and solid presentation of how the Stone Age Islamists leading the first Kabul regime (1996 - 2001), have for the most part been replaced by a new, young generation of Taliban, 'which is deeply divided in relation to education and the rigour with which religious duties are to be observed'. Believing the Taliban leadership will not be inclined to moderate its views, the specialist predicts further years of major unrest for the country," writes Matern

Back in 1994, Rashid was in Kandahar when the Taliban, a movement largely unknown at the time, set out to take over the entire country from their initial footholds in southern Afghanistan.

Rashid’s book is a sober and solid presentation of how the Stone Age Islamists leading the first Kabul regime (1996 - 2001), have for the most part been replaced by a new, young generation of Taliban, "which is deeply divided in relation to education and the rigour with which religious duties are to be observed".

Believing the Taliban leadership will not be inclined to moderate its views, the specialist predicts further years of major unrest for the country.

Rashid is also convinced that Afghanistan will again be set adrift; he foresees the emergence of a kind of black hole, like the one that already existed before the attacks on the U.S. on 11 September 2001.

The Taliban and their spiritual brothers, the international terror organisation al-Qaida, "will remain a worldwide threat, as long as Muslim governments and the West are not decisive in their fight against extremism and if their efforts to find solutions to the most pressing problems in the region – poverty, economic misery, a lack of school education and unemployment – are only half-hearted if they exist at all".

America’s neglect of the region dates back still further to the withdrawal of the Soviet Union in the late 1980s. The extremism co-financed by Washington in the battle against the Red Army was later directed against the U.S. itself.

Rashid’s book has been sparingly updated: a short preface on current events following the Taliban power takeover, a few text revisions and a chronology refreshed to reflect the latest developments. But this suffices for a good understanding of how the conflict and the power of the Taliban have brought them back to Kabul.

Those daunted by the book’s nearly 500 pages could do worse than read Conrad Schetter and Katja Mielke’s far more compact publication. As well as the analysis of the various groupings within the Taliban movement, their book "Die Taliban. Geschichte, Politik, Ideologie" (The Taliban. History, Politics, Ideology published in German by Verlag C.H. Beck 2022) contains interesting passages on the Islamists’ own update, how they have evolved from barefoot warriors to savvy Twitter users disseminating their propaganda amongst the people in English.

As Schetter and Mielke explain, the Taliban’s evolution was "closely bound up with the availability of the Internet as well as the spread and popularity of social media". This step into the modern age was brought to Afghanistan by the West, and now the Islamists are using it to best advantage. Equally engaging are Schetter and Mielke’s rather brief conclusions concerning the question of whether, with this latest takeover of Kabul, the Taliban have perhaps already reached the zenith of their success? Will the movement now disintegrate due to its "internal differences"?

If the first year of the regime is anything to go by, it has not yet realised the transition from guerrilla militia to a government that can collect and distribute resources. After the loss of western investments, it is the people who are suffering the most as a result. The U.N. says 90 percent of Afghans live below the poverty line.

In the second category, reportage, the stand-out book is Wolfgang Bauer’s "Am Ende der Strasse. Afghanistan zwischen Hoffnung und Scheitern" (At the End of the Road. Afghanistan Between Hope and Failure, published by Suhrkamp Verlag 2022). The Zeit reporter has been visiting the country for decades and this is evident from his writing. His journey along National Highway 01, formerly known as the Ring Road reveals a courageous observer who, as he travels around, is not afraid to take risks and report from isolated regions. Sometimes the author’s focus is directed too much at himself, which is unnecessary: "I’m embarking on this journey in a bid to understand why we, not just the West, but the international community, failed to do good," he writes.

Home
Print
Newsletter
More on this topic
The Longest War – 20 years of the "War on Terror": Emran Feroz' chronology of a disasterA year of the Taliban: Afghanistan in free fallAfghanistan expert Ahmed Rashid: "The Americans were completely devoid of any strategy"
Related Topics
'Islamic State' | IS, 9/11, Al-Qaida, Ashraf Ghani, Authoritarianism, European Union (EU), Hamid Karsai, History of the Near and Middle East, NATO, Sexism and violence against women, Sunni Muslims | Sunni Islam, Taliban, The European Union (EU), U.S. policy in the Middle East
All Topics

Cries of "Benghazi!" still resonate across the USA ten years after a deadly terrorist attack in Libya killed the U.S. ambassador and three other Americans. Ethan Chorin re-tells ... END_OF_DOCUMENT_TOKEN_TO_BE_REPLACED

Sufism has fluid boundaries. Just like Islam, Sufism is inconceivable without its late antique roots. Then again, it has also exerted an influence on Hinduism. Moreover, the Sufic ... END_OF_DOCUMENT_TOKEN_TO_BE_REPLACED

Journalist Waslat Hasrat-Nazimi was forced to flee Afghanistan with her family as a child and grew up in Germany. To mark the publication of her book "The Lionesses of Afghanistan ... END_OF_DOCUMENT_TOKEN_TO_BE_REPLACED

Just as the Islamic Revolution fundamentally changed Iran 43 years ago and had an impact far beyond the country's borders, the current wave of protests sweeping the country is set ... END_OF_DOCUMENT_TOKEN_TO_BE_REPLACED

Jonas Poher Rasmussen's Oscar-nominated animated documentary “Flee” focuses on the life of a refugee from Afghanistan. Based on a true story, it centres around the question: when ... END_OF_DOCUMENT_TOKEN_TO_BE_REPLACED

The Biden administration could have used Pakistan’s economic crisis to compel the country to sever its longstanding ties to terrorist groups. Instead, the U.S. protects and ... END_OF_DOCUMENT_TOKEN_TO_BE_REPLACED
Author:
Tobias Matern
Date:
Mail:
Send via mail

END_OF_DOCUMENT_TOKEN_TO_BE_REPLACED
Social media
and networks
Subscribe to our
newsletter