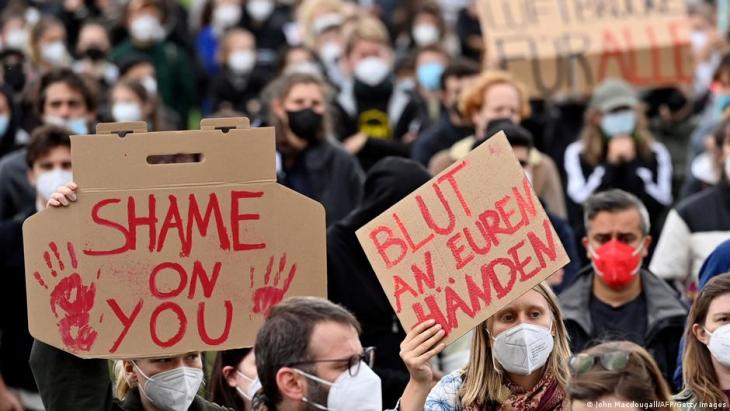 Afghanistan
Victim-blaming – a trope of the West's failure in Afghanistan

One prominent narrative relating to the defeat of the western-led military intervention in Afghanistan is that it was a mistake to try to build a modern democracy in a society steeped in "mediaeval traditions" and "tribal attitudes". Hans Dembowski condemns this self-serving and condescending standpoint, which persists in ignoring the serious flaws in the West's engagement, while blaming the victims for its failure

Any serious assessment of what happened over the past 20 years needs to take into account two things: first, that Islamist fundamentalism is not mediaeval, but essentially modern; and second, that Afghanistan is not an isolated developing country, but actually very well integrated into the world market, if only through its illegal version of the global drug trade.

Sharia law can be interpreted in many different ways. Indeed, Muslim scholars have been debating the underlying principles for centuries and developed several different schools of thought. The Taliban version is an extremely sectarian interpretation. They want us to believe that it is the essence of Islam, but that is not true. Yet it is embarrassing that many in the west apparently still cannot tell fundamentalist propaganda from the rich traditions of a world religion.

Bearing in mind this widespread ignorance, it is worth repeating that there are three different and mutually incompatible varieties of Islamist fundamentalism: The Shia regime in Tehran has very little in common with the Wahhabist fundamentalism promoted by Saudi Arabia, while the various offshoots of Egypt’s Muslim Brotherhood have a completely different history. All three varieties of political Islam only became internationally relevant in the 20th century. In recent decades they have been crowding out more tolerant and peaceful Sufi traditions throughout the Muslim world.

At a fundamental level, Afghanistan’s Taliban draw their inspiration from Saudi Wahhabism – unsurprisingly, their relations with Iran have never been friendly. The radical ideology was fostered in refugee camps in Pakistan. Back then, the Soviet Red Army was trying to bolster a communist government in Afghanistan, and the U.S. government was eager to support what it called "freedom fighters" in the country. 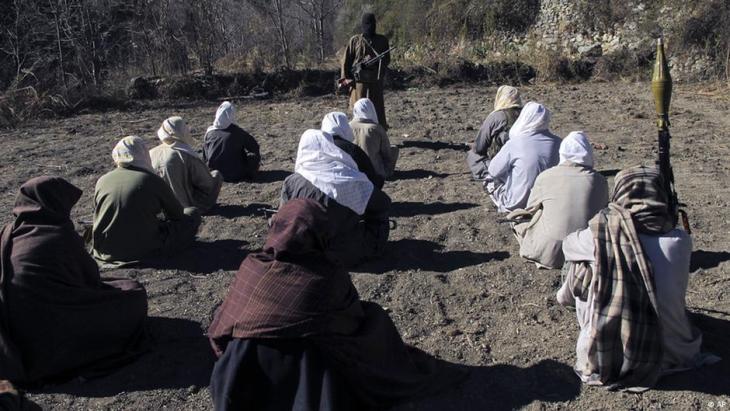 Thanks to western incompetence, the Taliban were increasingly able to reclaim legitimacy: in the remote rural areas of all developing countries, traditions which are passed on informally from generation to generation matter more than formal legislation. Typically, the traditional norms have religious connotations. Western agencies often struggled to tell traditional settings from Taliban fundamentalism, and that helped the extremists pose as the true representatives of both faith and people

Saudi missionaries preached their version of fundamentalism in refugee camps in Pakistan, while any Islamist rebels who returned to Afghanistan could rely on American support. The sad truth is that the USA contributed to the growth of the Taliban when they still seemed a convenient force in the Cold War against the Soviet Union.

After the defeat of the Red Army, civil war continued in Afghanistan, and in the late 90s the Taliban had taken control of almost the entire country. By then, western attitudes to them had changed. They were no longer considered to be useful, and their rule was appallingly despotic.

Following the terror attacks on New York and Washington on 11 September 2001, U.S. President George W. Bush decided to invade Afghanistan. The idea was to ensure that it would never again become a safe haven for Islamist terrorists. One implication was that western aid would have to help to build an Afghan democracy.

NATO and subsequently the UN joined the U.S. effort once U.S. troops had conquered Kabul in late 2001. For one and a half decades, ISAF, the International Security Assistance Force, was in control of the country. However, the U.S. troops primarily focused on hunting down terrorists and fighting criminals. They did not pay much attention to civilian casualties, which caused serious resentment.

The only Afghan institutions the international community really invested in were the army and the police. The judicial system and the civil service attracted rather little donor attention, and elections remained marred by controversies and increasingly low turnout. Nothing substantial changed when, at the end of 2014, ISAF was discontinued and western troops officially began operating in Afghanistan on behalf of the Afghan government. 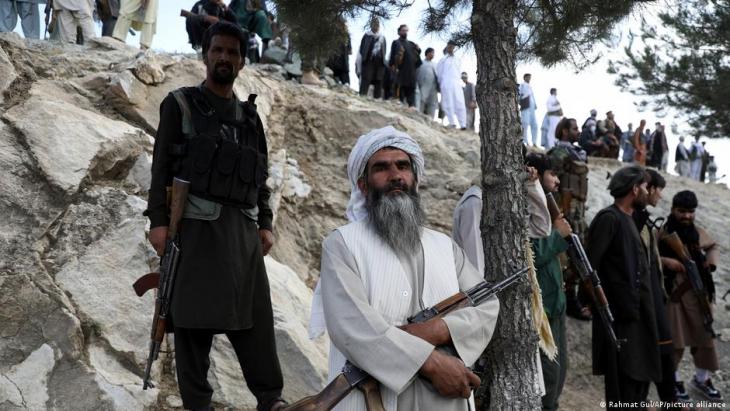 Mediaeval traditions, tribal attitudes – and export revenues: those who invest in the drug business need to ensure their investments are safe. They bribe officeholders, but they also employ brutal thugs. In Afghanistan, the distinction between militia and gang often did not make much sense, and former warlords still tended to be in command. Since the official security forces were often affected by corruption, people learned to rely on the protection of strongmen, no matter how appalling their behaviour

In the remote rural areas of all developing countries, traditions which are passed on informally from generation to generation matter more than formal legislation. Typically, the traditional norms have religious connotations. Western agencies often struggled to tell traditional settings from Taliban fundamentalism, and that helped the extremists pose as the true representatives of both faith and people.

Illegal drugs were a serious problem right from the start. Afghanistan is the world’s most important producer of opium, supplying about 90 % of the globally available commodity. During the civil war, opium money had kept various militias afloat, and of course the Taliban had benefitted too.

There are no reliable statistics, because nobody documents precisely what happens on black markets. However, experts reckon that opium may have accounted for up to one third of gross national product in Afghanistan even in recent years. Drug money not only helped the Taliban to keep going, others were involved in the business as well.

Western journalists regularly bemoan corruption in Afghanistan, but the plain truth is that one should not expect anything else in a country where an illegal industry is so important. Those who invest in this business need to ensure their investments are safe. They bribe officeholders, but they also employ brutal thugs. Organised crime is inherently violent.

In some ways, mafia gangs resemble informal militias. In Afghanistan, the distinction between militia and gang often does not make much sense, and former warlords still tend to be in command. Their power does not simply result from mediaeval traditions and tribal attitudes. It depends on export revenues to a considerable extent.

As with mafia gangs, it also depends on the perverse sense of security they project. In a civil war, people learn to rely on the protection of strongmen, no matter how appalling those strongmen are. It is only of secondary importance whether armed men belong to regular units or not, especially since the official security forces are often affected by corruption.

Western governments knew what was going on all the time, but they had no strategy to thwart the drugs business. It was impossible to eradicate opium cultivation because far too many livelihoods depend on it, on the one hand, and far too many powerful players were involved in it on the other.A modern economy needs to be formalised, but an illegal industry cannot be formalised. Given that the drugs industry – which today also includes heroin processing, cannabis cultivation and crystal-meth labs – was so important, attempts to build a modern, truly democratic state could not succeed. 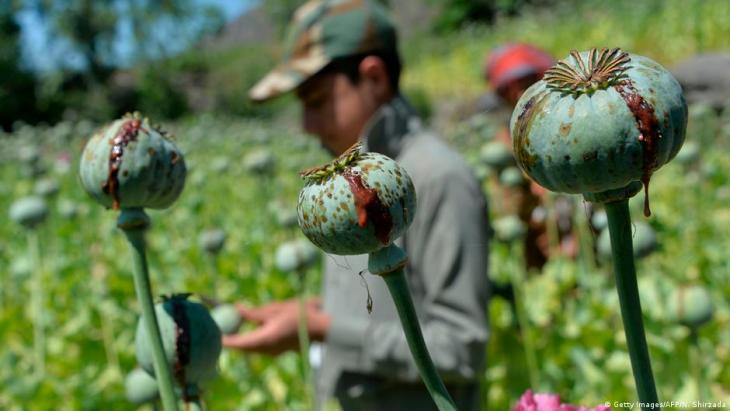 A lack of imagination? Given that the drugs industry – which today also includes heroin processing, cannabis cultivation and crystal-meth labs – was so important to Afghanistan, attempts to build a modern, truly democratic state could not succeed. The western public looked away, and policymakers failed to come up with unconventional and innovative policies that might have turned opium money into legally earned revenue

The western public basically looked away, and policymakers did not come up with unconventional and innovative policies that might have turned opium money into legally earned revenue.

Opiate addiction is a terrible curse, so legalisation was not a convincing option. Perhaps the international community should have simply bought most of the opium harvest at attractive prices and then destroyed it. That would have been expensive – but the New York Times estimates that the war cost the U.S. government $ 2 trillion anyway. At least buying the drug rather than destroying the fields would not have alienated the locals.

Three decades before President Bush declared his "war on terror", U.S. President Richard Nixon had declared a "war on drugs". The idea was to free western societies of illegal drugs, which were treated not as a health problem, but a law-and-order issue. The war on drugs has failed, and western countries are awash with various illegal substances.

Western countries are slowly and incrementally changing their approach to this issue. Prominent leaders including former Swiss President Ruth Dreyfus have called for more radical reforms with a focus on regulation rather than prohibition, but such advice has largely not been followed.

The dysfunctional international prohibition of drugs has not reduced the demand for illegal substances. Indeed, it has increased it. The black market is most profitable – and it is undermining viable statehood in many places, including Colombia and Mexico, transit routes through the Sahara desert or slum areas of Rio de Janeiro and Los Angeles. There can be no rule of law where the livelihoods masses of people depend on are illegal.

That western governments shied away from this conundrum is an important reason why the West's attempt to prop up a supposedly legitimate Afghan government failed, both with and without the ISAF logo. It did not help that they ignored lessons concerning rural power structures and traditions in strife-torn countries.

Cries of "Benghazi!" still resonate across the USA ten years after a deadly terrorist attack in Libya killed the U.S. ambassador and three other Americans. Ethan Chorin re-tells ... END_OF_DOCUMENT_TOKEN_TO_BE_REPLACED

Sufism has fluid boundaries. Just like Islam, Sufism is inconceivable without its late antique roots. Then again, it has also exerted an influence on Hinduism. Moreover, the Sufic ... END_OF_DOCUMENT_TOKEN_TO_BE_REPLACED

Journalist Waslat Hasrat-Nazimi was forced to flee Afghanistan with her family as a child and grew up in Germany. To mark the publication of her book "The Lionesses of Afghanistan ... END_OF_DOCUMENT_TOKEN_TO_BE_REPLACED

Just as the Islamic Revolution fundamentally changed Iran 43 years ago and had an impact far beyond the country's borders, the current wave of protests sweeping the country is set ... END_OF_DOCUMENT_TOKEN_TO_BE_REPLACED

One year ago the Taliban returned to power, seizing Kabul; the U.S. and its allies made a panicked exit from the country. Of all the books written on the subject, four stand out ... END_OF_DOCUMENT_TOKEN_TO_BE_REPLACED

Jonas Poher Rasmussen's Oscar-nominated animated documentary “Flee” focuses on the life of a refugee from Afghanistan. Based on a true story, it centres around the question: when ... END_OF_DOCUMENT_TOKEN_TO_BE_REPLACED
Author:
Hans Dembowski
Date:
Mail:
Send via mail

END_OF_DOCUMENT_TOKEN_TO_BE_REPLACED
Social media
and networks
Subscribe to our
newsletter