Afghanistan without the Taliban

There is one region in Afghanistan where the Talibans have never really been able to impose their rule. Inhabited by yak-herding nomads and wedged between Tajikistan and Pakistan at an altitude of 4,500 metres, Pamir is an area of precarious peace. Promoted by the Afghan government in an attempt to attract the more adventurous tourist, it is also the gateway to the Wakhan Corridor taken by Marco Polo in the 13th century. By Eric Lafforgue 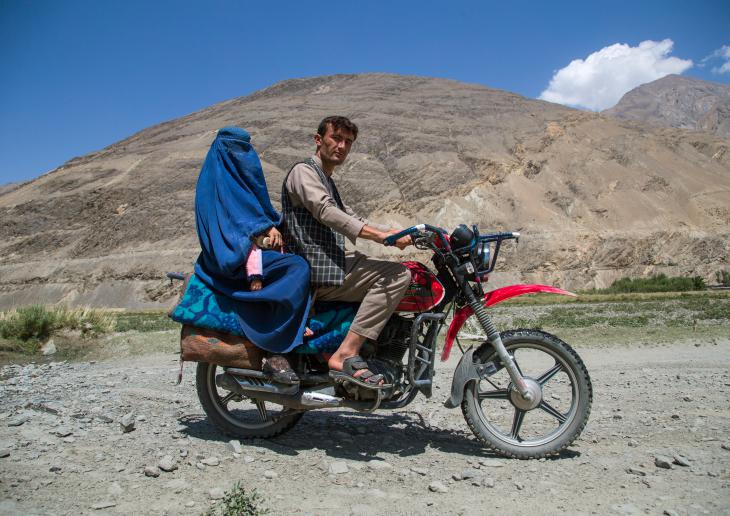 The population of Pamir is predominantly Ismaili, a branch of Shia Islam that follows the precepts of the Aga Khan, but some areas are controlled by conservative Sunnis who insist on the wearing of the burka. Moderate Afghanis have dubbed them the "long beards″, a veiled reference to the Taliban 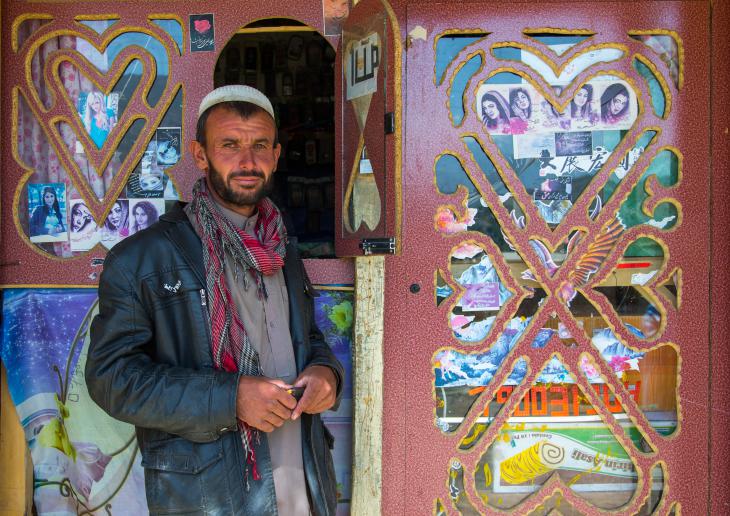 No one misses the Taliban regime, especially not the men: "we were deprived of music and TV. We had to grow beards, we were watched and beaten in the streets if we didn't follow their rules... Moreover, since women were not allowed to go out, we had to do the grocery shopping at the market″ 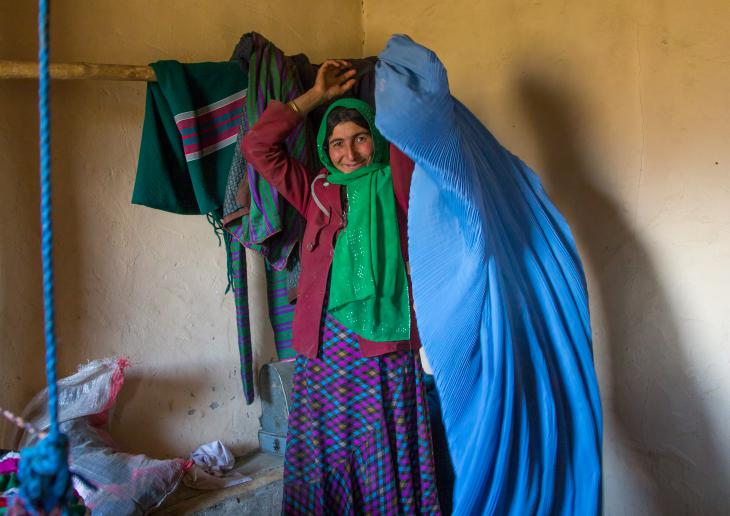 Zebeck village: once inside the home, burkas are removed to reveal smiling welcoming faces. This woman told me how fed up she is of having to hide in public. ″It is suffocating under the burka!" 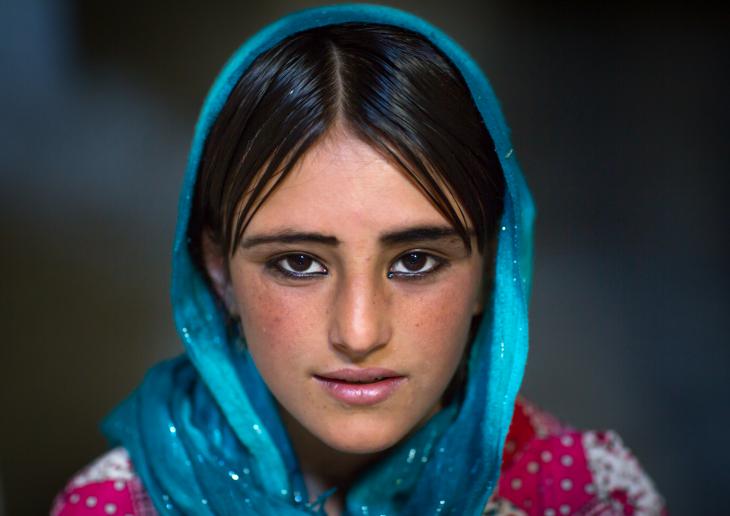 Men and women wear kohl around their eyes. Afghans believe that it improves the eyesight and possesses medicinal properties 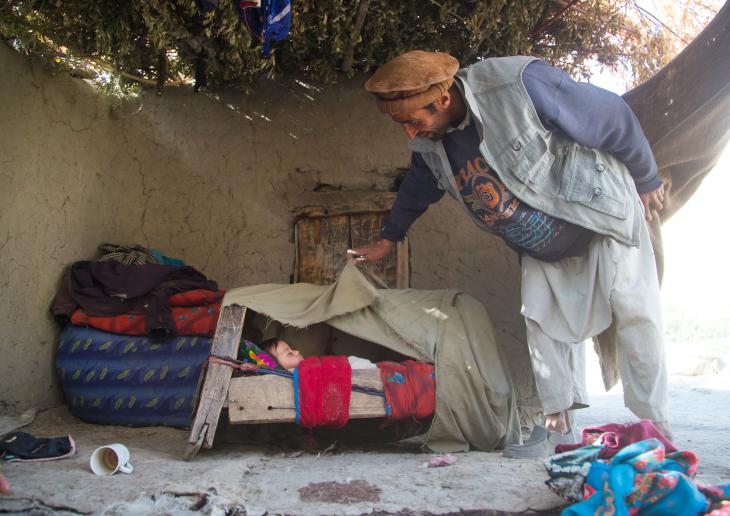 Under the cradle, a small puddle indicates that his penis was placed in a wooden pipette to allow the urine to flow out without soiling his clothes. My guide warns me: do not compliment a newborn for fear of drawing the attention of the evil eye 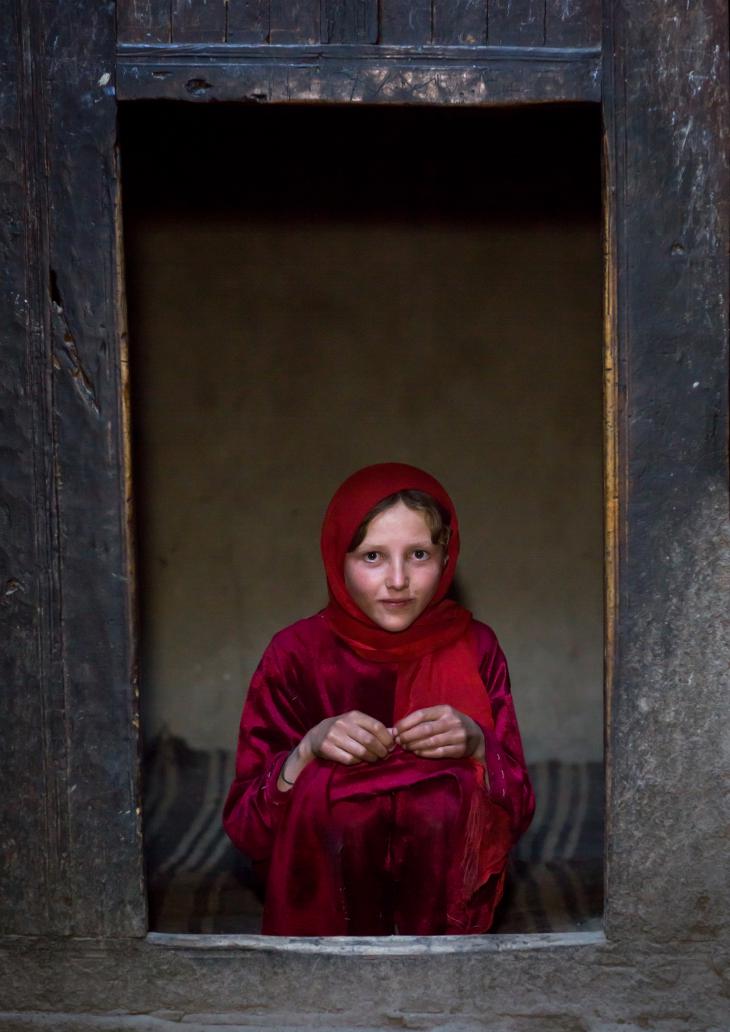 The villagers are poor, which they acknowledge without shame, yet without ever asking for anything. On the contrary, they show great generosity despite their limited resources. Nobody begs in the street 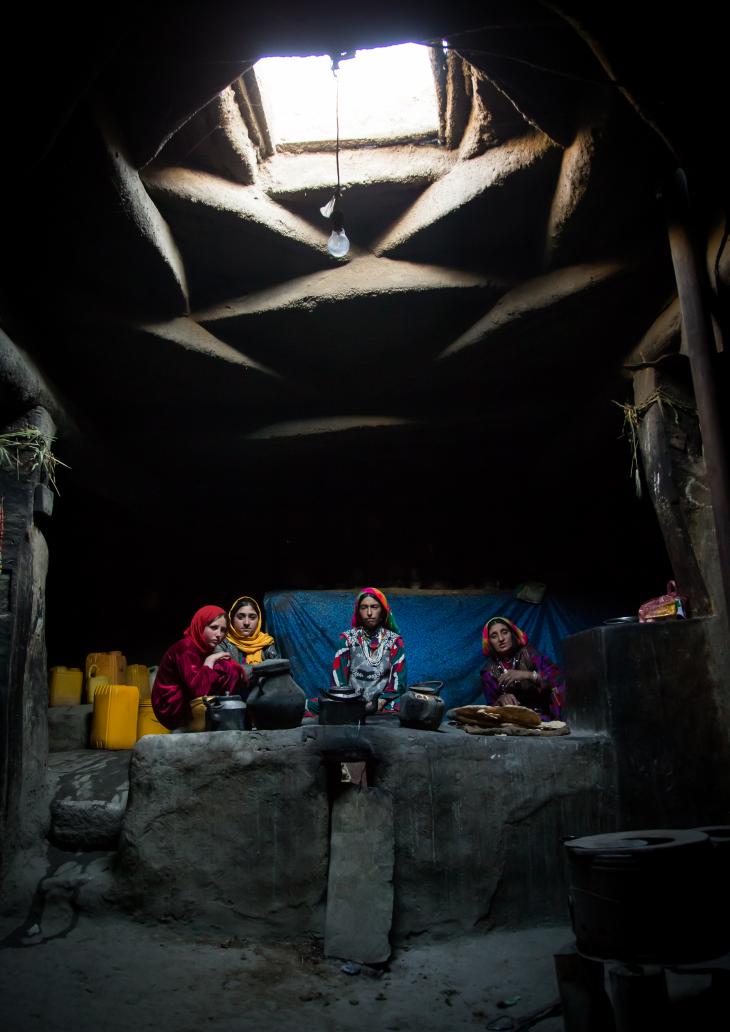 For centuries, the houses in Pamir have been designed to withstand the many deadly earthquakes that strike the region. In each room, five wooden pillars – symbolising the five pillars of Islam – support a beam skylight called ′chorkhona′, the Four Houses. It symbolises the four Zoroastrian elements: earth, water, wind and fire 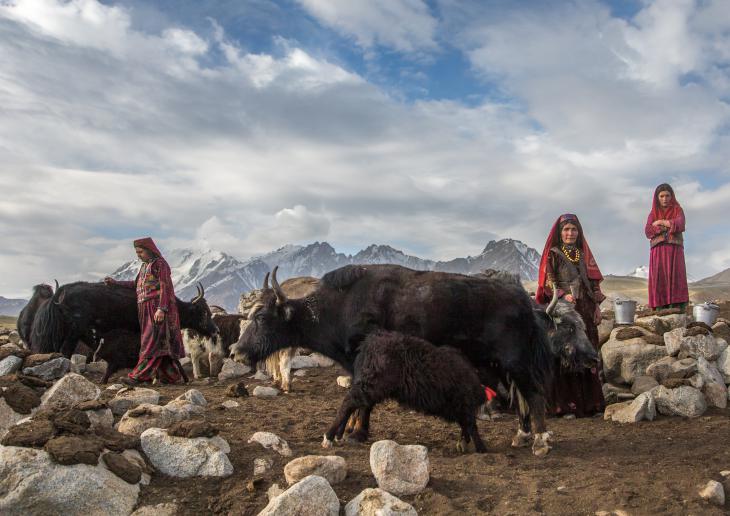 Wakhi village in the Big Pamir. The altimeter indicates 4,582 metres. The nomads have allegedly lived in these mountains for over 2,000 years. There are still 10,000 of them who maintain this pastoral lifestyle. In the summer, they climb up to find the best pasture for their cattle... 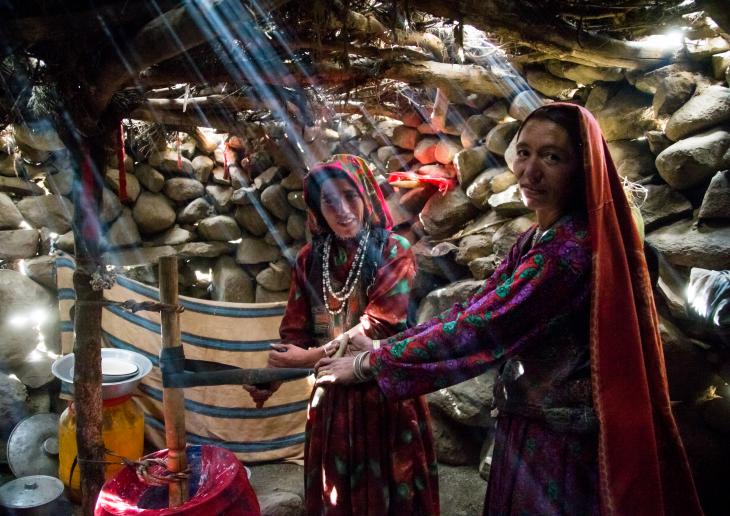 Afghans are stunned to learn that in Europe, there are also terrorists who blow up bombs and kill innocent people, a daily tragedy in Afghanistan. They thought Europe was a haven of peace 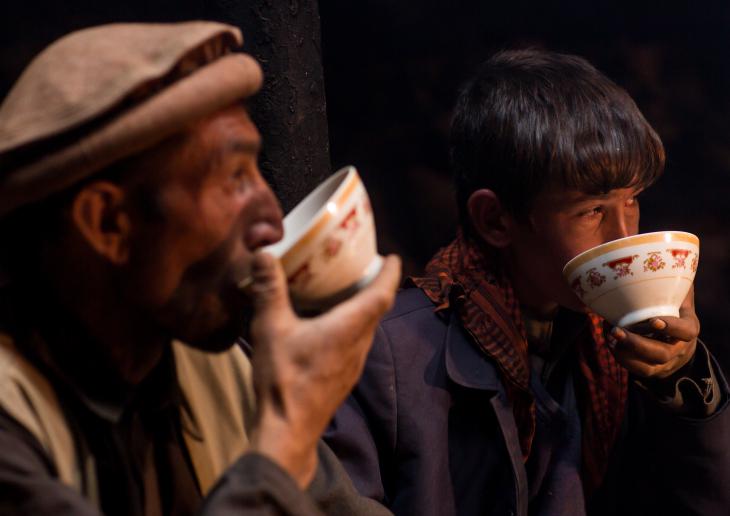 Those who venture down to the plain, like the village chief, return disillusioned. "You have to pay for everything! We wouldn't be able to live down there. We have no money." No one would even think of changing their lifestyle despite the complete lack of comfort, education and healthcare in this part of Pamir 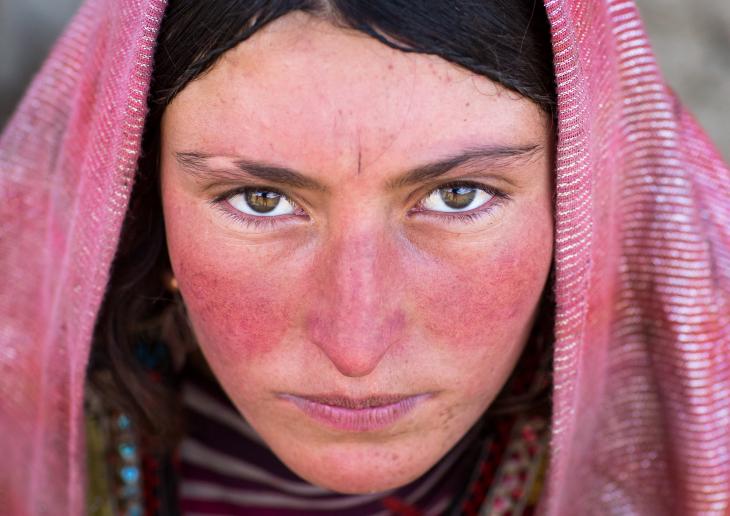 Some women leave the village for the two months of summer with their yaks to seek new pasture. Their relatives will not receive any news from them until they return 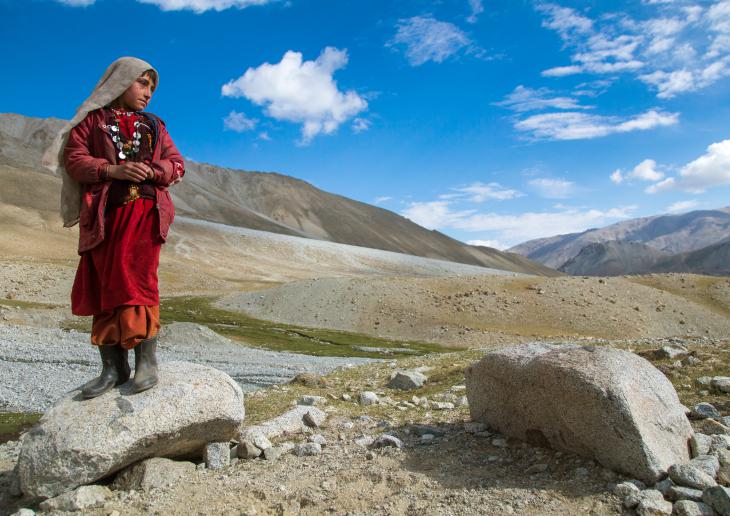 Distractions are rare for children: nobody has heard of either Messi or Ronaldo. Tourists are eagerly awaited as they provide some excitement in this monotonous existence. I am the first to visit them this year. It is early August and the tourist season will end in September. Then, the snow will cover the mountains for six months 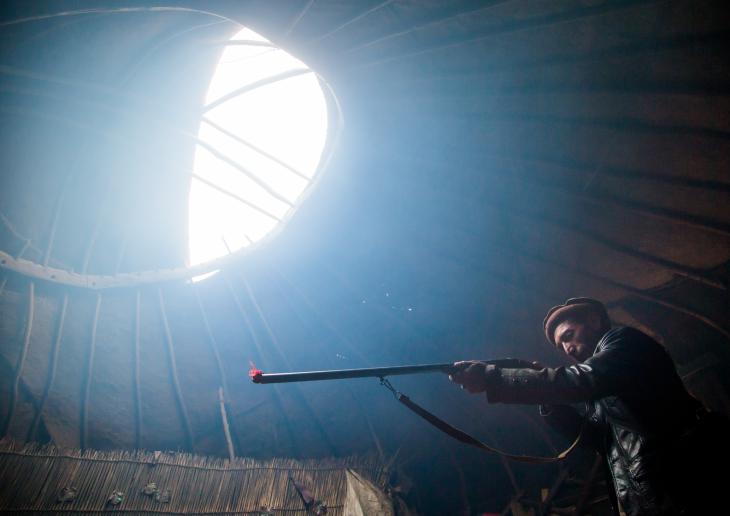 5 a.m. Dogs howled all night long, wolves are on the prowl. The village chief leaves with 200 sheep to find new pasture. He checks his old gun before leaving the yurt 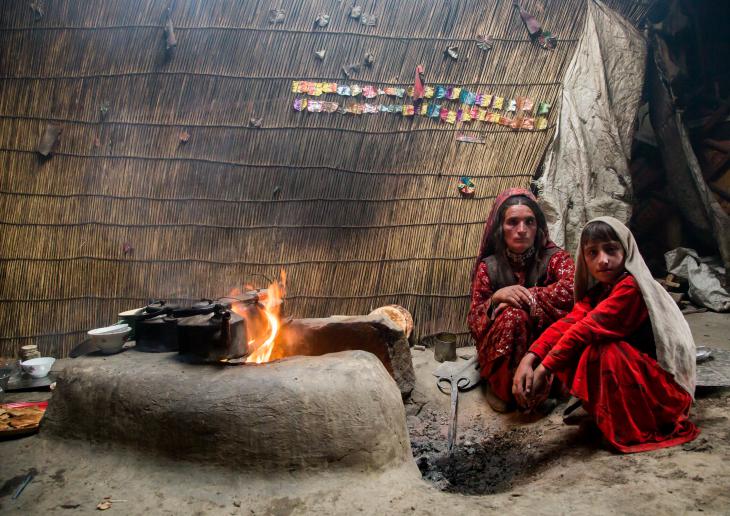 "They say that in the plain, peace has returned and tourists are back in Afghanistan. I hope that many of them will come and visit us to discover our culture" 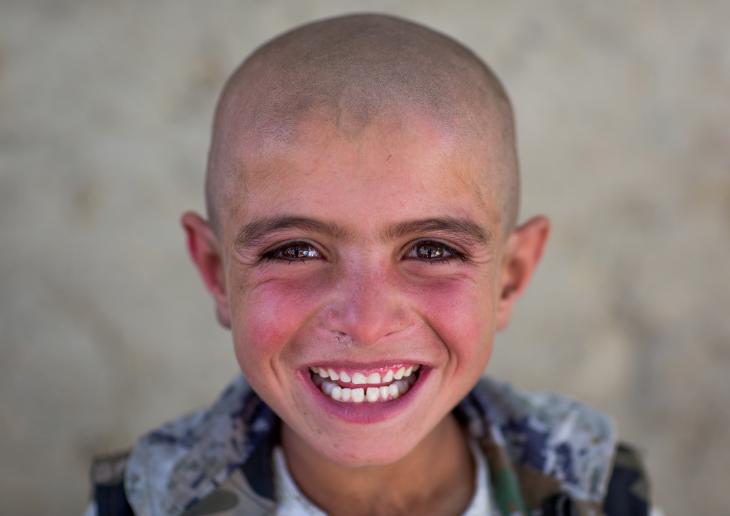 This smile should not distract from a cruel reality: only one in four children reaches the age of 5 in Afghanistan while life expectancy is 50 years. 3,500 people died in attacks or fighting in 2015