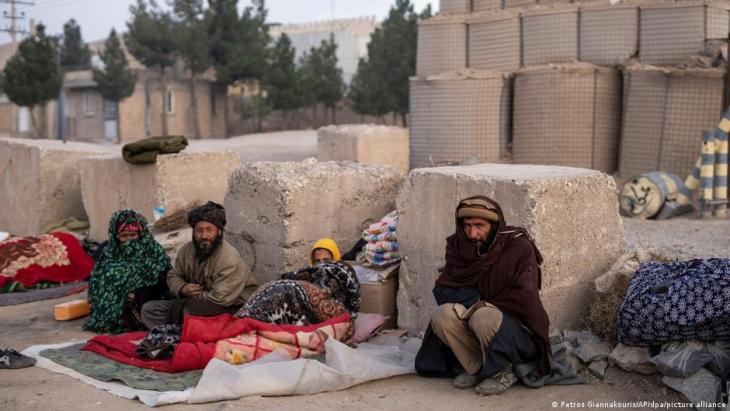 As the Western world emerges from a holiday season made less festive by COVID-19, millions of children in Afghanistan are starting 2022 facing the prospect of famine, illness, and a lost education. Yet the same governments now rushing to apply humanitarian bandages to Afghanistan’s open wounds are steadfastly refusing to switch on the economic life-support systems needed to avert catastrophe. By Kevin Watkins

Even before the Taliban returned to power last August, Afghanistan topped the global roster of humanitarian emergencies. Successive droughts and escalating conflict had left one-third of the country’s population facing acute food insecurity. Aid agencies warned that they were in a race against time as winter approached. Now, the United Kingdom’s Disasters Emergency Committee believes that the race is close to being lost.

The numbers are harrowing. Some 23 million people in a country of 39 million are in a state of humanitarian emergency. The United Nations Children’s Fund (UNICEF) estimates that over one million Afghan children are at risk of dying from malnutrition and hunger-related disease.

Human development is in freefall as the gains of the last two decades unravel. The donor-financed Sehatmandi health programme, which provides vital child and maternal health services across 31 of Afghanistan’s 34 provinces, is under immense pressure, putting fragile gains in child survival at risk. An education system that had served nine million children, including 3.6 million girls, and provided employment opportunities to female teachers now is crumbling.

Some of the blame for Afghanistan’s unfolding crisis rests squarely with the new Taliban government. Policy-making is mired in abject confusion and factional disagreements have stymied the humanitarian response. The decision to prohibit girls from attending secondary school, which the Taliban now denies is official policy, undermines the national self-interest, while mixed messages on women’s employment have compounded poverty.

But government incompetence is only part of the story. When the Taliban took power, the foreign aid that financed three-quarters of all government spending was stopped overnight, leaving millions of teachers, health workers, water and sanitation engineers and public officials unpaid. The entirely predictable collapse of social infrastructure has fuelled the humanitarian catastrophe. 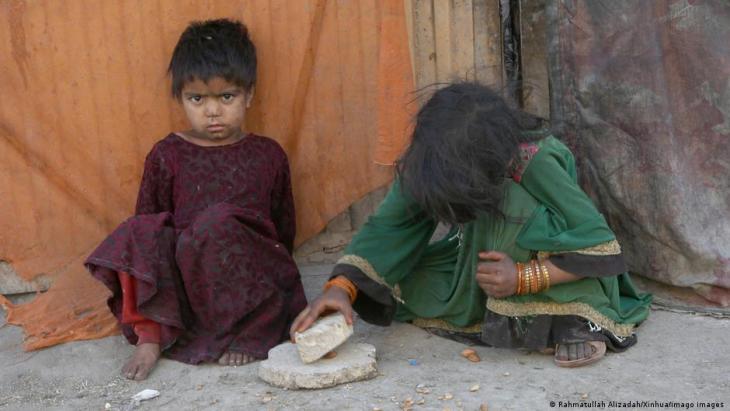 After two decades of war in Afghanistan, the international community must now unite to win a fragile peace. It should start by ending an economic and financial freeze that is destroying lives and robbing a generation of children of hope

In the name of denying the Taliban recognition, Afghanistan has been subjected to an economic blockade. The U.S. has frozen $9 billion of Afghanistan’s foreign-currency reserves and invoked sanctions legislation to prevent banks from transferring funds to the country.

Citing “guidance from the international community” (which means strictures from the United States and Europe) the International Monetary Fund suspended a planned emergency loan and withheld access to a new issue of special drawing rights, the Fund’s reserve asset. Support through the World Bank-administered Afghanistan Reconstruction Trust Fund, which had been the largest funding source for the government budget, has all but dried up.

The consequences have been entirely predictable. According to the IMF, the Afghan economy is set to contract by around a third. The banking system has all but collapsed, leaving businesses without capital and farmers without markets. Liquidity has been sucked out of the economy, destroying livelihoods. Inflation is rampant, while currency devaluation has left the country unable to finance imports of medicine, machinery, and food. Over half the population already was living on less than $1.90 a day – the international poverty line – before the Taliban takeover. That figure now could surge to a world-beating 97%.

Band-aid on a bullet wound

The UN has responded to the crisis by issuing a “flash appeal” for humanitarian aid. Donors have now pledged over $1 billion. But even if the money arrives, it will only be a band-aid on a bullet wound. Without economic recovery and restored public services, Afghanistan will become trapped in a downward spiral of hunger, poverty, and human-development reversals.

Beyond a desire to punish the Taliban, the motives behind the economic blockade are unclear. Western governments have insisted on a representative government that guarantees a broad spectrum of human rights, many of which were not upheld by previous Afghan governments. Meanwhile, sanctions designed to counter an insurgency are now being applied to a country in crisis. There is no sign that the Taliban is responding to pressure.

As the situation has worsened, Western governments have dragged their feet. The UN Security Council has adopted a resolution allowing organisations a bit more space to deliver humanitarian aid without violating sanctions. But the sheer scale of the crisis demands a surge in development financing. As China has argued, the IMF and the World Bank should be instructed to resume operations, with a focus on the provision of safety nets, health financing and payment of teachers. The idea that fragmented humanitarian projects can bypass the state is a fiction that will cost lives.

Demonstrating solidarity with Afghan people, especially the women, girls and minorities whose basic freedoms are under threat, is a human-rights imperative. Yet withholding aid and enforcing an economic blockade that is pushing the country into famine, creating near universal poverty and destroying hard-won development gains in education, is as morally indefensible as it is politically short-sighted.

Western governments urgently need a plan for supporting recovery that goes beyond humanitarian aid. The U.S. should unfreeze Afghanistan’s foreign-currency reserves. Sanctions regimes should be amended to facilitate non-humanitarian aid, the recovery of the country’s banking system, and the operations of Afghanistan’s central bank.

None of this implies full normalisation of diplomatic relations. But it does require recognising the simple fact that no credible alternative to the Taliban exists. Whatever their theocratic instincts, pragmatists know that aid is vital to social and economic recovery. That constitutes a basis for dialogue. Instead of issuing unenforceable edicts, Western governments should set clear conditions for long-term support, starting with the protection of women’s rights, recognition of the rights of girls to education at all levels, and the reopening of secondary schools.

Inevitably, some will argue that restoring aid to Afghanistan will give succour to a brutal regime that is constitutionally hostile to Western values. Perhaps it will. But how would those values be defended if, in a bid to punish the Taliban, Western governments allowed people to starve, public-health systems to collapse, and Afghan children – including millions of girls – to be robbed of the hope that comes with education?

After two decades of war in Afghanistan, the international community must now unite to win a fragile peace. That means ending an economic blockade that is violating vulnerable Afghans’ human rights no less than the edicts of armed religious zealots are.

Kevin Watkins, a former CEO of Save the Children UK, is a visiting professor at the Firoz Lalji Institute for Africa at the London School of Economics.

Since returning to power in Afghanistan, the Taliban have steadily eroded the rights and opportunities of women and girls, particularly their access to education. But Afghans are ... END_OF_DOCUMENT_TOKEN_TO_BE_REPLACED

Since seizing power in mid-2021, the Taliban have continued to restrict the rights of Afghan women and girls. At the end of 2022, they banned women from attending higher education ... END_OF_DOCUMENT_TOKEN_TO_BE_REPLACED

German imams have publicly expressed their solidarity with the women of Afghanistan. In a letter of protest, the clerics say that the Taliban regime's decree barring women from ... END_OF_DOCUMENT_TOKEN_TO_BE_REPLACED

At the end of every year, the team at Qantara.de gives you a run-down of the ten most-read articles on the site over the past 12 months. Here is a quick overview of the stories ... END_OF_DOCUMENT_TOKEN_TO_BE_REPLACED

The "Weiter Schreiben" (Keep Writing) project promotes literature from war-torn and crisis-stricken regions and has, most recently, shone its spotlight on Afghanistan. Afghan ... END_OF_DOCUMENT_TOKEN_TO_BE_REPLACED

The Islamic Republic has been unable to quell the civil unrest that erupted three months ago, after Mahsa Amini died after being detained for violating hijab rules. Now the ... END_OF_DOCUMENT_TOKEN_TO_BE_REPLACED
Author:
Kevin Watkins
Date:
Mail:
Send via mail

END_OF_DOCUMENT_TOKEN_TO_BE_REPLACED
Social media
and networks
Subscribe to our
newsletter