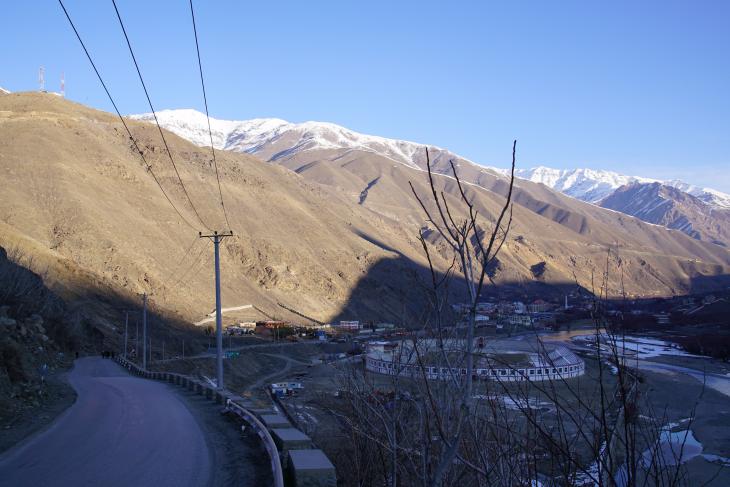 The Panjshir ("five lions") is a mountain valley about 150 kilometres north of Kabul, famous for its scenic beauty and its proud inhabitants. The area is named after a legend of five brothers who, during a flood in the 10th century, are said to have held back the waters of a great river that once flowed across the valley from west to east. Today, access to the Panjshir is via a newly metalled road 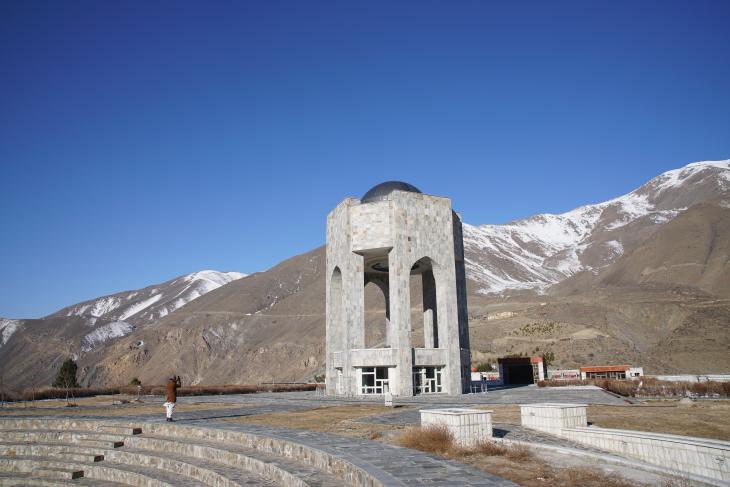 In place of the legendary five brothers, only one is known today as the "Lion of Panjshir" – guerrilla commander Shah Massoud, leader of the Afghan Tajik resistance against the Soviets back in the 1980s. Today, the mausoleum of the national hero, which is located on a hill overlooking the valley, is a national tourist attraction 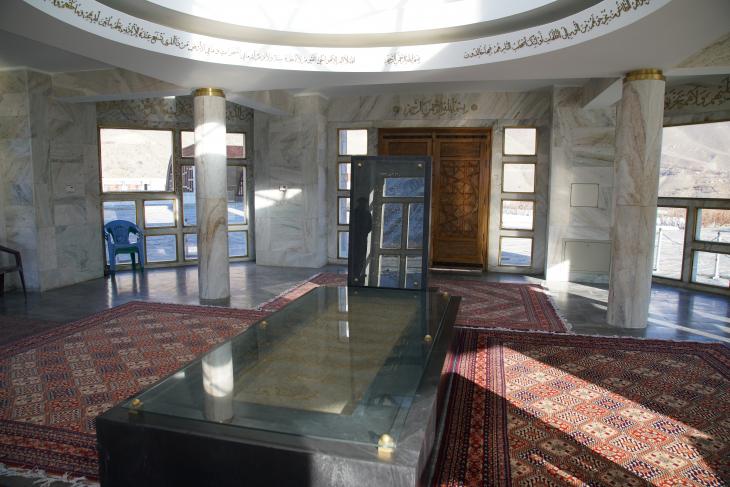 Shah Massoud, who is sometimes compared to Che Guevara, was killed in an al-Qaida attack in 2001 just two days before 9/11. To this day, a large proportion of Afghans are united in their veneration of Massoud as a figurehead of the Afghan resistance. Every year on the anniversary of Massoud's death, thousands make a pilgrimage to his grave to honour his legacy 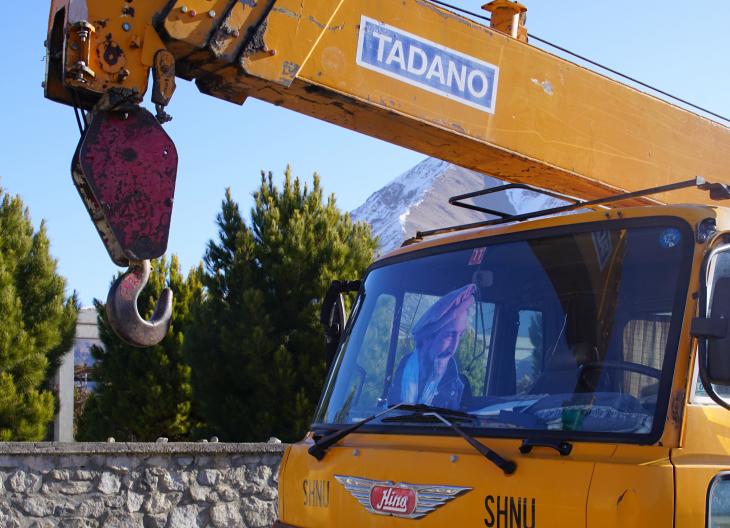 Massoud's likeness can be found not only in the Panjshir Valley – as on this construction crane – but also in the streets of major Afghan cities. He has come to represent the values of bravery, honour and incorruptibility that are cherished in Afghan culture 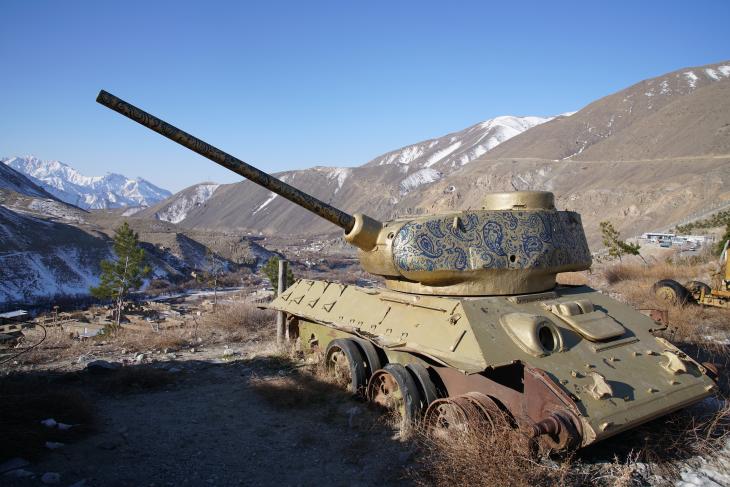 Like many places in Afghanistan, the Panjshir Valley is littered with legacies of the long years of war, such as this Soviet tank that has been turned into an objet d'art 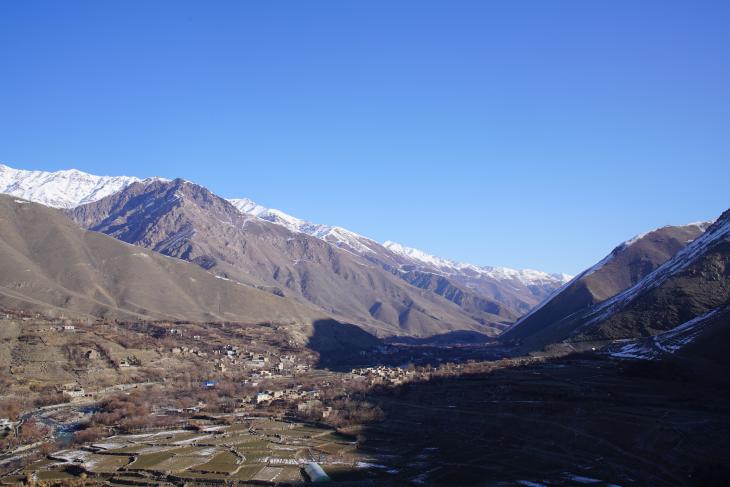 Owing to its isolated location and its reputation as a bastion of martial resistance, the Panjshir Valley is one of the few regions never to have fallen under Taliban control. To this day, many Panjshiris remain proud of their independence and resilience 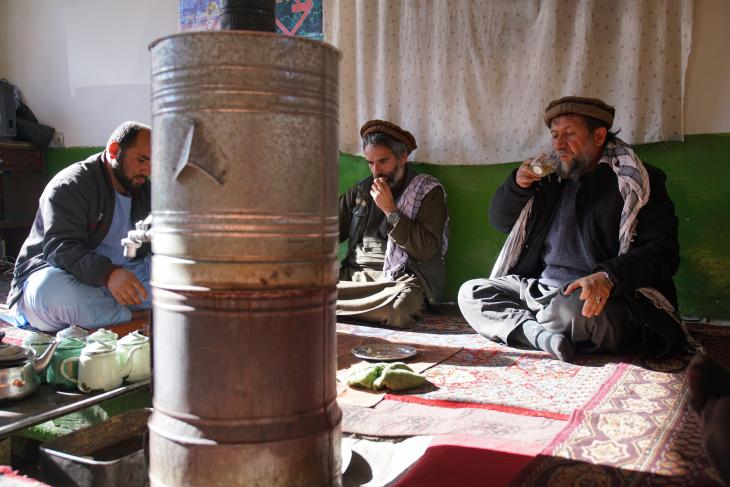 As men gather around a wood-burning stove in a teahouse near Bazarak, people complain about the economic situation – even though, according to surveys by the Asia Foundation, the 350,000 inhabitants of the province are far happier with their living conditions than Afghans in other regions 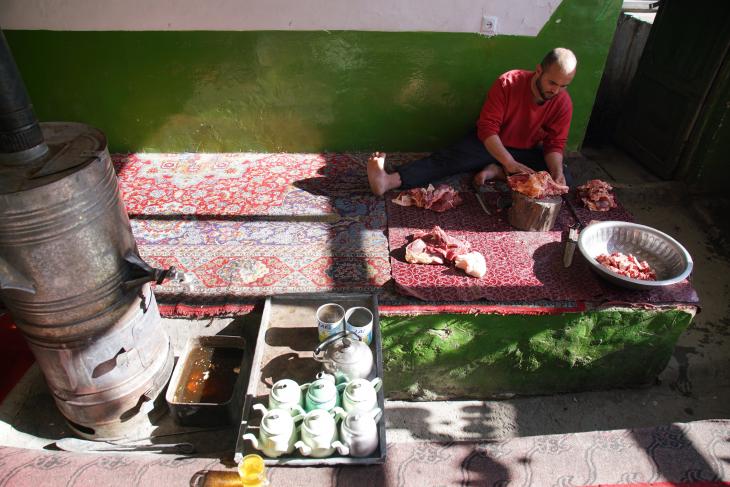 A large proportion of young Panjshiris move to Kabul or overseas to study or find work. In addition to traditional jobs such as butchery, employment opportunities in the Panjshir Valley revolve around the mining sector. The area is known for its wealth of gemstone deposits, including 172 emerald mines alone 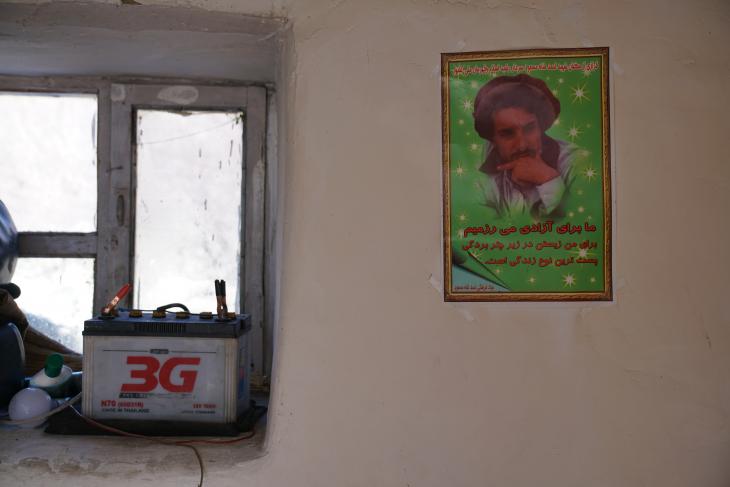 While the spare battery on the windowsill of the teahouse serves as a reminder of present-day infrastructure problems, posters evoke the heroism of the past, as here with a quote from Shah Massoud: "We fight for freedom – For me, living under the umbrella of slavery is the lowest way to live" 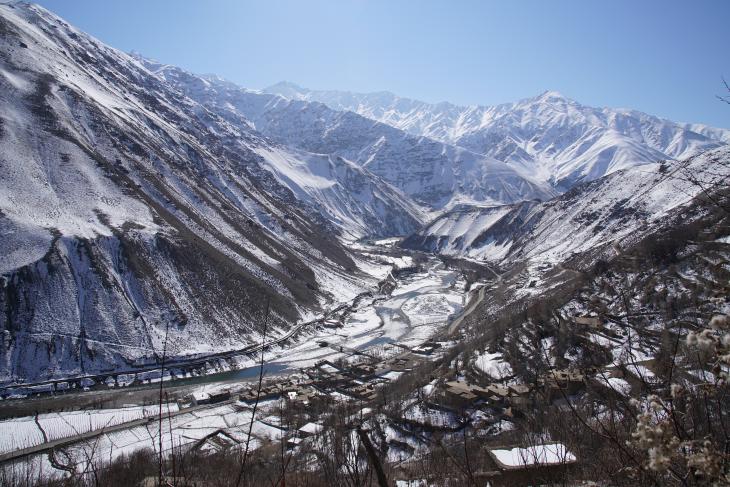 Some of the more remote villages of the Panjshir Valley are cut off from the outside world for months in winter. More and more Kabulis, fleeing air pollution and overcrowding in the city, descend on the valley for weekend excursions. The province is one of the few safe regions suitable for domestic tourism 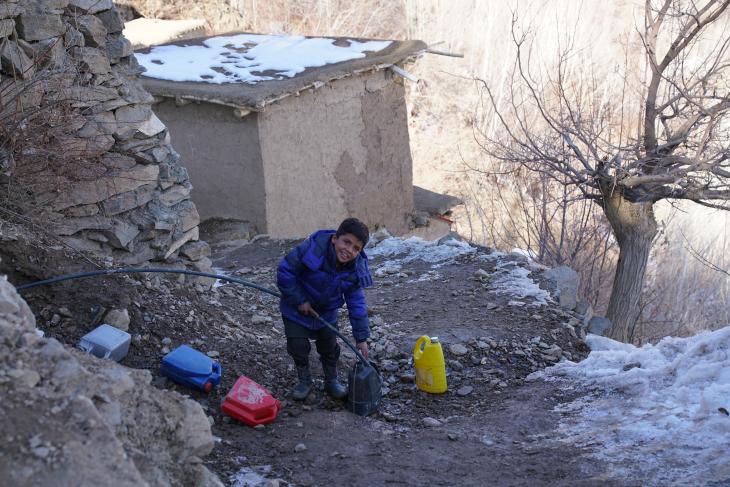 Water remains a challenge for residents of the Panjshir Valley. This boy fills old motor oil cans with drinking and washing water for his family 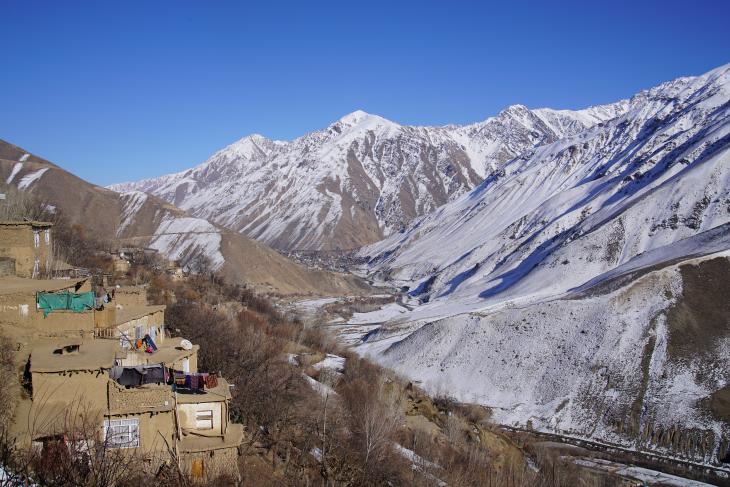 In many places, the valley is so narrow that houses nestle against the mountainsides, as here in the small town of Khenj. Even though wealthy city dwellers have now built their villas near the river, traditional mud brick architecture is still prevalent in the villages

END_OF_DOCUMENT_TOKEN_TO_BE_REPLACED
Social media
and networks
Subscribe to our
newsletter