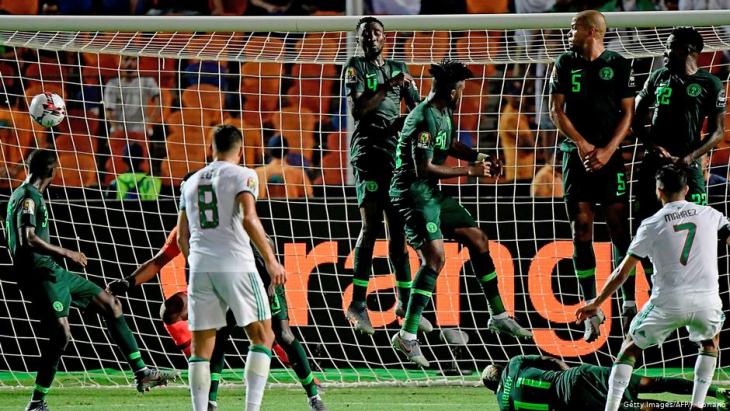 This evening, Algeria will play Senegal in Cairo International Stadium in the final of the 2019 Africa Cup of Nations. Joseph Hammond takes a look at how the football championship has unfolded for Egypt and its relevance for the country, which was not originally slated to host the competition at all

During the 2019 Africa Cup of Nations semi-final match between Algeria and Nigeria, some Algerian fans chanted passionately for a player who wasn't on the pitch and indeed had long played for one of their biggest rivals. The chants were in solidarity with Mohammed Aboutrika. In 2013, the Egyptian football star spoke out against the coup which toppled Egypt's first democratically elected government. In 2015, the government of Egyptian President Abdul Fattah al-Sisi labelled him a terrorist.

For Egypt, the host of the 2019 Africa Cup of Nations, the Algerian chants were an embarrassing moment in a country where public speech is tightly controlled. According to Algerian media, Sisi's government has deported several Algerian fans for attempting to use political banners.

But Algeria's very presence in the final against Senegal is another source of embarrassment to Egypt as the two countries account for what is perhaps the greatest rivalry in African football. In 2009, a match between the two teams in Khartoum resulted in rioting there and in Algeria. Egypt even recalled its ambassadors in response.

Egypt's football fans have been at the forefront of its revolutionary politics in recent years. During the 2011 Arab Spring and subsequent street battles, Egypt's football ultras were often in the vanguard. The deadly riot at Port Said Stadium in February 2012, in which Egyptian security forces stood by while the Ahly Ultras were attacked, was interpreted by many football fans as revenge for the role played by their supporters in toppling President Hosni Mubarak. Last year the Egyptian government succeeded in getting the ultras sections of Egypt's two most popular clubs (al-Ahly and Zamelek) to publicly disband. 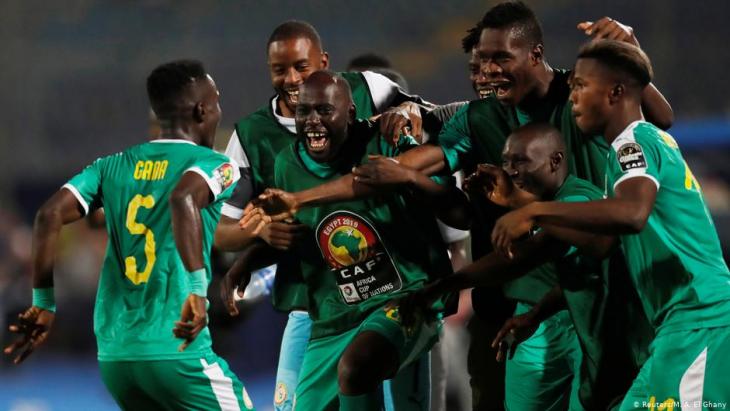 The 1-0 loss to the Republic of South Africa early in the tournament was the worst loss in Egyptian football history. For Egypt – the team with the best record in the tournament's history, even winning an unprecedented treble between 2006 and 2010 – it was quite a shock to be eliminated in the first round. The night after Egypt's elimination, a visit to Alexandria's Tivoli Dome, a new commercial development located on an artificial jetty jutting out into the Mediterranean Sea, found many Egyptians watching a replay of the match with looks of resignation. Other cafés had switched to showing basketball, a sport whose popularity is rising.

Alexandria is also home to the impressive Burg Al Arab Stadium, which was built by Egyptian military engineers. It is the second-largest stadium in Africa and located near an international airport and hotel facilities. Yet it was not used for the 2019 Africa Cup of Nations. Instead, matches in Alexandria were played in an older stadium downtown.

This may be simply due to the hasty way in which the tournament was organised: after all, Egypt stepped in to host the tournament at the last minute. In November 2018, the Confederation of African Football (Caf) stripped Cameroon of its right to host the tournament. The country had fallen behind in its tournament preparations. There were also security concerns given that the country faces an Anglophone insurgency in the south and attacks from Boko Haram terrorists in the north. In 2010, Togo's national football team was caught in the crossfire between Angolan government forces and Cabinda nationalists. Several people were killed in the attack. Since then, security has been of high importance. So far, however, the most serious unrest brought by the 2019 Africa Cup of Nations has occurred in France, where hundreds were arrested following Algeria's semi-final win over Nigeria. 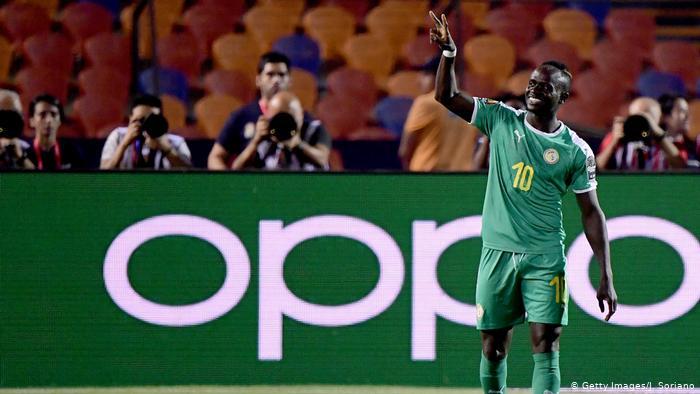 Senegal star Sadio Mane told France Football before the tournament started that winning the tournament would be his "biggest and most crazy dream," adding that he'd even be willing "to swap a Champions League to win an Africa Cup of Nations"

The economic benefits of hosting the tournament with empty stadiums seems unclear, although this year's expanded tournament of 24 teams meant there were more matches, which means more TV advertising. However, there were political benefits: Egypt's hosting of the tournament without serious protests will further highlight Sisi's grip on the country.

The tournament also comes as President Sisi has angled to take on a larger role in African affairs. Al-Sisi currently holds the chairmanship of the African Union. This year, Egypt also successfully lobbied to host a new African Union space agency that will be located in "New Cairo" a massive real estate development located nearly 30 miles from Cairo that will require nearly $60 billion dollars in funding. Critics say that money would be better spent on improving infrastructure and quality of life for people in Cairo than in what many already call "Sisi City".

Even though Egypt will not play in the final of the Africa Cup of Nations, Egyptian soccer star Mohammed Salah will certainly be on television screens. The Liverpool forward will feature in various television advertisements. Indeed, in other tournament broadcasts, Salah's image was often used in back-to-back commercials, making it unclear what product he was pitching.

In last year's presidential election, over 1 million Egyptians reportedly voted for Mohammed Salah – although he didn't even stand as a candidate. Egypt's President Sisi was officially elected with over 97% of the official vote. Salah, however, may want to ensure his star doesn't rise to quickly in Egypt – as the case of Mohammed Aboutrika demonstrates.

Recep Tayyip Erdogan, disappointed by the European Union’s reluctance to integrate Turkey into its ranks, has re-directed his country’s diplomacy toward the Maghreb and Africa to ... END_OF_DOCUMENT_TOKEN_TO_BE_REPLACED

Using a graphic novel to address a contentious issue like the Algerian war of independence may seem an odd choice, but new release "Algeriennes", translated into English by Ivanka ... END_OF_DOCUMENT_TOKEN_TO_BE_REPLACED

Since February 2019, millions of Algerians have been demonstrating against the government. They first took to the streets to demand more democracy and protest the renewed ... END_OF_DOCUMENT_TOKEN_TO_BE_REPLACED

The Algerian state's insufficient response to a recent spate of femicides has driven hundreds of women to defy coronavirus lockdown restrictions to take part in street protests, ... END_OF_DOCUMENT_TOKEN_TO_BE_REPLACED

EU parliamentarian Dietmar Koester criticises the Union's failure to speak up when faced with human rights abuses committed by its Middle Eastern allies, while pointing out that ... END_OF_DOCUMENT_TOKEN_TO_BE_REPLACED

On the 10th anniversary of the Arab Spring we can’t quite escape that substance called remembrance. Yet, eschewing facile modes of nostalgic remembrance and/or tragic lamentation ... END_OF_DOCUMENT_TOKEN_TO_BE_REPLACED
Author:
Joseph Hammond
Date:
Mail:
Send via mail

END_OF_DOCUMENT_TOKEN_TO_BE_REPLACED
Social media
and networks
Subscribe to our
newsletter