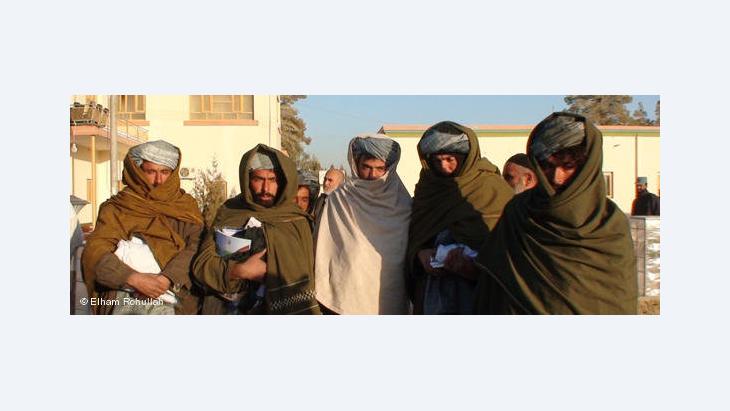 Time to Talk to the Taliban?

﻿The killing of al Qaeda's leader dealt a major blow to the terrorist network. Now the time is ripe, a leading Afghanistan expert and Germany's diplomatic point man agree, for the West to talk to the Taliban. Jefferson Chase reports

The Taliban and al Qaeda may both follow radical Islamist beliefs, and the former may have tolerated al-Qaeda leader Osama bin Laden in Afghanistan around the time of the September 11, 2001 terrorist attacks, but the two are very different entities.

Contrary to the common conflation of the groups, the Taliban are a local, nationalist insurgency whereas al Qaeda is a pan-Muslim movement aimed against the West in general. With the removal of bin Laden, those differences could become further accentuated.

"There was never an organizational loyalty between the Taliban and al Qaeda," renowned Pakistani journalist and author Ahmed Rashid said at a podium discussion hosted by the German Society for Foreign Policy (DGAP) recently in Berlin. "In fact, Osama bin Laden swore personal loyalty to the Taliban. So the Taliban do not need to carry on a relationship with al Qaeda."

Rashid said bin Laden's death would unleash a leadership struggle within al Qaeda, and that the West should move quickly to encourage the Taliban to fully renounce the terrorist network.

"The Taliban have long been frustrated at being lumped in with al Qaeda," Rashid said. "What we have now is a real opportunity with the Taliban." 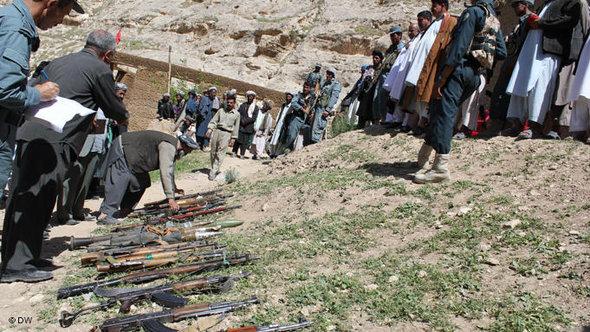 "The Taliban have long been frustrated at being lumped in with al Qaeda," Ahmed Rashid says. Some former Taliban fighters have recently turned in their weapons

​​One of the most significant milestones on a potentially new path is an international conference, to be chaired by Afghanistan, that is scheduled for December in Bonn, Germany. The choice of locations is hardly accidental. In 2001, after the United States overthrew the Taliban, prominent Afghans met under UN auspices in Bonn to lay out the future of the country.

The results of that meeting, and indeed the government under Hamid Karzai that has been in power in Afghanistan since, have been heavily criticized for being ineffective and for excluding a number of parties that should have been involved. Participants in the 2011 Bonn conference will be hoping to get it right where their predecessors got it wrong.

But is it really possible for the West to negotiate with a group like the Taliban?

There is no question that profound conflicts exist, in terms of both interests and basic values, between Western nations and the Taliban. And no one expects that increased efforts toward dialogue will significantly diminish violence between Western military forces in Afghanistan and the insurgents any time soon.

But for Rashid and his co-panelist at the DGAP discussion, German Ambassador and Special Envoy on the Situation in Afghanistan Michael Steiner, there is no alternative to talking to the Taliban. 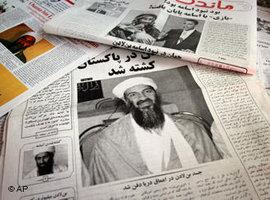 Bin Laden's death could be a turning point in Afghanistan

​​"There will be no military solution," Steiner said. "And if you want a political solution, you have to have it with the enemy."

Rashid said the West could not expect the Karzai government alone to be the guarantor for peace in Afghanistan, which would allow the US and other Western nations to bring home their troops. The US and its allies have set themselves a target date of 2014 to withdraw their forces and hand over full control to an Afghan military.

"The idea of an orderly transfer of power to a corrupt Afghan government in the midst of a civil war is absurd," Rashid said. "The transition has to be part of a political solution, which means talking to the Taliban."

Rashid added that it was difficult to say what the Taliban would demand and what concessions the hardline Islamist insurgents might be prepared to make, if they were given a seat at the negotiation table. But he said it was important for Western diplomats to sound out the possibilities in the run-up to the Bonn conference.

Steiner added a caveat, saying the talks would have to be generally inclusive. "An agreement between Karzai and the Taliban wouldn't be enough," Germany's chief envoy in the region said. "All segments of Afghan society need to be involved."

Balancing the issues of Afghanistan's myriad ethnic groups and interests will be a difficult enough task as it is. But bringing an end to violence by the Taliban will also require solutions that go beyond Afghanistan's borders.

One difficulty faced by US-led military troops in fighting insurgents is the ability of Taliban fighters to retreat into the so-called tribal areas of Pakistan. There are also numerous Pakistani Taliban groups discrete from but linked to the Afghan Taliban.

And the fact that Osama bin Laden had been hiding near the Pakistani capital and not in Afghanistan when he was killed again underscored the fact that Pakistan is hardly the world's most reliable ally. 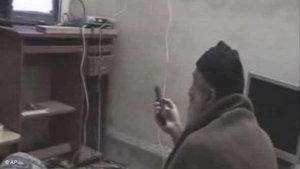 "The biggest crisis the West faces is trying to get Pakistan to come straight." Officials in Islamabad now have to answer who knew what about bin Laden

"Pakistan is still in a state of denial about Osama bin Laden," Rashid said. "No one, including the president and the army, wants to take responsibility. The biggest crisis the West faces is trying to get Pakistan to come straight."

But Rashid and Steiner also suggested that the publicity generated by bin Laden's killing, and the questions that are now being asked about Islamabad, might allow the West to increase pressure on the Pakistani government. This could in turn be instrumental in getting Taliban leaders to the bargaining table.

Both men also stressed that any solution to the ongoing violence in Afghanistan would need international support from not just the US and Pakistan, but India, Iran, Russia and China as well.

Osama bin Laden's death, the experts agree, represents a potential game-changer for Afghanistan and the surrounding region. But a lot of hard work needs to be done, if there is any real progress to be made in Bonn late this year.