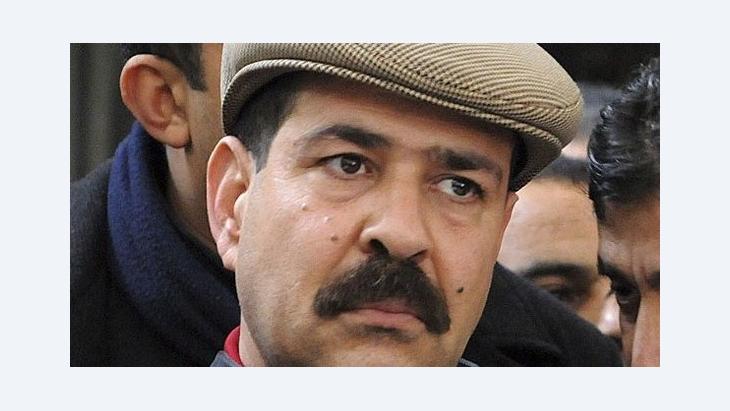 After the Assassination of Chokri Belaid
Searching for the Ringleaders

﻿The Leagues for the Protection of the Revolution are considered to be the prime suspects in the case of the assassination of the well-known Tunisian opposition politician Chokri Belaid. However, it is also possible that Salafists or networks of members of the security forces from the Ben Ali era could also be responsible for the attack. Beat Stauffer reports

In the wake of the assassination of Chokri Belaid, the Secretary-General of the Democratic Patriots Party, which was only formed last August as a result of the merger of two left-leaning splinter parties, support for Tunisia's ruling Ennahda party would appear to be waning.

While statements made by the victim's family, blaming the Islamist party for the murder, may have contributed to this drop in support, even the staunch denials of Ennahda's party leader, Rachid Ghannouchi, and Prime Minister Hamadi Jebali, that they had the slightest thing to do with the murder have obviously not been able to change the attitude of the people. 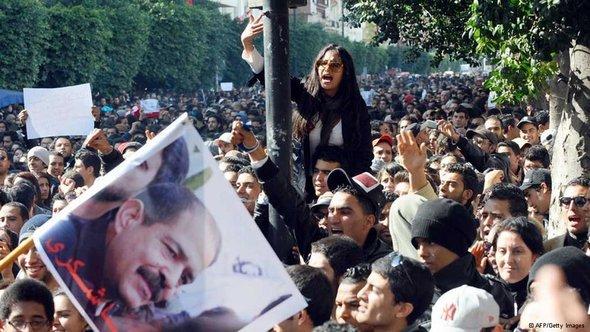 Outrage in Tunisia: large groups of people gathered not only in Tunis, but also in other major cities across the country for a second day running to protest against the assassination of Chokri Belaid; the opposition has called for a general strike

​​As far as the secular camp and most independent observers are concerned, it is clear that Ennahda bears at least an indirect responsibility for this political assassination. After all, the ruling party in Tunisia has always defended the Leagues for the Protection of the Revolution, which are strongly suspected of having committed the crime, and has flatly rejected all calls to dissolve them.

The accusation that the Leagues for the Protection of the Revolution were responsible for the murder does not come out of the blue. In mid October 2012, the local representative of Nidaa Tounes ("Call of Tunisia"), a new movement under the leadership of former prime minister Béji Caid Essebsi, was attacked and beaten to death in the city of Tataouine in southern Tunisia. While it was initially claimed that a heart attack caused by stress was responsible for the regional politician's death, it has since been confirmed that the man died as a result of injuries sustained during the attack by members of the local league.

This first political assassination of a regional politician was followed by major protests against the Leagues for the Protection of the Revolution across the country. However, neither Ennahda nor the Minister for the Interior considered it appropriate to exercise greater state control over the leagues. They even categorically rejected the ban that secular parties called for.

This attack would not be the last. On 22 December 2012, members of the local Leagues for the Protection of the Revolution on the island of Djerba attacked a Nidaa Tounes gathering, blocking the congress centre for several hours at a time. It was only with great effort that the police managed to bring Béji Caid Essebsi, the 85-year-old leader of the party, to safety. Essebsi himself has repeatedly spoken of receiving death threats on a regular basis. Today it seems evident that there were serious intentions behind these threats.

It is also highly likely that members of the leagues were responsible for violent riots in front of the headquarters of the UGTT trade union in downtown Tunis, during which dozens of people were injured. They have also regularly attacked gatherings of secular parties and trade unions across the country. 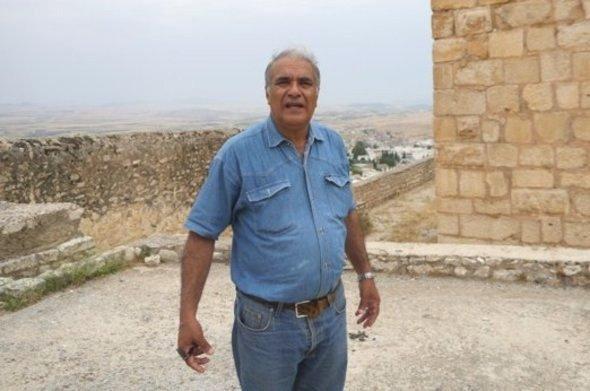 Are the leagues the long arm of the Ben Ali regime? The Tunisian historian Mohamed Tlili believes that functionaries from the former ruling party, the RCD, have joined the Leagues for the Protection of the Revolution in the hope of being able to restart their political careers

​​According to the Tunisian press agency TAP, the most recent attack took place on Sunday, 3 February 2013 in the city of El Kef not far from the Algerian border. During this attack, members of the leagues attacked an event organized by the Democratic Patriots Party, injuring 11 people, including Chokri Belaid.

In a programme broadcast on the television channel Nessma on the eve of his assassination, Belaid himself actually voiced severe criticism of the leagues and accused Ennahda of not only tolerating their violence, but also actively supporting it. He claimed that it was part of Ennahda's political strategy to incite violence against its political opponents. In this context, he also told of the death threats he regularly received via social media.

The armed wing of Ennahda?

To most observers, it is now clear that the Leagues for the Protection of the Revolution have close ties with Ennahda, are deployed by the party in a targeted manner, and are financed by it, although the party has officially pledged itself to non-violence and likes to portray itself as a moderate force.

Speaking to Qantara.de, Mohamed Tlili, historian and lecturer at the University of Jendouba, said that the leagues are undoubtedly the "armed wing" of Ennahda. The opposition politician Iyed Dahmani has also made similar statements. Journalist Haythem El Mekki says that it is easy to find evidence of the close relationship between Ennahda and the Leagues for the Protection of the Revolution: prominent members of the leagues go in and out of the headquarters of the ruling party in the Berges du Lac district on a daily basis.

Ennahda itself is tight-lipped about its actual relationship with the leagues. That being said, it was only recently that Ennahda party leader Rachid Ghannouchi gave them the honorary title of "conscience of the revolution". What's more, other high-ranking Ennahda officials have pledged their solidarity with the leagues, which are now organized at national level. The leagues, they have said, were helping to advance the "unfinished revolution". The Leagues for the Protection of the Revolution also received support from prominent members of the Congrès de la République Party, e.g. from the lawyer Mohamed Abbou.

But who is behind the Leagues for the Protection of the Revolution? In the weeks and months after the revolution, concerned citizens joined forces to protect their districts against looting and to prevent counter-revolutionary acts, explains Samir Rabhi, spokesperson for the "High" revolutionary commission, which has since been dissolved. 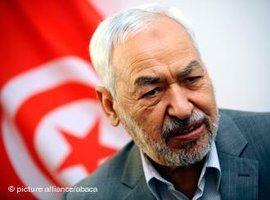 Dwindling faith in Ennahda party leader Rachid Ghannouchi: many in the secular camp and most independent observers believe that Ennahda bears at least an indirect responsibility for the political assassination of Chokri Belaid

​​Once the elections had taken place, there was no longer any reason for these leagues to exist. Several observers agree that the leagues, which started out as citizens' action groups, were infiltrated by Ennahda activists only a few months after the revolution and are now tools in the hands of the Islamists.

Mohamed Tlili highlights another aspect: since the establishment of the leagues, several functionaries of the former ruling party, the RCD, have joined their ranks in the hope that the leagues would provide them with a gateway into a new political future. In his last television appearance, Chokri Belaid, the assassinated left-wing politician, even claimed that the leagues had hired "construction workers" to violently disrupt his party conference in El Kef. There is often talk that hooligans have found a new sphere of activity in the leagues.

The leagues themselves have been conspicuous in their silence; they seem to prefer to operate in the shadows. The only message seeping out is that they seek to defend the revolution, strengthen Arab-Islamic identity, and to fight corruption. Nothing is said about why these objectives cannot be pursued at a political level.

While it cannot at present be excluded that Salafists or networks of former members of Ben Ali's security forces were behind the assassination of Belaid, the leagues are at present considered the prime suspects. They are a serious problem not only for Ennahda, but also for the party of the Tunisian president, Moncef Marzouki. If they are indeed found to be responsible for the assassination of Belaid, there would be no alternative but to dissolve them.

Tourists have been returning to Tunisia, Egypt and Morocco. But, given the global uncertainty caused by the Ukraine war, will the comeback be enough to save a struggling sector, ... END_OF_DOCUMENT_TOKEN_TO_BE_REPLACED

By 2050, the Middle East and North Africa could be dealing with many more elderly people suffering from dementia. A lack of facilities, specialists and local knowledge means the ... END_OF_DOCUMENT_TOKEN_TO_BE_REPLACED

Tunisians are set to vote on a new constitution on 25 July. The prominent lawyer and women's rights activist Yosra Frawes fears the referendum could facilitate a return to ... END_OF_DOCUMENT_TOKEN_TO_BE_REPLACED

END_OF_DOCUMENT_TOKEN_TO_BE_REPLACED
Social media
and networks
Subscribe to our
newsletter