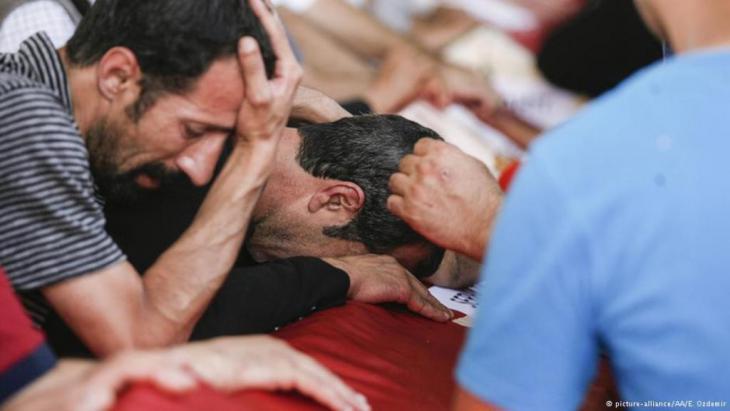 After the attack in Suruc

After a decade of relative calm, terror has returned to Turkey. The country has now decided to fight this terror on two flanks simultaneously. According to Rainer Hermann, this escalation could have been avoided

For a decade, Turkey was largely free of terrorism. Now it has returned on two flanks simultaneously. Early last week, Islamic State carried out its first attack in Turkey in the border town of Suruc. Until then, IS had spared Turkey its terrorist attacks. Then, on Saturday, the Kurdish PKK revoked its ceasefire with the Turkish state after Turkish jets bombed PKK positions in northern Iraq. This spells failure for the peace process between Ankara and the Kurds, which has seen much encouraging progress in recent years.

This escalation could have been avoided. It seemed as though Turkey had learned lessons from its bloody past. One lesson from the 1990s was that the conflict with the Kurds could only be resolved politically, and not militarily. A second lesson was that it is dangerous to accept Islamists as a weapon against the Kurds. The Turkish state had supported the Turkish Hezbollah in the Kurdish south-east of the country with a view to putting a stranglehold on the PKK. This Hezbollah then went its own way and also terrorised its creators.

Now, peace and prosperity are again on the line. Turkey finds itself in a terrorist pincer grip.

On the one side is, once again, the battle between the Turkish state and the Kurdish movement. This is partly the responsibility of the PKK, which is not exacting revenge for the Suruc attack on IS, but on representatives of the Turkish state, which it accuses of collaborating with IS. It suits the PKK that with the changing of the guard at the helm of Turkey's General Staff in August, it will once again have an army chief as an opponent who regards the conflict with the Kurds as a military one.

The threat from IS

But the other arm of the terror pincer is more dangerous. IS expected that the deployment of a Kurdish suicide bomber in Suruc would divide Turkish society along Turkish and Kurdish lines. It was right. However, it also expected the new clash between the Turkish state and the Kurdish PKK to distract attention away from IS, thereby giving IS more room to manoeuvre. In this, it was wrong. On the contrary: Ankara is declaring war on IS. 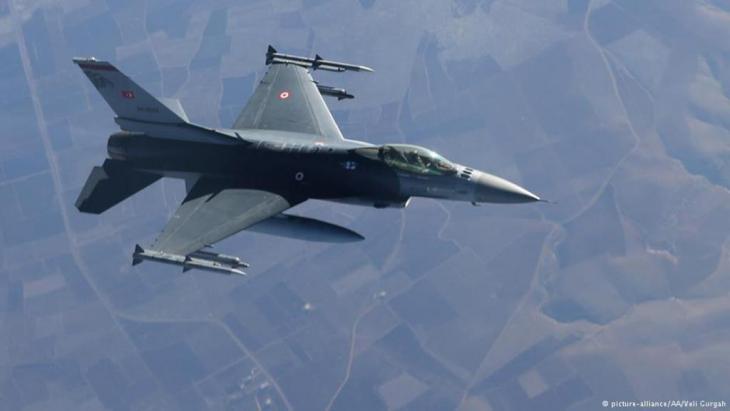 Previously, the IS lost strategically important border crossings leading to Turkey to the Syrian Kurds – in other words to the most successful ground troops fighting against IS. This meant that Turkey became less important to IS. At the same time, Ankara stepped up its campaign against IS fighters in Turkey. This jolted IS sleeper cells in Turkey into action. These cells are thought to number 7,000 sympathisers. For long time, the Turkish state viewed them as useful idiots. After all, they – just like Erdogan – want to see Bashar al-Assad ousted. And so, Ankara left them in peace.

The IS cells are also the continuation of the never totally eradicated Turkish Hezbollah which, ideologically speaking, differed little from the IS of today. The "Turkish Hezbollah" is the jihadist genie that has escaped from the bottle and has no intention of going back in. There is an acute danger that the group is preparing attacks in retaliation for Turkish air strikes.

A reborn Hezbollah could rise up against the Turkish state, form a Turkish offshoot of IS and cause chaos with suicide bomb attacks – also in Turkish cities. Previously, PKK terror was directed at Turkish state institutions. Today, IS terror is directed at the civilian population.

Turkey is being drawn into the Syrian civil war. That alone is bad enough, but it is also happening on Turkish soil. The conflict is spilling over into Turkey. President Erdogan could be the political winner in all of this. His AKP missed out on an absolute majority in the parliamentary election on 7 June. There are increasingly clearer indications on the horizon that a snap election could be called in order to correct this aberration.

Erdogan will argue that only a strong government can bring the chaos under control. If the AKP is to achieve an absolute majority this time, the Kurdish HDP must fail to clear the 10 per cent hurdle to enter parliament.

If Ankara succeeds in tarnishing the HDP's reputation as a party for peace, the gamble could pay off. However, the overall loser in a political game such as this would be Turkey.

As the photo of Fairouz talking to French President Emmanuel Macron spread around the world, many asked if Arabs today had any contemporary stars of Fairouz's standing. In this ... END_OF_DOCUMENT_TOKEN_TO_BE_REPLACED

The four short films produced as part of the "Women Make Film" project are well worth seeing. They grapple with the ghosts that haunt Iraq: the horrors of IS rule, outdated gender ... END_OF_DOCUMENT_TOKEN_TO_BE_REPLACED

Ten years after the start of the Arabellion in North Africa and the Middle East, many view the movement as a failure. But rather than being over, it has now entered a more mature ... END_OF_DOCUMENT_TOKEN_TO_BE_REPLACED

Conceived by Israeli journalist and rabbi Elhanan Miller, "People of the Book" is a YouTube project designed to provide information on Judaism in Arabic. Disarming prejudice with ... END_OF_DOCUMENT_TOKEN_TO_BE_REPLACED

The second volume of “Mit den Augen von Inana” (Through the Eyes of Inanna) is an impressive collection of purely female perspectives on modern Iraq, from the Saddam era through ... END_OF_DOCUMENT_TOKEN_TO_BE_REPLACED

Musicians from Morocco to Iraq have been crossing paths at the Oriental Summer Academy in south-western Germany for ten years. Matthias Wagner, who founded and directed the ... END_OF_DOCUMENT_TOKEN_TO_BE_REPLACED
Author:
Rainer Hermann
Date:
Mail:
Send via mail

END_OF_DOCUMENT_TOKEN_TO_BE_REPLACED
Social media
and networks
Subscribe to our
newsletter