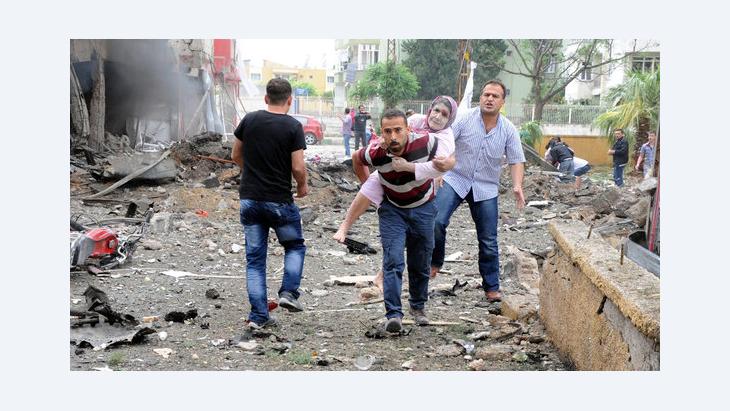 Whoever was responsible for the double bomb attack in the Turkish border town of Reyhanli last weekend, it is part of a perfidious strategy to show the Turkish people that their nation has long been involved in the battle over Syria's future. Commentary by Jürgen Gottschlich

The Syrian civil war has arrived in Turkey. Following the bomb attacks in Reyhanli, no one in Turkey is under any more illusions about the effects of the war in Syria. Hundreds of thousands of Syrians are currently in Syria, among them many armed fighters using Turkey as a retreat.

Reyhanli is a logistical centre for weapons supplies to Syrian opposition fighters, a situation that has also fuelled conflict between local people and armed members of the Syrian opposition.

Whoever was responsible for detonating the bombs last Saturday (11 May), the attacks are part of a perfidious strategy to show the Turkish people that their country has long been involved in the battle for the future of Syria. The Turkish government has for a long while been moving towards giving greater support to the Syrian opposition.

Squaring up to the Syrian regime

This week, Erdogan is set to call for the establishment of a no-fly zone during a trip to Washington and it appears likely that Ankara will soon massively increase its military support for allies in Syria – mainly the Muslim Brotherhood. 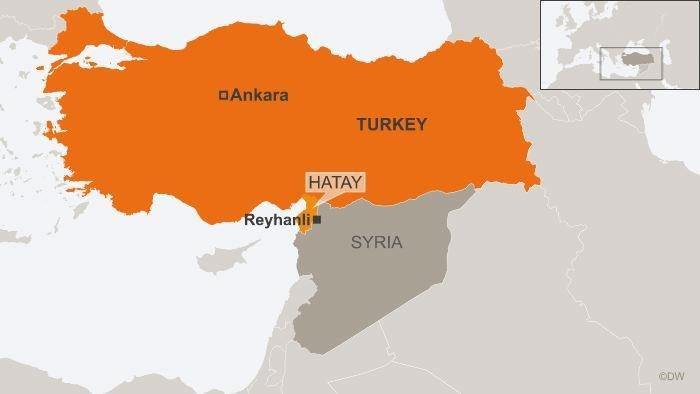 Widening the battle zone: The Syrian-Turkish border region has been a flashpoint in the past, but the bombings in Reyhanli are the deadliest attacks since the Syrian conflict began more than two years ago

​​But the bomb attacks also show that there are no more scruples in the battle for Syria. It is possible that the Turkish nationals arrested in connection with the bombings were indeed responsible, but the bombs could also just as easily have been planted by Islamist opposition fighters.

Turkey's secular opposition rightly fears that even the toppling of Assad will not put a swift end to the fighting, and that the Free Syrian Army is not a reliable partner. Erdogan, on the other hand, believes that the more Turkey gets involved at this juncture, the more clout it will have at a later date when deciding who takes charge of Syria. But such an approach by US President George W. Bush in Iraq turned out to be an error of judgment.

Millions in Idlib depend on aid coming through a northern border crossing. On 10 July, the UN Security Council votes whether to keep it open. The decision may hinge not only on ... END_OF_DOCUMENT_TOKEN_TO_BE_REPLACED

For a century, the Kurds and other minorities in Turkey have been subject to state repression. With his dissertation "The Kurdish Question in Turkey", political analyst Ismail ... END_OF_DOCUMENT_TOKEN_TO_BE_REPLACED

Syria, Egypt, Saudi Arabia and the UAE are among those countries increasingly misusing cybercrime legislation to silence dissent and curb freedom of speech. Could a new global ... END_OF_DOCUMENT_TOKEN_TO_BE_REPLACED

A new exhibition, "Syria – Against Forgetting", at Cologne’s Rautenstrauch-Joest-Museum focuses on Syria's artistic and cultural heritage and pays tribute to the country before ... END_OF_DOCUMENT_TOKEN_TO_BE_REPLACED

This year’s Morgenland Festival opened with the premiere of Kinan Azmeh’s musical theatre piece, “Songs for Days to Come”, based on fifteen poems by contemporary Syrian poets. ... END_OF_DOCUMENT_TOKEN_TO_BE_REPLACED

Longlisted for the 2020 International Prize for Arabic Fiction and now available in German translation, Khaled Khalifa’s novel “No One Prayed Over Their Graves” details lives and ... END_OF_DOCUMENT_TOKEN_TO_BE_REPLACED
Author:
Jürgen Gottschlich
Date:
Mail:
Send via mail

END_OF_DOCUMENT_TOKEN_TO_BE_REPLACED
Social media
and networks
Subscribe to our
newsletter