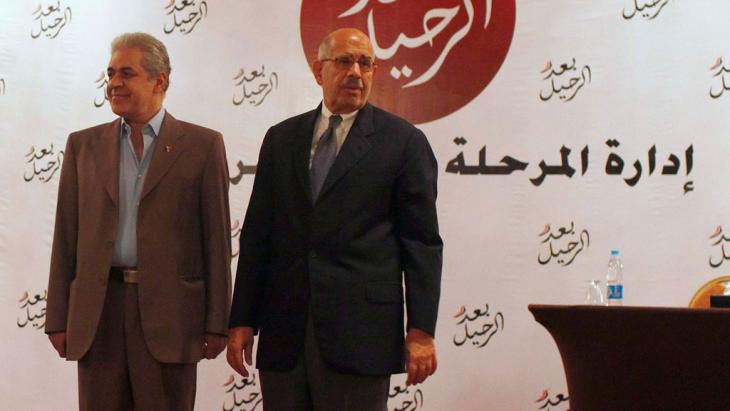 After the Coup in Egypt
A Dark Chapter in Egyptian Liberalism

The military's deposition of Egypt's elected president has been welcomed by the Muslim Brotherhood's liberal opponents. In this essay, Khaled Hroub explains why this is a historic error

Egypt's liberal forces have aborted the country's nascent and shaky democracy by bringing the army back to power. Their short-sightedness is compounded by shamelessness, as leading liberal figures accepted posts in a puppet government under the generals' oversight. The de facto coup has taken Egypt back to square one: an alliance between the military and self-proclaimed liberals (whose claims to that label are now in even greater doubt).

These events expose the flaws and failures of all parts of Egypt's political spectrum. The victory of the Muslim Brotherhood in free and fair elections in November 2011–January 2012 (parliamentary) and May–June 2012 (presidential) deeply frustrated the forces ranged against it, in particular – because they had failed to join forces to stop this very outcome – Egypt's liberals, nationalists and leftists, as well as the many young people whose determination had helped force the departure of Hosni Mubarak in February 2011. The "fulool" (remnants of the Mubarak regime) and the military were, of course, also alarmed.

After only a year, however, the political landscape had changed again. The victorious Muslim Brotherhood proved itself incapable of governing in almost every respect, with decisions and attitudes that were amateurish, exclusive, inward-looking, reactionary and conducive to sectarianism. Its record categorically proved to Egypt's public the futility of the Islamists' claim that their salvationist message was a panacea to all problems.

This, assessed cold-bloodedly, was the best outcome that any Egyptian or Arab liberal could have hoped for. After all, over several decades no single ideology (or even group of ideologies) had proved able to dislodge the simple yet penetrating mantra of "Islam is the solution" from the hearts and minds of the Arab public. A historic opportunity at last arose with the Arab spring of 2010–11, which allowed the people themselves first to take hold of their own destiny and then to hold to account the governments they had now freely elected. 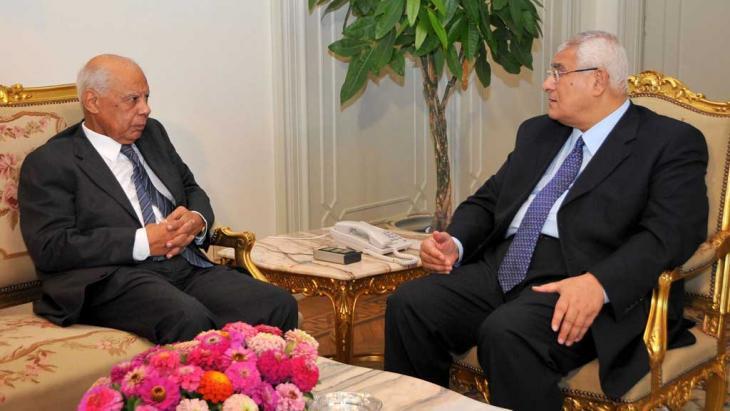 Back to square one: according to Khaled Hroub, for some time now, the alliance between the military and the self-proclaimed liberals has been discrediting both liberalism and secularism. With the overthrow of a democratically elected government, this discredit has now been perpetuated

The Islamists' record of governance, had it been exercised to the next point of democratic exchange, would have disabused many elements of the public which (for religious or emotional reasons) had supported the Muslim Brotherhood. After decades during which the Islamists were able to highlight their victimisation by the state and boast of being in the vanguard of "resisting the West", this was their first test in power. Their comprehensive failure would have stripped them of the advantages – including in matters of prestige, morality and "aura" – they had long enjoyed over their rivals. At last, as they faced the gruelling test of politics (in Tunisia and Libya as well as Egypt), the badge of "the oppressed" and the accumulated capital of victimhood would have begun to erode. Through the political and democratic process – not by military force – the Islamists would have ended up being downsized drastically, with the public exercising the decisive judgment.

But allowing the Muslim Brotherhood and the president, Mohammed Morsi, to continue governing until the end of their term proved impossible. The active, wide-ranging youth movement called Tamarod ("rebel") quickly and impressively organised to demand early elections, which was in itself legitimate and democratic. Their mobilisation of millions panicked Morsi and his group, resulting in fissures within the leadership. The mounting pressure – from the street, from within Morsi's coterie, from foes and friends alike – produced talk of possible deals made behind the scenes. An agreement on early elections was within reach. But the army's speedy intervention disrupted what until then had remained a democratic process.

What made the situation even worse was the liberal forces' hasty approval of and collaboration with the army's move. This is ominous both for Egypt's and for the liberals' own future. In narrow terms, it adds self-inflicted deep scars to the already battered face of Arab liberalism, and refuels the Islamists' "oppressed and victimised" narrative, which can now draw on the experience of killings and arrests of their members, the kidnapping of their president and the theft of their election victory by (they will argue) a coalition of liberals and generals.

But there are four even greater dangers, which extend beyond Egypt to the region at large.

Firstly, the liberal–military alliance represents an invitation to civil war that other Arab cases have already experienced (such as Algeria in the 1990s). For the liberals' position shatters the growing, if reluctant, belief in democracy among mainstream Islamists, leaves moderate Islamists vulnerable to attack by their radical counterparts, and serves jihadists and fanatics by granting them a heaven-sent excuse to launch yet another aimless war (a result exemplified by Ayman al-Zawahiri and al-Qaeda's jubilant statements).

Secondly, in the post-colonial Arab world, this alliance has long had the effect of discrediting both liberalism and secularism; now, the discredit is perpetuated, and has acquired an even more alienating aspect as the opponent of the free spirit and nascent democracy midwifed by the 2011 revolution. 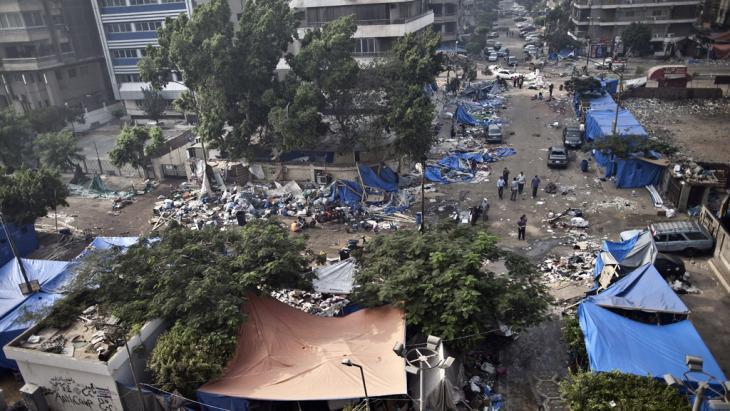 The legitimacy of the street versus the legitimacy of the ballot box: liberals who welcome the overthrow of the Muslim Brotherhood reject the term "military coup" because they feel that the army was merely implementing the will of the people – despite the fact that this goes against the basic principles of democracy

Thirdly, it is a great risk to trust the military to safeguard a political process and oversee democratisation. If politics is not the job of any army, this is even more so in the case of the Egyptian military – a product of decades of authoritarian rule. The army has stood for authoritarianism, cronyism and corruption – temptations now given a free pass. The military's language of "stability" and "order", of which it claims an exclusive interpretation, is used to slow or block any democratic process deemed out of line with the generals' interests.

Fourthly, the language and thinking of both sides of the liberal-military alliance threaten to engulf even the possibility of stable democracy in Egypt. Pro-coup liberals are irritated by the term "military coup": for them, the army intervened to translate the will of the people, expressed by millions in the street, and in order to save the country from civil war. The elected president lost his legitimacy, they argue, because the "legitimacy of the street" proved stronger and more numerous than the legitimacy of the ballot-box. This is at odds with the basic principles of democracy, and a step deep into the unknown.

Any street legitimacy, big or small, must be channelled through ballot-box legitimacy. Otherwise, Egypt – and the same goes for any country in the Arab world or beyond – will end up in an endless, chaotic race of competing "street legitimacies" where the Muslim Brotherhood and their rivals try to outnumber each other in mobilising a fractured people. This also means that future elected presidents will be forever vulnerable to street-based populist movements armed with the belief that at any time they can rightfully overthrow the democratic head of state.

Egypt's liberals have colluded in a military violation of democracy that is both wrong in principle and is certain to be very damaging in practice. It is vital that this is acknowledged before the aspirations of Egypt's revolution are buried for ever.

Welcome to the world of Al Qasar, where Arabic music collides head-on with punk and psychedelic to create something powerful and beautiful. "Who Are We" is a raucous, subversive ... END_OF_DOCUMENT_TOKEN_TO_BE_REPLACED

Egyptian authorities have Mada Masr in their sights once again after critical reporting. But the editor of the country's last independent news source is adamant they will continue ... END_OF_DOCUMENT_TOKEN_TO_BE_REPLACED

Like Christianity, Europe's history is one of migration. Both have strong roots in the Orient and in cultures thousands of years old. Cultural historian Bernhard Braun invites us ... END_OF_DOCUMENT_TOKEN_TO_BE_REPLACED

When she ascended the throne, millions of Muslims still lived under British rule. Later, Elizabeth II appealed for tolerance in a multi-religious society. She was the first ... END_OF_DOCUMENT_TOKEN_TO_BE_REPLACED

END_OF_DOCUMENT_TOKEN_TO_BE_REPLACED
Social media
and networks
Subscribe to our
newsletter