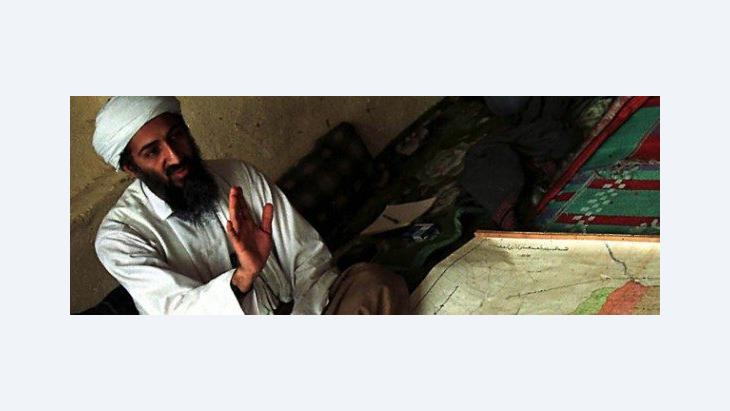 ﻿Osama bin Laden's death is not the end of Al Qaeda's worldwide jihad – but it opens up huge opportunities worldwide, says Ahmed Rashid, internationally renowned expert on Al Qaeda and the Taliban

So the world's most wanted man was finally brought down not in a rugged mountain fastness but in a respectable middle-class neighbourhood in a sleepy Pakistani hill town, whose mid-19th-century colonial founders had deliberately imitated, in situation and style, Britain's Home Counties. If more proof were needed of the al-Qaeda leader's lustre, the huge villa in which he had sought shelter in Abbottabad, just happened to be close to Pakistan's leading cadet college and a well-known bazaar.

For three decades Osama bin Laden has gripped the imagination of Muslims across the world and been the bane of armies and intelligence agencies worldwide. When he arrived in Peshawar in the early 1980s, with bulldozers and the millions his family had made in construction, to build cave redoubts for the Afghan Mujahideen, nobody could have suspected that the thin, shy, but mesmerising Saudi would go on to change the world. Yet he did.

﻿Madness with a messianic touch 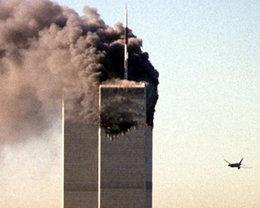 "Madness with a messianic touch": Nearly 3,000 victims died in the attacks. The overwhelming majority of casualties were civilians, including nationals of over 70 countries

​​To have his followers kill nearly 3,000 people in a single blow on September 11, 2001, and then taunt the US to catch him if they can required a kind of madness with a messianic touch. That is what became al-Qaeda's motto: "We love death more than we love life.'' His appeal in radical circles only grew as it appeared that all the armies in the world were unable to counter such a manner of warfare.

To evade, for a decade, US special forces, intelligence, and drones set, in jihadist circles, another kind of record. Now, jihadists believed more than ever that their leader was blessed and guarded by God.

Even as, after the overthrow of the Taliban, al-Qaeda vanished as a structured organisation, and even as bin Laden ceased to run operations or give orders, al-Qaeda's influence spread ever more widely – to Iraq, North Africa, Europe, and even the US, where a handful of Muslims have tried to follow the path to martyrdom. Yet, no longer was there an al-Qaeda movement, no coherent organisation, nor even a developing philosophy. Instead, what proliferated after 9/11, was the idea of death and martyrdom, and, in the process, of annihilating as many unbelievers as possible.

A collection of scattered bands

Al-Qaeda became a collection of scattered small bands, while, at the same time, the threat they posed remained – and remains – ever so present, as just one man with a bomb in Times Square had the potential to create the panic and potentially the bloodbath of 9/11 all over again. While bin Laden stopped being a leader a long time ago, for many he was still a potent symbol of martyrdom and mayhem. In the whole course of Muslim history there is no one figure that can be compared to him.

The chaos he created in the Islamic world split Muslims into extremists and moderates – something no Muslim before him had achieved on such a scale. In addition, he further divided the faith, labelling millions of devout Muslims as heretics because their version of Islam did not subordinate religion to one single, monomaniac idea – jihad. Yet, the terror bin Laden's radical philosophy evoked among autocratic Muslim rulers meant that hardly any had the courage to stand up to him. 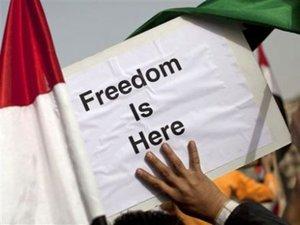 "It is young people at the heart of the Arab revolt who are rebelling not for jihad but for freedom and democracy." Bin Laden's failure to win support in the Arab world has led to the near total rejection of the idea of global jihad by his fellow Muslims, writes Rashid

​​In fact, it is young people at the heart of the Arab revolt who are rebelling not for jihad but for freedom and democracy. We should not forget that bin Laden's failure to win support in the Arab world, despite 30 years of trying, has led to the near total rejection of the idea of global jihad by his fellow Muslims.

The legacy of a top terrorist

Nevertheless, his legacy will, for another generation, cast a shadow on the Muslim world. Very soon, we will be hearing from his followers who will attempt to carry out revenge attacks all around the world. Particularly likely are suicide attacks in Afghanistan, Pakistan, and the Middle East. The jihad bin Laden espoused will not go away quietly, for is rooted in far too many fringe groups.

Although its political ambitions have been curtailed, it is breeding intolerance at a more general level in some Muslim societies – intolerance against Christians, Jews, and other minorities, and even against strands of Islam such as Sufism.

Nevertheless, bin Laden's death opens up huge opportunities worldwide. President Barack Obama needs to follow up on the promise he made in Cairo, two years ago, when he pledged to build bridges to the Muslim world.

Most urgently the Americans need to push for a fair and equitable settlement between Israel and the Palestinians, while at the same time the West must welcome and sustain the new Arab societies emerging from the ashes of decades of dictatorships. Bin Laden's death will also facilitate peace talks between the Taliban, the Kabul government, and the Americans. Now that bin Laden is dead, the Taliban do not owe al-Qaeda a thing.

In 2001, after the collapse of the Taliban regime in Afghanistan, al-Qaeda had continued to fund and train the Taliban. The older generation of Taliban leaders, however, had long since become fed up with the arrogance of Arab jihadists. The Taliban want to return home to a country free of foreigners, including Americans, but they have no interest to, for example, bomb shopping centres or embassies in the West. In this context, it is worth noting that, not ever, has an Afghan Talib been involved in global jihad. 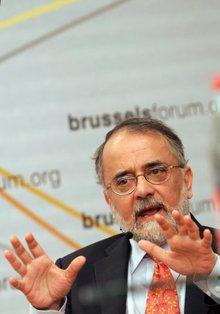 The Pakistani Ahmed Rashid has become a highly influential commentator on Afghanistan and Pakistan. His books on Afghanistan are required reading in the West's military academies

​​Today, it has become much easier for the Taliban to renounce their links with al-Qaeda and negotiate as Afghans, rather than as members of an international jihad. Nato and Afghanistan's neighbours will have to take swift military and political action in a way that will help President Hamid Karzai's efforts to negotiate with the Taliban and end 33 years of war.

Time for a reorientation

Pakistan, too, which has become a breeding ground for extremism and intolerance, has to seize the moment. The whereabouts of bin Laden's lair brings into sharp relief the divisions within Pakistan's security and intelligence forces. To some Pakistanis bin Laden was a hero because he defied the West – and because the country is so desperately short of heroes.

Perhaps Pakistan's leaders will now have the courage to deflate the mythology surrounding the man and show bin Laden for what he really was – a political leech who brought suicide bombings to Pakistan, helped create the Pakistani Taliban, and promoted intolerance in a country that, until he appeared on the scene, had been at relative peace with itself.

The colonial conquests of Muslim societies by the West were followed by freedom struggles and, in turn, stagnation and repression. Bin Laden rose to prominence during a period when many Muslims were looking for a way out this dilemma, yet his "solution" was to take us back many centuries.

Today Muslims have to find a way out of the cul-de-sac extremism is. The extremist's heroes are dead or dying, its ideology is bankrupt. Still, the leaders of Muslim civil society have to give it one bold final push, so that, once again, as Mohammed Ali Jinnah, the founder of Pakistan, said in 1947 – and as Arab youths are bravely urging – we can go to mosques, temples, and churches and worship and live freely. We are at a critical junction. The question is, whether the West and the Muslim world are ready to grasp the opportunity?

Home
Print
Newsletter
More on this topic
Commentary on Bin Laden's Death: A Little Help from a FoeReactions to the Death of Bin Laden from the Arab World: An End to the Confrontation?
Related Topics
All Topics
Date:
Mail:
Send via mail

END_OF_DOCUMENT_TOKEN_TO_BE_REPLACED
Social media
and networks
Subscribe to our
newsletter