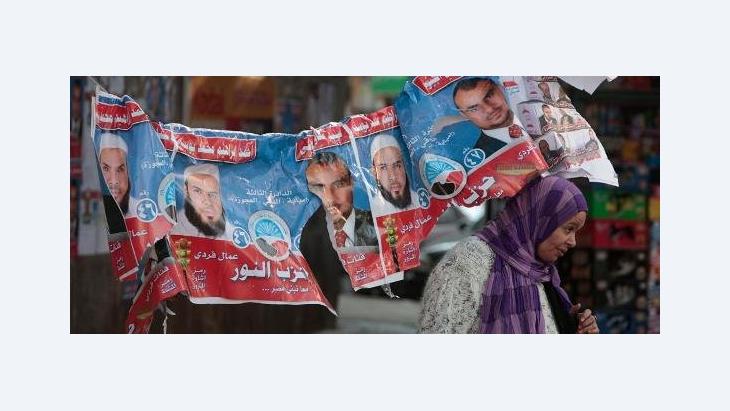 After the Egyptian Parliamentary Elections

﻿The elections to the lower house of Egypt's new parliament ended in mid-January. The result was a faith-based landslide that will leave its mark on the country's yet-to-be-drafted constitution. According to Ronald Meinardus, it remains to be seen what role the military will play in the country's future

These days, Egyptians are facing an election marathon. The political parties and their candidates have just taken down the hoardings for the lower-house campaign, and are starting to prepare for the upper-house elections. The most important votes, however, have already been cast: the newly elected parliament will choose the committee that will draft the new constitution.

The election results were published in mid-January, and they clearly set the course for faith-based policy making. All observers had expected the Muslim Brotherhood and its Freedom and Justice Party (FJP) to do well.

The FJP won 47 per cent of the seats. It is a stunning surprise, however, that the Salafist alliance's Al-Nour party became the second strongest party with about a quarter of the lower-house mandates. "Nour" means "Light".

Moderates and radical Islamists in control

Unlike the FJP, which must be considered moderate in the Egyptian context, the Salafists are hardline Islamists. They want the Koran to rule not only public life, but the citizens' private sphere as well. Though Nour's strong showing irritates the Muslim Brotherhood, it may yet prove a blessing to them because it allows them to emphasise their moderate stance when compared with the radicals.

It seems ironic that the "heroes of Tahrir Square" hardly played a role in the elections at all. After street protests and extended calls to boycott the elections, a group of activists finally decided to run for parliament after all. In the end, they only won 2 per cent of the seats.

﻿Egypts' more established secular forces – the Communists, Socialists, Nationalists and Liberals – similarly failed to fulfil their hopes. Combined, they expected to control one third of the seats, which would have given them veto power in confrontation with the Islamists. However, only 20 per cent of the members of the lower house belong to their parties.

Reaching the people through religion

"Liberals made the mistake of being the anti-Islamist choice," says Shadi Hamid of the Brookings Doha Centre. "If they want to become a mass party, they have to learn to speak the language of religion."

Such language was used to great effect by the faith-based parties. Early on, they managed to make religion a core issue of public discourse, thus reaching out to the masses, to whom Islam matters a lot. Surveys have shown that some 90 per cent of Egyptians say that policy making should be based on Sharia. Both in financial and strategic terms, the faith-based parties are much stronger than their adversaries.

The newly elected legislators will now choose the 100-member committee that will draft the new constitution. The Supreme Council of the Armed Forces (SCAF), which has been running the country since last February, wants this draft to be approved in a national referendum, after which presidential elections are scheduled for June. By 1 July, the military wants a democratically legitimate president to take over.

From military rule to democracy? 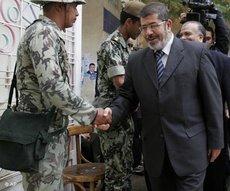 ​​It remains to be seen, however, what role the military will really play in the future. This is another important issue that will soon be resolved. It is unlikely that the military will withdraw to the barracks without getting some kind of guarantee for its vast privileges.

The Muslim Brotherhoods' stance towards the military has recently been quite accommodating. Some people accuse them of having made a secret deal with the generals. That a leading member of the brotherhood recently proposed immunity for the military lent even more credibility to such rumours.

Egypt's revolution is one year old. The country has changed beyond recognition. The dreams the revolutionaries dreamt 12 months ago have not come true. Egyptians had the choice – and they still do.

Ronald Meinardus heads the Regional Office for the Middle East and North Africa (MENA) of the Friedrich Naumann Foundation for Liberty in Cairo.

Home
Print
Newsletter
More on this topic
Salafists in Egypt: Exploiting the Weakness of the PeopleEgypt a Year after the Military Takeover of Power: From a Secular Uprising to a Muslim Democracy?Alaa al-Aswani's ''On the State of Egypt'': ''Democracy Is the Solution''
Related Topics
All Topics
Date:
Mail:
Send via mail