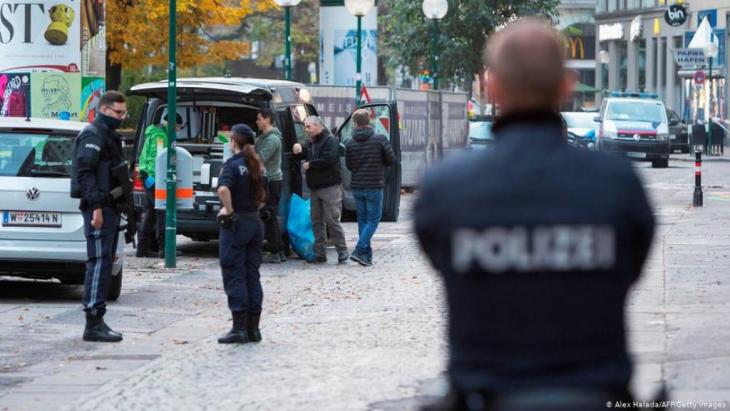 The Islamist attacks in France and Austria aim to divide European societies. The jihadists want to destroy the grey area of lived co-existence between Muslims and non-Muslims in Europe. By Karim El-Gawhary

The attack in Vienna proves once again that it was always a pious hope that IS, the so-called Islamic state, was defeated with the reconquest of its caliphate in Iraq and Syria.

Even though U.S. President Donald Trump has repeatedly emphasised in his election campaign that the victory over the IS is down to him personally. IS has always been more than a territory, it is an ideology and its followers follow strategies that are also given to them online.

One of these strategies for Europe was described in the now discontinued, professionally produced, IS online magazine "Dabiq". In a manifesto published there in 2015, a social dynamic was described that the militant Islamists aimed to exploit for themselves. The idea was relatively simple: with every Islamist attack in Europe, the anti-Islamic mood there grows. The consequence, the manifesto said, would be polarisation and, as it said at the time, "the elimination of the grey zone".

This so-called " grey zone" was used to describe the co-existence of Muslims and non-Muslims in Europe, which must be challenged. The exclusion of Muslims in the West would make it all the easier to drive them into the arms of the militant Islamists and their ideology, and they would thus be easily recruited to IS, wrote Islamic State strategists at the time.

The attack in Vienna fits exactly into this concept. IS is aiming to trigger a vicious circle, in which its calculation will work out even without the caliphate. After each of its attacks in Europe, its strategists hope that the Muslims living there will be marginalised.

The best IS scenario would then be follow-up attacks by right-wing radical, self-proclaimed crusaders on mosques, for example, which would drive Muslims further into a corner, only to make them more vulnerable to IS ideology. The best strategy against the IS is therefore not to fall into this trap and to stand together as a society. 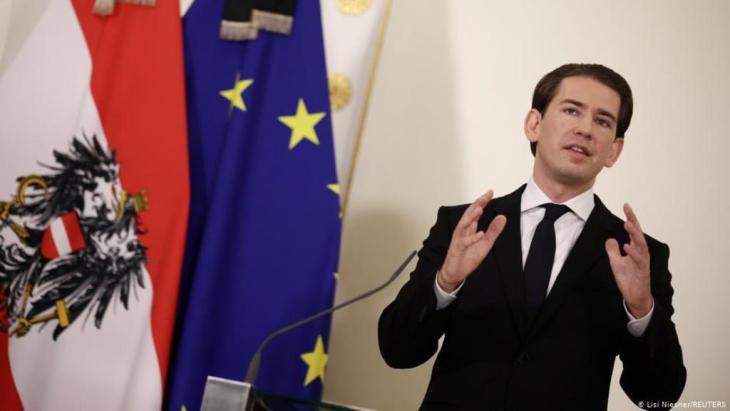 Recognising and exposing Islamic State terrorists' treacherous plan: "The enemy, Islamist terrorism, also wants to divide our society. We will not tolerate this hatred. This is 'not a conflict between Austrians and migrants or Christians and Muslims. It is a fight between civilization and barbarism'," stressed Sebastian Kurz, Chancellor of Austria, in Vienna

Incidentally, the strategic IS manifesto for Europe may even have an Austrian connection. The Middle East expert Petra Ramsauer points out that one of the main propagandists who may have co-written the manifesto comes from Vienna of all places. Mohamed Mahmoud, born in Vienna in 1985, became a leading member of the "Global Islamic Media Front" (GIMF) in 2006.  Also known as Abu Usama al-Gharib, he was arrested in Vienna in 2007 because, according to authorities, he had started buying components for an explosive belt.

The GIMF had also distributed a video threatening attacks on targets in Austria and Germany. Mohamed Mahmoud served a four-year sentence, in which he is said to have written about the "grey zone" in the IS manifesto.

After his release, he moved to Berlin and later to Solingen to join IS in Syria. In March 2013 he appeared in an Internet video in which he burned his Austrian passport and announced further attacks.  In 2018 he was killed in an air raid by the anti-IS coalition in Syria.

Home
Print
Newsletter
More on this topic
Debate on religion and terrorism: Who is responsible for the violence?Islamic State: Down but not necessarily outIS attacks in Brussels: No more shades of greyIslamic State (IS): A totalitarian, expansive and hegemonic project
Related Topics
'Islamic State' | IS, International terrorism, Jihadism | Jihadists, Muslims in the West, Radicalisation, Right-wing populism
All Topics

What drives young men into the arms of Islamist extremists – and how can they be re-integrated into society? Five years after the deadly attacks in Paris, urgent questions remain ... END_OF_DOCUMENT_TOKEN_TO_BE_REPLACED

Austria's chancellor is seeking to criminalise "political Islam". The move would put non-violent, non-radical Muslims under blanket suspicion and is hardly helpful in the fight ... END_OF_DOCUMENT_TOKEN_TO_BE_REPLACED

Rather than suspecting Muslims in general, we need to co-operate more with Islamic scholars, Muslim congregations and associations, writes Muhammad Sameer Murtaza in his ... END_OF_DOCUMENT_TOKEN_TO_BE_REPLACED

Berlin's "House of One" project, instigated by Jews, Christians and Muslims, will finally begin to take physical shape in early 2021, following a lengthy period of preparation. ... END_OF_DOCUMENT_TOKEN_TO_BE_REPLACED

Melisa Erkurt came to Austria from Bosnia as a child with her parents. As a journalist, she now writes about education, which is also the subject of her latest book “Generation ... END_OF_DOCUMENT_TOKEN_TO_BE_REPLACED

Children’s books shape the way we see the world as we grow up. In recent years calls have been growing for European publishers to reflect the increasing diversity. By Sonja ... END_OF_DOCUMENT_TOKEN_TO_BE_REPLACED
Author:
Karim El-Gawhary
Date:
Mail:
Send via mail

END_OF_DOCUMENT_TOKEN_TO_BE_REPLACED
Social media
and networks
Subscribe to our
newsletter