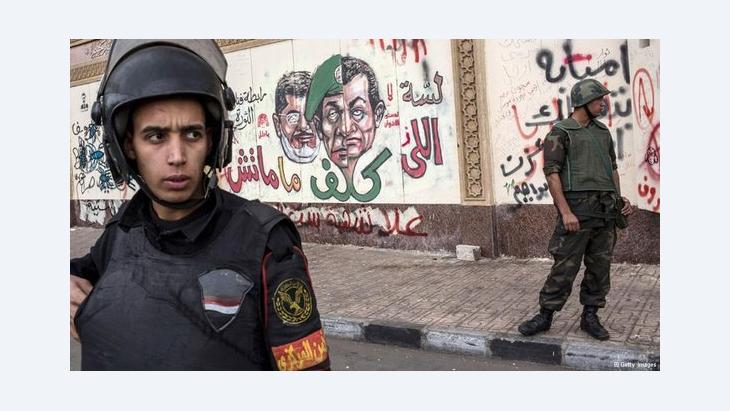 After the Ousting Mohammed Morsi

Egypt on the Brink of Collapse?

﻿Following the military coup on 3 July, institutional order in Egypt is teetering on the brink while most of the country's political elite stand by and watch. Thomas Demmelhuber analyses the situation

﻿For the second time in just over two years, Egypt's generals have launched a coup and suspended the country's political order. The army gave the president an ultimatum to enter into dialogue with protest groups and reach agreement with them. Once the deadline passed, the president was promptly informed that he had been removed from office.

The reaction to this military coup both on the streets and in the virtual chat rooms of social media such as Facebook and Twitter was largely positive and in some cases even euphoric. Using the narrative of 2011, people thanked the military for "chasing" a dictator out of office "hand in hand with the people" for a second time.

However, this jubilant atmosphere obscures the fact that the country's profound political, economic, and social problems have been exacerbated by yet another military intervention.

The army as kingmaker 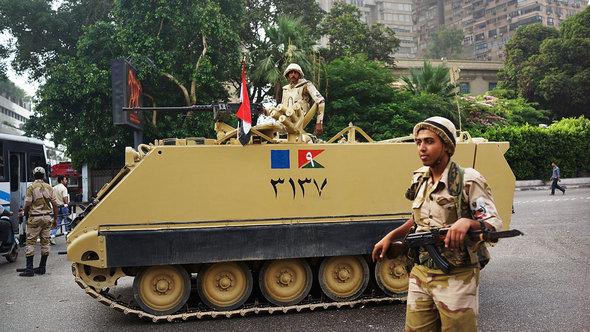 Guardian of order and political player in one: according to Thomas Demmelhuber, the army has always defended its special political role and its privileges. This has meant ensuring a minimum of political stability at all times, a stability it felt was under threat during the mass protests of 2011 and 2013

​​At first glance, it is not surprising that the military intervened again. There are several reasons for this. Firstly, despite all the reshuffling of personnel at generals' and officers' level since 2011, the army is the only remaining player in Egypt that is still able to function and that – unlike the police and the secret service – retained its complete "top-down" chain of command.

Secondly, since the foundation of the republic, the military has always taken great care to defend its special leading political role and its complex web of privileges. This system of privileges requires a minimum of political stability, which the military felt was at risk during the mass protests of both 2011 and 2013.

However, by accepting yet another military intervention, people are accepting the collapse of an institutional structure that was painstakingly built up after the revolution, an institutional structure that may have been the result of heated political debate at domestic level, but was also – for the first time in the history of the 60-year-old republic – democratically legitimised in a public poll (or referendum).

The military is now making repeated references to its self-conferred role as the guardian of state order. Back in 2011 too, the military saw itself as the custodian of this order and the guarantee for state unity that curbed the authoritarian degeneration that has occurred under Mubarak. The consequence of this was that it was rewarded with a quasi supra-constitutional role in the new constitution, which has now been suspended.

The current coup differs from the previous coup in 2011 in one respect: this time, the generals are no longer striving for formal, executive decision-making powers. The experience of the Supreme Council of the Armed Forces (SCAF) after Mubarak's enforced resignation is still all too fresh in the memories of the generals for that to be the case. 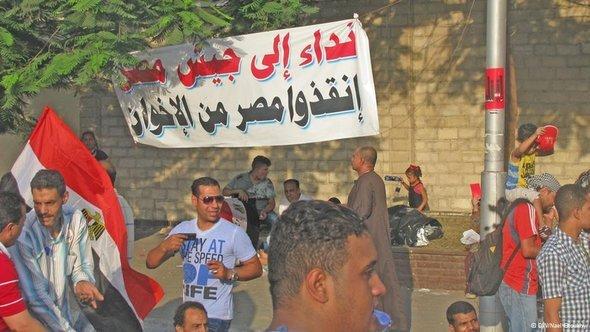 Carrying the hopes of the anti-Morsi lobby: a placard seen in Cairo calls on the army to "save Egypt from the Muslim Brotherhood"

​​This time, power has been transferred to the President of the Supreme Constitutional Court, Adly Mansour, who had only been in this post for a few days and was until yesterday a relatively unknown member of the judiciary. The task that he and the government of technocrats he has yet to put together face is akin to the squaring of the circle: Egypt is under massive political and economic pressure. Agreement has yet to be reached about a line of credit from the International Monetary Fund (IMF).

What's more, although fundamental political decisions have to be made, there is a lack of political will, social consensus, and agreement among the members of the country's political elite as to the form that the political transformation to democracy should take and the rules that should apply to this process.

A new post-Morsi political order will only be possible if all social groups and political players are involved. The ruthless action against the Muslim Brotherhood taken by the military and judiciary, which included the issuing of hundreds of arrest warrants, has been sending out dangerous signals since the president was ousted.

There can be absolutely no doubt that Morsi's presidency was absolutely riddled with errors, some of which were of catastrophic proportions. In terms of its political agenda, it was a complete and utter failure in some areas. His administration never succeeded in involving the country's central institutions and political groupings; it was far too busy formulating a policy that would appeal to its own religious camp. 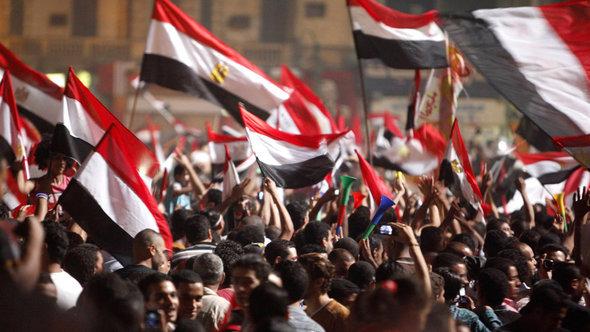 "Ever since 'coup 2.0'," writes Thomas Demmelhuber, "Egypt has been back to square one, back to day one of the post-Mubarak era. Only one thing is different this time around: after two "lost years", a new start will only succeed if all political and social groups are involved"

​​This went hand in hand with its problematic interpretation of democracy that mistook an election victory for a carte blanche for a sweeping seizure of power. Nevertheless, this failure and these deficits must not now lead to the exclusion of this group from the political landscape. There is one good reason for this: it can still rely on broad political and religious support in society.

Ways out of the crisis

Ever since "coup 2.0", Egypt has been back to square one, back to day one of the post-Mubarak era. Only one thing is different this time around: after two "lost years", a new start will only succeed if all political and social groups are involved, from the young protesters who have been there from the start, to the Islamists of the Muslim Brotherhood, right up to the radical forces (the Salafists) – as long as they are willing to accept the rules of political engagement.

If this round table, which would bring all players back into the institutional framework, does not come about, the erosion of institutional order will continue to accelerate. Time is running out. After all, an imminent deterioration of the macro-economic situation would lead to an increasing radicalisation of the political debate and a strengthening of the political margins, which would pose a threat to the institutional framework of state order and would ultimately result in the collapse of the state.

Professor Dr. Thomas Demmelhuber is a junior professor of political science at the University of Hildesheim Foundation.

"The people aren’t ready for democracy" has been the constitutional basis for Arab tyranny, its favourite slogan and its sacred narrative for more than a century. Yet, asks Khaled ... END_OF_DOCUMENT_TOKEN_TO_BE_REPLACED

A new global database shows a significant gap in reported COVID-related deaths, suggesting the actual worldwide death toll is short by at least 1 million. That's due in part to ... END_OF_DOCUMENT_TOKEN_TO_BE_REPLACED

Two decades after the attacks of 11 September 2001, the West faces the shattered debris of its failure – not only in Afghanistan, but also in Iraq, Syria, Libya and Yemen. What ... END_OF_DOCUMENT_TOKEN_TO_BE_REPLACED

The coronavirus pandemic has turned lives upside down all over the world. In the Middle Ages, however, people lived with epidemics all the time. The best and most famous ... END_OF_DOCUMENT_TOKEN_TO_BE_REPLACED

In Ancient Egypt, the pharaohs had "solar boats" built to take them into the afterlife. One of these boats was discovered in 1954. It has now been moved to the Grand Egyptian ... END_OF_DOCUMENT_TOKEN_TO_BE_REPLACED

Attracting little attention from the world at large, Egypt's military regime has been mercilessly going after dissidents. Now, the first executions of prominent members of the ... END_OF_DOCUMENT_TOKEN_TO_BE_REPLACED
Author:
Thomas Demmelhuber
Date:
Mail:
Send via mail

END_OF_DOCUMENT_TOKEN_TO_BE_REPLACED
Social media
and networks
Subscribe to our
newsletter