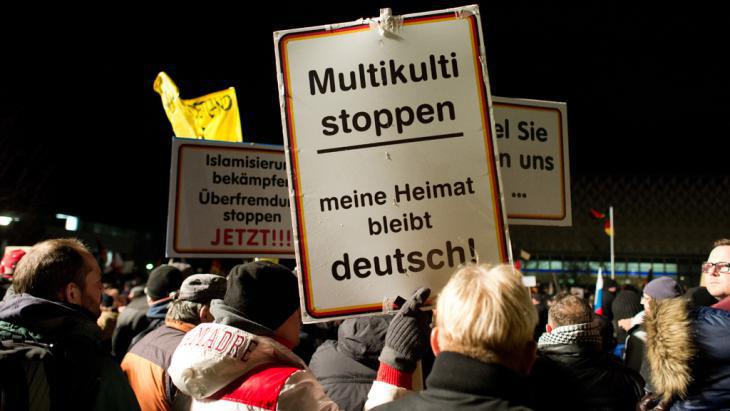 After the Paris attacks
The dangerous "alliance" between Islamism and Islamophobia

There can be no excuse for the recent attacks in Paris. However, one possible way of understanding them is to take a closer look at the bipolar "alliance" between Islamists and Islamophobia, which can be viewed as the root of these terrorist acts. Moreover, in the wake of the attacks, we must ask ourselves what freedom of speech is, what its boundaries are and who really represents it. A commentary by Atef Botros

The shootings in Paris were a barbaric act, an unjustifiable crime. A murderer is a murderer. What turned the gunmen into jihadists, however, is a different matter. Did their violence originate in historical social reality or in the ideology of jihadism?

The assassins of Paris grew up in a marginalised community of North African descent, largely isolated from majority society, without access to education and the labour market and without the opportunity to get socio-politically involved. They therefore sought refuge in the global Islamist ideology, viewing it as the opportunity to change the world as "heroes of history".

They are, therefore, products of the postcolonial reality of France, which has not yet reappraised its past in the North African colonies. The reality of these young men differs little from the socio-political situation of young people living in Arab cities under repressive regimes. For all of them, the Islamist project seems to be the only panacea.

At the same time, the ideological construct of Islam as a solution that provides identity is portrayed by right-wing, racist and Islamophobic movements as the root of the world's evil. Whether intentionally or not, Islam has over the last few decades filled the vacuum that emerged after the collapse of the bipolar world order as a counterpole to the "free, civilised West". 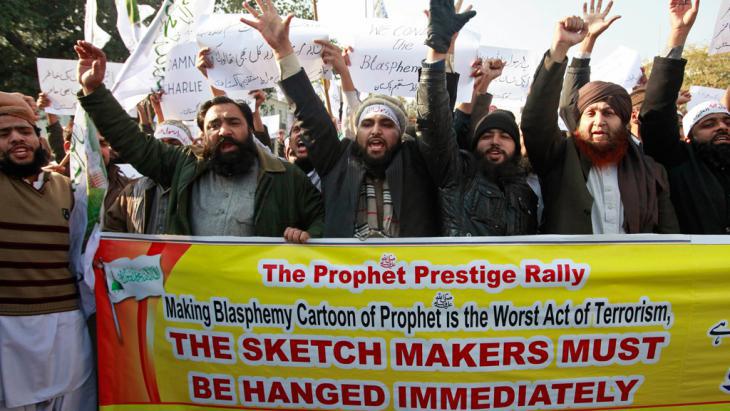 Grist to the mill of the extremists: men in Lahore take part in a rally against the "Charlie Hebdo" cartoons. "Ridiculing religion should not serve as the ultimate proof of Europe's freedom of speech. That freedom should instead be fought for and supported in the Arab-Islamic world," writes Atef Botros

Both ideologies rely on artificial identities that are engaged in an apocalyptical battle with each other, a battle that will either result in the defeat of "evil" Islamism or worldwide salvation through Islam.

Unfortunately, these constructs do not remain in the minds of their creators but are increasingly become reality: on the one hand, we are seeing a growing radicalisation of Islamist groups and organisations like al-Qaida, IS and Boko Haram; on the other, racist, anti-Islamic movements, such as Pegida, are getting stronger in the West.

Both ideologies benefit from and legitimise each other through the very existence of their respective enemy. The one thing they have in common is the idea of an "essential", unchangeable Islam. Indoctrinated Islamists do not see themselves as societal players whose behaviour changes in accordance with historical circumstances, but rather as executors of a dogmatic doctrine. They completely ignore rational and progressive aspects of the Islamic tradition. The events of Paris can be understood within the framework of this conflict.

The question of freedom of speech and art can, therefore, be debated from two standpoints. From the European perspective, this historically cultivated freedom remains inviolable. Nevertheless, there is the question as to what one can hope to achieve by ridiculing figures or beliefs that are sacred to a religious group that seems to be particularly sensitive and vulnerable at this point in history. How high are the costs and how great are the risks in the West – but even more so in the Arab-Islamic world – when the response to such behaviour is violence? The number of victims of this violence in the Arab world – the number of victims of Islamist terror too – exceeds those in the West many times over.

On the other hand, from an Arab-Islamic perspective, it is important to ask whether a violent and angry response to drawings or films that would otherwise receive very little attention is justified. 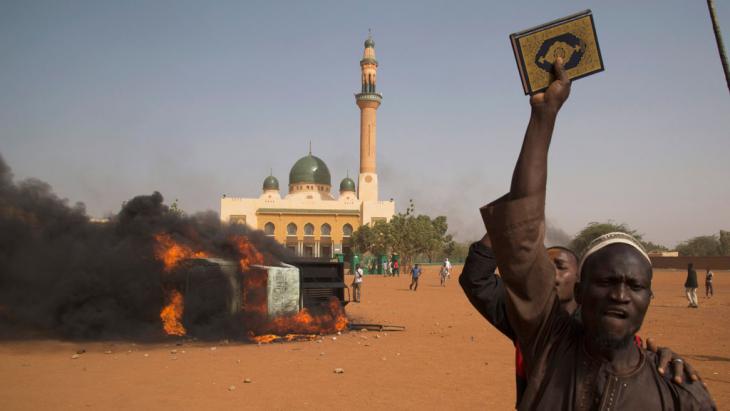 Men protest against the "Charlie Hebdo" cartoons in Niamey, the capital of Niger. The Muhammad cartoon posted on the first edition of "Charlie Hebdo" after the Paris attacks triggered major unrest in the former French colony of Niger. Ten people were killed in just two days. Peaceful protests also took place in other former French colonies such as Mali, Senegal and Mauritania

Respect for all faith communities

The second and perhaps more important question is whether the call for respect includes all religious beliefs or whether outrage only occurs when things that are deemed sacred in Islam are violated? Does one accept freedom of speech and tolerate such attacks because they are targeted at all other religious communities – Buddhists, Jews, Catholics or atheists? Or does one want a society that generally restricts freedom when it comes to violations of religious or other beliefs? And could this concept also be applied in the Arab-Islamic world where minorities such as atheists or homosexuals are discriminated against by state and society on a daily basis?

Could the terrorist attacks in Paris be viewed as an opportunity to agree on such universal values – unrestricted freedom of speech or respect towards those who hold different beliefs? Such values will probably not be questioned and redefined in negotiations, but through the experience of Muslims in the diaspora.

Almost at the very same time as a man in Egypt was sentenced to three years in jail for atheism and a young blogger in Saudi Arabia was scheduled to receive the first 50 of 1,000 lashes for blasphemy, the foreign ministers of both countries were marching for freedom of speech in Paris. 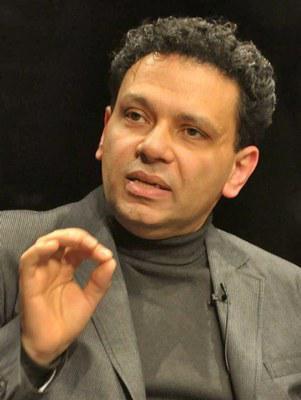 Hundreds of political prisoners who have done nothing but express their opinions are currently being detained in the prisons of Abdul Fattah al-Sisi's military regime. Many of them are in critical condition due to long hunger strikes. Just recently, Sisi received a warm welcome at the Elysée Palace in Paris.

This is exactly where Europeans need to step in if they want to regain credibility in the Islamic world. Ridiculing religion should not serve as the ultimate proof of Europe's freedom of speech. That freedom should instead be fought for and supported in the Arab-Islamic world.

The attacks on "Charlie Hebdo" promote societal polarisation and the dangerous alliance between Islamism and Islamophobia, between terror and the anti-terror security ideology.

This is why it is high time to show solidarity with the peaceful Islamic communities in Europe, which are currently under great pressure, and to consciously act against racism, discrimination and generalisation.

Instead of conducting superficial dialogues with representatives of religious associations and communities, a (self-)critical and credible approach to social problems, marginalisation and inequality of opportunities needs to be adopted, for example concerning the access of Muslims to the European education system. The same applies to the Arabic countries: they definitely need more schools and hospitals, not weapons and aircraft carriers that are meant to be used to fight terrorism, but which above all fuel the Islamists' holy war.

Moreover, popular discourses in the Muslim world must be subjected to thorough criticism by Islamic associations and authorities. One only has to read the readers' comments relating to "Charlie Hebdo" or search for that term in Arabic on Twitter – the results are often shocking. They reveal religious fanaticism, conspiracy theories, violent fantasies and anti-Semitism. Despite the fact that they sound very different to the polite rhetoric of interreligious dialogue, such comments are also part of the discursive reality.

Home
Print
Newsletter
More on this topic
Reactions to the "Charlie Hebdo" attack in the Arab world: "Radicals killed radicals"Interview with the French imam Djelloul Seddiki: "Extremist groups want to impose on us a clash of civilisations"Photo gallery: Germans take to the streets: marching for and against PegidaResistance to Pegida: "Intolerance must not be tolerated"
Related Topics
'Islamic State' | IS, Al-Qaida, Cartoons, Charlie Hebdo, Democracy and civil society, Front National, Human rights, Islam and democracy, Islam and the West, Islamism | Political Islam, Islamophobia, Jihadism | Jihadists, Minorities in the Muslim world, Muslims in the West, Pegida, Satire
All Topics

Algeria‘s regime is again cracking down on anti-fracking activists and the unemployed in the country‘s south. Yet EU countries remain keen to scale up their energy cooperation ... END_OF_DOCUMENT_TOKEN_TO_BE_REPLACED

The murder of a female student at Mansoura University in the Nile Delta has sparked a long overdue debate on femicide in Egypt. Karim El-Gawhary reports from Cairo END_OF_DOCUMENT_TOKEN_TO_BE_REPLACED

Syria, Egypt, Saudi Arabia and the UAE are among those countries increasingly misusing cybercrime legislation to silence dissent and curb freedom of speech. Could a new global ... END_OF_DOCUMENT_TOKEN_TO_BE_REPLACED

Egypt hopes to jump-start the action needed to face a warming world when it takes the presidency of major UN climate talks in November, but warns that countries need a "reality ... END_OF_DOCUMENT_TOKEN_TO_BE_REPLACED

A ceasefire has been in effect in Libya for the past year and a half. Yet after Russia's attack on Ukraine, another proxy war looms in Africa's most oil-rich country. Mirco ... END_OF_DOCUMENT_TOKEN_TO_BE_REPLACED

It is the biggest order in the history of the Siemens Group: a 2,000-kilometre railway network for high-speed trains is to be built in Egypt. But the project raises numerous ... END_OF_DOCUMENT_TOKEN_TO_BE_REPLACED

Comments for this article: The dangerous "alliance" between Islamism and Islamophobia

Respect for all faith

Respect for all faith communitier

he appears to consider the Yllands Posten and other Muhammed cartoons as just "ridiculing figures or beliefs that are sacred to a religious group". This means he either ignores their deep political criticism on an intolerant strand of islam, either he chosesto deny that political meaning.

For his consideration, the only Muhammed cartoons that I find are ridiculing figures or beliefs that are sacred to a religious group, are the three extra cartoons added by the Danish imams to their files when they went touring the Middle East. I cannotdetect any political meaning in those three. It is just deep ridiculisation and aprofound lack of respect. However, no single muslimcondemned those three.

END_OF_DOCUMENT_TOKEN_TO_BE_REPLACED
Social media
and networks
Subscribe to our
newsletter