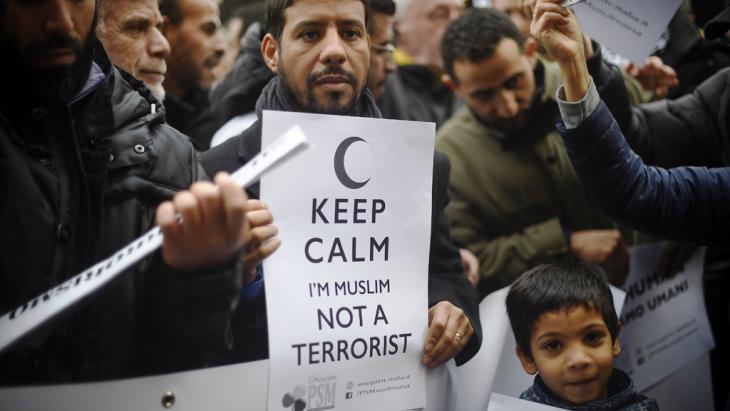 After the Paris attacks
The emotional helplessness of Muslims

In the wake of the Paris attacks, there is a growing sense of resentment and exhaustion within Muslims communities in Europe at having to repeatedly distance themselves from terror under the guise of Islam. An essay by the blogger Busra Delikaya

While hundreds of thousands of voices joined in with the strident chorus of solidarity for France, Islamic communities were grappling with a question that has been a pretty much constant feature of their discourse culture since 9/11. How to deal with terrorists who exploit your own religion and use it to whitewash a remorseless series of murders? Should you once more take steps to openly distance yourself from their actions? And if so, how should this be done without corroborating a general suspicion that exists anyway?

We Muslims seem weary. Weary of the compulsion to justify, sapped by phrases intended to distance – in the full knowledge that without expression of these, we will find no peace. After all, as many Muslims make it clear how appalled they are by the unsettling echo of protestations, they are once more distancing themselves. If they do not, this could possibly result not only in an increase in Islamophobic attacks, but also in a sense of guilt – as a consequence of silence gaining the upper hand in the religious discourse.

Yes, the Paris murderers have as little do with actual Islam as PEGIDA with the German population as a whole, this should be obvious to every well-informed citizen. Nevertheless, the fact that they are attempting to legitimise their killing with a putative reading of Islam cannot be denied.

Then there are still those Muslims who devotedly honour the principles of their religion – Muslims who position themselves with patience and confidence against the completely alienated interpretation of their faith by "Islamic State" (IS), without making any public demonstration of having to distance themselves from something that is in any case for them totally absurd. These are Muslims who do not confuse a distanced, obligatory position with any kind of burden. 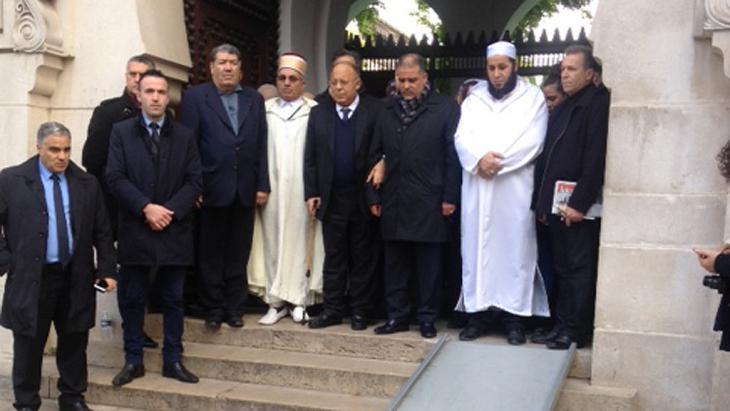 Terror spawns mistrust: Following the Paris attacks, many French Muslims feel under pressure once again to distance themselves from radicalism and nihilism in the name of Islam, which have nothing to do with their own ideas of faith

It’s quite possible that on the evening of 13 November, many Muslims were also watching the soccer match between France and Germany, sitting on their sofas, unsuspecting. And they had probably just performed their evening prayers, one of a total of five a day. Tried to relax and switch off from the stresses and strains of everyday life. And they will have begun their prayers that evening with exactly the same words as the terrorists began their brutal act of mass murder: "Allahu akbar" they will have said reverentially, their voices low with awe, praising the greatness of God in Arabic, while just a short time later in Paris, there were those who bellowed the very same words at a crowd of people, using their supposed power to instil a sense of fear, terror and death.

Europe’s Muslims at the present time are undoubtedly facing a challenging situation. Much more than the feared general suspicion, they feel trapped in a dilemma that is very much their own: if they openly grieve for the Parisian victims of the attacks, they almost fear that they are betraying the many Muslim victims in the Middle East, whose fate was met with much less sympathy. Expressing overly obvious solidarity with Paris thus appears synonymous with accepting the apparent disinterest of the international community in Muslim suffering. It is nothing other than an "either-or" construct related to the interplay of diverse commonalities and a pronounced sense of solidarity.

Polarisation instead of solidarity

The confused position of some Muslims is especially evident in social media such as Facebook and Twitter. The Paris attacks find a broad spectrum of interpretations: conspiracy theories, the relativisation of victim numbers by way of comparison with attacks elsewhere in Lebanon or Syria. There is plenty of irreverence to be found here.

For example, many Muslim users demonstratively juxtaposed the French tricolore profile images on Facebook with their own national flag. They wrapped these images in the Turkish, Lebanese or Palestinian national colours. The gesture was aimed at directing attention to the many forgotten victims in those countries. 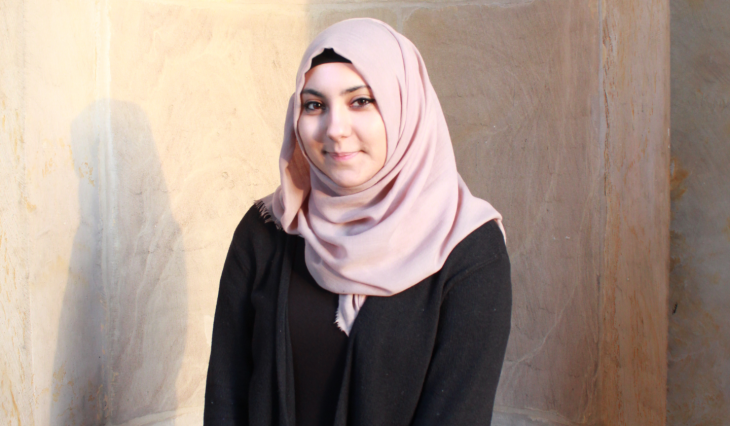 Busra Delikaya: "As though all civilians, of every ethnicity, are not ultimately the victims of a terror to which we are all exposed in equal measure. What’s missing in all of this are upfront emotions and humanist values that extend far beyond nation and religion"

But in doing this they forgot that the many dead and injured in Paris were and are completely innocent people. Nor do they appear to notice that with these attitudes, they are only bringing about more polarisation and social division. Their actions summon up all those spirits that have already been befuddling PEGIDA & Co. for some time. Rather than striving for solidarity, they are seeking selective "truths" – looking for all the divisions, to then present these in a striking way.

It is almost like a truculent "You’re suffering? Well so are we!" – a dangerous mental "arms race" for more victim remembrance, through which the true meaning of grief is lost. The suffering in Beirut is then frequently exploited to express a rigorous antipathy towards European policy. This is a reckless and indeed cynical way to use victim numbers.

Far beyond nation and religion

But the hierarchy or prioritisation of suffering according to region, which comes in for so much criticism, is only fortified as a result, the foundations for it made unshakeable. As though all civilians, of every ethnicity, are not ultimately the victims of a terror to which we are all exposed in equal measure. What’s missing in all of this are upfront emotions and humanist values that extend far beyond nation and religion.

We must realise that for a long while now, "Islamic State" terrorists have not represented a mutiny of individual extremists. Over a long period of time, they have created a terror network based on raw violence and political scheming, the extent and scope of which now reaches to the heart of Europe′s great cities. A murderous organisation that is targeting the peace of the entire population of the world and that threatens each and every person who categorically rejects their barbarism.  This destructive violence can only be halted by a consistent, social union – far from any difference and selection of compassion according to nation. This should also be clear to every Muslim.

Home
Print
Newsletter
More on this topic
Victims of terror: Do we care about Arab lives?Arab reactions to the Paris attacks: Uneasy bedfellows in the fight against ISIS terror in Europe: Crossing a psychological line
Related Topics
'Islamic State' | IS, International terrorism, Islam and the West, Islamophobia, Jihadism | Jihadists, Muslims in the West
All Topics

Dalia Hatuqa is an experienced journalist who has reported on the Israeli-Palestinian conflict from Ramallah, Washington DC and Amman. A writer for Time Magazine, Foreign Affairs ... END_OF_DOCUMENT_TOKEN_TO_BE_REPLACED

Since President Abdul Fattah al-Sisi seized power in Egypt in 2013, he has ruled the country with an iron fist. Civil society, opposition and free press struggle to survive. Tens ... END_OF_DOCUMENT_TOKEN_TO_BE_REPLACED

Very different Western reactions to the suffering in Ukraine and the Arab world show that there is a profound rift among cultures. Essay by Michael Young END_OF_DOCUMENT_TOKEN_TO_BE_REPLACED

Many Turks are dissatisfied with the international status of their country. At the same time, opinion polls reveal great scepticism among the Turkish population towards the USA. ... END_OF_DOCUMENT_TOKEN_TO_BE_REPLACED

Since Spain abandoned its traditional neutrality towards the conflict in Western Sahara, Morocco has announced a "new phase" in relations between the two countries. But what is ... END_OF_DOCUMENT_TOKEN_TO_BE_REPLACED

Tunisia's president has been carrying out a coup by degrees, demolishing the country's hard-fought democratic gains bit by bit. With an economy in turmoil and a splintered ... END_OF_DOCUMENT_TOKEN_TO_BE_REPLACED

Comments for this article: The emotional helplessness of Muslims

The ideology of " Survival, Us or them ". will eventually diminish both . Them and Us is the only possible path to peace. Innocents killed among them by Us will trigger them attacking Us and killing innocents among Us.Us killing innocents among them will trigger another killing of Us. And so on and so forth. Shall sanity ever prevail and we say," Us with Them. Or Them and Us ".

END_OF_DOCUMENT_TOKEN_TO_BE_REPLACED
Social media
and networks
Subscribe to our
newsletter