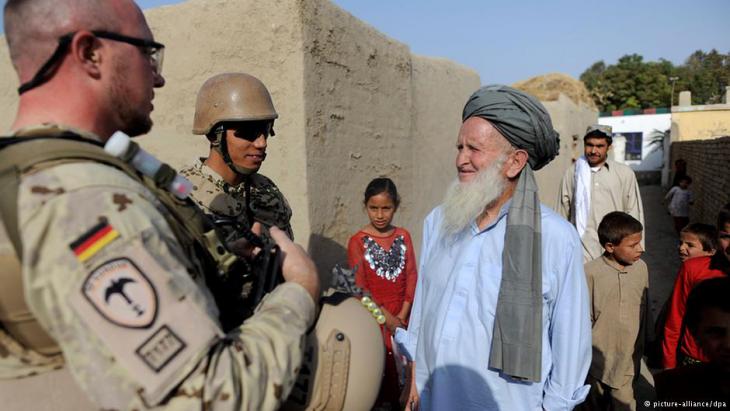 After the Taliban attack on Kunduz

The blood-letting goes on in Afghanistan, and as usual, it is the civilians who are suffering most. Forced to shoulder the political burden, coalition troops in the country were unable to create the right conditions for peace. Commentary by Sandra Petersmann in Kabul

Is it really necessary to ask who is to blame for the situation? Yes, I believe it is – and I’d like to try to explain why. In Kunduz, of all places, the Taliban have recorded their greatest military success since the toppling of their regime back in late 2001. Surely it is impossible now, even for those die-hard politicians in Berlin most enthusiastically committed to spin, to do anything other than concede that German efforts in Kunduz have failed to bring about peace – and that despite a 13-year, multi-billion euro operation that also cost the lives of so many German soldiers.

The truth is, however, that this is about much more than just Kunduz and the role played by the German army. NATO as a whole has singularly failed to bring peace to Afghanistan. Combat operations ended last December and in spite of the fact that, at the height of those operations, up to 130,000 international troops were deployed in the country, the blood-letting in most of the country's provinces is still going on – civilian blood most of it. The fall of Kunduz therefore needs to be looked at in the wider context of the conflict in Afghanistan.

And the wider context in Afghanistan has always been a very international one – the Afghanistan question has never been black or white, never a simple good versus evil equation. Just how bewilderingly, complicated and complex the situation in Afghanistan is can be seen by looking at what happened in Kunduz. This northern Afghan province and its eponymous capital are criss-crossed by a network of trade and smuggling routes, most of them made prominent use of by drug and arms traffickers.

It is from this traffic that the money comes to pay fighters, be they adherents of the Taliban, Al-Qaida, "Islamic State", local warlord militias, or the government. Almost all of them have allies in other countries: Pakistan, Iran, Uzbekistan, Tajikistan, Russia, in the Arab countries or in the West. 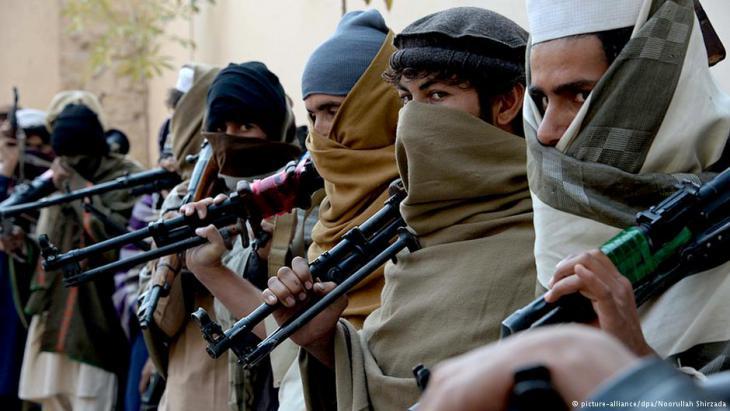 "Now the chickens have well and truly come home to roost and NATO's policy of forming alliances with local warlords has also returned to haunt them. Many of these intimidating tribal leaders now occupy positions of great power. They are often extremely wealthy, bank-rolling private militias who terrorise the civilian population in places like Kunduz. And it is precisely this situation that makes it so easy for the Taliban to win back lost territory", comments Sandra Petersmann

The civilians of Kunduz are surrounded by enemies on all sides, ensnared in a war where the fronts are fluid and uncertain, a situation in fact that is replicated throughout the country. Let's rewind the current drama in Afghanistan back to when the US-led coalition intervened in the country in October of 2001. Back then, it was revenge and the hunt for Osama Bin Laden that provided the motivation – not the construction of a democratic state. Problems that the politicians had no answer to were simply passed over to the military. A clear vision with clearly formulated, common political objectives simply did not exist.

Now the chickens have well and truly come home to roost and NATO's policy of forming alliances with local warlords has also returned to haunt them. Many of these intimidating tribal leaders now occupy positions of great power. They are often extremely wealthy, bank-rolling private militias who terrorise the civilian population in places like Kunduz. And it is precisely this situation that makes it so easy for the Taliban to win back lost territory.

To just bolt the door now and leave the Afghans to get on with it would, of course, be the simplest solution. To do so, however, would in my opinion be a moral crime. Germany has to take its share of responsibility. After all, we too participated in the creation of the new power structures in Afghanistan that so raised expectations among the people. Is it just a coincidence that so many Afghan refugees are now setting their sights on Germany?

What Afghanistan needs now, more than anything, are honest political and diplomatic efforts, those things that were so disastrously lacking at the time of the invasion in 2001. And only once the political objectives have been agreed upon will it become clear for how much longer German soldiers will be needed in Afghanistan. If, however,  we again allow military action to precede political reaction, we will simply be repeating our political failure.

Home
Print
Newsletter
More on this topic
Interview with Afghanistan expert Thomas Ruttig: "The violence threshold is low"Drone war in Afghanistan and Pakistan: Living in the shadow of the "angels of death"Afghanistan as the Western troop withdrawal nears: The failure of dialogue
Related Topics
Al-Qaida, Ashraf Ghani, Islam and the West, NATO, Taliban, U.S. policy in the Middle East
All Topics

According to official figures, Afghanistan has so far not been affected by the corona pandemic to the same extent as its neighbour Iran. But deficits such as a lack of testing ... END_OF_DOCUMENT_TOKEN_TO_BE_REPLACED

The United States carried out more drone attacks on Afghanistan in 2019 than in any other year since Pentagon records began in 2006. The victims of this questionable military ... END_OF_DOCUMENT_TOKEN_TO_BE_REPLACED

The province of Badakhshan in the northeast of Afghanistan is one of the most scenic and rich in natural resources. Marian Brehmer visited the region on the border to Tajikistan ... END_OF_DOCUMENT_TOKEN_TO_BE_REPLACED

So far, the number of confirmed COVID-19 cases and deaths in Afghanistan has been relatively low. But due to a severe lack of coronavirus tests and ventilators, suitable ... END_OF_DOCUMENT_TOKEN_TO_BE_REPLACED

Developments in recent days have revealed – unsurprisingly – that Donald Trump's recent "peace deal" with the Taliban is barely worth the paper it was written on. What is clear, ... END_OF_DOCUMENT_TOKEN_TO_BE_REPLACED

Many predominantly Muslim countries have penal laws against "blasphemy", "defamation of religion" and "apostasy". In practice they serve as highly effective weapons to settle ... END_OF_DOCUMENT_TOKEN_TO_BE_REPLACED
Author:
Sandra Petersmann
Date:
Mail:
Send via mail

END_OF_DOCUMENT_TOKEN_TO_BE_REPLACED
Social media
and networks
Subscribe to our
newsletter