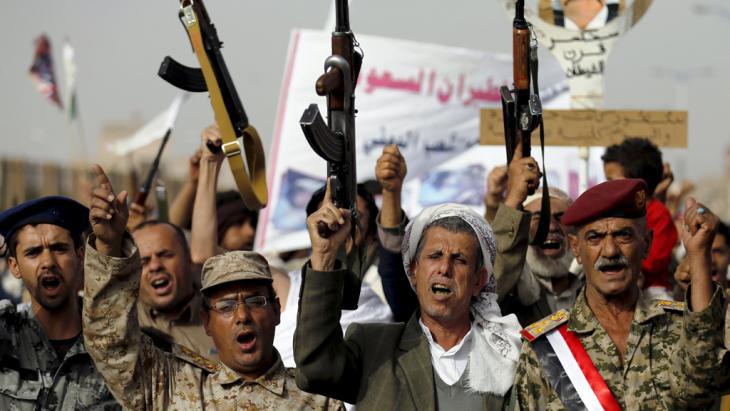 After the upheaval in the Arab world

The violence unleashed in Arab countries in the last four years may turn out to be just a first taste of what is to come. Escalating brutality and the actions of governments have put Arab citizens under immense pressure. Without a change of course, the outcome could easily be further conflict and a new wave of uprisings – this time not peaceful. By Maha Yahya

Not since the end of World War I have Arab countries undergone such a momentous upheaval. Conflict has broken out in no fewer than nine Arab countries, and the carnage has reached unimaginable levels of inhumanity. Tensions are mounting even in countries that are nominally at peace. Long-standing value systems are weakening, and once-solid societal foundations are crumbling.

​Fighting in Syria, Iraq, Sudan, Libya and Yemen has torn apart entire communities. Ethnic cleansing perpetuated by the Islamic State has reversed centuries of religious, ethnic and cultural intermingling, and pushed close to two million people from their homes.

Indeed, although the Middle East and North Africa is home to just 5 per cent of the world's population, it has produced more than one-third of its refugees. In Syria alone, 11 million people have been forcibly displaced within and outside the country.

These population movements are exacerbating pre-existing social tensions across the Arab world. In Lebanon, for example, the arrival of more than one million Syrians has sparked worries that the country's sectarian balance could be altered, undermining its fragile political system. 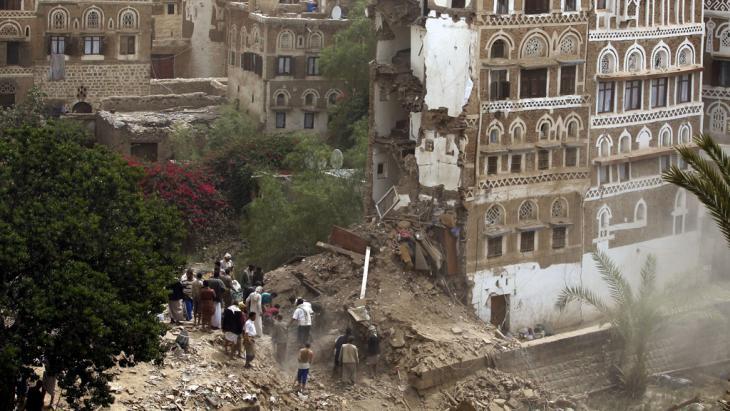 Benefitting from conflict: "Saudi Arabia and Iran are using Yemen's internal divisions over historic political and socio-economic grievances in their proxy war there, presenting the conflict as a manifestation of the historic Sunni–Shia rift," writes Maha Yahya

Transformation of the region's identity

These huge demographic upheavals are irrevocably transforming the region's social and political identity. Indeed, throughout the region, warring parties are relying on sectarian identity politics to mobilise support, further polarising populations along religious, ethnic and ideological lines. Saudi Arabia and Iran are using Yemen's internal divisions over historic political and socio-economic grievances in their proxy war there, presenting the conflict as a manifestation of the historic Sunni–Shia rift.

Even in countries not at war, poisonous identity politics is becoming increasingly widespread and accepted. In Egypt, for example, the public has been broadly supportive of a brutal crackdown on the Muslim Brotherhood and its Islamist supporters.

These convulsions are further impoverishing Arab countries and limiting future opportunities for their citizens. Some 21 million Arab children are out of school, and more than 50 million Arabs are considered poor. In Syria, 80 per cent of the population is unable to meet its basic needs. In Yemen, more than one-third of the population – some 11.5 million people – suffered from food insecurity prior to the conflict. Another two million have since been added to the tally.

This turmoil has created a fertile breeding ground for militarised and radicalised youth. Tunisia, the feted success story of the Arab uprisings, has contributed the largest number of foreign fighters to the Islamic State – an estimated 3,000 (mainly young) people. Anecdotal evidence shows that many of the parties in the various conflicts are using children to fight their wars. In Yemen, around one-third of the fighters are children. The Islamic State boasts that it is training children for future battles. 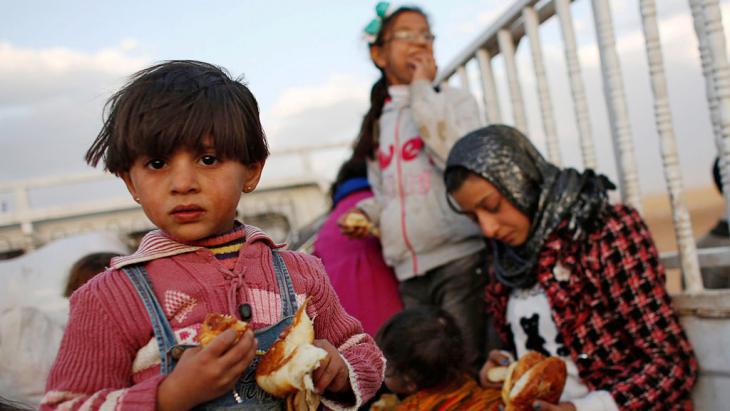 The civilian population as the loser in so many conflicts: 21 million Arab children cannot go to school and more than 50 million Arabs are deemed poor. In Syria, 80 per cent of the population cannot meet their daily needs

Brute force instead of any attempt at reconciliation

Rather than trying to ease dissatisfaction or attempt reconciliation, Arab governments are using brute force to shut down every possible space for dissent or debate. In the name of national security, citizens are stripped of their nationality, demonstrators are shot in the street and thousands are held in arbitrary detention. In Egypt, danger lurks in the squares, universities, football stadiums and even bathhouses, with the security services having detained anywhere from 22,000 to 41,000 citizens in the last year.

Torture and forced disappearances are also widespread. In Syria, 85,000 individuals are said to have disappeared since the beginning of the conflict. Another 12,000 have been brutally tortured.

Shutting out citizens from formal democratic processes is forcing political discontent further into the shadows, where it risks becoming militarised. In Egypt, there have been growing calls for more violent and radical responses to the government's clampdown. In Jordan and Morocco, the authorities are facing a rising challenge in containing militant tendencies. Indeed, as political leaders choose military repression over engagement, they will increasingly lose ground to groups like the Islamic State, the only entities in the region offering a clear – albeit brutal, and regressive – vision of the future.

At this point, an end to current hostilities in Syria, Iraq and Yemen requires national, regional and international consensus. But averting further catastrophic violence in the region will require that governments go back to basics, introduce inclusive political processes, end state-sanctioned violence, ensure due process, and address socio-economic injustices.

Obviously, that is a tall order. The scale of the challenges requires courageous thinking, bold initiatives and ingenuity by national and regional political and development leaders. Otherwise, violence will engulf the region and far beyond.

Maha Yahya is a senior associate at the Carnegie Middle East Center.

Two refugees detained in Egypt are facing deportation to Eritrea. The expulsion of the Eritreans, who have been incarcerated in Cairo for more than eight years, has been halted ... END_OF_DOCUMENT_TOKEN_TO_BE_REPLACED

International relations are shifting across the Middle East as regional powers adapt to America's retrenchment and China's growing influence. Although the region could become the ... END_OF_DOCUMENT_TOKEN_TO_BE_REPLACED

Germany's foreign policy is explicitly values-based. But what happens, Ralf Bosen asks, when democracy, the rule of law and human rights collide with the logic of trade and ... END_OF_DOCUMENT_TOKEN_TO_BE_REPLACED

"The people aren’t ready for democracy" has been the constitutional basis for Arab tyranny, its favourite slogan and its sacred narrative for more than a century. Yet, asks Khaled ... END_OF_DOCUMENT_TOKEN_TO_BE_REPLACED

A new global database shows a significant gap in reported COVID-related deaths, suggesting the actual worldwide death toll is short by at least 1 million. That's due in part to ... END_OF_DOCUMENT_TOKEN_TO_BE_REPLACED

Two decades after the attacks of 11 September 2001, the West faces the shattered debris of its failure – not only in Afghanistan, but also in Iraq, Syria, Libya and Yemen. What ... END_OF_DOCUMENT_TOKEN_TO_BE_REPLACED
Author:
Maha Yahya
Date:
Mail:
Send via mail

END_OF_DOCUMENT_TOKEN_TO_BE_REPLACED
Social media
and networks
Subscribe to our
newsletter