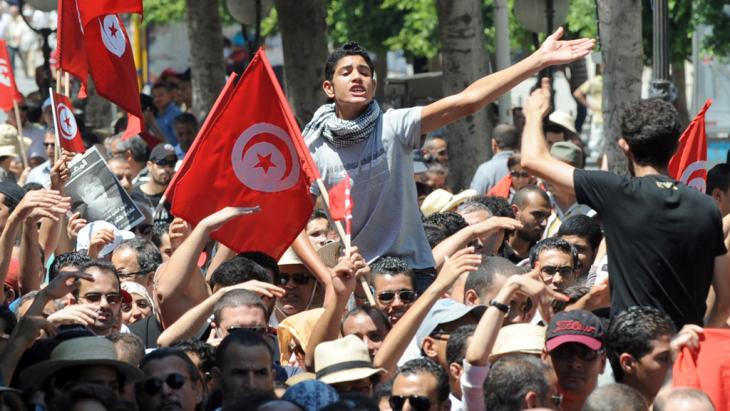 Aftermath of Political Assassination in Tunis

Government Opponents Are Put to the Test

Following the assassination of Mohamed Brahmi, the streets of Tunisia are filled with protesters. The political opposition and civil society are facing their greatest challenge since the revolution. Katharina Pfannkuch reports from Tunis

﻿The murder of the opposition politician Mohamed Brahmi has shaken Tunisia. Committed on Tunisia's Independence Day holiday, the crime is being referred to by both the government and the opposition as an attack on democracy.

While the Islamist party Ennahda, regarded as moderate, and its coalition partners Ettakatol and CPR are calling on the citizenry to remain calm, opposition party leaders are demanding not only the dissolution of the National Constituent Assembly (ANC), but also the overthrow of the government, charging that it is unable to guarantee the country's security.

Brahmi was buried last Saturday (27 July) at the El Jellaz cemetery, right next to Chokri Belaid, who fell victim to an attack last February. Brahmi and Belaid, both members of the Movement of the People party, were considered to be sharp critics of the Ennahda party. 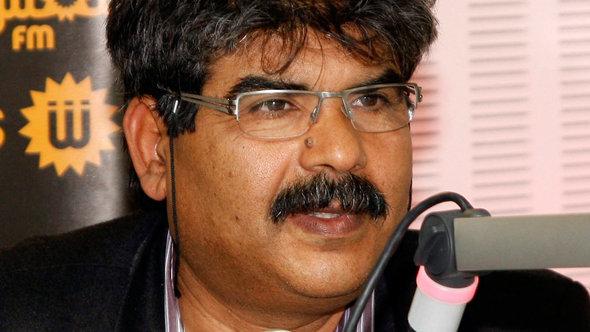 ​​The two politicians have some additional sad facts in common: Belaid and Brahmi were both shot in front of their homes with their wives looking on, and the same gun was used in both cases. Mohamed Brahmi and Chokri Belaid are now seen as martyrs to Tunisia's nascent democracy.

Just as after Belaid's death, observers now fear that a civil war could break out. In fact, however, in the roughly six months since the death of Chokri Belaid, Tunisia has seen neither a civil war nor a change in government. This is because, despite all the demands for a new government, one question always remains unanswered: What alternative does Tunisia have? Who can lead the country today into a democratic future?

Citizens are looking on in disbelief at the conduct of the opposition parties, who have been wrapped up in their own internecine struggles for months. In particular the secular party Al Joumhouri has filled the headlines these past few weeks. Differences amongst the leadership surrounding Maya Jribi and the members have resulted in a wave of defections. The most prominent examples include the party's former Executive Secretary, Yassine Brahim, and Meriem Bourguiba Laouiti, granddaughter of Habib Bourguiba, Tunisia first president who ruled the country from 1957 till 1987.

That some party members publicly announced their withdrawal immediately after the murder of Mohamed Brahmi is regarded by both the party rank and file and the public as an example of absolute tactlessness. The impression is growing amongst the populace that the opposition parties are simply unable to unite behind a single agenda and are too absorbed in their own internal quarrels to be able to take over the government. 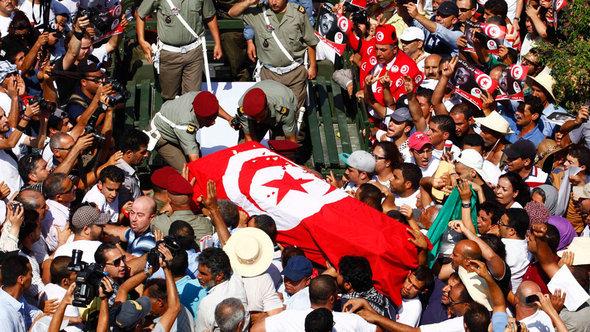 ​​The reaction of opposition members of the National Constituent Assembly (ANC) is also invoking criticism: immediately after Brahmi's murder, 42 of them resigned from office. Hattab Barakati from the Movement of the People party was the first. In the meantime, the number has increased to 65.

The citizenry sharply censures this step because resigning from office is not the same as actually giving up one's seat – the representatives continue to receive their state salaries. In social networks such as Facebook this detail is taken as an indication of the opposition's lack of credibility.

Even before the attack on Mohamed Brahmi, many Tunisians were looking to Egypt, where the opposition overcame its internal differences in order to join forces with the initiators of the Tamarod movement, the population and the military in the background in order to overthrow President Morsi.

There is also a Tamarod movement in Tunisia, which, following the Egyptian model, is collecting signatures on a petition that first of all demands the dissolution of the ANC. Tamarod Tunisie struck a combative tone on its Facebook page following Brahmi's death: "We will take over the streets of the country until the regime falls."

The Tunisian Tamarod movement has however found little support thus far amongst the public. Moreover, the Tunisian rebels have up to now strictly rejected any cooperation with the opposition parties. Instead, the activists continually emphasise their independence from any political party. Only after the assassination of Mohamed Brahmi did the Tamarod movement take up talks with representatives of the opposition. 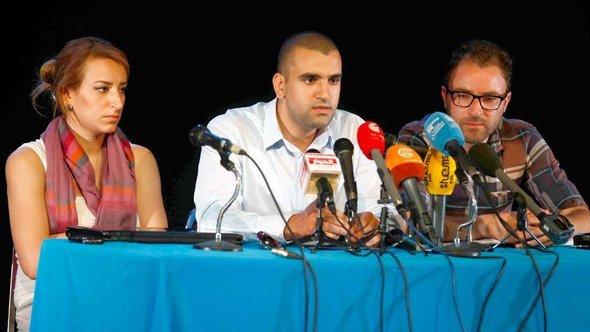 Struggle for social recognition and political relevance: "We will take over the streets of the country until the regime falls," wrote "Tamarod Tunisie" on Facebook. Pictured: A Tamarod Tunisie press conference

​​"At the moment, we would even meet with the devil if he had a party," Mahdi Said, a spokesman for the Tunisian Tamarod movement, told the news portal Tunisia Live. It is questionable whether the population regards the movement as trustworthy. But what other alternatives remain?

A scenario like the one in Egypt, where the military seized power again after the overthrow of the government, is unlikely in Tunisia. In contrast to the 420,000-strong Egyptian army, Tunisia has a force of only about 35,500 men. And they are busy fighting the armed jihadists of Ansar al-Sharia and the Maghreb branch of Al-Qaeda on the border with Algeria.

Instead of the military, former autocrat Ben Ali relied while in office on his state security and police force, which counted more than 150,000 men. His bodyguards alone numbered around 3,000. There were hardly any material resources left for the neglected military. Tunisia's military hence has nothing at its disposal comparable to the economic empire the Egyptian army was able to build up over the decades.

The distance between the army and the government is also the reason why the Tunisian military has always been quite apolitical. It by no means has the political heft of the Egyptian Supreme Council of the Armed Forces (SCAF).

One of the few political actions carried out by former chief of staff Rachid Ammar was refusing Ben Ali's command to shoot to forcefully stop the mass demonstrations in January 2011. Named Supreme Commander of the Tunisian Armed Forces after Ben Ali's flight, Ammar retired in late June.

Even in his farewell speech, Ammar remarked on the necessity of keeping the armed forces out of politics. Together with the country's military leadership, he is trying to ensure that the political neutrality of the army will be enshrined in the country's new constitution – a rejection of the political ambitions of the military.

Who, then, is capable of leading Tunisia out of the crisis? The people continue to search for alternatives and for orientation – remaining alert yet sceptical. They have learned from the past.

Business in the Moroccan city of Tangiers is booming due to its location at the nexus of global trade routes. But many locals are failing to reap the benefits. What they crave ... END_OF_DOCUMENT_TOKEN_TO_BE_REPLACED

Morocco and the European Union are at cross purposes when it comes to the Western Sahara. And, as Germany does not support Moroccan claims to the territory, a major conflict has ... END_OF_DOCUMENT_TOKEN_TO_BE_REPLACED

Recep Tayyip Erdogan, disappointed by the European Union’s reluctance to integrate Turkey into its ranks, has re-directed his country’s diplomacy toward the Maghreb and Africa to ... END_OF_DOCUMENT_TOKEN_TO_BE_REPLACED

Using a graphic novel to address a contentious issue like the Algerian war of independence may seem an odd choice, but new release "Algeriennes", translated into English by Ivanka ... END_OF_DOCUMENT_TOKEN_TO_BE_REPLACED

Although a unity government was formed in Libya in March 2021, tensions and possible crises between the political actors are already emerging. What problems does the country face ... END_OF_DOCUMENT_TOKEN_TO_BE_REPLACED

END_OF_DOCUMENT_TOKEN_TO_BE_REPLACED
Social media
and networks
Subscribe to our
newsletter