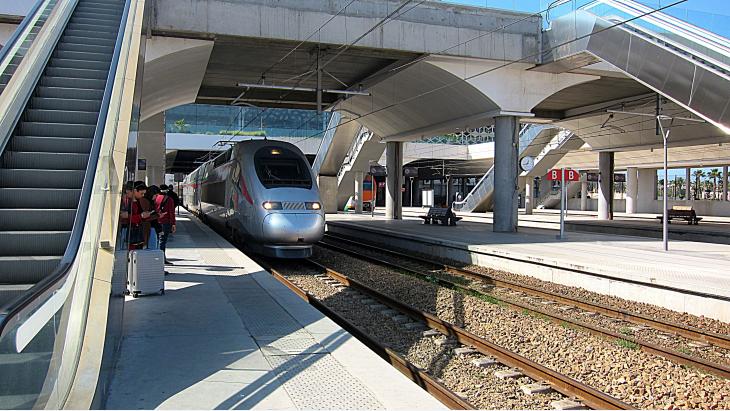 Morocco is receiving much international recognition for its policy of modernisation, but the weaknesses of the model are obvious. By Claudia Mende

Train stations in Morocco are impressive buildings, oversized dreams made of glass and concrete. Rabat Agdal station is said to be the largest in Africa. The ultramodern, high-speed "Al Boraq" train arrives here from the business metropolis of Casablanca on its way to Tangiers in northwest Morocco.

The train rolls slowly through the suburbs of Rabat, but then quickly picks up speed. After passing through the city of Kenitra, it reaches its top speed of over 320 kilometres per hour on a dead straight stretch of track. Al Boraq is Africa's first high-speed train.

It roars past corrugated metal huts, small villages and grazing sheep. Out the windows one can see women working in the fields with bent backs and farmers transporting goods on carts pulled by horses or donkeys. The contrast between the ultra-modern train and country life could hardly be greater.

By 2035, the high-speed rail network is expected to span 1,500 kilometres, eventually reaching Tripoli in Libya via Algiers and Tunis. However, relations between Morocco and Algeria have been icy for decades because of the dispute over the Western Sahara, and Libya is currently descending into chaos.

Even before the prestige project of Morocco's King Mohammed VI and France's President Emmanuel Macron was inaugurated in November 2018, the considerable costs of around two to three billion euros (depending on the source) and the lack of any public tendering process had already attracted criticism.

The train has become the symbol of an ambitious policy of modernisation with which King Mohammed VI aims to put his country in the vanguard in North Africa. 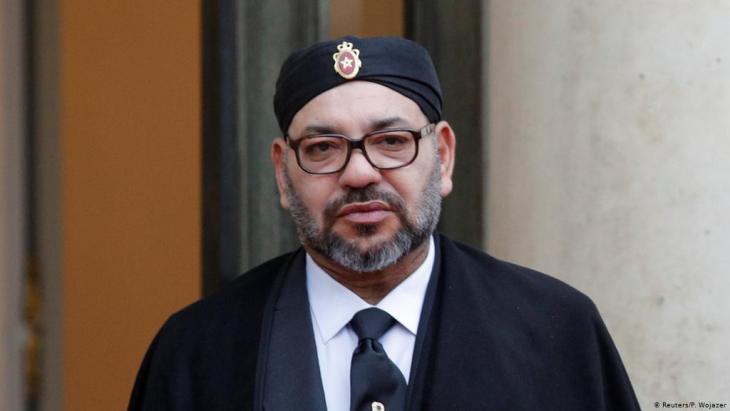 The King's new prestige object: the high-speed Al Boraq train has become the symbol of an ambitious policy of modernisation with which King Mohammed VI aims to put his country in the vanguard in North Africa

Since the turn of the millennium, the Arab country has taken important steps on its way from an agricultural to an industrial and service society. Mohammed VI, or M6 as he is called in Morocco, is pursuing a dual strategy. He wants to move closer to Europe both economically and politically while at the same time orienting the country towards the future markets of West Africa.

Tangiers plays a key role in economic cooperation with Europe. Located on the Strait of Gibraltar, just off the coast of Spain, it is predestined to act as a hub for international trade between Europe, Africa and Asia.

In "Iran. Die Freiheit ist weiblich", journalist Golineh Atai describes the dogged resistance of courageous Iranian women against the Islamic Republic and the mullahs who have ... END_OF_DOCUMENT_TOKEN_TO_BE_REPLACED

One year ago the Taliban returned to power, seizing Kabul; the U.S. and its allies made a panicked exit from the country. Of all the books written on the subject, four stand out ... END_OF_DOCUMENT_TOKEN_TO_BE_REPLACED

Unflattering terms were used at a German Football Association human rights congress aimed at "intensifying the discussion" ahead of the World Cup. One speaker in particular made ... END_OF_DOCUMENT_TOKEN_TO_BE_REPLACED

Egyptian authorities have Mada Masr in their sights once again after critical reporting. But the editor of the country's last independent news source is adamant they will continue ... END_OF_DOCUMENT_TOKEN_TO_BE_REPLACED

Like Christianity, Europe's history is one of migration. Both have strong roots in the Orient and in cultures thousands of years old. Cultural historian Bernhard Braun invites us ... END_OF_DOCUMENT_TOKEN_TO_BE_REPLACED
Author:
Claudia Mende
Date:
Mail:
Send via mail

END_OF_DOCUMENT_TOKEN_TO_BE_REPLACED
Social media
and networks
Subscribe to our
newsletter